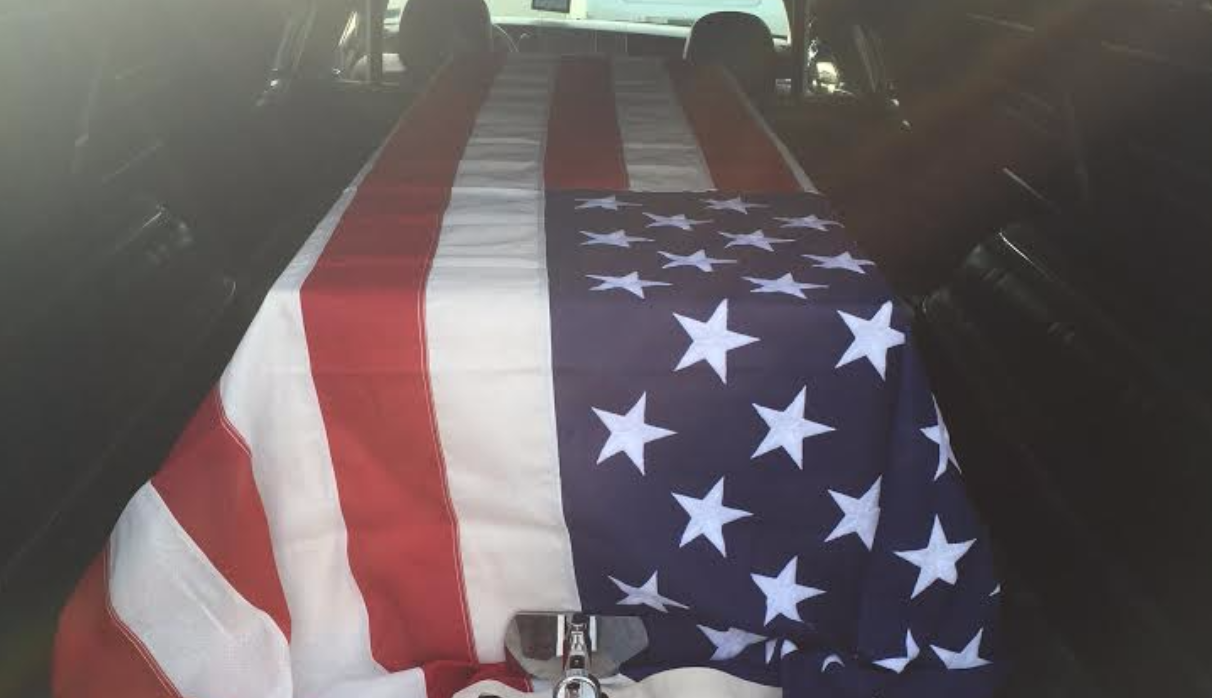 Sending my aunt’s body to Bangladesh for burial

Last week, on August 31, at 10:30 pm, I was on duty as an NYPD officer in downtown Manhattan when my good friend (Mohammed Rahman, landlord of my aunt’s house) called me. He told me my aunt was stabbed and to come immediately to the Jamaica Hospital center, Queens. 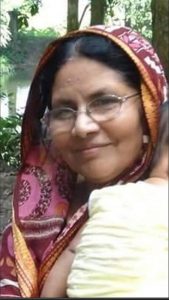 I had just made wudu, and was on my way to pray my last prayer of the day, isha, when my friend called me again saying that my uncle wants me to speak to the detective. The detective said on the phone, “between you and me, this is critical please come as soon as possible to 107th precinct Detective Squad.” That’s when I knew this is going to be a sad ending. When I get there, my uncle and cousin and my friend Mr. Rahman are waiting for me and the detective pulls out a map.

Just a couple of hours before this, approximately 8:30 pm, my aunt and uncle had locked up their small boutique gift and souvenir shop and started walking down the street. They stopped by a local neighborhood store called Dhaka Market on Hillside Avenue and bought some meats and groceries and a watermelon. They had five bags in total, my aunt carried two of the bags and my uncle carried three including the watermelon. My aunt was walking faster then my uncle, since my uncle is asthmatic and diabetic, so he wanted to catch a breath. Around 9:12 pm in the front of 160-18 Normal Road, a man approached her shouting “dinero” and then stabbed her and ran away. She walks back toward my uncle and he hears her screaming.  When he runs up to her, she collapsed in his arms saying “somebody killed me!”

My uncle thought she must have had a heart attack, but he did not have a cell phone on him.  Instead, he reached to take the cell from her purse, and as he reached over, he felt something wet on her clothes. When he looked at his hands towards one of the lights, he saw it was blood.

My cousin, my aunt’s son who is 29, understood right away, but my uncle looked confused and said to me in Bangla, “Humayun, what is he saying?” So I said to my friend, you tell him, I can’t tell him and I started crying. But then I turned to him and said in Bangla, she didn’t make it.

My uncle lost it. He started crying and screaming in Bangla: “We came to this country, a country that everyone loves just to get killed!” And then “I couldn’t save her! I was right behind her, why did this happen!”

He was repeating over and over, “I just brought my wife here just to get killed!”

That was the hardest part of my life and I wish that moment never came in to my life. I wish I did not have to tell my uncle that my aunt was murdered. Maybe it would have been possible if she suffered a natural sickness, like a heart attack, but not that she was brutally murdered for no reason at all and next to her house.

This makes no sense to me. She is a 60 year old mother and totally harmless. The douchebag who killed her lives eight houses from where she is, and spoke to her in Spanish when he approached her, which she obviously would not understand. Cameras caught the perpetrator walking towards my aunt and running away within very next minute after he stabbed her on the block of Normal Road.

This is the same street that my aunt and uncle immigrated to many years ago.  They came to this country on October 10th, 2009 after winning a lottery diversity visa to the USA from Bangladesh. They have two older kids who stayed in Bangladesh but they came with their youngest son who was 21 at the time. Their whole life here in America was set to make him comfortable and succeed here in America.

My aunt and uncle were teachers in Bangladesh for over 35 years. But when they first came here they started working at a shop that sold small items as gifts and then worked in their own store that sold gift items like purses and other things. They moved in to an area that has a big Bangladeshi population and lived in a house that belongs to a close friend of mine, also from Bangladesh.

Within a few days that they immigrated in 2009, I took them to Astoria park, right in Queens by the East riverside of Manhattan, which they enjoyed.  I learned after she was killed that it was memorable for her, because the last time I saw her, on Sunday, August 17th, 2016 at a big Shariatpur Shamity Annual picnic, she told a friend of mine how she wishes I could take her back to that park more and was remembering the times I took her there.  When I heard this, after she she was murdered, I felt bad that I did not take her back again.

After the sad news, I quickly arranged to send her body back to Bangladesh for burial. I drove with her remains to get to her flight at JFK Airport in New York. She left on an Emirates flight on Friday, two days after the stabbing, at 10pm and reached in the morning in Dhaka at 9am on Sunday. 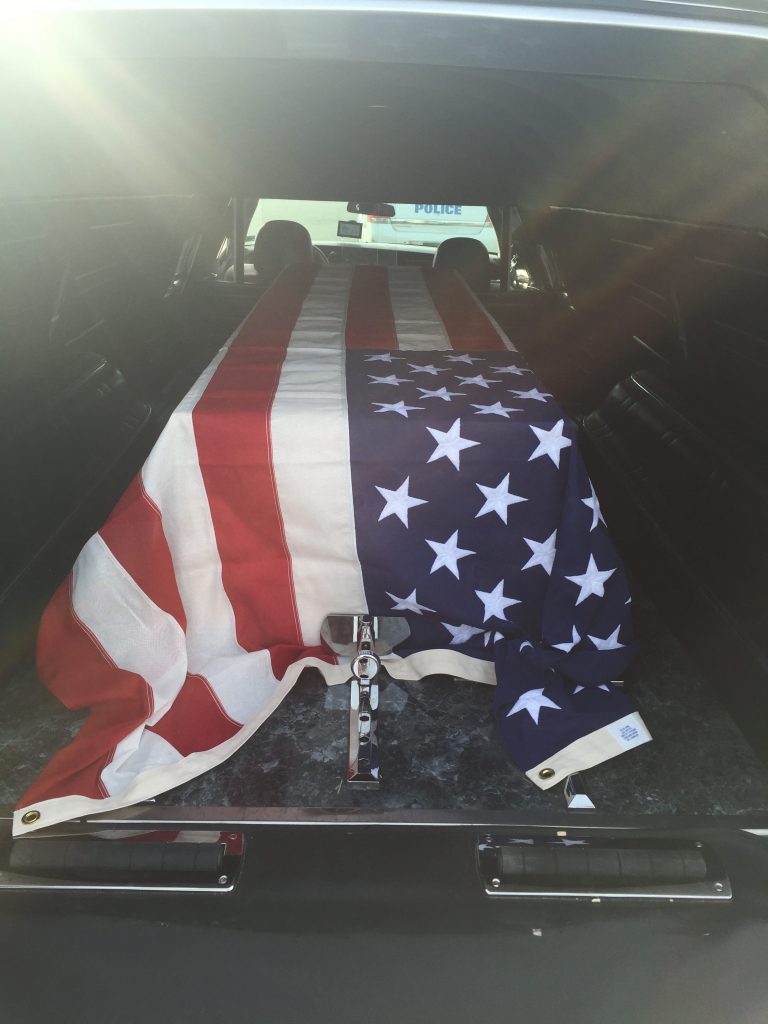 The body of Nazma Khanam arrives at JFK airport where family say their final goodbyes before her body boards an Emirates flight back to Bangladesh. Copyright Humayun Kabir.

At around 12:30 am on Sunday morning after my aunt’s body was sent to Bangladesh for burial, the detective let me know that they caught the guy and he confessed to everything. I cried. I called my older cousin, my aunts older kids in Bangladesh to tell them the good news that the NYPD captured the guy who did it. He was shouting on the phone “Why did he do this to my mother! Why her! How can a person kills a 60 year old woman who is defenseless and harmless!” 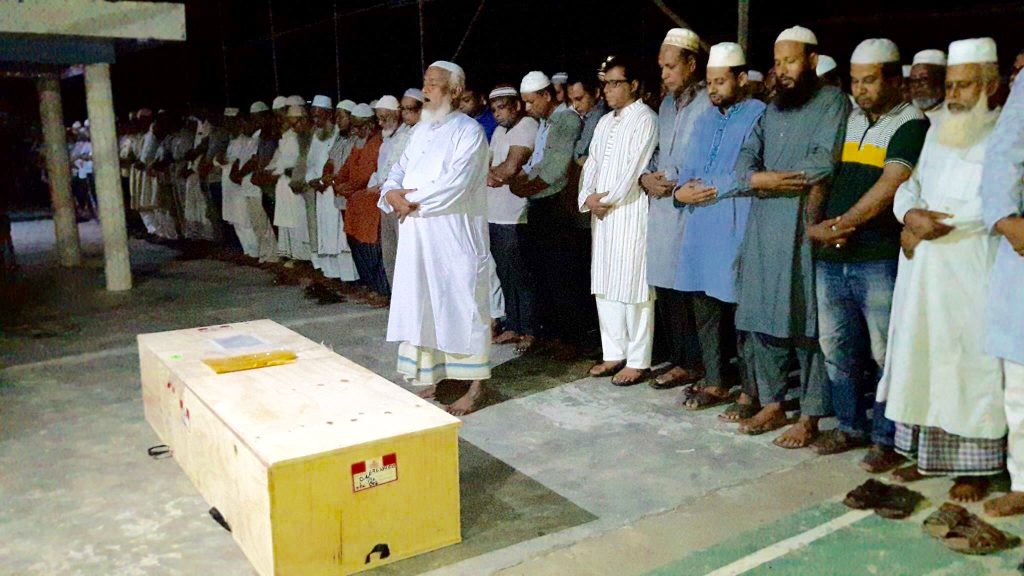 Her body was taken from the airport to the capital Green road Resistance in Dhaka where they did a janaza prayer there for family who can’t make it to Shariatpur, (her home town) where she is from. Then, the body was transported to her city Shariatpur where she grew up and taught, about 68 kilometers from Dhaka. The body was taken to her school where she taught for 35 years and then taken for another janaza place called Eid Ga field, close to her school to accommodate as many people as possible. The janaza took place there after maghrib prayers, and then the body was transported to the village where she was born, Atipara, about 3 kilometers from her school there.  Her funeral was attended by thousands of people, despite there being no electricity.  People still came out to pray for her, which shows how loved she was.

Her body was laid to rest right before isha prayer. 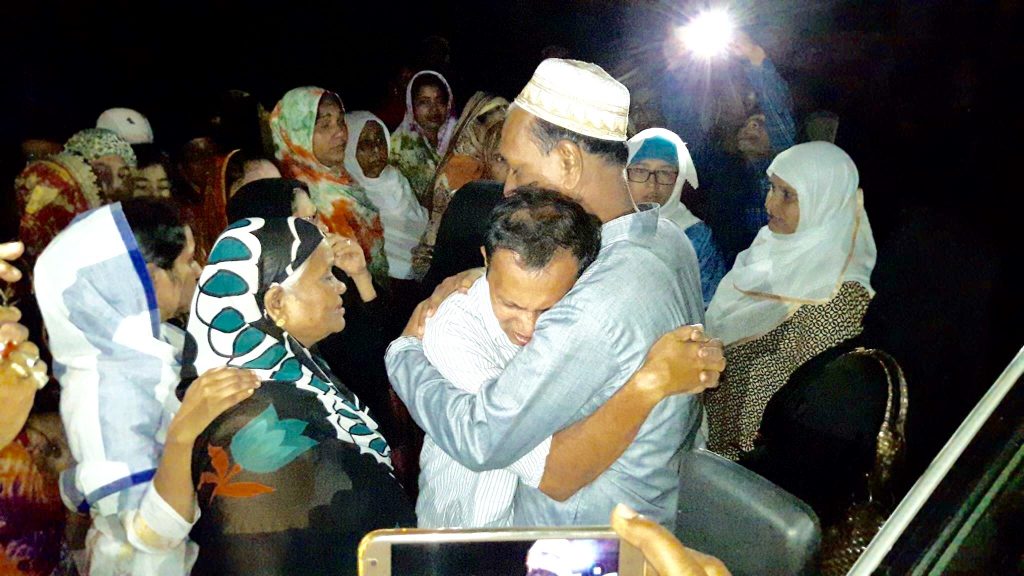 There was another janaza prayer in New York which took place Friday, September 2nd after Jummah (Friday) prayers where it may be that three thousand people also attended.

I am disgusted and my whole family is in shock. My aunt was a beloved person, she was a loving mother and wife, married over 40 years. My aunt and uncle loved each other so much and never separated from each other.

She was a loved woman and thousands prayed for her and are devastated by this loss.  It is difficult to not imagine this as anything other than a hate crime.

As told to TIM Editors

A Go Fund Me page was set up in her name

Video clips of funeral in Bangladesh, courtesy of Humayun Kabir 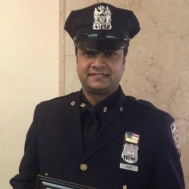 Humayun Kabir is a police officer with the NYPD.