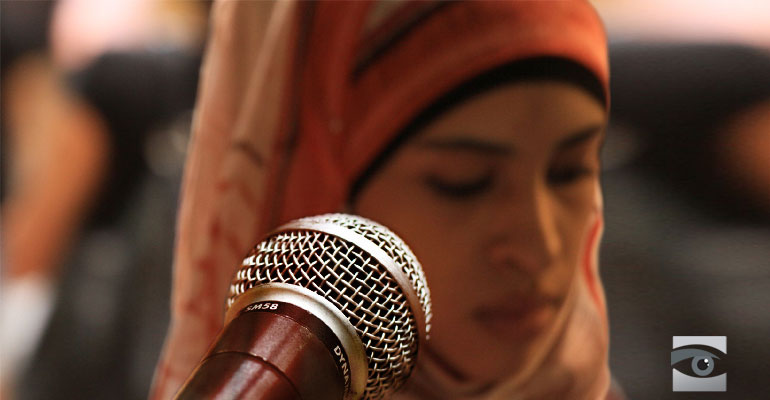 21st-Century Complexity and the American Complexion

“Tell me what democracy looks like!” came calls from enthusiastic marchers in New York on January 21.

“This is what democracy looks like!” came the response from friends and strangers lining Fifth Avenue.

I joined 400,000 people peaceably assembled in the Big Apple the day after a new U.S. president was sworn into office. People took to the streets of countless cities in America and all over the world, showing solidarity with principles of mutual appreciation, reproductive rights, and, in the U.S., affirming the power of the First Amendment. Together we were steadying ourselves for what might be the best of times and the worst of times ahead.

Many readers of The Islamic Monthly may accept “the worst of times” as given and wonder how can I can imagine “the best of times.” The best is revealed in seeing how we will step up and into our democracy. The best of times will embrace many more marches, engagement with legislators, local organizing, national lobbying and voting. In the best of times, we will be the change. I haven’t been this inspired to civic action since the relentless anti-war protests of the 1970s.

As a first-generation American — California-born and New York-raised — I was born into the rights that my Iraqi father and Canadian mother taught their children to cherish. My religion is Islam. And while my half-Arab and Muslim identities might be cause for concern going into the next four years, I find that my foundational American identity fortifies me for whatever may come.

Why? Because I believe in the Constitution.

Ours is the oldest written constitution still in use. I bow to the brilliance of its checks and balances. This system has enough flexibility to grow gracefully with our nation’s changing political, economic and cultural norms. And it may see its mettle be tested in the coming years.

I believe we will pass the test. Indeed, with all the rhetoric, surprises and switchbacks we’ve seen so far, there is every reason to expect that mid-term elections will proceed on schedule two years from now and that we’ll vote for a president in four. “Remember,” I tell my students, “we have a president, a legislature, and a court. The Constitution delimits his powers and theirs.”

Something an Iranian lawmaker once said to me during a 1999 interview for PBS adds a little perspective: “Your leaders come into office alive and leave office alive,” he noted. “We are proud that now we have achieved that, too. These are baby steps toward democracy that you take for granted.”

The American experiment, 230 short years in the making, is no longer in its infancy. We have entered the years of teen rebellion, stamping feet and identity crises. As we see our way through a multidecade tantrum of social, political and economic ups and downs, journalists, artists and analysts will continue to debate policy. Whether I scribble in the margin of a newspaper or compose a column for readers of TIM, it is my right to write. And the national issue I’ll flag in these first few weeks of the new administration is the notion of a Muslim registry.

Thanks to the First Amendment, it’s nobody’s business what faith a person practices. Religious affiliation is not counted in our national census nor is it included on passports. But concerned friends, family and colleagues have asked me: Will they make you register? Will they take you away? The answer is “no” because of the First Amendment.

Immediately after the terrorist attacks of Sept. 11, 2001, Newark’s Star Ledger published an op-ed in which I argued that it is,

“… imperative to find the guilty parties, try them, convict them and punish them. But it’s also imperative that we do not blame the innocent and curse a whole community unfairly. The world is home to 1.5 billion Muslims — an estimated 7 million in this country. The overwhelming majority are good, decent people.”

A registry would ignore that reality and violate the First Amendment’s establishment and exercise clauses: “Congress shall make no law respecting an establishment of religion, or prohibiting the free exercise thereof.” A registry would prohibit the free exercise of religion, and its creation could instill fear and self-censorship among America’s Muslim citizens and visitors. Singling out Muslims already gives the impression that we are fair game for bigotry. The same could be said of attempts to register any American citizen: Blacks, gays, Jews, and previously, Germans and Japanese — all of whom I’m certain would be among the first to defend the rights of Muslims here.

Many of us with immigrant parents are raised on the mother’s milk of patriotism. Our parents found in this nation a place to contribute their talent and intelligence. Whether acculturated or assimilated into this patchwork-quilt society, they deeply appreciate the accumulation of American-ness: being free to assemble, protest and worship; roasting turkeys on Thanksgiving; waving the Stars and Stripes on the Fourth of July; and barbecuing on Memorial and Labor Day. And every four years, dutifully helping to select the nation’s next chief executive.

Studying the First Amendment with the inimitable Fred Friendly at Columbia University’s Graduate School of Journalism reinforced my appreciation of our nation’s lofty and viable framework. Friendly was an executive producer at CBS News in the glory days of Edward R. Murrow, and later became its president from 1964 to his resignation in 1966. He then went into education, specializing in freedom of the press. Decades before Khizr Khan displayed his copy of the Constitution at the 2016 Democratic National Convention, Friendly was shaking his well-worn pocket version at wide-eyed graduate students.

Strangely, the First Amendment wasn’t an easy sell to first-time legislators. As 19th-century historian John Clark Ridpath noted in A Popular History of the United States of America, “It is strange indeed that the very men who had so recently, through perils by sea and land, escaped with only their lives to find religious freedom in another continent, should have begun their career with intolerance and proscription.” Strange indeed that some religious freedoms remain contested even today. On the other hand, contesting religious freedom may be a right protected by the First Amendment itself, which prohibits Congress from abridging the freedom of speech.

The Bill of Rights was designed to prevent the “misconstruction or abuse” of congressional powers. Given their bouts with religious tyranny in the early days of colonizing the eastern coast of the North American continent, leaders set about to guard citizens’ right to worship as they chose. But coming up with the right wording wasn’t easy. James Madison’s original provision on religion read: “The civil rights of none shall be abridged on account of religious belief or worship, nor shall any national religion be established, nor shall the full and equal rights of conscience be in any manner, or on any pretense, infringed.” The House of Representatives altered the text to read: “Congress shall make no law establishing religion, or to prevent the free exercise thereof, or to infringe the rights of conscience.” The Senate adopted, “Congress shall make no law establishing articles of faith, or a mode of worship, or prohibiting the free exercise of religion.” In 1791 — three years after the Constitution was ratified — the First Amendment, as we know it today, was finally adopted.

“Congress shall make no law respecting an establishment of religion or prohibiting the free exercise thereof; or abridging freedom of speech or of the press; or the right of the people peaceably to assemble, and to petition the Government for a redress of grievances.”

My dad, the late Dr. Mohammad T. Mehdi, was among the many Arabic-speaking students who came to the United States after World War II in what became known as the “Arab brain drain.” He stayed here after receiving his Ph.D. in American constitutional law at the University of California, Berkeley, got married, had three children, and eventually became a citizen. He was a pioneer in advancing civil rights for Americans of Arab heritage and helped to inspire diverse communities of Muslim Americans to unite as voting constituencies. He is among millions of 20th-century immigrants who have contributed to our nation’s intellectual assets, our sciences and our arts.

It is incumbent that we should welcome 21st-century refugees responding to Lady Liberty’s invitation to seek shelter on her shores. Entry must be legal and vetted by the U.S. Citizenship and Immigration Services because it is the law and not because of religion. By and large, migrants from Syria, Iraq, Pakistan and other Muslim-majority nations are educated, urbanized and cultured citizens of their homelands. We should appreciate the strengths and talents they bring to our multicolored, finely patterned, American patchwork quilt.

Presidents have gotten away with many things in the past. Perhaps just briefly, in the worst of times, one might find a way to create a religious registry. But the office of the presidency is also obliged to follow the laws enshrined in our Constitution. No matter how far a president may push the envelope of legality, our system is designed to constrain and contain the office. A president may mire the country in costly wars or hamstring its economy, but it takes more than four or eight years of an administration to turn the great American experiment into a dream gone by. 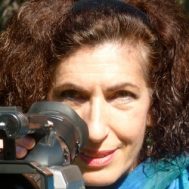 Anisa Mehdi is an Emmy Award-winning broadcast journalist, a writer and a flutist.