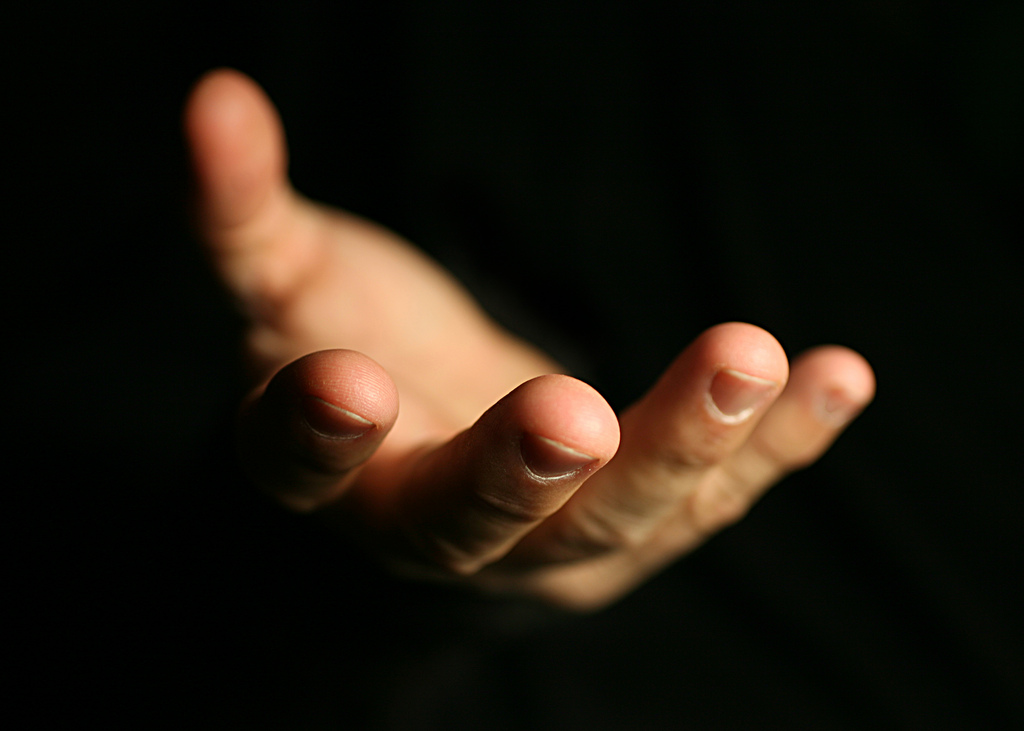 This is the third of a three-part series on domestic violence. Read Part 1 here. Read Part 2 here.

“We could tell what was happening to you, but we weren’t sure what to do.”

This is what I heard the most in the years after I initiated my divorce in 2013. As a survivor of domestic violence, I always worried about what others would think of me and my story, or if they would even listen. But I was not prepared to hear that so many of those around me could tell I was being abused, yet did not know how to help me. Those who did try to help did so in the only way they knew how: by attempting to control an aspect of my life, such as my finances or other personal choices. To those individuals, this was how you helped a woman who was being abused. But what these individuals didn’t understand was that the help they were offering wasn’t helping me break free from the control of another (my abuser), but instead was an attempt to supplant themselves as a “benevolent controller.” My gut reaction was to reject their “help” because deep down, I had already learned that there was no such thing as benevolent control.

My experience illustrates an important reality of addressing domestic violence: Often the abuse is perceived by, or the victim confides in, a friend or family member, but most have no idea how to help victims of violence. None of the individuals trying to help me wanted to see me in pain, but their lack of knowledge betrayed their good intentions and risked causing more hurt than help. 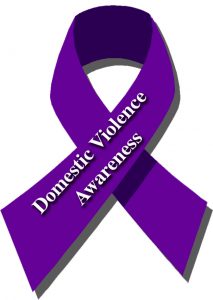 The key to addressing and preventing domestic violence in our communities is awareness: Not only does domestic violence not exist in a vacuum, but Muslim survivors also have a number of challenges and advantages. This could mean confronting norms and systems that perpetuate violence and silence victims and survivors, but it could also mean that we have tremendous power to make a difference in the lives of our family, friends and neighbors.

Looking at the problem

“Abuse” is defined as the cruel and violent treatment of a person or animal. For many people, this could mean physical violence, such as slapping, kicking, hitting, rape, sexual assault, choking and so on. Although these violent behaviors “leave a mark,” it’s important to remember that even if there are no visible bruises, it does not mean that violence did not take place. Psychological, mental and emotional violence also constitute abuse, and are illustrated by the use of non-physical, verbal manipulation to cause pain and fear in the victim, such as threatening physical violence, calling someone stupid or worthless, threatening to withhold love, or “gas lighting” — using psychological means to cause someone to question their own sanity. An example of this would be to repeatedly dismiss the feelings, perspective and thoughts of another as irrational, foolish or crazy. Abuse can also be material or financial, such as using manipulation through money, theft and other forms. In totality, all forms of abuse have the same thing in common: They are attempts to control another human being, or living thing, through coercion and violence.

While research on domestic violence in Muslim homes is limited, it is clear that Muslims are as vulnerable to such abuse as any other group, with a few key differences. First, certain types of abuse are considered normal in some spaces and cultures. Like many deeply ingrained ways of life — regardless of whether those customs are ethical — the road to addressing and changing them is long and difficult. For example, while it is well known that though the Prophet Muhammad never struck or threatened violence to a woman, Muslims still struggle in social and scholarly circles with the appropriate interpretation of verse 4:34 from the Quran, which many interpret as allowing a husband to strike his wife, be it with a soft piece of hay or his hand, so long as no mark is left or he does not hit the face. The fact that this debate exists and is still pursued so passionately suggests that Muslims in general have not reached a consensus as to what abuse actually is. Second, although there may be a single religion, how that religion is understood and practiced — and what cultures, experiences and worldviews come along for the ride — creates innumerable variables. In other words, domestic violence rarely exists in isolation. This also means that individuals may already be subjected to severe trauma through torture, genocide and other forms of oppression. Abuse, for example, is often more prevalent in homes where adults have already been subjected to some form of violence. In the case of domestic violence, children learn how to treat others and what to expect by watching their parents, and grow up to be abusers and/or victims themselves. In this vein, domestic violence is sometimes just one part of what a family or individual is struggling with.

Salma Elkadi Abugideiri of the Peaceful Families Project explains: “In faith communities … there is the added layer of a false sense of security, that if we are religious people, we are somehow immune from ‘bad’ things like DV, substance abuse, mental health issues, etc.” Additionally, as a faith community, Muslims have a lot on their minds: Islamophobia, the threat of a national registry, international wars and hate crimes, to start. To be reminded of our own need to grow, heal and support each other can sometimes seem like a lesser issue in comparison to the feeling that the whole world is on fire.

But as said above, domestic violence does not exist in a vacuum. Rather than thinking of the abuse as an isolated problem, it is more accurate to think of it as a diseased seed. If allowed to grow, it will infect the whole family and community, perpetuate itself and worsen with each successive generation. The solution to a diseased seed is not to ignore it but to pull it up from its roots.

Looking at the solution

The journey to addressing domestic violence, first and foremost, starts within the self. Knowledge is the defining factor between helping and hurting. Well-informed individuals are often the first opportunity a victim has to get help, and those well versed in active listening and motivational questioning can go a long way toward helping victims. It is important to learn what domestic violence looks and sounds like: Read, talk to survivors, find out the basic psychology behind abuse, have a strong understanding of the many sides of DV. The Domestic Violence Hotline offers great tools for what to do if you think someone you know is being abused. When it comes time to leaving an abusive relationship, it is vital to develop a toolkit or safety action plan. Domestic violence action plans are the “what now?” to any given situation. The Domestic Violence Action Center put together a safety plan for those who wish to escape an abusive relationship.

Although an individual may be a first stop in supporting victims and families, it truly takes a community to establish systems and violence-free norms. This is where Muslims could have a key advantage. Wherever they are, Muslims tend to get together, whether through groups, mosques, student associations and study circles. These global and hyperlocal communities and social channels are a vital asset in the fight against violence in all forms. For the mosque, community center or dedicated group of citizens, there are training opportunities, workshops, seminars and emergency-response trainings (resources listed below) that can create a properly versed pool of resources and support for victims and families. A few key individuals could be trained or certified in specific skills, such as trauma first response, and then offer workshops to their communities.

Violence thrives in silence. Often we think of this as international silence in regard to atrocities, such as Syria, but it also applies to communities who are silent. Talking about domestic violence is not enough to eradicate or even address it, but it does help to de-stigmatize it. Khutbas, halaqas, student organizational meetings and other gatherings are opportunities to talk about how Muslim communities can help confront domestic violence. Even Sunday school is an opportunity to strengthen communities with knowledge, teaching children about domestic violence in an appropriate way and helping them understand what they can do, or how to talk about violence to a trusted adult such as a teacher or counselor. It may be difficult to talk about issues such as domestic violence, war and hate crimes, but like all means of purification, talking about them is necessary for growth. Partnerships are helpful in this. There are larger efforts to combat all forms of violence in the home and Muslims need to be a part of them: at every 5K race, donation rally and community information session. There should be Muslim participation in the many opportunities, including interfaith ones, to partner with other organizations to bring awareness and education to our communities. The National Network to End Domestic Violence’s state-by-state coalition list is a good place to start.

Many resources and opportunities that individuals and communities can use to start building toolkits can come from Muslim organizations that combat domestic violence. Muslims have made tremendous strides by utilizing the training and resources these organizations and others like them offer, but it is clear that far more is needed.

All these organization need financial and volunteer support, but communities can also support them by utilizing the resources offered and participating in the mission to end violence in our communities.

Abugideiri of Peaceful Families Project puts it best: “DV is a form of oppression, and as Muslims we are mandated to stand against all forms of oppression, interrupting patterns and cycles, and to stand for justice, even against our own loved ones. [To allow] domestic violence to continue means that we are complicit in the damage to victims, witnesses, and all the children that are a product of violent households.”

For the dedicated individual and community, the resources are there waiting to be used. Muslim values of justice, community, harmony and knowledge combined with our vibrant, diverse communities give us everything we need to eradicate violence from our homes and communities. It is possible, and can begin right now. 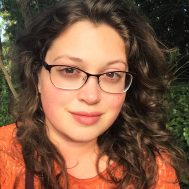