For the last few years, I’ve watched in wonder as Fox News promotes one of its signature narratives: the war on Christmas. According to leading Fox commentators like Bill O’Riley, America’s Christmas culture is under attack. The culprits: politically correct liberals who want nothing short of the erasure of Christianity from the public sphere. In this war, uttering words like “happy holidays” is a discursive assault on the pride of American Christians. Never mind the fact that American Jews, Muslims, and atheists are not Christians. Asking folks to temper Christmas and acknowledge the reality of American diversity is, according to Fox News, disrespectful. It represents yet another attempt to push America’s Christians toward an ideology of tolerance that threatens its religious identity. This is the view from Fox-land America. 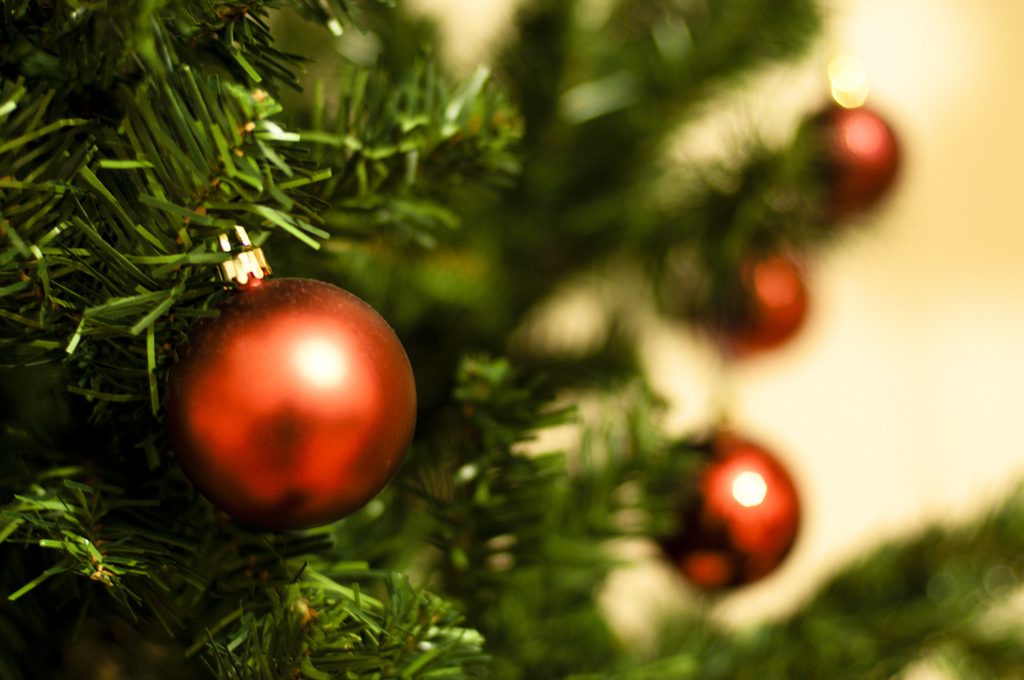 As a Muslim living in Seattle, I see a very different world. Driving down I-5, I can’t help but notice the Christmas tree sitting comfortably on top of the Space Needle. I also find it difficult to miss the beautifully illuminated trees and buildings spread throughout the city. But Seattle’s not unique. My annual stay in Miami always reveals a similar pattern. Colorful lights, imported pines, Santa Claus, and baby Jesus are highly visible symbols of a city committed to Christmas. If there’s a war on the holiday in these two cities, it must be the covert kind fought by the CIA because, from where I stand, Christmas is very much in full bloom. Indeed, Christmas is doing so well that I often find myself struggling against it.

Calm down Fox America. I don’t mean that I’m at war with Christmas. On the contrary, I’ll be the first Muslim to admit how much I enjoy the seasonal decorations and spirit. The lights, music, and gatherings are all undeniably delightful. But as a Muslim or, more precisely, as a Muslim parent, the Christmas season presents a significant challenge. It creates a compelling seasonal aesthetic that makes not being a Christian quite difficult.

Let me start with a simple but instructive example. Just a few weeks before leaving Seattle this December, during a routine trip home from the local preschool, my almost five year-old son articulated a powerful new chain of words. “Mom,” he yelled from the back seat. “Yes habibi,” responded my wife. “I want a Christmas tree.” “A what,” I said. “A Christmas tree,” he reaffirmed. Noting the complications of his request, we delicately explained that Christmas trees are for Christians who celebrate what they believe is Jesus’ birthday. Muslims like us, we said, don’t celebrate Christmas and, therefore, don’t buy Christmas trees. His response was a swift as it was devastating. “I don’t want to be a Muslim!”

Now I’m fully aware that my son’s words were that of a child caught up in the seasonal excitement. Surrounded by the decorations of an almost month-long holiday extravaganza, of course he wants a Christmas tree. Why wouldn’t he? But as a Muslim parent, that’s exactly the point. His desire for a tree speaks to the persistent power of Christmas in America. Contrary to the claim that Christmas is under attack, my son’s remarks tell us just how safe the holiday really is. He wants a Christmas tree because they’re everywhere: in the malls, people’s homes, on television, etc. He also wants a tree because we’re one of the few people who don’t have one.

In other words, his request revealed a newfound consciousness of the religious environment of America, one marked by the omnipotence of a holiday that makes him feel different and, without a tree, excluded. He wants a tree because not having one means he’s missing out. And herein is the struggle with Christmas. As parents of children who don’t celebrate Christmas, how do we demonstrate both its value to the larger community and religious inapplicability to us as Muslims?

This is a difficult question and I don’t expect Christians to answer this for Muslims. As a minority community, we have to figure this one out on our own. In truth, it’s an issue many Muslims have already addressed. Currently, my wife and I have followed the counsel of experienced Muslim parents and decided not to make this a fight. We’re not opposing Christmas in our home. Instead, we’re walking our sons through a strategy of respectful participant observation. In Seattle, where my Catholic relatives are absent, we promote detached appreciation: look, but don’t touch. Say “merry Christmas” when you know it’s a Christian. But say “happy holidays” when you don’t. Enjoy the lights, the trees, and the festivities. But know that we’re not getting a tree and it’s not a Muslim holiday. Know also that we have our own festivities and we’ll celebrate when the time comes. In Miami, where Christmas is a family event, we promote limited engagement: touch, but don’t taste. This means we give and receive gifts and attend numerous Christmas gatherings, all in the spirit of monotheistic brotherhood. It doesn’t mean, however, that we actually celebrate Christmas. No church and no Christmas prayers. That much we leave to the holiday’s rightful owners.

There’s nothing novel about this approach. I’m sure many Jewish and Muslim families before us have done the same. But what’s unique today, and has been for the last few years, is the context. Too many people today believe that Christmas is really under threat. This is because Fox-minded Americans have done an effective job of convincing others that the holiday season is diminishing. But instead of focusing on real threats like excessive commercialization, which can do a lot more to upset the spiritual nature of Christmas than anything a happy holiday-saying Muslim can ever do, they’ve promoted the myth that the holiday’s worst enemy is a liberal one. Political correctness, as they say, is forcing Americans away from their religious expression.

This is where I think Christians can help. The first thing they can do is to stop Fox-land America from making the war on Christmas believable. If my story suggests anything, it’s that the Christian holiday is anything but under threat. It also says that Christmas is doing much better than right-wing pundits give it credit for. Thus, the struggle against the lie is really no struggle at all. Simply do as you’ve always done: decorate your homes, go to church, and say “merry Christmas” to your Christian peers. And rest assured that, contrary to Bill O’Riley, you’re not doing so under duress. But remember (and this is my second point) that it’s not everyone’s holiday. While Jews celebrate Hanukah around the same time Christians celebrate Christmas, they’re celebrating Hanukah. While Eid occasionally falls on the same month as Christmas, Muslims are not celebrating the birth of Jesus. And, while most Americans might identify as Christians, that doesn’t mean Christmas has to be everyone’s holiday.