Azealia Banks, reputation, and the wild world of popular opinion

It’s probably a given truism by now that, in the current era, Muslims around the world should try and influence popular culture in a way that dispels Islamophobic misconceptions and narratives. It’s a compelling argument since popular culture shapes so much of our thinking and sensitivities about each other, primarily through its power to tell stories. Our society hangs on to the words celebrities to such an extent that we’ve started to hang our hopes on them too. 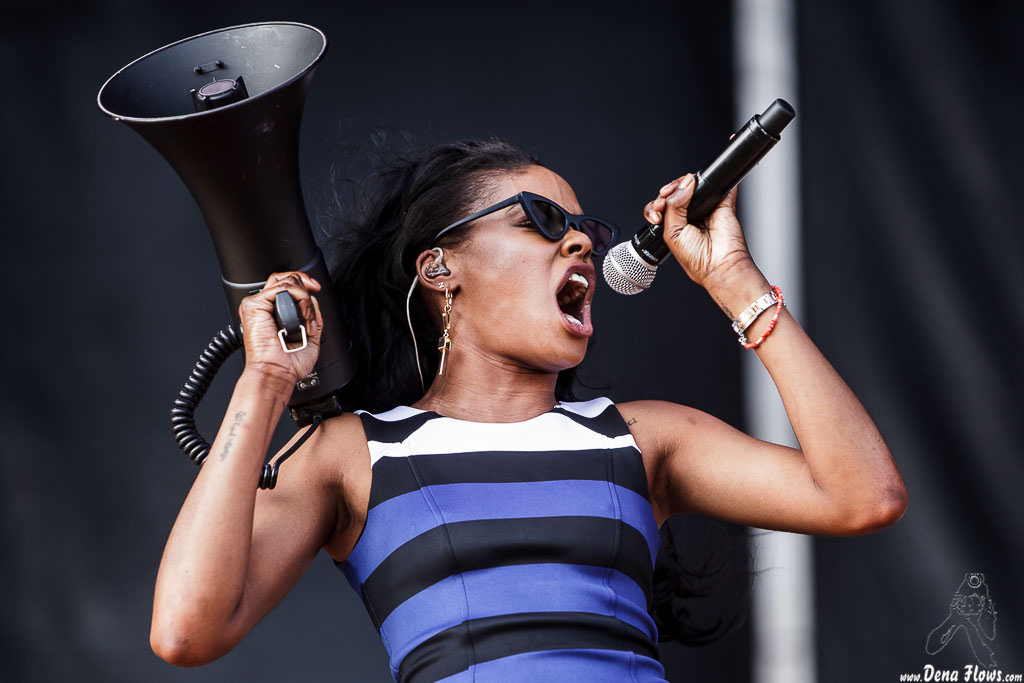 Yet the domain that produces and disseminates the highly differentiated products of popular culture is so fluid and ambiguous at times that no single person or idea seems capable of maintaining or living up to its own standards.

Let me explain with the latest, trending example: the barrage of racist insults that came from rapper/songwriter Azealia Banks on Twitter. Banks, an obviously talented artist, is known these days less for her music or lyrics than for her never-ending feuds with multiple people on social media. Her latest rant was aimed at former One Direction member Zayn Malik, whom she ostensibly accused of plagiarizing her work in one of his music videos. When Malik tweeted an obvious reply that didn’t acknowledge Banks directly, the 24-year-old rapper decided to respond by calling Malik a series of racist and homophobic epithets. When 14-year-old Disney star Skai Jackson then tweeted that Banks needed to “simmer down a little,” she was treated to a similar dosage of Twitter abuse. Banks has yet to offer any sort of apology for her words.

Banks is no stranger to social media beef or, for that matter, controversies originating outside of the Internet. She once physically attacked a man in an airport for getting in her way, and called the Delta employee who tried to placate the situation a “fucking faggot.” She also once argued with a younger fan on Instagram over her usage of homophobic slurs, eventually suggesting that the commenter will be “murdered and stuffed under a truck somewhere.” The list goes on, and a series of immature incidents dot the behavior of someone who probably senses that her career is spiraling downwards, fast. Banks was almost immediately dropped from a music festival in the UK following the Malik tweets and her Twitter account just got suspended. She’s certainly trolled herself out of a good number of fans, and perhaps a career as well.

Yet, over the past few years, Banks has also accrued a well-deserved reputation for being an artist who has unapologetically stood her ground when it comes to opinions—some of which are actually socially conscious and insightful in nature. She has, time and time again, in her (often annoyingly) brash way, spoken out about the ways in which racial and social privilege shapes much of the entertainment industry. At one point in time, she cited Holocaust reparations paid by Germany to Jewish survivors as a possible precedent for the United States government to pay African Americans financial damages for the enslavement of their ancestors. Banks became known as someone who urged black Americans to recognize the importance of these issues and to engage with them in perhaps the same bold and unapologetic manner represented in her music and statements. Much of this was, in its own way, quite admirable.

But by contrasting all that’s laudable with her more recent antics, one can analyze rather precisely the problem of waiting for popular culture to represent or project one’s own agenda. Or, in other words, to look for those who reside within the pop realm to affirm one’s own beliefs and thinking. It’s doubtful to me that Muslims in the West can establish a stable narrative within the world of mass entertainment that humanely reflects a body of religious ideals, norms or behavior.

Banks is a fallible human being who, for whatever reason(s), has made a ton of her mistakes in a very public way. And her latest episode of career-destroying conduct has deftly exploded whatever positivity ever to exist within her rather complicated and contradictory cultural reputation. This means that whoever invested their own attention or hope into her were let down, and that they have to now adapt to the new reality of a Banks who has no problem tweeting out terms like “sand nigger,” or to use cultural designations like “Punjab” as a racial pejorative and insult. The whole thing is a good example of how volatile popular culture can be (buoyed by the Internet), and how fast an apparently good and worthy thing can, overnight, transform into an utter mess.

It’s also yet another example that goes to prove that a person’s conduct doesn’t always have to match up with their reputation, and if you’re too invested in the idea of what a public figure actually is then you’re probably setting yourself up for an eventual letdown. This seems like an obvious truism, but is often forgotten in a somnambulant way by those of us who apparently can’t help it but consume hours upon hours of pop material, allowing ourselves to be shaped by whatever artist or performance that happens to be in front of us.

It’s important for Muslims to build community capacity in a way that doesn’t always look to popular culture for validation, whether it’s Ben Affleck losing his cool on Real Time with Bill Maher, or Lindsay Lohan carrying a copy of the Quran. None of these things represent the true nature of what Muslims in the West must do in the current post-9/11 culture—only we can determine that, and, in the process of doing so, validate ourselves.