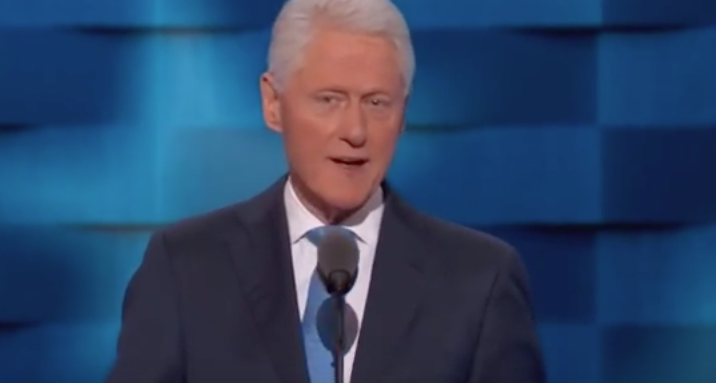 Perspective: Bill Clinton: Willing to Allow Muslims to Stay in America If They Meet Certain Conditions?

Watching the Republican convention was like watching a horror show with a critical caveat. The monsters were real! No American presidential candidate in recent years has so alienated and frightened American Muslims as Donald Trump has. So, I waited for the Democratic convention with great hope for unity, inclusiveness and positivity.

But Bill Clinton’s speech really got to me.  I listened to Clinton’s speech as a big fan and someone who has met him on a number of occasions, knowing he would include Muslims in some positive form in the speech itself. One exchange in particular always remains in my memory when he summarized, quite accurately, the constitution of Medinah. Clinton in his second term also reached out to American Muslims more than any President before him.

But late last night in his speech at the Democratic Convention in Philadelphia he made a comment about American Muslims that left me puzzled.  “If you’re a Muslim and you love America and you love freedom and hate terror,” he said, “stay here and help us win and help us make a future together. We want you” (emphasis added). No doubt he intended to convey to Muslims, and the rest of America, the contrast between Donald Trump’s exclusivist, neofascist attitude towards Muslims, and Hillary Clinton’s progressive, supportive and inclusive stance towards all minorities including American Muslims, but the one line that mentioned Muslims may have fallen far too short, and even dangerous in repeating the same patterns as other Islamophobes during this election cycle. The former wishes to ban us, and the latter…well this may be the issue I’m struggling with.  The message stated by Clinton is we, American Muslims, can stay here if we love America and freedom and hate terrorism. How generous!

The implication of his statement is that American Muslims are trying to leave, and he is urging us to stay.  And yet, American Muslims have been here for centuries now. Many of the slaves who built this country were Muslims forced to hide or leave their faith. Secondly, why the conditions? And why only while speaking about Muslims would he mention the word terror?  Perhaps he could have taken a page from the speeches given by President Obama who on numerous occasions has acknowledged that Islam and Muslims have been an integral part of America, from the beginning and American Muslims have and continue to contribute to American economy, culture and its much touted greatness.

The problem with the semantics of What Clinton said in his speech is that it borrows the Islamophobic assumptions that have plagued American political arena in the past several months. This was a good opportunity for Bill to push back against it and shift the conversation. Unfortunately, he framed his arguments within the same parameters of the Islamophobic discourse employed by Trump which treats Muslims as unwelcome foreigners.

Arguably, in one stroke, Bill Clinton has erased all the gains made under President Obama. We have gone from being an integral part of America to we can stay if we meet certain conditions. In this election season we have not only seen the difference between the Republicans and the Democrats but also between the Obamas and the Clintons.  Let’s hope that  Hillary Clinton can include Muslims in her speech tomorrow that does not fall in to the same semantic traps as others during this election season.

Muqtedar Khan is Professor at the University of Delaware and Senior Fellow at the Center for Global Policy. His website is www.ijtihad.org and he tweets at https://twitter.com/MuqtedarKhan.