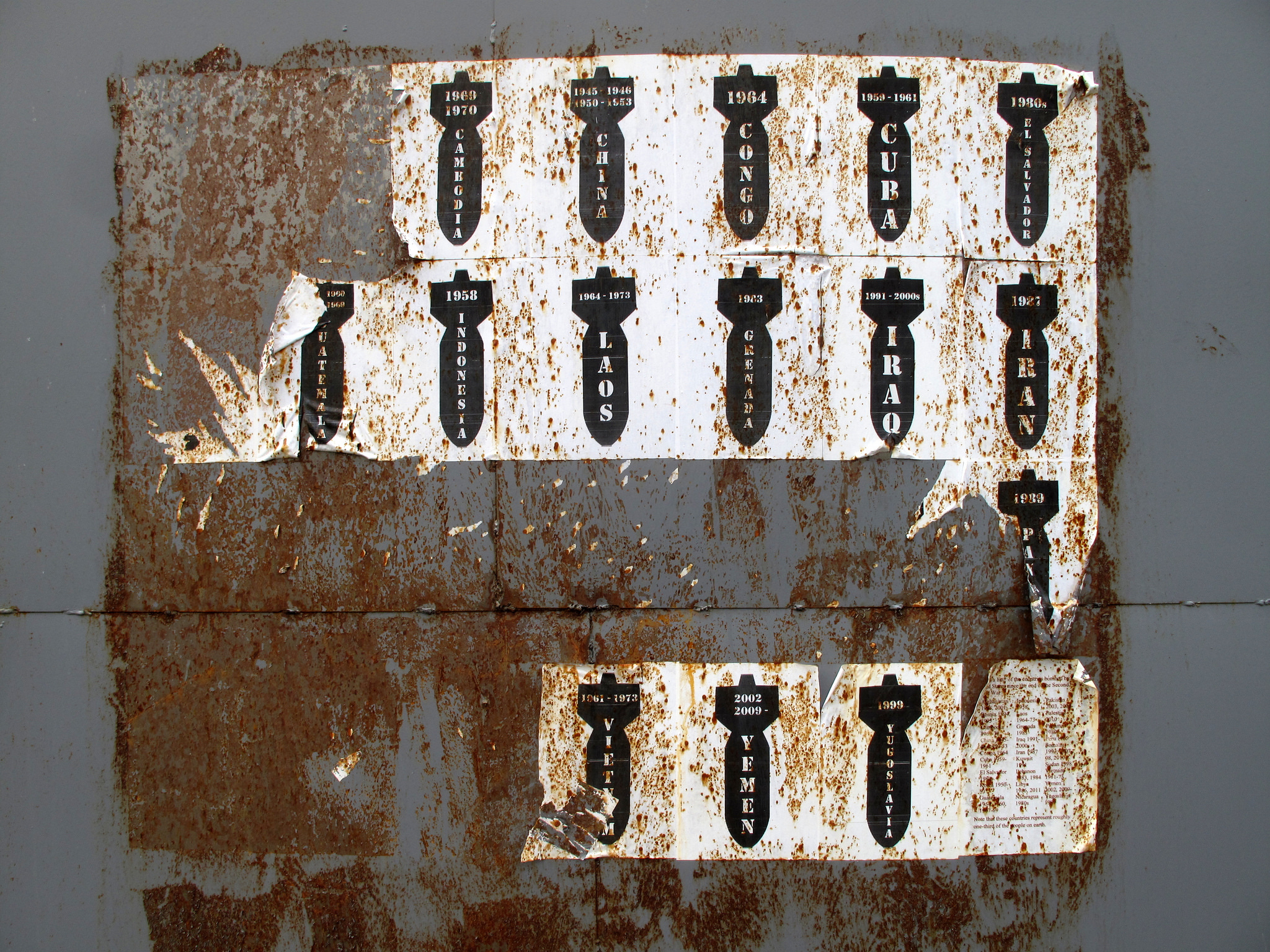 The Bomb to End All Bombings – If Only

When history looks back to this era, this will be a day to recall — that is if our lines to our future continue as now, without a sudden nuclear holocaust in between. We heard the news in the late afternoon: The United States, the world’s only super power, dropped the largest non-nuclear bomb in the history of mankind on one of the world’s poorest countries — Afghanistan. The bomb weighs 21,600 pounds and affects a wider area because it explodes in the air. It is estimated to kill people within 1.7 miles of the blast’s epicenter, and causes deafness among people up to 2 miles away.

I won’t say that the strongest country in the world bombed one of the weakest because when you have such immense military might but choose to use it against a militia of 700 to 800 men in one of the most war-torn, impoverished countries in the world, it is not a sign of strength, but of swagger. This is proving true the day after. CNN tells us that 36 Daesh fighters are reported dead. To put this into perspective: The United States dropped that horrific bomb — which cost $300 million to develop and over $16 million for a single unit — in an area that in 2006 had a civilian population of 95,000, to kill 36 men.

Locals said the skies were aflame, the ground was shaking and children were screaming with fear. It is hard to wake up in peaceful Washington, D.C., with our children scrubbed and ready for school and not think of the terror we may have wreaked on similar children in Nangarhar.

Afghanistan will survive, of that I have no doubt. Afghans have always had an inner iron core of dignity and resilience. So many I have met are inherently peaceful, deeply exhausted by violence and war, and in search of peace. Yet throughout history, by accident of geography, their villages and mountains, their valleys and homes have been at the epicenter of imperials wars. When attacked, they have fought back. But what is the aftermath of this bomb?

In the U.S. media, the grotesque attack of April 13, 2017, was a minor blip in the nightly cable news. That in itself is appalling. U.S. citizens have long been lulled into banality by a media that needs no state censorship. Sixteen years of perpetual war have either been ignored or when shown, depicted through night-vision goggles akin to a video game by journalists embedded with the army — hardly a means of ensuring objectivity. The corporate and advertising interests of the cable channels are clearly censors of a higher degree.

Doubtless, though many will spin this tale to justify it as the war against Daesh, taking it to the heart of their operations in Nangarhar province, that borders Pakistan. They will remind us that Daesh is active and evil in this region, killing people with deliberate cruelty, closing down schools and putting 300,000 kids at risk of growing up illiterate. In September 2015, Khaama news agency reported on the levels of barbarism in the region and Daesh’s recruitment of child soldiers. Horrific events. We know too well how horrific Daesh is. To justify the bomb, military reports suggest that the local population was already removed.

But does a 21,600 pound bomb solve the Daesh problem? If the local population had a say, what would be their solution? Would they want this bomb on their land? This is the ultimate question we have to ask today. Omar Zakhilwal, the Afghan envoy to Pakistan, tweeted his response saying:

2/2: If big bombs were the solution we would be the most secure place on earth today.

As to those who say the bomb was necessary to destroy the underground tunnels, here is the question: How can a bomb with a one-mile radius impact be targeted? How can it not affect those same children, those same families who have already lost their fathers and sons to the horrors of Daesh? When will we hear of the human cost of this attack? What of the long-term effects?

In Iraq, U.S. bombs released vast quantities of depleted uranium into the soil and waterways. It has left American soldiers who handled the equipment debilitated and ill. But the impact on Iraqis has been even worse, with unprecedented levels of childhood cancer and birth defects. America went to get Saddam and his non-existent nuclear weapons. Instead it left a million dead and counting, and proliferated its own radioactive, chemical waste to punish the unborn. Is it a wonder that rabid anti-American sentiment has flourished?

Like much of Afghanistan, Nangarhar province seems to have a rugged beauty. About 75% of its economy is agriculture, its people are farmers. That means each of us who lives in the United States and pays taxes is implicated in this attack against poor farmers.

It is not even the first time that we’re attacking them. Nangarhar farmers cultivated poppy to make a living. After 2003 when the U.S. insisted on eradicating poppy cultivation, our policy makers didn’t think to compensate the farmers. Many of them were in debt to drug traffickers who had paid upfront for their harvest. With no means of repaying their debt in poppy or money, the farmers had to give away their daughters to pay their debt. We may say that giving up your children to pay a debt is barbaric. We may argue that they could have found another way. But that is not the point. We did not give them alternatives. It was our policymaking ineptitude that did not understand the local context, the true cost of our policies, or indeed who bears that cost. It is harsh or uncomfortable to know that as hard-working, good Americans, we are somehow complicit in the rape and lifelong slavery of Afghan girls.. And now, with a 21,000-pound bomb, we are complicit in terror and devastation once again. But until there is acknowledgement, there can be no change.

Perhaps the hardnosed real politick types among us will shake their heads and claim that while it is indeed unfortunate, it is nonetheless a necessity, as it will send a signal to the world that the U.S. means business. Or maybe this is, as the bombastic Sebastian Gorka said in our BBC interview the sign that “the grownups are in charge now.” 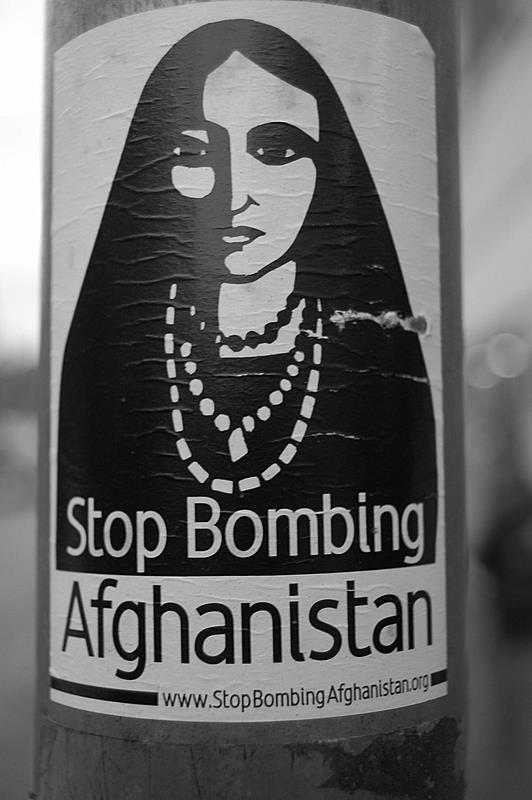 I beg to disagree. Afghans are already pointing out that the narrow focus on Daesh is strengthening the hand of the Taliban once again.

For too long, the U.S. approach to foreign policy has been akin to the story of the Cat in the Hat Comes Back by the immortal Dr. Seuss. A magical cat plays with the children while their mother is at work. He spills something on the carpet and tries to clean it, but makes an even bigger mess and so it goes on until the entire house is smeared. Then Thing One and Thing Two, his cleanup crew, arrive in time to save the day. But in the case of the U.S. in the Middle East since 9/11, the mess just grows, the extremism metastasizes and so do the weapons and our military budget.

I wish I could rest a little easier thinking that this big bomb, will be the end of Daesh and its horrors. But I don’t think so. I think it is accelerating the coming of worse things. If we ordinary, middle-aged, educated, moderate pluralists are enraged by this act, how could it not affect those closer to its devastating impact? When will our politicians and military men understand that we are in a new age? The $16 million bombs will not stop the next lone attacker. This is asymmetrical warfare of an unprecedented kind. And it will not be won through arsenal and bloodshed. Daesh and other extremist movements demonize the West, dehumanize “the other” and radicalize the most vulnerable by giving them false hope wrapped in machismo.

By terrorizing civilians, we too are dehumanizing “the other” and feeding the Daesh narrative. We cannot claim to fight violent extremism by perpetrating actions of extreme violence. It has been like this since 2001. So we have a generation of Americans entering adulthood believing that perpetual war is the norm.

Yet the cost to all of us is immense. Between 2003 and 2014, the Afghan war cost the United States at least $685 billion dollars. In 2015, the cost of maintaining one American solider in the Afghanistan was $3.9 million per year. Those funds could go a long way toward improving the lives of Americans. They could have helped Afghanistan find its own way to peace, if only we had listened and invested in those who cared for their communities. Indeed, $3.9 million could go a long way for the farmers of Nangarhar, or the women who run schools and shelters across the country. Imagine if that money was in the hands of the tribal elders who have their communities’ interest at heart.

The damage done to U.S. credibility and legitimacy around the world is unfathomable. The irony and tragedy is that so much of the extremist ideology of which Daesh is one branch, is rooted in the minority sects that long thrived only in the Arab countries that are the closest allies to the U.S. They too have expanded their reach and planted their ideology around the world.

Mother of all bombs >Flickr/Robert Karma

As much as politicians and experts want to complicate issues, this is not a complex matter. People the world over want to live with dignity and security. They want their children to be healthy and have decent lives. If we want to stem the Daesh flow, we have to do it by being smarter. Although security measures are needed to prevent their attacks, we have to stop and consider what we stand for, not simply what we are against. Dignity means the right to education and shelter and jobs, to free expression and inclusive citizenship. It means having a state that cares for its citizenry, and justice and policing systems that protect people, not succumb them to more injustice. These values are our greatest “assets” but mean nothing if we do not live and act by them.

There is only one possible pale silver lining to this devastating event. Perhaps it will finally be a wake up call that the vast weaponry and nuclear arsenals of the 20th century are truly obsolete in the peace and security realm of the 21st century.

We cannot bomb away a mindset, an idea or the root causes that drive Daesh’s recruitment. And in pursuing this approach, we must be aware of our own metamorphosis. When the lines between extreme violence and violent extremists become so blurred, by using one, we too are becoming the other. This is no legacy to leave for our children. 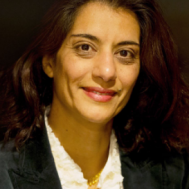 The author is co-founder and executive director of International Civil Society Action Network.