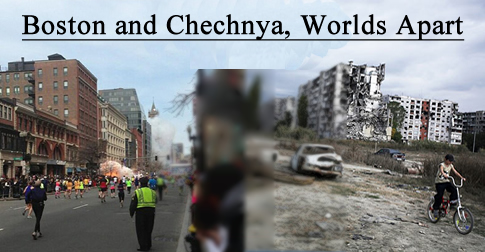 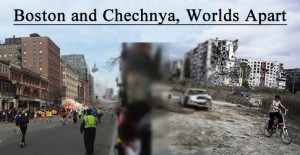 The recent tragic events in Boston, where two young American Chechen brothers may have killed three bystanders at the finish of the Boston marathon, wounding nearly two hundred other people, has dominated US media for a week and created a confusion of international responses. It has also brought a new awareness to the US public of the complexities of Chechnyan history, a Muslim region which has been at war with Russia for its independence and has been noted for its devastating terrorist violence.

Tamerlan and Dzokhar Tsarnaev – one dead and the younger brother now in custody and being treated in a Boston hospital – are the suspected terrorists behind the Boston outrage that has received world attention. The wanton destruction of innocent bystanders – a young woman, a child and a Chinese graduate student – as well as all those maimed by the home-made bombs has caused an outpouring of sympathy in reaction from all over the world.

Critics in the Arab social media however have complained that the global media was paying undue attention to the Boston bombing as 55 people were killed the same day in Iraq and the deaths in Syria continue day after day with no end in sight.   Initial Russian reactions were incredulous – with some commenting on the adverse affect it would have on relations between Russians and Americans who would now discriminate against refugees from Chechnya. The Russian-backed President of Chechnya said there was no connection between his country and the Tsarnaev brothers – “they were raised in the United States and their attitudes and beliefs were formed there.”

Most official comments were standard condolences deploringthe violence but some like the Egyptian Muslim Brotherhood spokesman revealed a defensive attitude in his remarks in Arabic, following the official conventional message in English for the international audience.  Dr Essam El-Erian referred to Mali, Syria, Iraq and Somalia and even the Kurdish conflict in Turkey with a series of rhetorical questions; “Who planted Islamaphobia through research, the press, the media? Who funded the violence?”

While he does not answer his own questions, the insinuation is that these events are all connected and the West has brought it on itself, as he says that “the march of the Arab peoples will continue.” However, the tangled politics of the Caucasus reveal that the situation is more complex and he is indeed right to ask who funded the violence.  The answers lie in the murky connections of the Chechnya wars and the unholy alliance between Chechen separatists and Islamic jihadists, inspired by al-Qaeda and funded by Saudi based Wahhabis.

Over the last decade Islamist terrorists have co-opted the Chechen cause as part of the global jihad. Al-Qaeda’s involvement in Chechnya has grown steadily and the originalleader of the foreign mujahedeen in Chechnya was a Saudi named Ibn al-Khattab.  Although most jihadists could not speak Russian, they still viewed the Caucasus as a hotbed of jihad and hoped to link up with Muslims in Turkey and Iran to defeat Russia.  Most Chechens however only wanted independence from Russia and as moderate Sufis they did not share the expansionist goals of Al Qaeda.  Nevertheless once theyreceived funding from wealthy Persian Gulf patrons, they adopted the jihadist ideology of the extremist Salafi or Wahhabi doctrines as taught by Saudi clerics.

As Islamism replaced nationalism, thousands of young Muslim men from the Middle East and Europe went to Chechnya and after the Russian withdrawal in 1996, the new Chechen government welcomed the continued presence of Ibn al-Khattab and his followers.   Al-Khattab understood the value of Islamist propaganda and distributed tapes and videos through websites and a network of mosques as a powerful recruiting tool, set up training camps and in 1998 established the Islamic International Peacekeeping Brigade which consisted of Chechens, Arabs and other foreign militants.

The network was based on generous funding from the same sources that financed Al Qaeda in Afghanistan.  The Saudi based charity Al-Haramain for example, financed extremist groups of Wahhabist orientation to create an Islamic state in Dagestan and Chechnya.  The Russian security agency reports that up to $1 million a month in remittances from Islamists and the Chechen diaspora reaches Chechnya, delivered by couriers through Georgia.  In 2002, many Al Qaeda operatives settled in northern Georgia to support Islamist cells in Chechnya and Europe.

US and European officials eventually became aware that hundreds of jihadis operating in the mountains of the Caucasus were only three hours by plane from Western Europe.   As a Washington based counterterrorism research institute pointed out in 2005, Chechen jihadists may have seemed half a world away but distance is no longer a guarantee of immunity from terror.

Now in 2013, with the Boston bombings, Chechen terror has come to the US homeland.  What links the two Tsarnaev brothers with the armed Islamist movement in the region remains to be established.  With only the critically wounded 19 year old Dzhokar to provide authorities with information, it appears that we can only conjecture at this stage.

It appears that Tamerlan, who had spent six months in Russia in 2012, had most likely become converted to radical Islam and recruited his younger brother.  Jihadists in Chechnya and neighboring Dagestan are recruiting young people who see their fight as against Russia as well as against the West.  The corruption of the Dagestan government is considered to be a driving force for young people to join the insurgency, as extremist religion offers laws and guidance in an alternative society. Young men without jobs, families or hopes for the future are easy recruits into the dangerous brotherhood of religious secret societies.

The official media arm of the Chechen mujahedeen, the Kavkaz Center, published a blog this week that suggested the Tsarnaev brothers could not be terrorists because their actions were so badly planned and executed.   But obviously someone had radicalized the brothers and encouraged them and it is shocking to think that it could have happened simply because they were loners or “losers” as their uncle suggested.  Living without parents or a community support system, brought up in a violent and unstable part of the world, unable to assimilate into the US although both brothers seemed to have ample opportunities to do so, these do not seem to have been sufficient reasons for them to build bombs and kill Americans.

Something very profound affected their thinking and as time reveals more details, it could well have been the influence of radical Muslim clerics like the Lebanese Australian Sheik Feiz Muhammad, referenced on Tamerlan’s Facebook page orChechen militants the brothers perhaps knew from their school years in Dagestan before they came to the US.

There is a bizarre irony somehow that the Tsarnaev brothers were both keen sportsmen, with Tamerlan having dreams of boxing for the US in the Olympics and his younger brother a wrestler and soccer player.   Now with their inexplicable and heinous terrorist act at one of the world’s great sporting events, the Boston Marathon, they have destroyed more than just their lives and those of the people they killed.  They have temporarily destroyed the image of international sports as something that transcends political extremism in a spirit of goodwill and peaceful competition.  Now more than ever, Russia will beparticularly sensitive to the international image of a violent insurgent Caucasus because of its proximity to Sochi, site of the 2014 Winter Olympics. The legacy of the Tsarnaev brothers whatever its malign inspiration and its dark origins of destructive hatred will hopefully be overtaken by the spirit of the Olympics next year and all the positive good that represents. 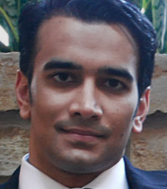