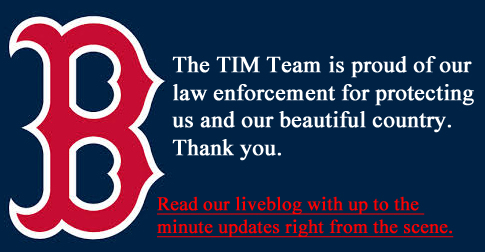 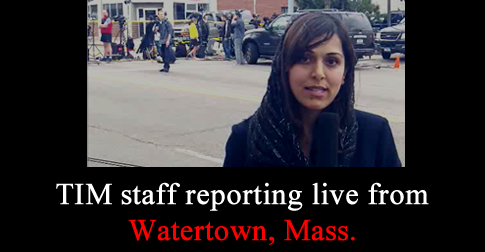 Thank you for visiting The Islamic Monthly as we brought you live updates directly from our team in Watertown, MA. TIM editors and writers will now focus on bringing thoughtful analysis and insights into the complexities of this case.  We urge you to keep in touch with your favorite news sites for breaking news and stay with us for intelligent perspectives about the case.

4:00 PM UPDATE: Live reporting from Watertown, MA: Cops are everywhere. side streets are all cordoned off with caution tapes. Small groups of swat teams move to and from houses at random screaming from megaphones as they cautiously approach homes to search it intensely. The scene is intense. One of our editors stopped to get gas and had numerous cops swarm the car demanding ID. stay tuned.

4:38 PM UPDATE: The military has been going door to door here. All side streets between Belmont / Trapelo and Mt. Auburn are completely shut. Police are clearly on heightened state of alert, any movement has then reaching for their fire arms. Our team waves press credentials to get access to some of the side streets. 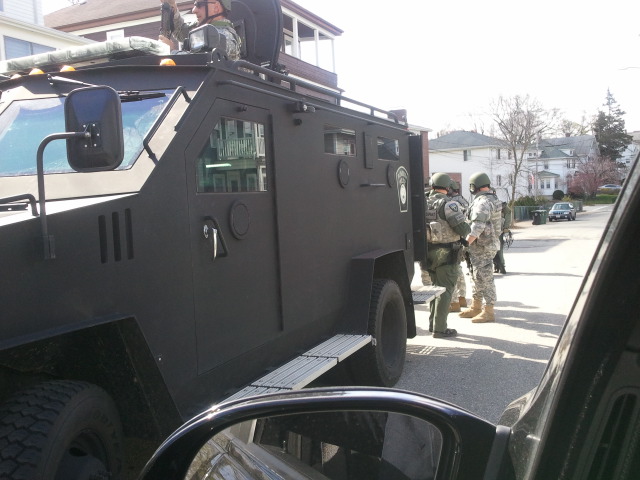 5:00 PM UPDATE: All morning police have paid special interest to this street in particular. Press has gathered here on Mt. Auburn street in Watertown since the early morning. 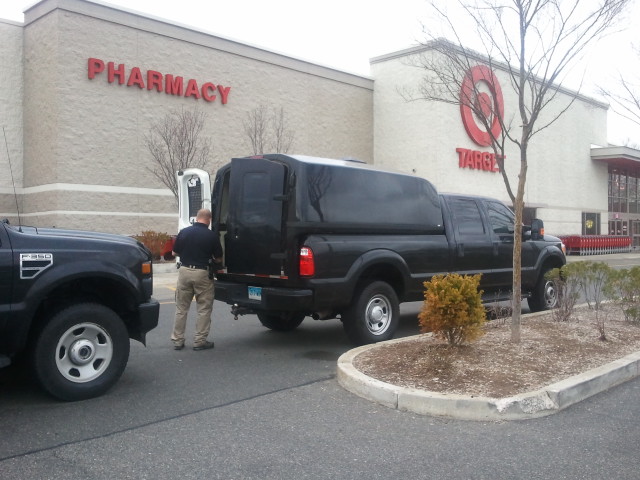 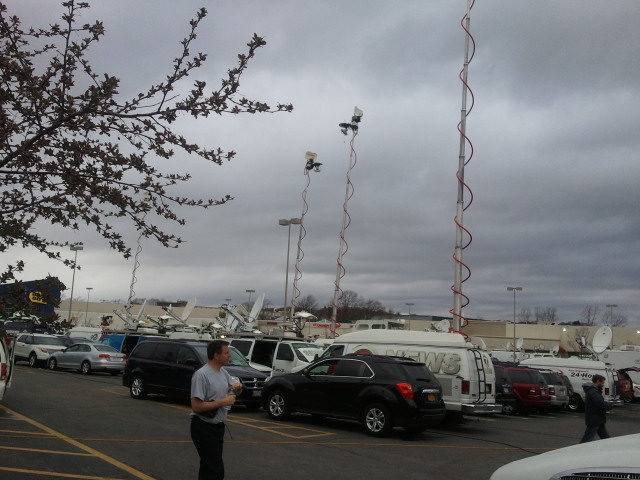 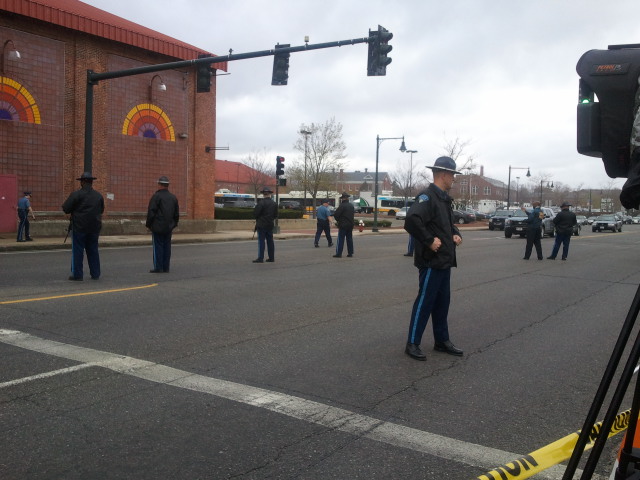 Trash which was supposed to be picked up today litters the street. 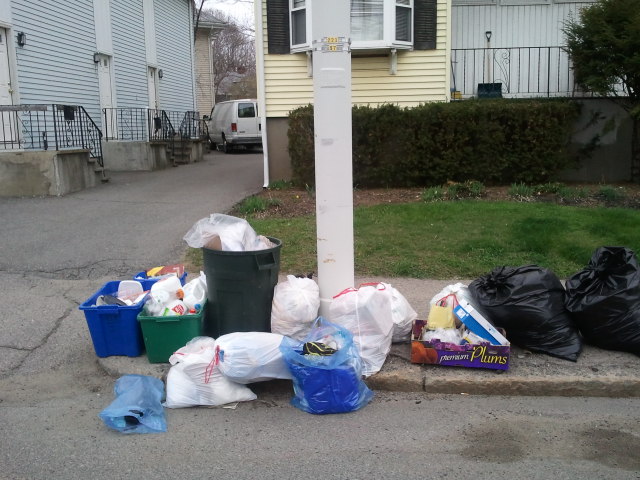 6:20 PM UPDATE: Some of the houses in the tightly secured area have had cops stationed at their homes all day. Some are now reporting that the cops are leaving their homes.

7:00 PM UPDATE: Gunshots fired moments after lock down ban was lifted in Watertown.

7:30 PM UPDATE: Suspect likely hiding in boat not too far from where the press is gathered, possibly shot

8:30 PM UPDATE: Standoff continues; authorities are reportedly worried about the gas tank in the boat potentially being explosive. Meanwhile, on other streets people are about, grocery stores have now opened.

9:05 PM: A big sigh of relief felt by everyone here. Neighbors are coming out of their homes and the street is filled with applause as the cops drive by. We at the Islamic Monthly applaud our law enforcement for their hard work and keeping us all safe. God bless America!

6:23 AM Saturday:   A rainy day in Watertown. Franklin street (below) remains closed for investigation.  The home with boat is just a few houses down from this photo.  Press is still stationed but few cops left in the vicinity on other streets. 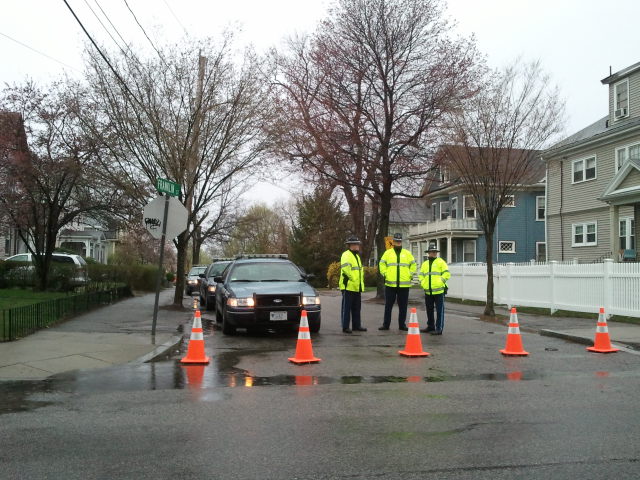 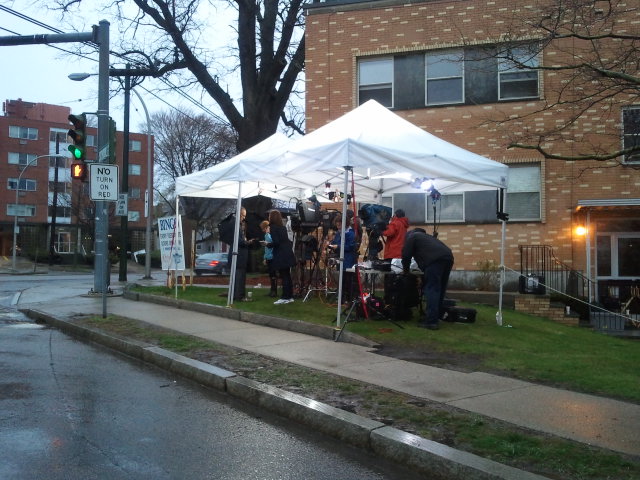 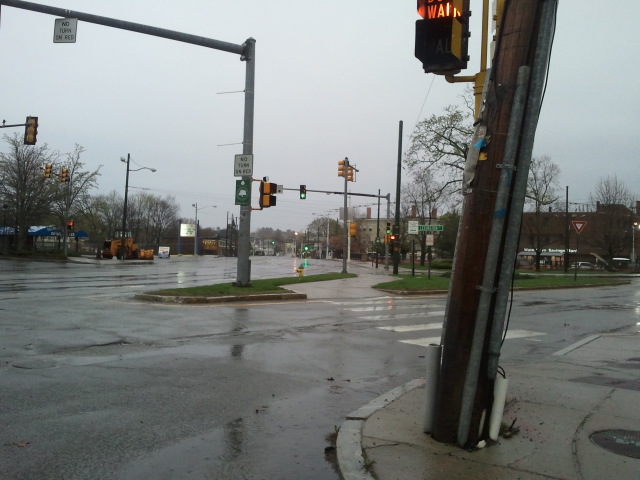