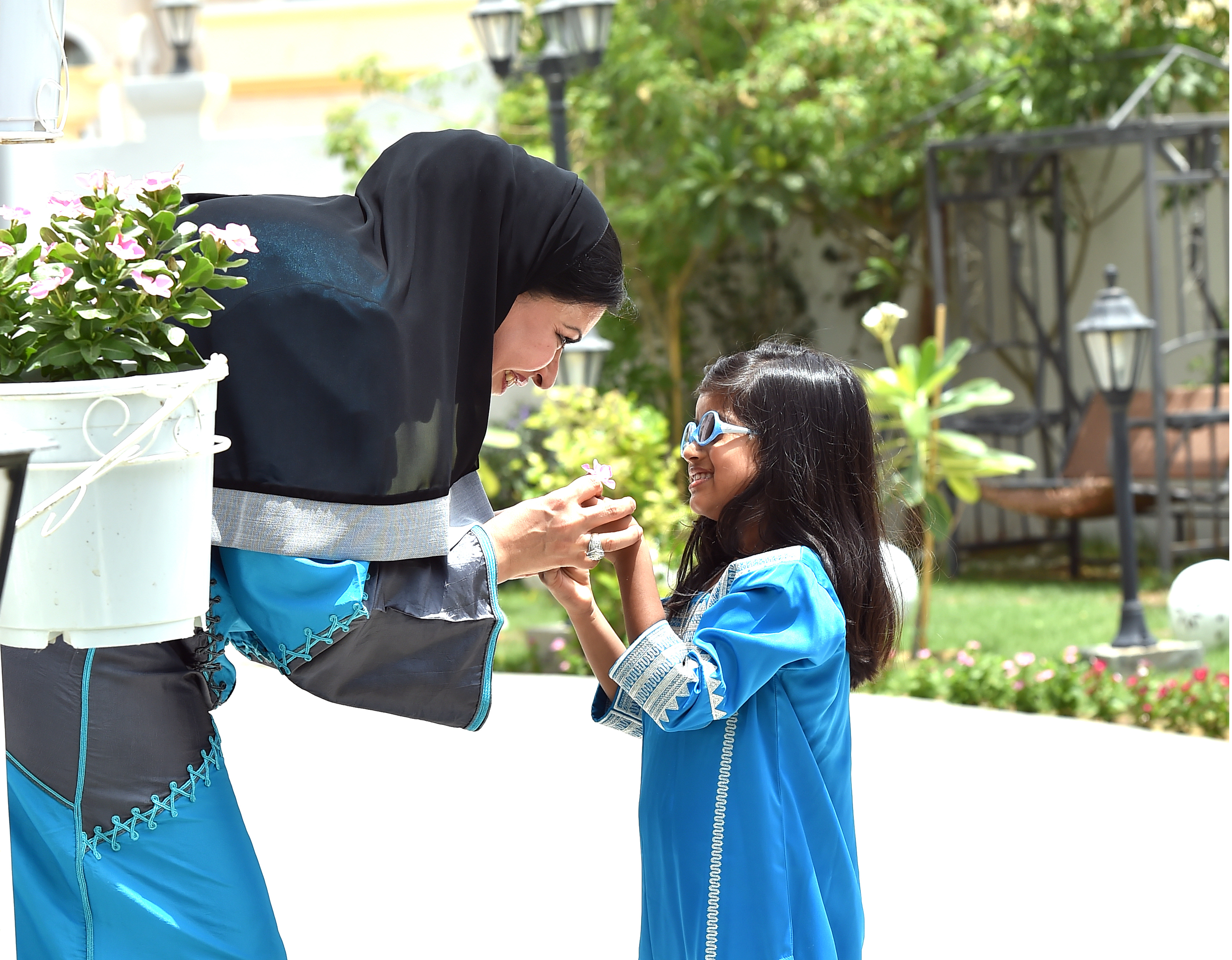 Breaking the adoption taboo in Dubai

DUBAI—Aysha Albusmait likes to be called Umm Reem — “Reem’s mother” in Arabic — although her daughter does not look very much like her. The skin of the 5-year-old is more brown and while her eyes are just as lovely, they look different from her mother’s. 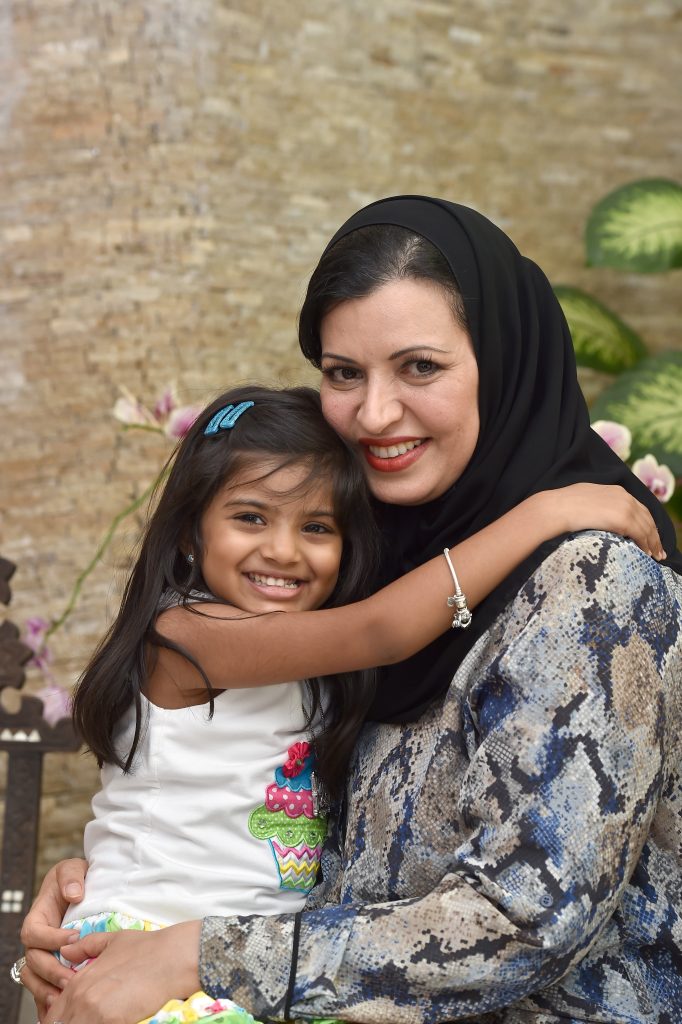 Aysha Albusmait with her daughter Reem. >Photos by the author

Nonetheless, during the three years they have been together, the girl has acquired many of her mother’s gestures. Both move fast, talk energetically and exude happiness. They seem as excited as those who finally find what they had been waiting for.

Reem was born in the United Arab Emirates and adopted when she was 3 years old by Albusmait, an unmarried woman in her 50s. Through her actions, Albusmait is breaking the taboo about adoption in the Gulf and telling the world about it too.

In 2010, while she worked at the Road and Transport Authority, Albusmait won the Emirates Women Award for innovation. She is now director of marketing and communications at Dubai Sports Council.

“I felt that I had achieved a lot,” Albusmait recollects, “but something was missing. One day, I realized that I wanted to be a mother and in the same day I took the decision to adopt.” She smiles remembering that moment: “I was upstairs sitting with a friend of mine and I told her about my idea just like this. I knew it was what I wanted.”

In 2013, she went through the Embrace program, which was developed that same year by Dubai’s Community Development Authority (CDA), the authority responsible for providing care for abandoned children in the Emirate of Dubai.

“It is not about the age,” Albusmait says. “I would like to see if mothers in their 30s are doing the same as I do with my daughter. It is about passion. If you have the passion to raise a child you can do it whatever the age you have.”

She also didn’t mind facing parenthood alone. She says that marriage was never in her plan, but also says that remaining single is something most women in the UAE wouldn’t consider because of social pressure or the fear of becoming a single mother. However, single women can adopt children legally in the UAE, something that Albusmait says is very positive.

“Some get divorced, others did not have the chance to marry but they have another chance in front of them,” she says. “The chance to give life and receive life from another person.”

She confesses that after knowing that she wanted to adopt, she worried about how to address the issue with her own mother. Surprisingly, her mother accepted the idea with a smile and reminded her daughter about people she already knew who had adopted. “My mother said that this was more common when she was young.”

Nowadays, Albusmait receives calls from many single women seeking support and counseling about this experience, which she says “changes your life.” She empathizes with the frustration of not being able to bring a baby into this world, and is sure that adoption is the cure.

“Some people don’t know, they think Islam is against this but they are wrong, indeed it is something very supported by the religion,” she notes.

In the UAE and in many other Muslim countries, many people eschew the idea of adopting a child. Some concerns are religious and others are cultural. While Islam highly stresses the importance of caring for orphans, it forbids stripping away a child’s sense of his or her own biological lineage and biological rights, as commonly happens under conventional adoption procedures. In Islam, the preservation of people’s lineage is paramount. Therefore, adoption in the Muslim world means not replacing the child’s family name with that of the adopters’, but instead means to permanently care for another’s child as one’s own, while still preserving the child’s lineage.

The CDA carefully uses the word “fostering” instead of “adoption” in an effort to encourage families in Dubai to participate in the program to provide abandoned children “a decent life and potentially move into a caring and loving family as one of their own,” according to its website.

Albusmait explains that potential adopters mainly have two fears that might prevent them from taking the next step: that people may look at the child differently, and that they may speculate about why the parent(s) are adopting.

The children who are adopted come from diverse backgrounds. An abandoned child is legally defined as one who is found inside the country and whose parents are unknown. The child has “no natural family extension and [is] thus deprived of the warmth and care of the family unit,” according to the CDA.

The prevailing notion is that most of those who need to be adopted are children of illicit relationships, expatriates working in the UAE on low wages, or a result of rape. The biological mothers in these situations may choose to abandon their children due to cultural pressure or because they cannot go back to their home countries with a child, and they often don’t know what to do.

“They’re afraid of the burden of having children and being deported from the country … or the stigma of having an illegal child,” Huda Al Suwaidi, director of the CDA Family Development Department, told Khaleej Times.

In the most dire cases, desperate mothers may resort to infant killing. The CDA pleads with mothers in distress to avoid this action at all cost, and offers completely confidential services.

“No one is going to judge them, we’re the social sector, we’re not the police or court. Nobody’s going to deport them even,” Al Suwaidi added. The police only gets involved in cases of child abuse.

Albusmait explains that to become an adoptive parent, it is not simply a matter of going to a center and choosing a child from a room of available children.

Through Embrace, abandoned children are taken into safe houses called Alternative Family Villas, run with the help of foster parents. The children are provided with an identity card, and once preliminary procedures are completed, they are in line to be placed with an adoptive family.

“They choose and then you go to meet the boy or girl,” Albusmait explains. “If you like and there is harmony you can say yes, if not they find another. They know them very well so they try to make the right match. Also the orphans have to agree.”

She admits that she did not feel a connection with the first girl she was introduced to, Fatma, a 5-year-old from the Philippines. Two weeks together were enough to conclude that it was not working. After that, she was offered a baby, but before Albusmait met her, the CDA changed the plan. Reem came as the third proposal. Albusmait had requested a child less than 1, but Reem was 3. She felt afraid at first to meet her, but the description she received from the center made her interested to meet her. 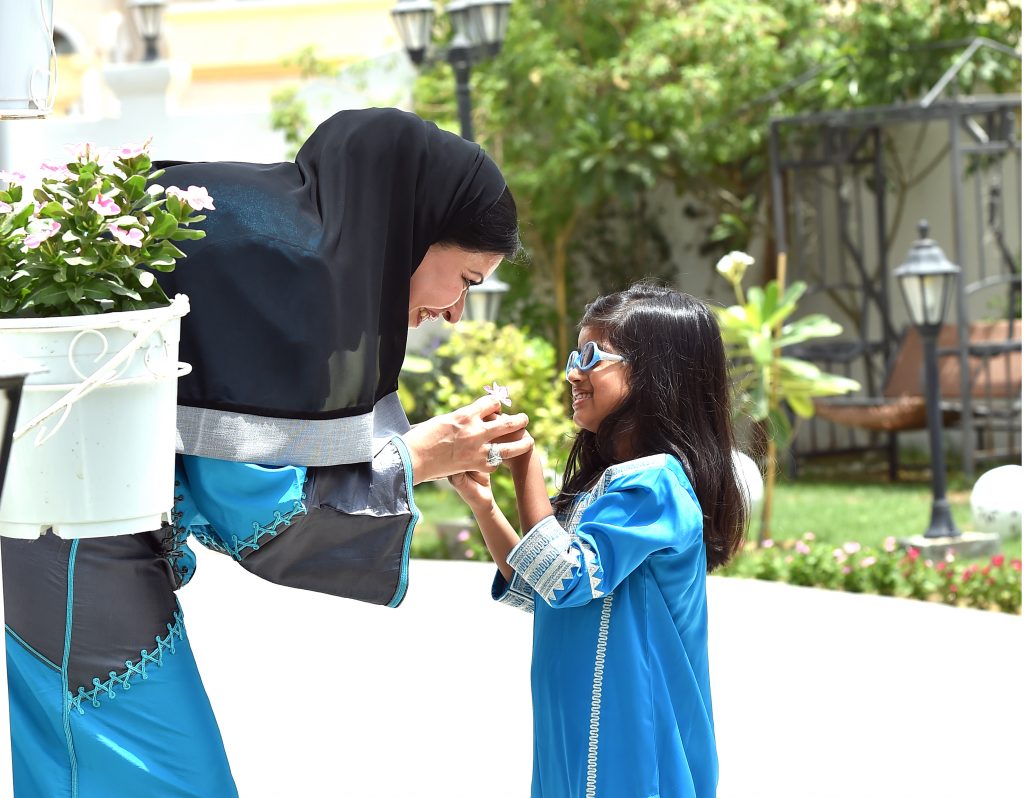 Albusmait fell in love with her even before seeing her.

“I was waiting for her to come and I heard her voice. She said that she will bring for me a school bag and I fell in love with her voice. When she came and sat with me I felt like this is my daughter. The CDA working hours finished and I didn’t want to go and leave her,” Albusmait said.

“There was a lot of chemistry between us.”

According to the protocol, the child and prospective mother meet during a transition time, and afterward, a six-month trial period starts in which they live together. After the trial period, official documentation is issued to formally establish the guardianship.

The CDA implements strict criteria for people looking to adopt. A family must be Emirati Muslims residing in the UAE. Couples must be at least 25 years of age, while single mothers must be at least 30. There is also a thorough vetting process of the candidates’ financial, social and psychological status to ensure they are capable of raising these children. At the end of the process, the child is provided Emirati citizenship, proper education and access to healthcare.

“We’re asking them for social, psychological (and) even financial status to make sure they are capable of raising these children and bringing them up to be young Emiratis,” Al Suwaidi told Khaleej Times.

Albusmait says her first three months with Reem were not easy because Reem had some habits that Albusmait wanted to change and others she wanted her to learn. “It was a period of time full of happiness and cries,