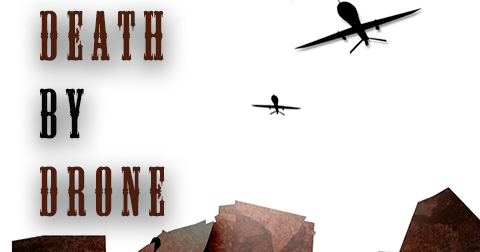 Death by a Drone Attack is a Pakistani Patriotic Duty

Meet Abdullah Qasim Barozai, a sullen-cheeked, wide-eyed 9 year old boy who lost four members of his immediate family – his mother, his father, his older brother and his sister – to a US drone strike just last December, in the Khyber-Pakhtunkhwa province in Northern Pakistan on the border of Afghanistan. The drone strike, meant to hit a bad brown guy without due process in the spirit of American democracy and commitment to its founding principles, accidentally hit Abdullah’s home and a passing wedding convoy. Abdullah, who was out cavorting with potential extremists and terrorists at a nearby playground, was devastated but filled with pride.

“This is our patriotic duty to America. We lay our lives on the line so that Americans can go to sleep better at night without the fear of a vaguely defined ambiguous and indefinable threat that is rarely, if ever, crossing their minds. Because we don’t know. Maybe today I’m just a 9 year old boy discovering hair in new places, but maybe when I’m 11 I might be a national security threat and I don’t want that. Americans deserve to be safe from any threat, especially the sort that are of the prepubescent variety.”

Abdullah is one of several Pakistani Pashtuns who is willing to follow drones to their patriotic death. While the United Nations contends that the number of civilian deaths as a result of drone strikes is considerably higher than the number suggested by American organizations and investigators – which place civilian deaths anywhere between barely worth mentioning to an unfortunate necessity – the Pakistani government recently released a report suggesting that only a near non-existent number of Pakistanis have actually given their lives for a greater good.

Outgoing Chief of Army Staff  General Ashfaq Parvez Kayani commented on the number of innocent Pakistanis allegedly being killed by the drone strikes.

“67 Pakistanis – or Pashtuns as we’ll just singularly refer to them as to differentiate them from the rest of Pakistanis so their deaths are alien and thus OK – are believed to have given their lives to US drone strikes since 2008. We are working closely with the US government to ensure that this number significantly increases.”

In an attempt to reconfigure increasingly negative global perception of its program and its actions, the United States congress is considering a bill that will change the use of the terms ‘drone’ and ‘UAV’ to ‘Prime Air.’ 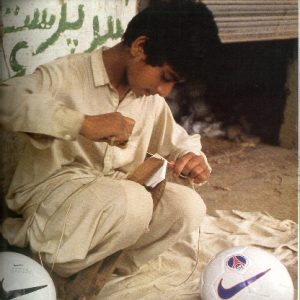 Until new ways are found to to prevent the potential threat of the killing of people by non-state actors – with foreign and military policy changes, erasure of crippling debt causing dire poverty and sustainable education support out of the question – it seems the current drone program is the best option for ensuring safety, freedom and emotional distance in an undeclared, unauthorized ‘war’ on geographically isolated groups of people.

“This is the least I can do for a country that hands a hefty military aid cheque to my barely-functional government. I know Americans would do the same for me, for us. But they’d outsource it so we’d still do it. But the thought counts,” Abdullah said, as he sewed together the last remaining threads of a soccer ball.