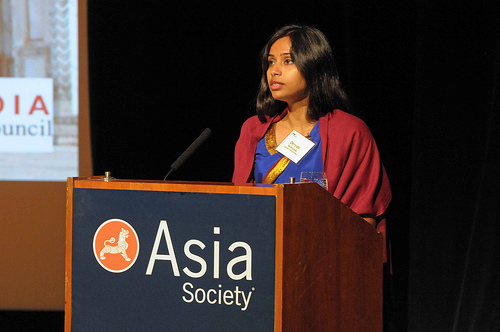 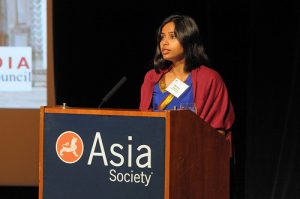 In December, Indian diplomat Devyani Khobragade, was accused of committing visa fraud, as well as forcing her nanny to work long hours for very little pay. Some of the details of the case noted that Khobragade confiscated her nanny’s passport and forced her to work seven-day weeks, logging in over 100 hours at a salary of less than a few dollars per hour. Public outrage exploded in India after Khobragade was detained and strip-searched.

While protests have broken out in India against Khobragade’s treatment, demonstrators gathered across the street from the Indian Consulate General in New York to protest for the rights of domestic workers.

U.S. officials say that the accusations against Khobragade will not be dropped, despite her consulate position, which has increased tensions between India and the U.S. In response, Indian authorities have begun restricting certain privileges and resources that were once available to American diplomats in New Dehli. So far, one American diplomat has already been expelled from the region.

Last Friday, Khobragade was sent back to India, where she expressed that her main concerns are for her family. They remain in the U.S., while she is unable to return to the country. She was forced to leave the U.S. after Indian officials refused to waive her right to immunity. Though some of the tensions have eased upon Khobragade’s arrival to India, this dispute is being heralded as the “worst moment in India-U.S. relations since India’s 1998 nuclear test.”