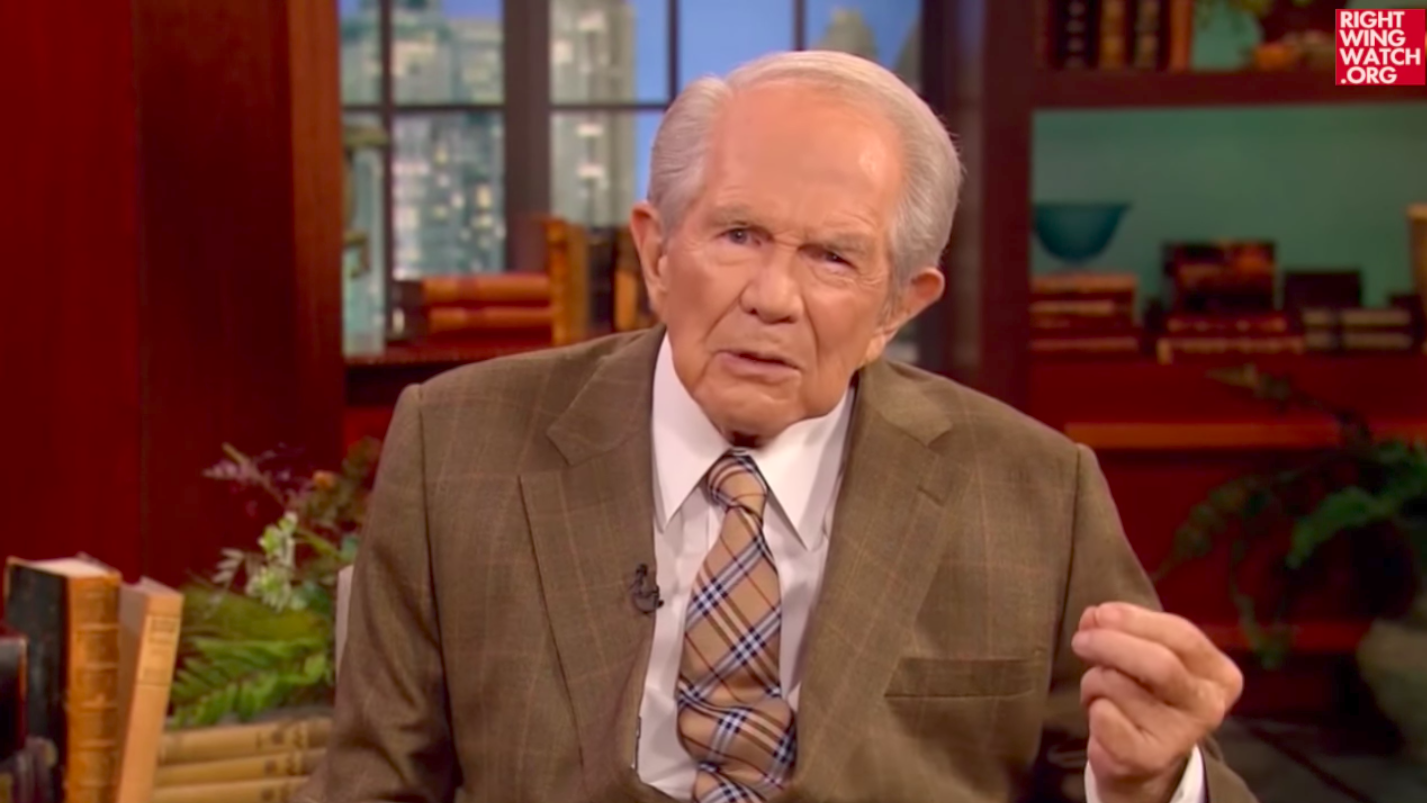 Fighting the Religious Right to Save the Johnson Amendment

This is the second part of a two-part series. Part one gives an overview of the Johnson Amendment and how it affects minorities in the United States.

Widely diverse tax-exempt organizations agree that President Donald Trump’s May 4 executive order is not about religious freedom or free speech. The National Council of Churches, the Islamic Society of North America, and more than 97 other religiously affiliated institutions joined the National Council of Nonprofits and the Independent Coalition Sector to protest the directive. They defend the Johnson Amendment as a matter of good policy because they largely believe the issue is about money: Opponents want to be able to freely use 501(c)(3) organizations to produce “dark money” groups through which politically motivated donors can secretly influence elections. The pro-Johnson Amendment groups also disagree with their opponents’ characterization of them as alien supporters of America’s decline. These pastors and other religious leaders believe diversity will ensure a strong America.

There are also a handful of organizations that are attempting to get the IRS to apply the tax code evenly. These include Americans United for the Separation of Church and State, American Atheists, the American Humanist Association, and the Freedom from Religion Foundation (FFRF), among others. Over the last decade, the latter has asked the IRS to investigate more than 70 situations in which it believed the tax code was violated. Notably, these include instances in which a North Carolina pastor urged his congregation to vote for Barack Obama and in which Hillary Clinton campaigned at churches that explicitly endorsed her during services. The FFRF has also sued the IRS for not enforcing the Johnson Amendment against religious institutions, arguing this lack of enforcement constitutes “preferential treatment” not provided other tax-exempt organizations.

Unlike the ACLU and others who insist Trump’s Executive Order was a pyrrhic conservative victory not amounting to much, the FFRF has filed another lawsuit. Arguably, this may have been pre-mature because of the Order’s vague and obfuscating language. But the FFRF was not short-sighted and, unlike the ACLU, did not describe the Order as “toothless” and “an elaborate photo-op with no discernible policy outcome.” Conservatives fully intend to limit — if not fully curtail — the ability of the IRS to evenhandedly enforce the Johnson Amendment.

Six weeks after the President’s Order, the House Appropriations Committee, which oversees funding for the government, added Section 116 in the Financial Services and General Government Appropriations Bill. This provision strips the IRS of funds to enforce the Johnson Amendment against churches or their auxiliary organizations if the IRS Commissioner approves. If the Commissioner does not approve, IRS investigators must obtain consent from the Commissioner for each investigation, and the IRS must notify relevant House and Senate committees before beginning any such investigation. There is now, belatedly, wider concern about the constitutional implications arising from the President’s Executive Order.

Hesitancy to take on the issue of religion in America

Moderates, liberals, progressives, leftists and others need to take right-wing, religious conservatism seriously, and stop avoiding the impending conflict. They have not done so because, in part, formal, diverse religions define the American (immigrant) experience. The desire to escape religious conflict and chaos precisely encompasses why some of the earliest groups from Europe settled here.  Because of and out of respect for those experiences, Americans generally have no desire to repeat that history here. This reasoning remains, for so many people, the same now as it did before.

In part because of this history, the U.S. has long dealt with a pressing question in the political and legal arena: how to welcome people’s desires to escape religious persecution and yet still permit everyone to follow diverse, perhaps conflicting, religious tenets? When the sacred can take the form of Ahura Mazda, Elohim, Vishnu, Shiva, Brahma, Buddha, Jesus, Baha’u’llah, and others, how can American society avoid, or solve, religious conflict? How do we allow religion to flourish but maintain our asserted secularism?

The philosophical answer for many has been the concept of America as a civil religion. What this means, in essence, is that Americans infuse our nationalism with non-sectarian religious values so that we treat and defend our country as a sacred. We express our non-denominational religiosity for our country through public rituals, symbols, and ceremonies on a daily basis as well as on days marked as sacred in our history. These activities work as a social cement to unify and maintain the country with a sacred authority, as if ordained by god. Importantly, these practices stand outside of the church because they are formed and maintained by civil servants and lay people who work to ensure fairness in the governing laws of the country. Church officials and ceremonies are sometimes incorporated into civil religion but they are not to make government decisions that impact the lives of others. This civil religion imbues the country with a religiosity while allowing individuals to practice their own private religion (or not).

Therefore, most Americans believe in a multiplicity of sacreds: the sacred America and a sacred, orthodox religion (e.g., Buddhism, Christianity, Judaism, Islam, Hinduism, Zoroastrianism, and so forth). Because of this multiplicity of sacreds and the respect for both types, Americans — particularly the most conservatively religious Americans — avoided conflict. Instead, they produced the idea of good governance focused on the process through which laws and policies are made as well as protecting the country’s citizens through those laws and policies. This is why America remains a successful union.

The disagreement over the contending visions of America, as well as the delusion that religion would not become a problem, produced a space through which the character of the American sacred could be changed. For decades now, politically aggressive Christian conservatives have invested time, money, and other resources into changing the legal characteristics that define America. They support legal policy centers and think tanks, commission innovative legal scholarship and social science, and establish effective networks to re-conceptualize the First Amendment into what they label “religious freedom” or “religious liberty” in America. In the process, they produce media platforms to re-shape public discourse and opinion. They also develop coordinated litigation and advocacy strategies to advance theories on religious freedom throughout the political and legal systems. They also seek to change the law by strongly advocating for particular judicial appointments and case decision-making throughout the federal judiciary. Thus, ultimately, the difficulty in addressing religiosity and the desire not to offend religions has allowed right-wing, religious conservatives to become the party of both “freedom” and “religion.” In monopolizing these terms, they espouse religious freedom while trampling upon the rights of other Americans.

Trump’s Executive Order to not enforce the Johnson Amendment is not about religious liberty or free speech. It is simply, but critically, a mechanism to overturn decades of bi-partisan decision-making across the Federal government that has produced an inclusive and charitable America. More deeply, the Johnson Amendment itself arises from the social, legal, and political philosophy of a sacred America of diverse peoples and faiths, where the government is expected to have a non-differentiating role regarding religions as well as tax-exempt non-profit organizations. A sustained, multipronged effort must be made to remove section 116 from the Appropriations Bill and President Trump’s Order. The Johnson Amendment must remain an enforceable law. Abjuring the religious right and strongly defending a pluralistic religious America makes America great, again.

*Image: Pat Robertson, a leader of the religious right in the United States. >YouTube/RWWBlog

Neda Bolourchi, JD, PhD is a research associate at the Interdisciplinary Center for Innovative Theory and Empirics (INCITE) where she examines issues pertaining to religion, the state, and law. Her countries of focus are the U.S. and Iran. She is also at work editing her dissertation, "Contending Visions of Iran" (Columbia University 2017). Her previous publications on Iran appeared in various Jane's and Praeger Security outlets.

Fighting the Religious Right to Save the Johnson Amendment
October 13th, 2017