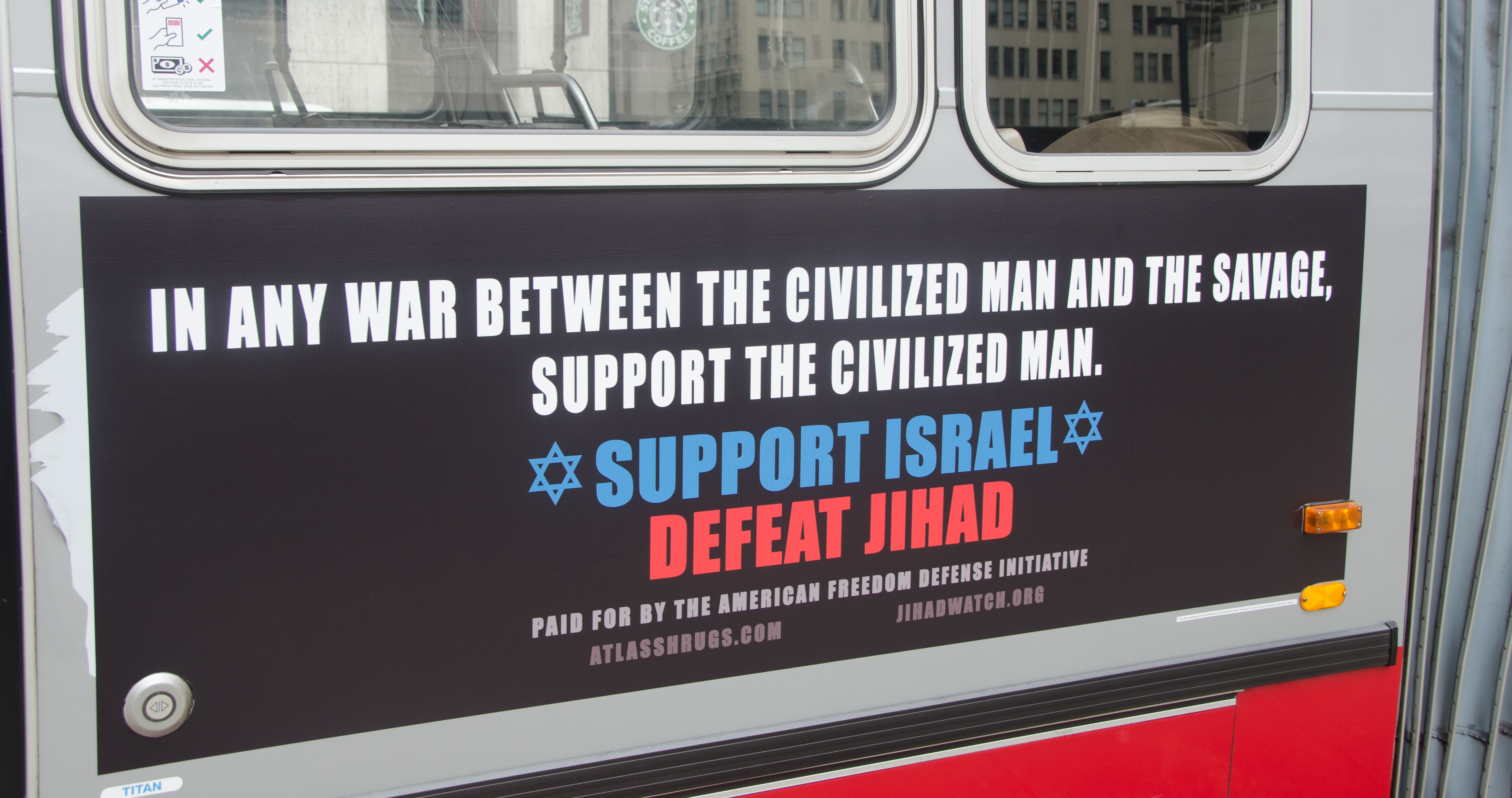 A day after taking his oath at the Texas Capitol in January, freshman Texas state Representative Kyle Biedermann mailed out a “survey” to Muslim leaders in Texas that was, in effect, an oath of loyalty. The survey asked leaders to, among other things, condemn sharia punishments and support a congressional bill sponsored by Ted Cruz that designates the Muslim Brotherhood a terrorist organization. The results of the survey were to be presented at a forum at the Texas State Capitol Building called Defending Against Radical Islamic Terrorism in Texas. This forum was in effect a spectacle of intimidation by a state legislator to the Muslim community.

The forum was held in anticipation of Texas Muslim Capitol Day, sponsored by the Council on American Islamic Relations (CAIR). The event made headlines one year when an anti-Muslim activist rushed the stage. This year, a protective ring made up of several thousand allies and supporters was formed around Muslims during the rally. What became clear was that Biedermann’s hearing was a part of a broad effort to delegitimize Muslims of CAIR by casting suspicion on civic engagement. This was an effort to undermine the work of the Muslim day.

Several well-known critics of Islam were panelists at the forum, including Chris Gaubatz, a vocal critic of CAIR. Gaubatz alleges that CAIR is a front for Hamas and the Muslim Brotherhood. He claims that the organization, which has worked with American civil liberties groups such as the ACLU, is seeking to infiltrate local and federal government agencies with the aim of mounting a “civilizational jihad.” At the forum, he urged the audience to support Cruz’s bill and proposed that this bill is an important initiative to combat CAIR’s influence. 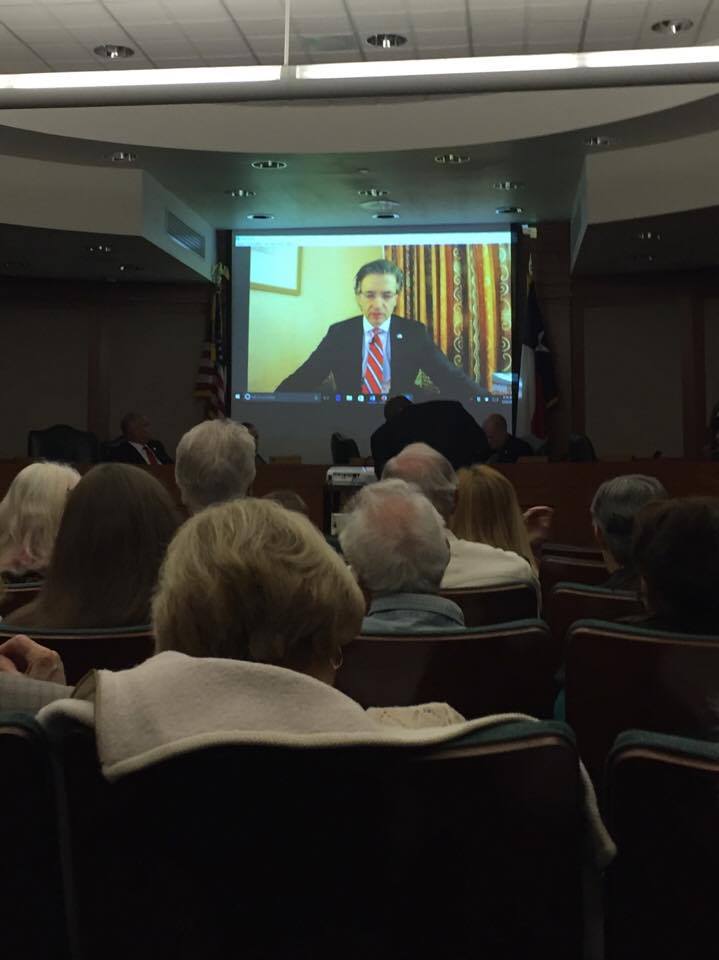 Zuhdi Jasser presiding over the conference via Skype

The forum took place one week after Donald Trump’s inauguration and one day before he signed an executive order that barred immigration from seven Muslim-majority countries. Given that homeland security is a federal issue, why would a representative from the Hill Country convene a forum on homeland security as his first major contribution to the Texas legislature?

Panelists insisted that they should not be accused of racism. Tony Tinderholt, a representative from Arlington, asked participants to “be kind to everyone — make friends. We are not against Muslims, but we are against their institutions.” Gaubatz elaborated, “Not every Muslim is a threat. Everyone who adheres to sharia is a threat.” Notably, the only Muslim voice present was a founding member of the Muslim Reform Movement, Zuhdi Jasser, and two former Muslims, Nonie Darwish and Kamal Saleem.

Gaubatz’s allegation that followers of sharia are a threat was frightening. This claim essentially criminalizes adherence to Islam. What we have seen is that anti-Muslim agenda, as demonstrated by this forum, redraws the lines of acceptable Muslim behavior. Trump and his advisers would have us believe that Muslims who follow sharia and participate in civic organizations like CAIR should be viewed with suspicion, while more “reasonable” Muslims may denounce sharia or perhaps even renounce their faith.

Fueled politically by what the New York Times recently referred to as a “dark view of Islam,” grassroots anti-Muslim organizing is not new to Texas. Pamela Geller held a draw Muhammad event in Garland in 2015. Later that year, the mayor of Irving initiated a proposal backed by City Council to ban sharia. Texas has the largest Muslim population within the United States, and this may be a factor in the increasingly visible and organized stance that has been allowed to take root here against Muslim faith practices and institutions.

Although the election of Trump has led to a strengthening of ties between local state officials and anti-Muslim grassroots organizations, this alliance did not happen overnight. It is the result of national and local actors who are linked to what has been called the Islamophobia network. In the past decade, anti-Muslim groups have been able to find a home and craft their agenda without much public criticism and outside the radar of mainstream media and politicians.

One of the most vocal of these organizations in Texas is ACT for America. The national group, founded in 2007 by Brigitte Gabriel, describes itself as the “NRA of national security” and says it’s “the largest non-profit, non-partisan grassroots national security organization.” Its central organizing principle is that Islam poses a threat to the American way of life and Muslims are seeking to wage “civilizational jihad” by implementing sharia law. Like the Muslim reform movement, ACT frames its opposition to sharia and Islam through the issue of women’s rights. Sharia, it claims, deprives women of equal rights guaranteed by the Constitution. It’s important to note that Reps. Biedermann and Tinderholt are strong anti-abortion voices in the state. And while I would agree that women’s rights is an important issue in Muslim-majority countries, efforts to enact an American sharia-ban in the interest of women’s rights from an anti-abortion lawmaker is laughable and downright hypocritical. How would feminist Muslim reformers like Asra Nomani and Ayaan Hirsi Ali, two names praised throughout the forum, make sense of this?

In the past decade, ACT’s San Antonio chapter has sought to “educate” the public about these issues by inviting speakers such as former CIA agent Clare Lopez, former FBI agent John Guandolo, and Trump’s now former national security adviser, Michael Flynn. CAIR recently reported that Guandolo was a consultant on Cruz’s Muslim Brotherhood bill. These so-called experts on “radical Islamic terrorism” have spoken to audiences in Texas without much pushback from the left until very recently, where we saw protests in San Antonio and Wichita. As a 501(c)(3) organization, ACT claims it is multifaith and diverse. Its meetings are comprised of Tea Party activists, leaders of Evangelical churches, members from the Orthodox Jewish community, Muslim converts to Christianity and now, they seek to be a home for “apostate” and “reformed” Muslims.

The anti-Muslim discourse that pervades the Trump administration is testament to the success of organizations like ACT For America, which has active members in red and blue states. The timing of Biedermann’s survey and forum against “radical” Islam was to some extent independent of the new administration; it is likely that this forum would have taken place regardless of whether Trump was president. But in the current political climate, their actions take on new meaning.

Recently the ACT chapter in San Antonio announced that it will be conducting “deep research” on Muslims in Texas — essentially code for grassroots surveillance. It is looking for members who have specific skills in intelligence collection and real estate research to collect information on “Islamists’ activity in Texas.” This initiative is deeply troubling. There hasn’t been any recent terror attack by a Muslim in Texas since the Garland shooting in 2015. What is the purpose of a nonprofit collecting intelligence on Muslims?

Judicial blocking of Trump’s executive order highlights tension between the administration and other branches of government in advancing Trump’s agenda. What I fear is that groups like ACT and officials like Rep. Biedermann will serve as the administration’s henchmen. They will seek to advance the narrative of civilizational jihad at the local level and perhaps identify evidence to construct arguments that federal investigators may not be willing to make.

Liberals have often written off figures within the Islamophobia network as “wingnuts,” dismissing their claims and choosing not to engage with them so as to not legitimize their work. And yet, over the past seven years, the Islamophobia network has forged alliances with a small but committed group of citizens and institutions, including a law school, churches and synagogues that have hosted speakers to advance the Islamophobic narrative. In Texas, ACT has successfully challenged the teaching of Islam in public schools. The anti-Muslim forum at the Texas Capitol on January 26 would not have been possible without their intellectual and institutional support.

I long for the days when attempts to criminalize CAIR and ban sharia were seen as absurd legislation doomed to fail. I’m afraid those days are over. The work of grassroots anti-Muslim activists denies Muslims the dignity of having a spiritual life and identity by conflating our religion with a political ideology. Ignoring grassroots groups like ACT is no longer an option if we are to preserve the constitutional right for Muslims to participate fully in American society without compromising our freedom of religion. 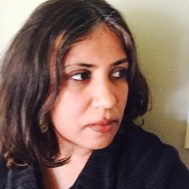