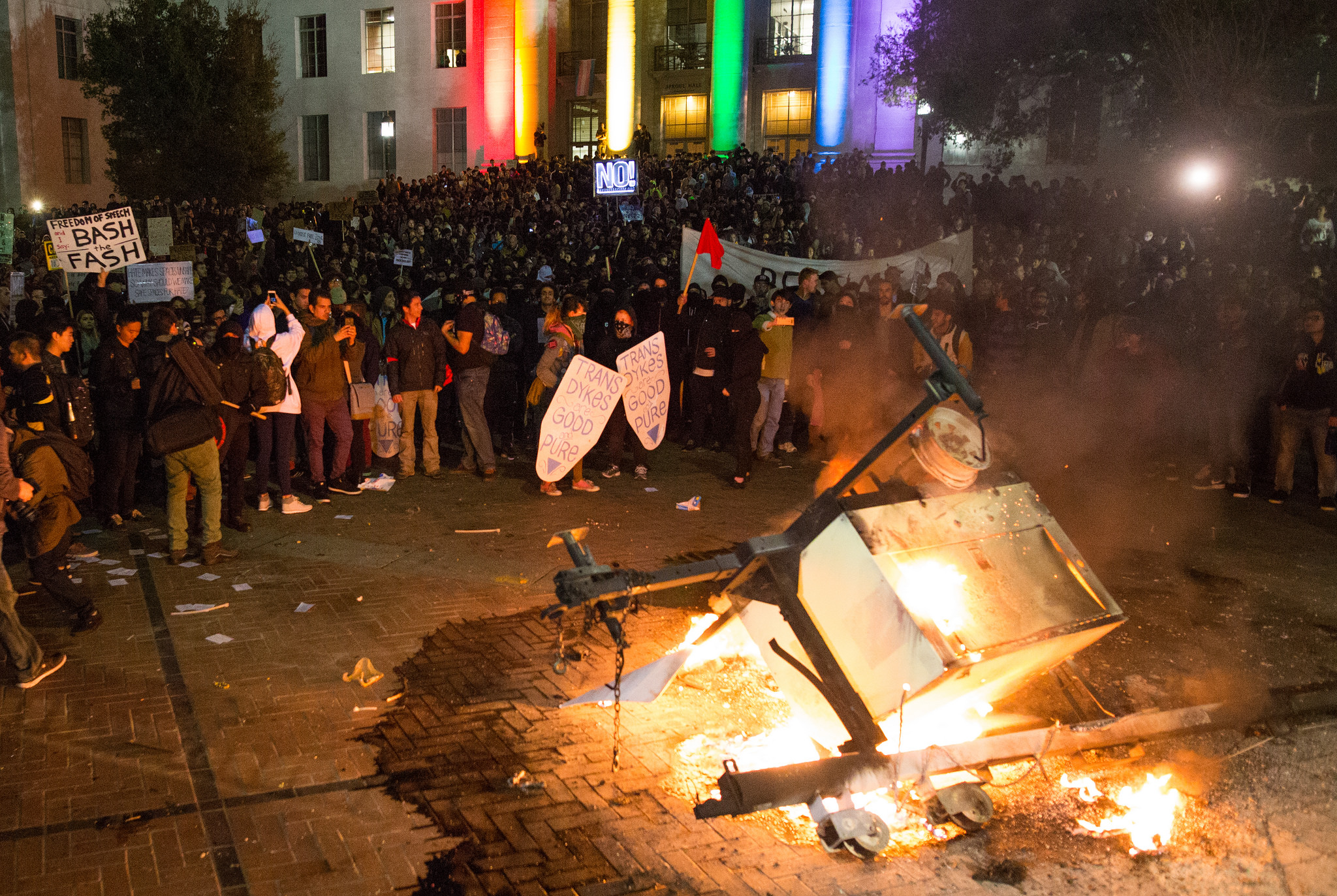 Enhancing Dialogue in an Age of Polarization

Muslim “no-go zones” came up as a topic of conversation in my recent lecture to the Good Shepherd Episcopalian community in Kingwood, Texas, not far from Rice University, where I teach a course called “Muslims in American Society.” Early in my talk, an older white Christian man interrupted me. He claimed that “no-go zones,” or parts of a city where only Muslims can enter, are prevalent across the United States, and that these kinds of communities seek to install a harsh form of Sharia.

I asked the man where he heard about these zones, to which he responded: “the news.” Many of the 100 or so audience members chuckled. After all, “fake news” is on the rise. I proceeded to ask the man, “Have you ever visited a mosque?” He hadn’t. Unfortunately, he didn’t appear to be very enthusiastic with the idea of ever visiting one.

There is a correlation between Islamophobic sentiment and a lack of exposure to Muslims. In 2015, HuffPost/YouGov conducted a poll to gage Americans’ views of Muslims. The poll found that 55% of Americans had either a somewhat, or very, unfavorable view of Islam. Few seemed to base these judgments on relationships with Muslims, as only one in 10 respondents said they had been to a mosque. What explains these bleak numbers?

Safe space is a term that is increasingly popping up in public discourse. Advocates for Youth, a non-profit organization based in Washington, DC, defines safe space as “a place where anyone can relax and be fully self-expressed, without fear of being made to feel uncomfortable, unwelcome or unchallenged on account of biological sex, race/ethnicity, gender identity or expression, cultural background, age, or physical or mental ability.” On university campuses across the country, safe space is viewed as an area—whether real or imagined—where marginalized or underrepresented people can live without discrimination or fear. I hear this term pop-up frequently at my own campus.

Yet Islamophobes, or people who denigrate Muslims and treat Islam as a monolithic entity hell-bent on destroying “Western civilization,” live in their own counterproductive safe spaces

On the other hand, among so-called “cultural libertarians” and their sympathizers, a safe space is a destructive product of the “regressive left,” whereby young people can live in their own little bubbles, free from any ideas that differ from their progressive narratives. Urban Dictionary, an online dictionary of slang words and phrases, mockingly states that safe spaces allow young people “to recover from the trauma; free from any lasting damage resulting from exposure to ideas that conflict with their leftist professors.”

Milo Yiannopoulos, a cultural libertarian and former editor of Breitbart News, once said that any student who needs a safe space should be expelled from their university. The opposition argues that safe spaces prevent people from interacting with their peers and that these spaces restrict freedom of expression, tolerance, and responsible citizenship.

Yet Islamophobes, or people who denigrate Muslims and treat Islam as a monolithic entity hell-bent on destroying “Western civilization,” live in their own counterproductive safe spaces. My own observations reveal that Islamophobes hide behind computer screens and refuse to enter real doors, like the man who confronted me during my talk in Kingwood. Hiding in isolation allows Islamophobes to free themselves from exposure to views that they disagree with, such as Islam being a religion of peace or the Quran being a book that emphasizes mercy and justice. 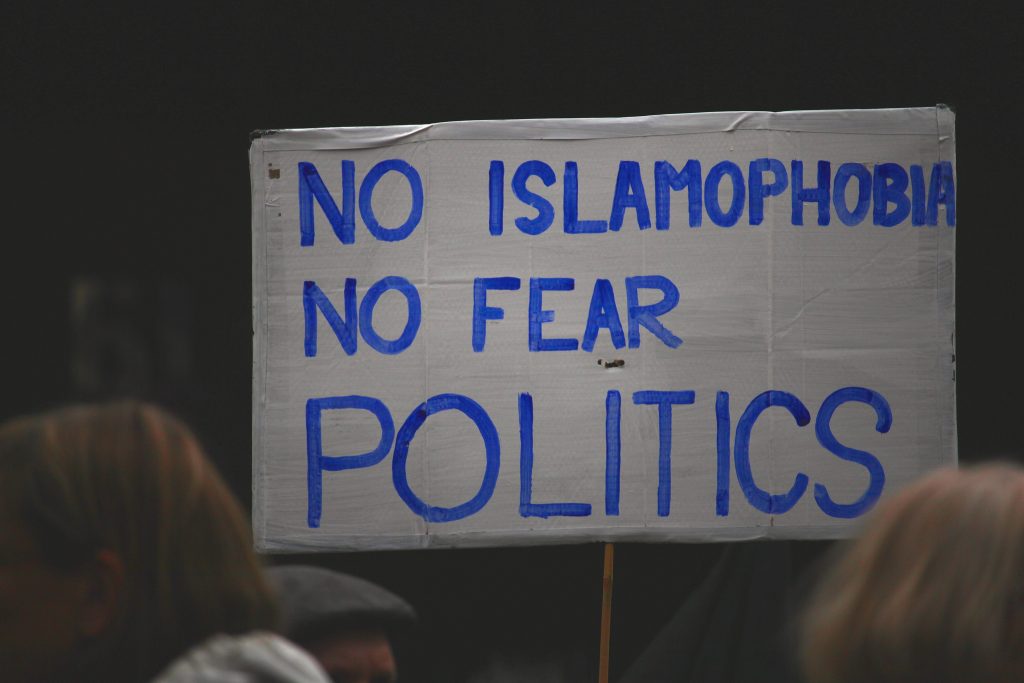 A protest against Islamophobia in Calgary, Alberta

The development of these safe spaces means Islamophobes can’t tolerate ideas that may be uncomfortable for them to digest. The rise of safe spaces for Islamophobia means these individuals can avoid unwanted exposure to knowledge or traditions outside of their own. They live in fear. They fear being marginalized, and then subsequently retreat into isolation. They opt for seclusion rather than engagement. That is not good for individuals or communities.

Social media appears to be a virtual safe space in which people can share anti-Muslim and anti-Islam content. The use of virtual safe spaces means that Islamophobes can count on supportive conversational partners who empathize with their views. Through platforms such as Twitter and Facebook, Islamophobes often reproduce stereotypes of Islam and exacerbate hatred of Muslims without the threat of either judgment or censure, although sometimes their accounts are frozen because of their posts.

I have always wondered if Islamophobes like Robert Spencer, who the Southern Poverty Law Center has identified as a hate group leader, have ever stepped foot into a mosque or carried out actual field research in the Muslim communities they bash on a regular basis. Spencer operates in his own comfortable safe space, behind his computer screens and cameras. Islamophobes like him, who remain in their safe spaces, do not constructively engage with Islam through reasoned argument with Muslims or their allies. Instead, they view Islam through the prism of the media, which often depicts Islam in a violent and oppressive light. With all that said, it falls upon people of conscience to bring Islamophobes out of their safe spaces. Safe spaces only make Islamophobes more fragile.

In doing so, American society at large becomes more fragile. Safe spaces for Islamophobia are a lousy alternative to dialogue and civic engagement. I am confident that Islamophobes can learn to respect Muslims while maintaining their criticism of Islam, but the only way to achieve this feat is to convince Islamophobes to leave their safe spaces. Living in an echo chamber will only lead to more polarization, and that is certainly detrimental to the well-being of the US. Whether used by an Islamophobe or a college student, safe spaces are more harmful than beneficial. We must encourage constructive intellectual engagement. We must not stifle it or avoid it altogether. 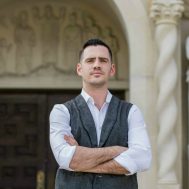 Craig Considine is a Catholic American of Irish and Italian descent.