2017 Oscars: A Win for an Egalitarian America

It was clear early on that this year’s Oscars would offer more than pomp, vanity and fodder for the fashion police. On the hallowed red carpet, Armani, Louis Vuitton and Gucci ceded ground to bright-blue ribbons supporting the American Civil Liberties Union and Planned Parenthood pins. This foreshadowed the happenings inside the Dolby Theatre, which appeared less an awards ceremony and more a challenge to the industry’s Whiteness and a retort to the repugnant Islamophobia emanating from the orange haze surrounding Washington.

To say that President Donald Trump has polarized America would be an understatement. His virulent rhetoric and odious policies have ensured that no apolitical spaces remain in our nation. Any and all things now appear to have a political, racial or cultural tinge. Even scientists, who are emblematic of objectivity and impartiality, will soon leave their labs to march on Washington in support of evidence-based research. As Jia Tolentino of The New Yorker wrote, “There is only one real narrative in this country right now, and every major cultural event seems to be providing comment on it. … Everything is a referendum on identity in the age of Trump.”

The Oscars provided some succor at a time when Muslimness, Blackness and various types of Otherness have become an anathema to the White House. With Trump at the helm, racism and all the vile phobias one can conjure threaten to become official policy via a tweet or executive order.

More importantly, Moonlight became the first film with Black protagonists to win Best Picture without being about racism. The movie simply told a very human story of, as Aisha Harris of Slate noted, “a sensitive, vulnerable Black boy in search of acceptance and human connection.” The boy’s tale can be claimed by all longing for something similar. 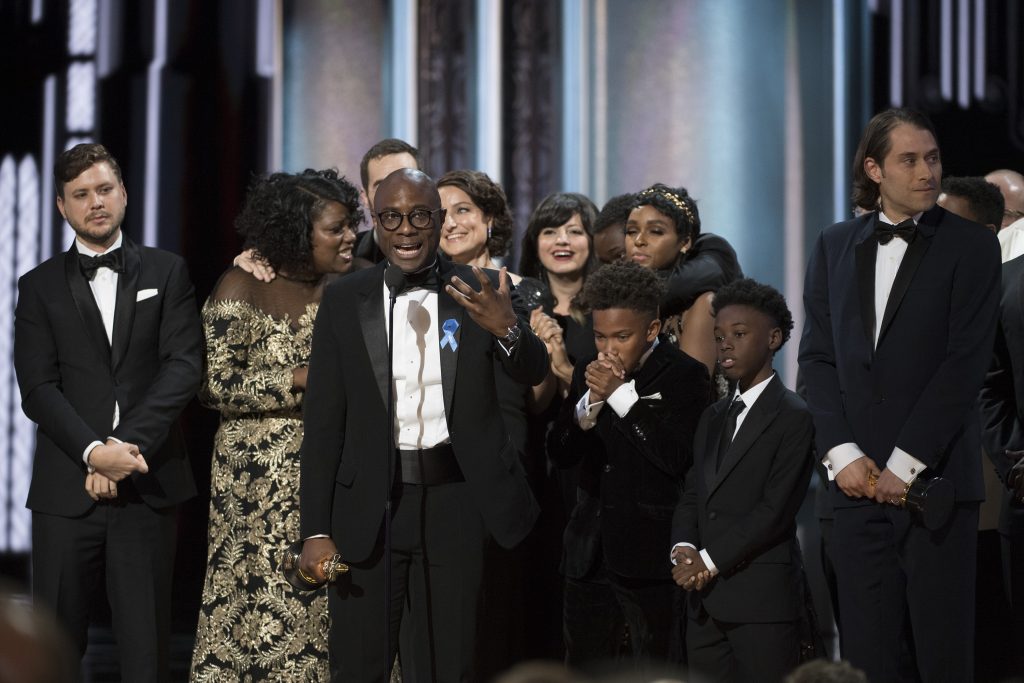 The Moonlight cast and crew after winning the Best Picture award. ABC/Eddy Chen.

While some, like Best Actor winner Casey Affleck, waffled on stage, Hollywood’s people of color displayed gumption. Notably, during his acceptance speech for Best Adapted Screenplay, Jenkins spoke directly to “all you people out there who think there’s no mirror for you, that your life is not reflected: the Academy has your back. The ACLU has your back. … For the next four years, we will not leave you alone. We will not forget you.” Edelman remembered the victims of police brutality after he won for Best Documentary, and presenter Gael Garcia Bernal condemned “any form of wall that wants to separate us.”

It may have been Hollywood’s embrace of Muslims on this night, however, that best demonstrated the potential reach of its capacious arms. There was something ineffably heartening in the moments that the Academy celebrated a Black Muslim actor, an Iranian Muslim filmmaker and a volunteer Syrian rescue group. These were examples of a radiant spirit that refused to be suppressed or denied by the limits men like Trump attempt to install around it.

In the midst of all the applause, a feeling crystallized that Muslims could be more than the big screen’s token cab driver, terrorist or corner store owner. Unfettered, they will be the storytellers and protagonists of today and tomorrow.

Author Mohsin Hamid recently wrote of the nostalgia that has gained traction at this moment in time and that significantly influences our political rhetoric. The Brexit campaign, Islamic State’s call for a return to Islam’s early years of glory and Trump’s desire to “Make America Great Again” all “seek a return to imagined past greatness,” Hamid writes, noting the potential of storytelling to serve as “an antidote” to this burgeoning nostalgia. Through stories, Hamid writes, “we create the potential of what might be. … Stories have the power to liberate us from the tyranny of what was and is.”

Though Hollywood remains imperfect with its current paucity of women and minorities, it remains one of the primary mediums through which we can articulate and imagine a new world with infinite possibilities. Davis spoke of this privilege as an actress to “exhume those stories — the stories of the people who dreamed big and never saw those dreams to fruition.”

It is thus through our storytelling and its ability to humanize our diverse narratives that we will learn to see beyond the stereotypes created for people of color, LGBTQs and Muslims. The victories of Moonlight, Ali and Asghar Farhadi’s The Salesman will hopefully push the boundaries of what studios may be willing to green-light and cast.

Through the lens of these stories lies an opportunity to see ourselves in each other and construct a world in which mutual respect, tolerance and understanding are no longer aspirations, but reality. This is our most potent challenge to the misguided nostalgia that seeks bans and walls to achieve some fictional greatness of the past. 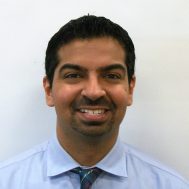 Jalal Baig is a physician and writer in Chicago.