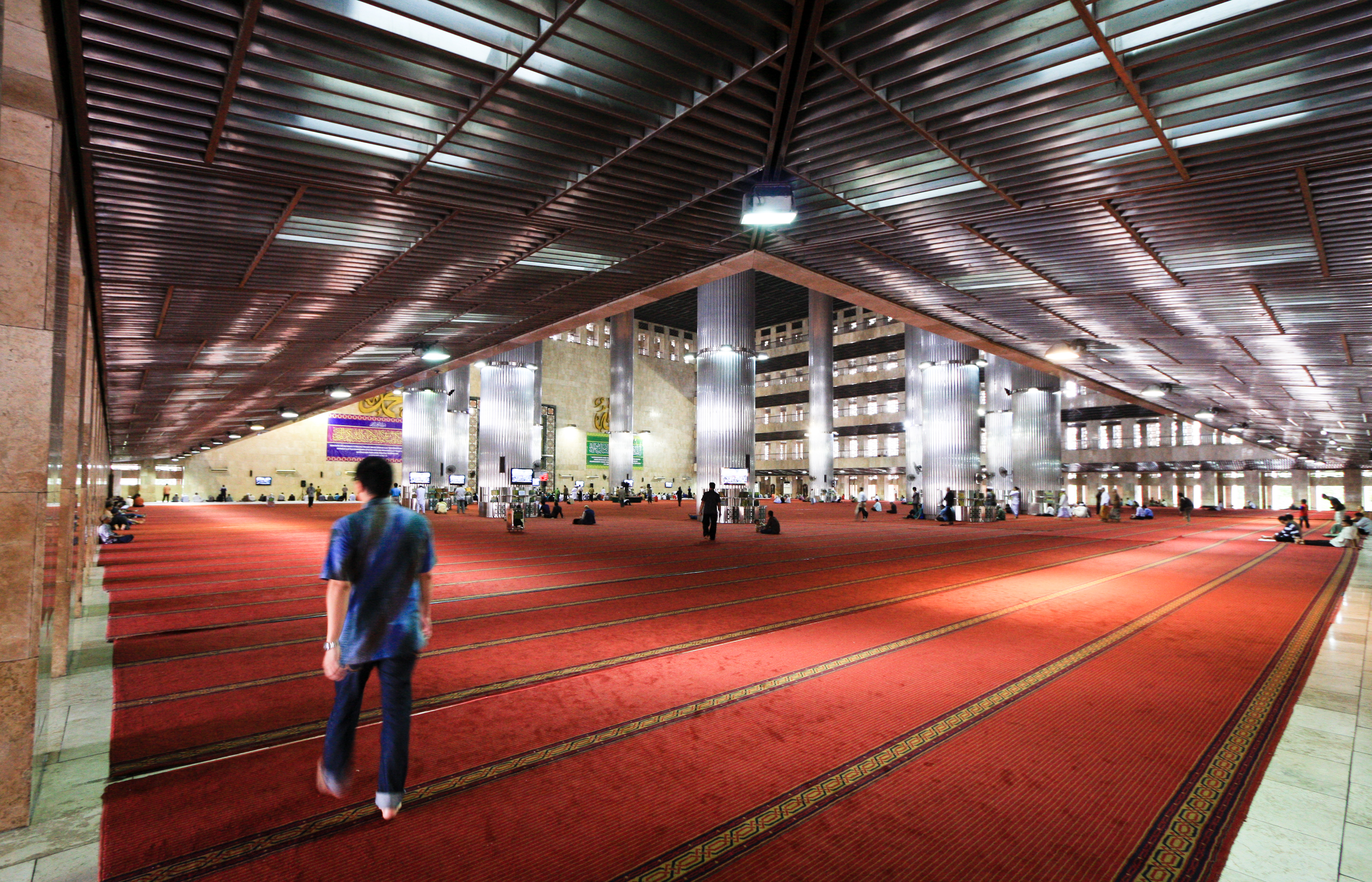 For Muslim immigration issues, Trump should look at Indonesia

Uncle Sam has elected a man with a negative stance toward his fellow Abrahamic religion called Islam. “They don’t want our system and have no sense of reason or respect for human life,” said Donald Trump during his election campaign.

He promised a ban on Muslim immigration “until our country’s representatives can figure out what is going on.” Whether he aims at Muslim terrorism or Islam as a religion, his plans are rigorous and align with the voices of right-wing European politicians like Geert Wilders of the Netherlands and Marine Le Pen of France. But if Trump applies his immigration ban and takes his time to investigate the U.S. situation in regard to Muslims, it would be good for him to look at Indonesia, the country with the largest Muslim population.

In Indonesia, six religions are officially recognized: Catholics, Protestants, Buddhists, Hindus and Confucianists live with more than 200 million Muslims, who make up 87% of the total population. I was fascinated by the way Indonesia manages its religious and cultural diversity, so I traveled to the capital Jakarta to learn more. Like the United States, Indonesia is a country with many different cultures but unified under a single national identity.

“We are not an Islamic state, we are not putting religions above the state, but we do not neglect the existence of religion,” says Dr. Jimly Asshiddiqie, a constitutional law professor who is also chairman of the Honorary Council of Electoral Officers (DKPP). I spoke to him about Pancasila — a state philosophy introduced by the first Indonesian president, Sukarno, after the country declared independence in 1945. Pancasila emphasizes nationalism, humanity, social justice, democracy and belief in one God — values that are also present among Americans. 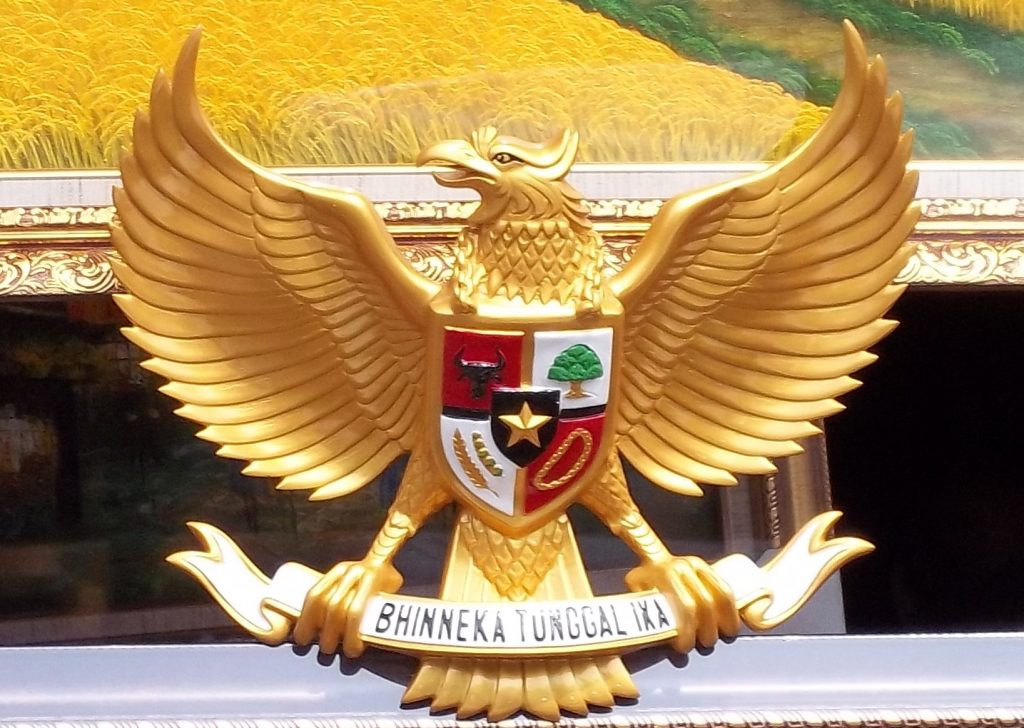 The national symbol of Indonesia >FLICKR/A_RABIN

While Trump states that Islam is not compatible with the American system, many Indonesians would not agree. During my research, I stumbled upon an interesting concept called Islam Nusantara, proposed by former president Abdurrahman Wahid in 1983 as a response to the negative image of Islam in Indonesia, which is often seen as impure and culturally polluted compared with Islam in the Middle East. Indonesians turned that image upside-down and molded the negative claims into an advantage. Islam Nusantara (literally: Islam of the Archipelago) became the modern term for the “Indonesian Islam” that is as orthodox as Middle Eastern Islam but culturally different. One of the foremost promoters of this form of Islam as an authentic Indonesian product is Nahdlatul Ulama, the largest Muslim organization in the world with 40 million members.  The group goes further in stating that Islam Nusantara is a universal method for Islamic integration.

“Islam Nusantara is a model for the rest of the world. Islam adapts, no matter where,” Imam Pituduh, secretary of Nahdlatul Ulama, tells me. “Islam will never oppose the existence of culture.”

According to Nahdlatul Ulama, Islam works as a blanket. There is an existing culture that needs to be preserved while Islamic values are easily implemented because of their simplicity. This means that there needs to be a clear distinction between culture and religion.

“To be a good Muslim, you must adapt to the culture that you are in,” says Abu Hurairah, chief of protocol for Istiqlal Mosque (the biggest mosque in Southeast Asia). “If you are in Indonesia, you wear batik. If you are in the Netherlands, you wear a T-shirt.”

“Islam has spread peacefully in Indonesia, adapting to its culture and, thus, became strongly rooted,” Hurairah says. “We cannot say this about, for example, Islam in Al Andalus [Spain]. The territory was conquered by Muslims from Northern Africa to be part of the caliphate, by war. Islam remained there for 400 years but when the Christians took back the country, Islam vanished instantly. Islam in Indonesia, however, survived more than 350 years of Dutch occupation.”

Americans and Muslims have a mutual enemy

American xenophobia and Islamic radicalism originate from the same phenomenon: globalization, which has often destabilized local economies. Many times people cloak their frustrations and anger behind the mantle of religion thus inflating a seemingly simple issue into a complex web of political or religious conflicts of interests.

Radicalism threatens Wahid’s indigenous and tolerant Islam. For example, there have been massive protests by the radical FPI (Islamic Defender Front) against Jakarta’s Christian and ethnic-Chinese governor Ahok, who has been accused of blasphemy by reciting from the Quran. But the protests are not purely religious. One of Ahok’s concerns is flooding in Jakarta during the monsoon season. To combat these floods, he removed many people who lived in the city’s riverbeds to give the water more space. He promised these people that he would give them new places to live, but he did not keep it. This made them angry and an easy target for radical groups. 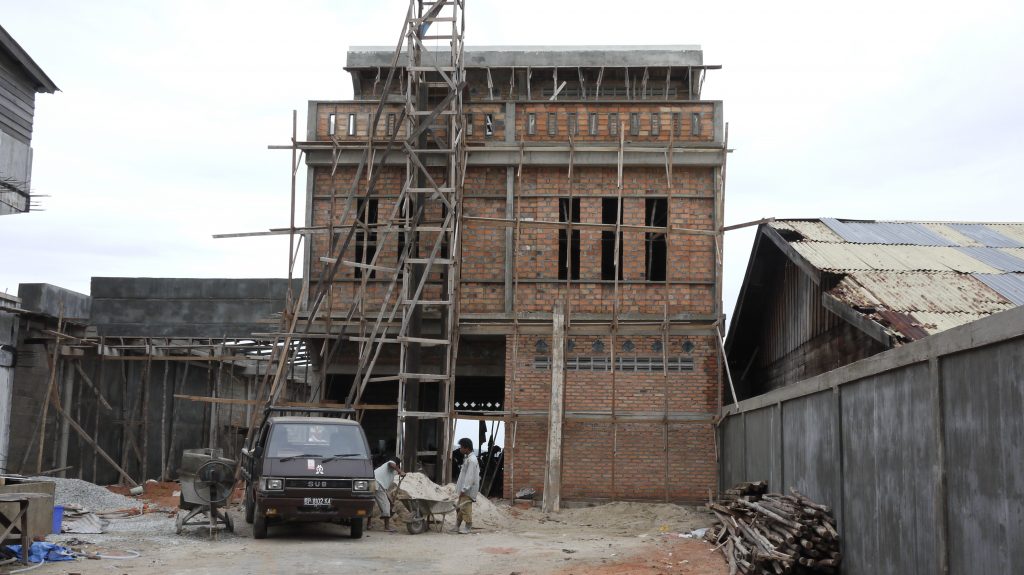 Indonesia has a history of religious violence by Muslims, which makes the country a nominee for Trump’s proposed Muslim ban. Dr. Ahmad Najib Burhani, senior researcher at LIPI (Indonesian Institute of Sciences) tells me that violent incidents by Muslims are often more complex than meets the eye. He mentions the burning of 12 Buddhist temples in Tanjung Balai, a town in North Sumatra. Angry locals who were victims of economic development in the region set the fires.

“They have no jobs, they have no money, and all that is left — their religious identity — is also taken from them,” says Burhani, referring to the influx of wealthy Chinese building big temples that dwarf the local mosques. “I often say that these problems are related to globalization.”

We can see similar sentiments among some Americans who have chosen to isolate the country and strengthen the American identity. People from behind the borders considered as threats for the economy and culture — Mexicans and Muslims — may be kept outside in the future.

Poor treatment of Muslims by the United States will cause strong reactions on the global stage with an even more polarized world as a result. It will only give Muslim extremists another reason to react to the West and vice versa — a vicious cycle that has been going on for quite some time now. Globalization seems to connect and divide at the same time

“Globalization has made the financial elite who donate to politicians very, very wealthy. … But it has left millions of our workers with nothing but poverty and heartache,” Trump said on a campaign stop in Pennsylvania.

Among Islam’s five pillars and six articles of faith, considered the basic rules for being a Muslim, there is no such thing as terrorism or religious violence. But when religion is not properly governed, it can become a dangerous tool for those with bad intentions. The Indonesians knew this and formed a strong national ideology to protect religious harmony. Asshiddiqie says Islam is not only compatible with Western cultures, but also is a brother-religion of Christianity. “Christians and Muslims have the same understanding of God. Only the ways to reach God are different. We have to reconcile the Abrahamic traditions between Islam, Christianity and the Jews. This is the key for peace, prosperity and justice in the future.”

Poor treatment of Muslims by the United States will cause strong reactions on the global stage with an even more polarized world as a result. It will only give Muslim extremists another reason to react to the West and vice versa — a vicious cycle that has been going on for quite some time now. Globalization seems to connect and divide at the same time. We see its marginalizing effects on Americans, radical Muslims, as well as on the English who support British withdrawal from the U.K., steelworkers protesting in Brussels and other European citizens leaning toward more right-wing political parties. Instead of inflating issues behind the guise of religion or politics, it’s important to take note of the simpler underlying factors. Perhaps, this observation is a good starting point for dialog between Islam and the West, to reach mutual understanding and addressing the true underlying problems. 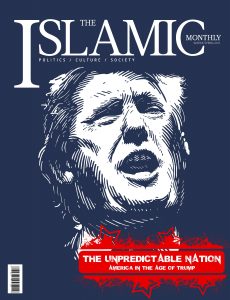 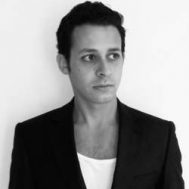