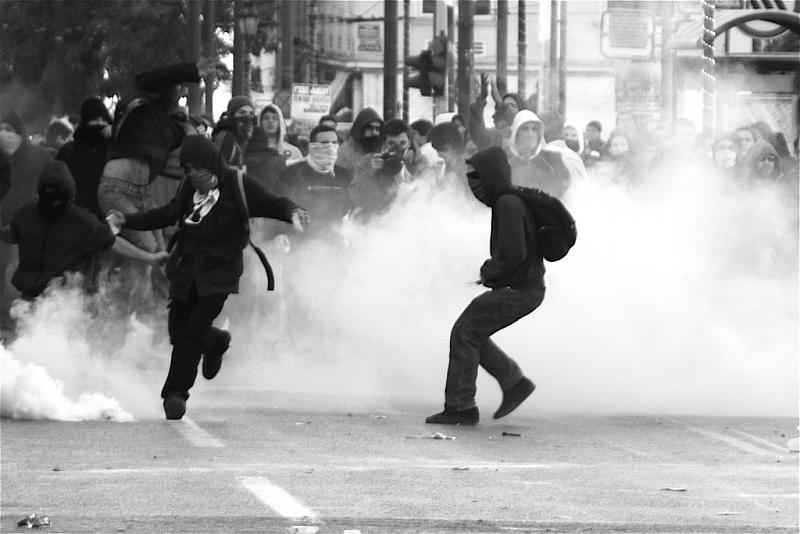 Much has been made about how the rise of right-wing demagoguery today has roots in the sociopolitical aberrations of 20th-century fascism, a tragic detour in Western modernity’s supposedly gradual road of infinite progress. This is much too truncated an analogy for Pankaj Mishra, a London-based Indian writer whose new book, Age of Anger: A History of the Present (to come out later this month), reaches back even further in the history of Western thought to argue that contemporary rage — the kind that’s being generated and exploited by opportunistic politicians around the world — is actually a logical byproduct of liberal rationalism, the bedrock of our modern reality and philosophical backdrop to the now fraying fabric of globalization.

Mishra uses what the 19th-century German philosopher Friedrich Nietzsche called ressentiment — an “existential resentment of other people’s being, caused by an intense mix of envy and sense of humiliation and powerlessness” — to describe the origins of today’s mass expressions of nativist rage, validated by President-elect Donald Trump and his equally insurgent cognates across the world. This ressentiment is caused ultimately by the inherent unevenness of modern politics and economics, which is constructed on the assumption that human nature can be perfected through rationalized self-interest. Those who directly or indirectly sense the illusory nature of this pervasive assumption find themselves in rigged systems that only pretend to an equal and fair playing field, be it money-making, political representation or even interpersonal relationships.

After all, not everyone can be a recipient of modernity’s material promises. Not every family in, say, China and Indian can be the proud owner of multiple SUVs, swimming pools and spacious garages, regardless of what the flagbearers of liberal globalization proclaim. Any attempt to do so would collapse an already frail planet before it’s even halfway realized. Those who’re beginning to feel this gap between modern realities and modern promises in places like Asia and elsewhere turning to the same sort of nativist inwardness that’s currently being exploited by strongmen like India’s Narendra Modi and the Philippine’s Rodrigo Duterte.

The GOP having majority sway over all three branches of the US government is scary enough, but it’s the global metastasis of this angry pattern that’s truly frightening, as Asia and Africa — long heralded as the “rising” tigers of liberal globalism — produce their own versions of ressentiment demagoguery. Mishra reminds us that these waves of humiliated masses who feel like modernity has let them down are not unique to history. They’re a type who’ve long existed in the West’s own history of modernization, a process that hasn’t come to terms with the imperfections and limits of human nature, the darker aspects of our tainted souls that give rise to resentment and angry humiliation.

When the “young man of promise” fails to be admitted into the club of modern aspiration, he responds with bitterness at those who’ve been more successful, or those who he thinks have prevented him from attaining his rightful piece of the pie: Muslims, immigrants, gays, etc. This is where the response to getting left behind eventually morphs into a nativist and often fanatical “defense” of one’s own sociocultural sect.

It takes a less-than-optimistic voice like Mishra’s to remind and prove to the public that, far from being the results of social or historical aberration, ressentiment is the inevitable byproduct of the continuous application of the conclusions of Enlightenment rationalism. This is when humankind replaced God with the Self, thus positing — just as their societies entered an industrial age — that the direction of civilization can be controlled by man’s own rationalized self-interest.

Mishra quotes 20th-century Austrian writer Robert Musil in a recent introductory essay to Age of Anger: It’s “not that we ‘have too much intellect and too little soul,’ but that we have ‘too little intellect in matters of the soul.’ ” It seems like a simplistic reduction of what looks to most of us like a whole universe of various problems, but Mishra is convincing in his demonstration of how modern problems aren’t the products of modernity-gone-wrong, but of modernity itself. This sounds awfully similar to the social critiques presented by a host of traditionalist and Muslim intellectuals, from Hamza Yusuf to Seyyed Hossein Nasr and, though Mishra may not agree, it seems that Age of Anger is pointing toward broader solutions (insofar as they exist and it’s not clear that Mishra thinks they do) that would have to make use of organized religion.

It turns out that as the global order frays, religion itself isn’t going anywhere. The global experience of Muslim terrorism, for example, is also an aspect of today’s ressentiment. It points out that, among other things, religions have retained their power despite secular modernity’s insistence that faith itself belongs ultimately to the myopic and backward stupidities/superstitions of simple people. Today’s proponents of radical modernism — now morphing precipitously into a mean laicism thanks to the rise of ISIS and the ongoing “war on terror” — would be hard pressed to come up with a workable solution to our global crisis, since the problem is to be found at the heart of their own derivative worldview.