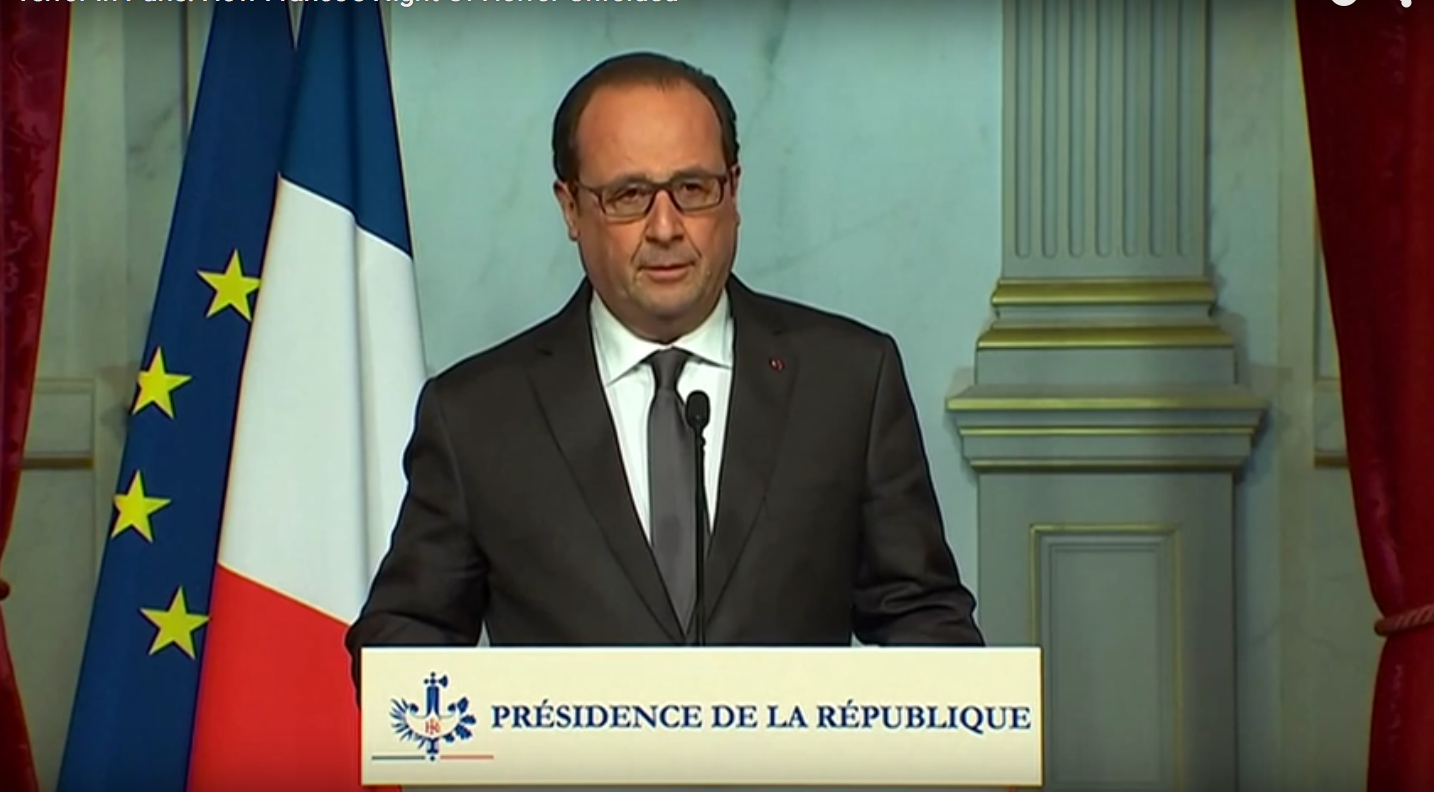 Not long after the Islamic State (ISIS) claimed responsibility for the worst attack on French soil since WWII, President Francois Hollande vowed to wage a “pitiless” attack on the group, whose crime he called an “act of war.” As of writing, at least 129 people were killed in a coordinated string of attacks Friday the 13th, including over 80 concertgoers who were held hostage in a sold-out hall. Witnesses say the gunmen sprayed bullets at the crowed and took time to re-load twice. All seven attackers involved are dead, but it’s harder to think of a bloodier episode of wanton murder resulting in so many deaths in such a short span of time. 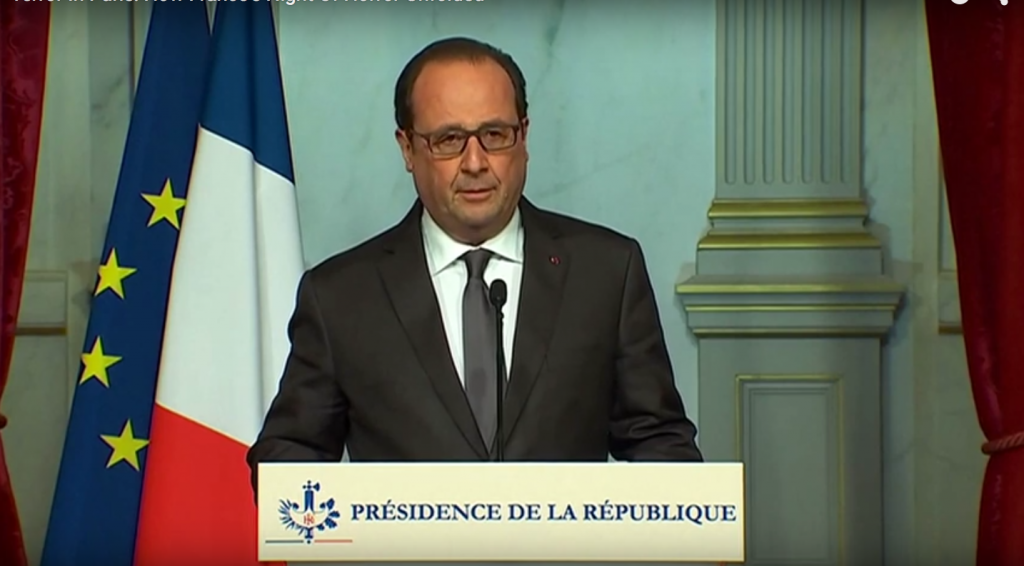 That the attacks happened with France being on high alert for months since the Charlie Hebdo attacks earlier this year can’t look very good on Hollande, which is probably why he chose to speak to his constituents so hawkishly, promising to destroy and kill terrorists without mercy. None of this rhetoric sounds new. Hollande sounded an awful lot like George W. Bush in 2001, when he, much like the French president, called 9/11 an “act of war.” Al-Qaida, a ragtag group of semi-coordinated, cave-dwelling extremists were thus upgraded to “warrior” status, much like how ISIS is often referred to as a “state” that represents pure evil just like how the Nazis used to do it.

Yet the era of conventional warfare has come to a close, and the West is facing a strategic conundrum that manifests not just on the battlefield, but in the form of ideologies, sentiments, grievances, and, on occasion, terrorism. Ideas and states of affairs can’t be fought on the battlefield, just like “terrorism” (a tactic) cannot be fought against through war. But when this kind of rhetoric is carried out literally through invasions and interventions, a cycle of bloody vengeance and strategic blunder always ensues. This seems to be the political and global pattern of the post-9/11 era. If France cobbles together a coalition of willing allies (an unlikely scenario) to step up the war against ISIS, she’d be following the same formula that has only helped exacerbate violent Muslim extremism.

How to get rid of ISIS isn’t the same thing as how to get rid of Muslim terrorism. ISIS is but one manifestation of a broader spectrum of violent behavior. Yet this behavior is not without a genealogy or a regional context. The Syrian uprising, which has by now turned into a bloody war of attrition, helped to galvanize Sunni violent extremism in the region. Al-Qaida in Iraq (AQI) needed a new lease on life after the U.S. began to draw down its presence in Iraq, and a war against the Alawi Bashar Assad fit the bill just fine. Furthermore, there was hardly any organized Sunni extremism in Iraq/Syria before 2003. One hardly needs to point out the obvious here. The U.S. invasion of Iraq under Bush eventually led to the infamous marriage between Abu Musab al-Zarqawi, a known terrorist in the region, and Osama bin Laden. Together they gave birth to AQI, which is more or less the precursor to ISIS.

Bush probably didn’t think he was helping to bring about ISIS when he and his advisers decided to invade Iraq, but the post-9/11 era is littered with similar unintended consequences. In fact, virtually every single post-9/11 war or intervention in the Middle East was aimed at (officially, anyway) bringing about a more stable and just society (led by someone who’d do the West’s bidding). Instead, the opposite has happened almost every single time. Every country, from Iraq to Libya to Afghanistan, having gone through some kind of U.S.-facilitated makeover, is now characterized by a fragmented society in a violently adversarial relationship with an incompetent central government.

The fact is that the Middle East region is now tied together by a web of complex political relationships, antagonisms and realities. If it was almost impossible for the Bush administration to impose its will on the region in 2001, Hollande and Co. will have zero chance of doing so in the Middle East of today. The post-9/11 military-first paradigm (the “war on terror”) of defeating extremism has failed to bring about anything other than instability. Sometimes, as in the case of #Paris, that broiling instability likes to spill into the rest of the world, where things are presumably more “civilized.” Yet the world of disaffected minorities and disenfranchised underclasses make it easier for ISIS’ rhetoric to resonate, especially when such talk is so good at hijacking a huge list of historical grievances.

The violent extremists who misappropriate scripture to kill innocent people have not hijacked Islam. They’ve hijacked Muslim grievances. Dealing with these grievances in an effective and fair manner will go a long way in disrupting the narrative with which Muslim extremists sustain themselves. This means giving those who are vulnerable to ISIS’ seduction an easier path to investing in society. Those who don’t have much to live for will die for a distorted version of the world, since their own lives are so distorted. For France, rather than going to war, giving its community of 5 million Muslims more opportunities to better their lives would be a good place to start.