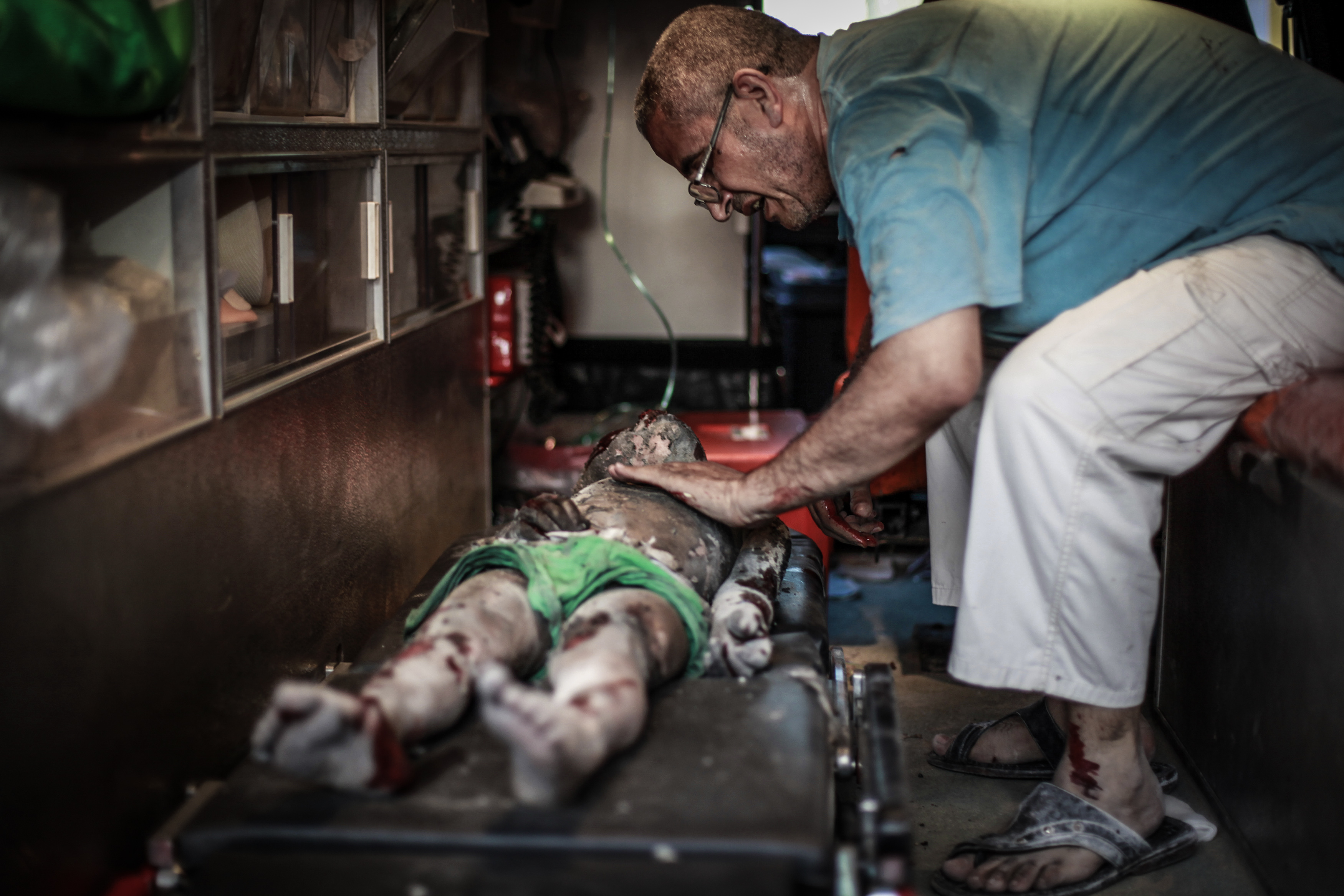 Parents and adults on the ground reflect the difficulty in protecting children.  “I cannot think of any need in childhood as strong as the need for a father’s protection”- Sigmund Freud 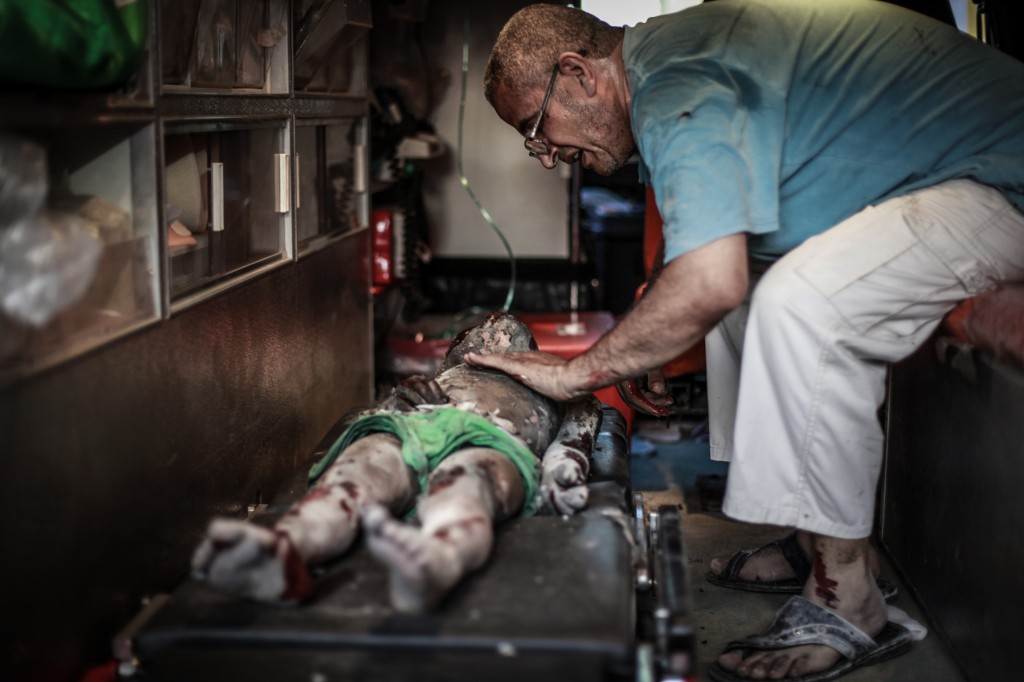 Palestinians evacuate a victim from a building that was hit by an Israeli strike in Gaza City, on July 20, 2014. Israeli strikes on Gaza on July 20 killed at least 97 people. The UN Security Council called for an “immediate ceasefire” as Israel pressed on with a blistering assault on Gaza taking the Palestinian death toll above 500.  (Photo by Hosam Salem/NurPhoto/Sipa USA)