Yesterday, those seeking refuge in a United Nations School were killed in an airstrike.  The funeral happened just moments ago. 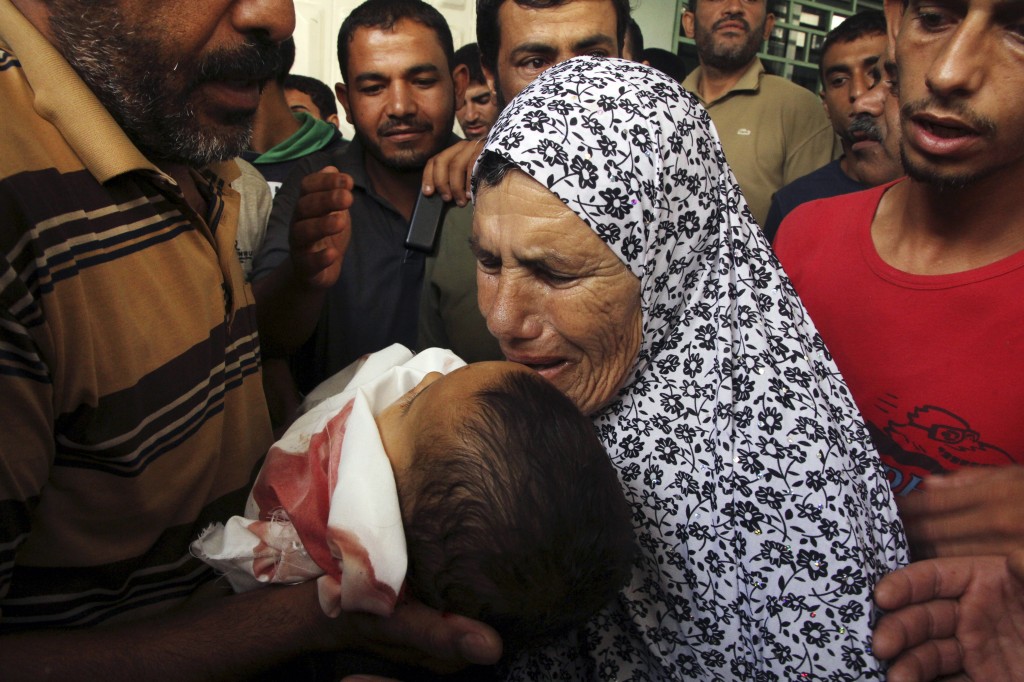 A Palestinian relative cries over the body of 6-month-old Noha Mosleh, who was killed in an Israeli strike in the yard of the United Nations school in Beit Hanoun, during a funeral in Beit Lahiya, in the northern Gaza Strip, Friday, July 25, 2014. (AP Photo/Yasser Qudih)