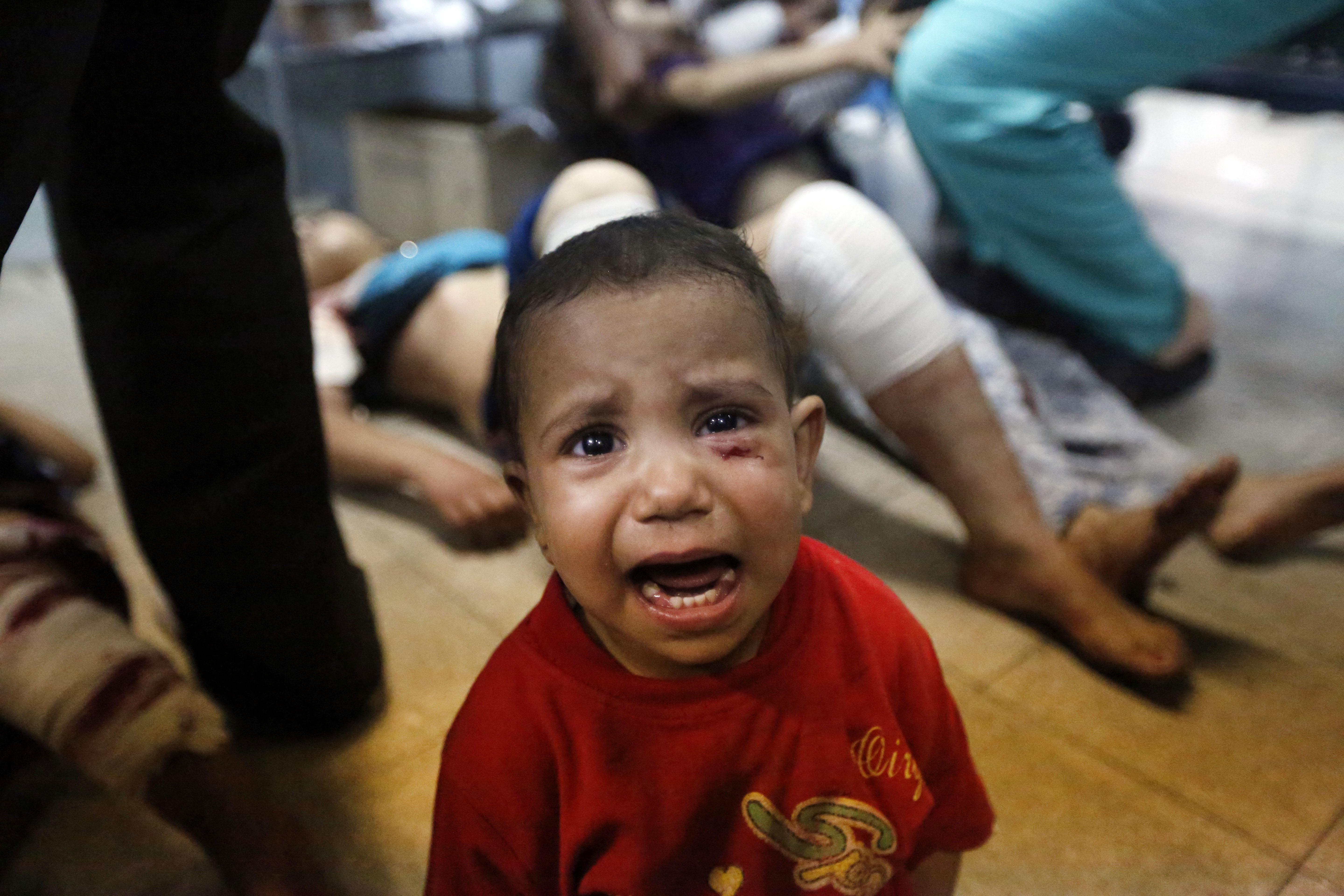 No place for safety for civilians and children.  Safe zones also caught in the line of fire. 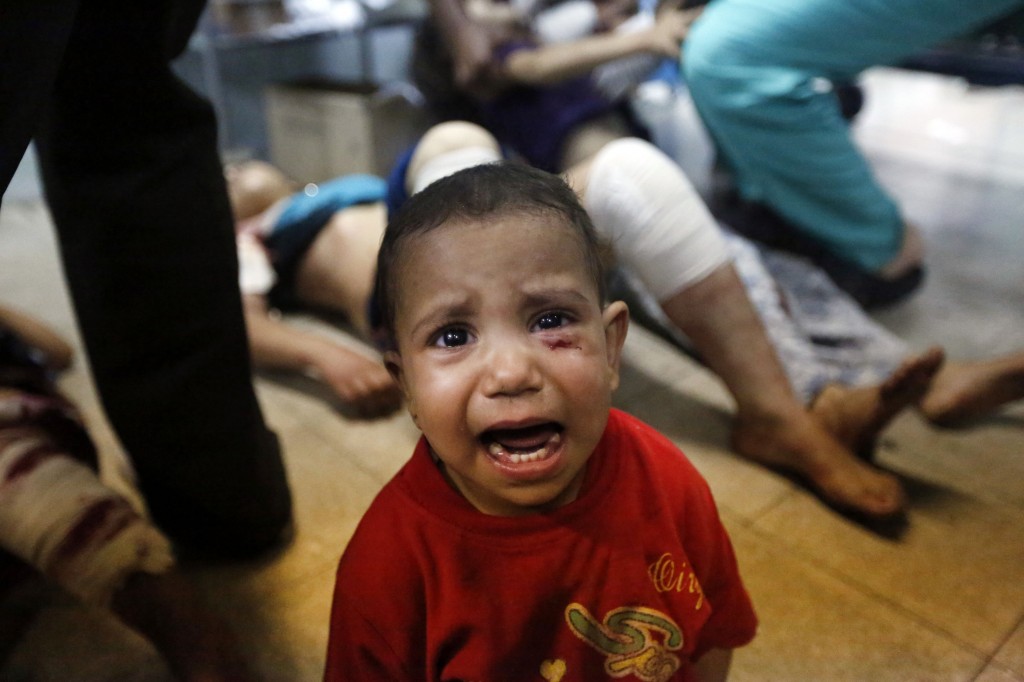 A Palestinian child, wounded in an Israeli strike on a compound housing a U.N. school in Beit Hanoun, in the northern Gaza Strip, cries at the emergency room of the Kamal Adwan hospital in Beit Lahiya, Thursday, July 24, 2014. Israeli tank shells hit the compound, killing more than a dozen people and wounding dozens more who were seeking shelter from fierce clashes on the streets outside. Gaza health official Ashraf al-Kidra says the dead and injured in the school compound were among hundreds of people seeking shelter from heavy fighting in the area. (AP Photo/Lefteris Pitarakis)