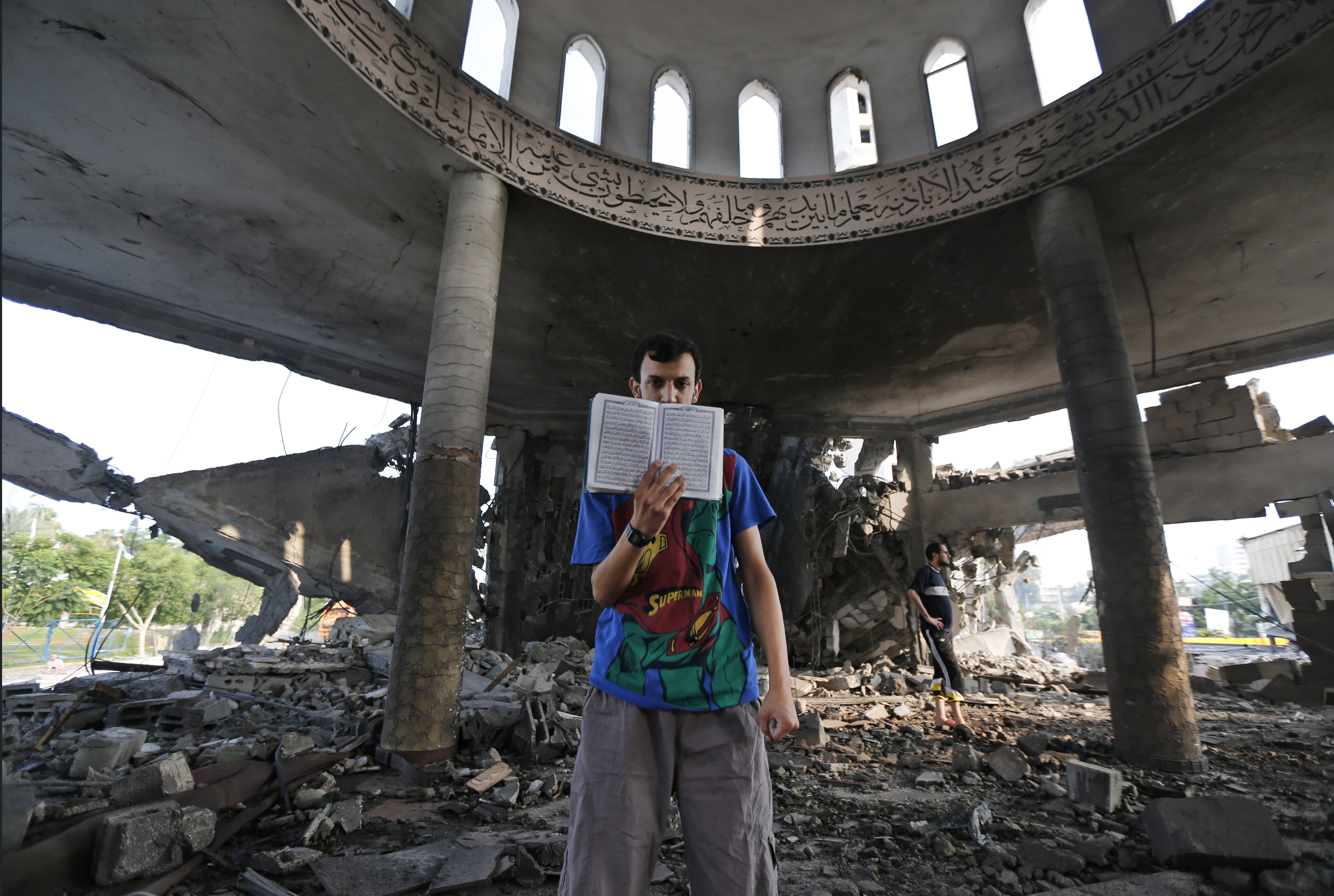 Following the bloodiest day during this operation since 2009, Palestinian death toll rose to more than 580.  Israel warned 100,000 Palestinians to vacate their homes along the Gaza Strip prior to ground and air offensives.  International diplomatic efforts have made little progress on the ground. 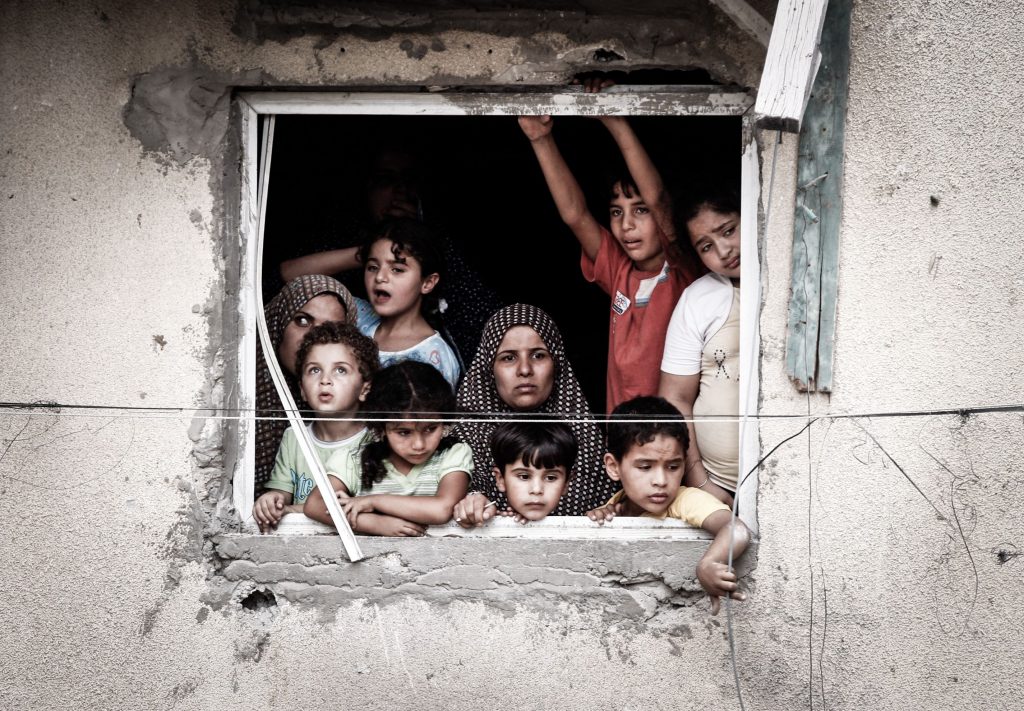 A Palestinian family watch rescuers searching for bodies and survivors under the rubble of homes which were destroyed by an Israeli missile strike
Israel-Gaza Conflict, Gaza, Palestinian Territories – 21 Jul 2014.  On Sunday, the first major ground battle in two weeks of Israel-Hamas fighting exacted a steep price, killing scores of Palestinians and over a dozen Israeli soldiers and forcing thousands of terrified Palestinian civilians to flee their devastated Shijaiyah neighborhood, which Israel says is a major source for rocket fire against its civilians.  (Rex Features via AP Images) 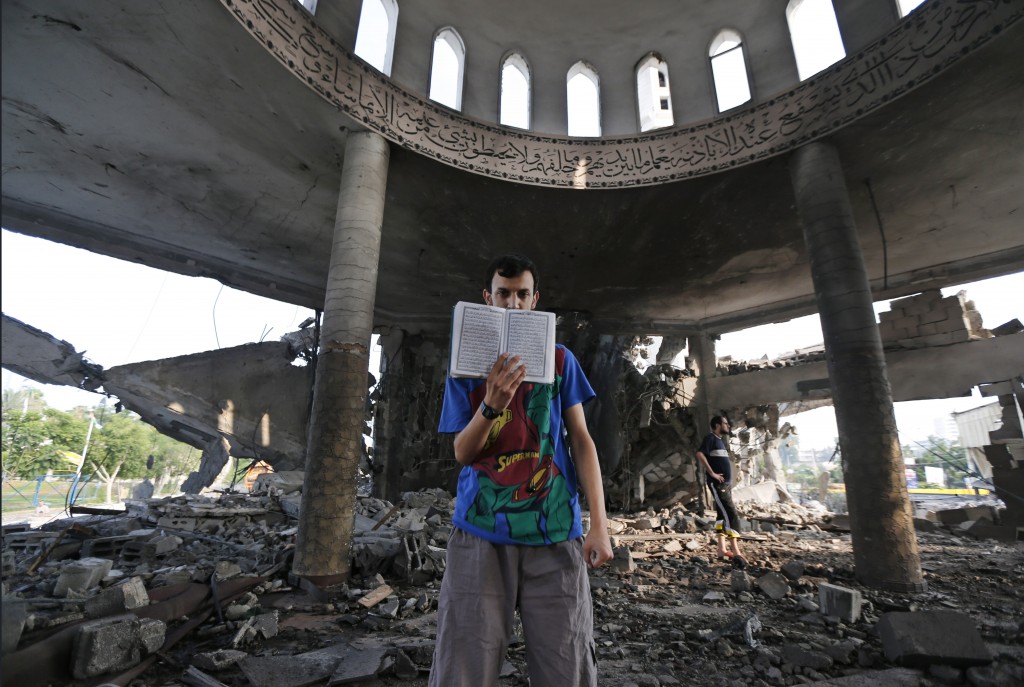 A Palestinian youth, holding a Quran, Islam’s holy book, poses for photographers as he stands in the rubble of the Al Aqsa Martyrs mosque in Gaza City, destroyed by an overnight Israeli strike, Tuesday, July 22, 2014. Diplomatic efforts intensified to end the two week war that has killed hundreds of Palestinians and dozens of Israelis. (AP Photo/Lefteris Pitarakis) 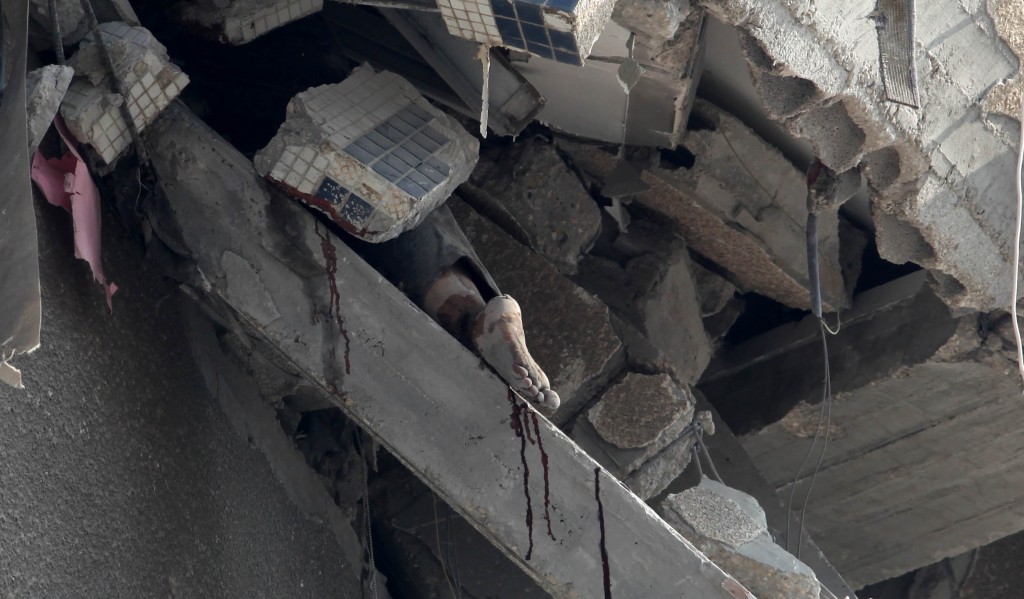 The leg of a resident is seen between rubble of the destroyed Al Salam residential tower after an Israeli air strike in Gaza City, Gaza Strip, 22 July 2014. Eleven people were reported killed after an Israeli air strike at the quarter on 21 July night. Dozens more people have been killed in fighting between the Israeli army and Islamist militants in the Gaza Strip, officials said 22 July. The number of Palestinians to have died rose by around 30 since late 21 July, bringing the total to 583, Gaza Health Ministry spokesman Ashraf al-Qedra said. Israeli airstrikes began on 08 July and a ground offensive on 17 July 2014. (Photo by Majdi Fathi/NurPhoto/Sipa USA) 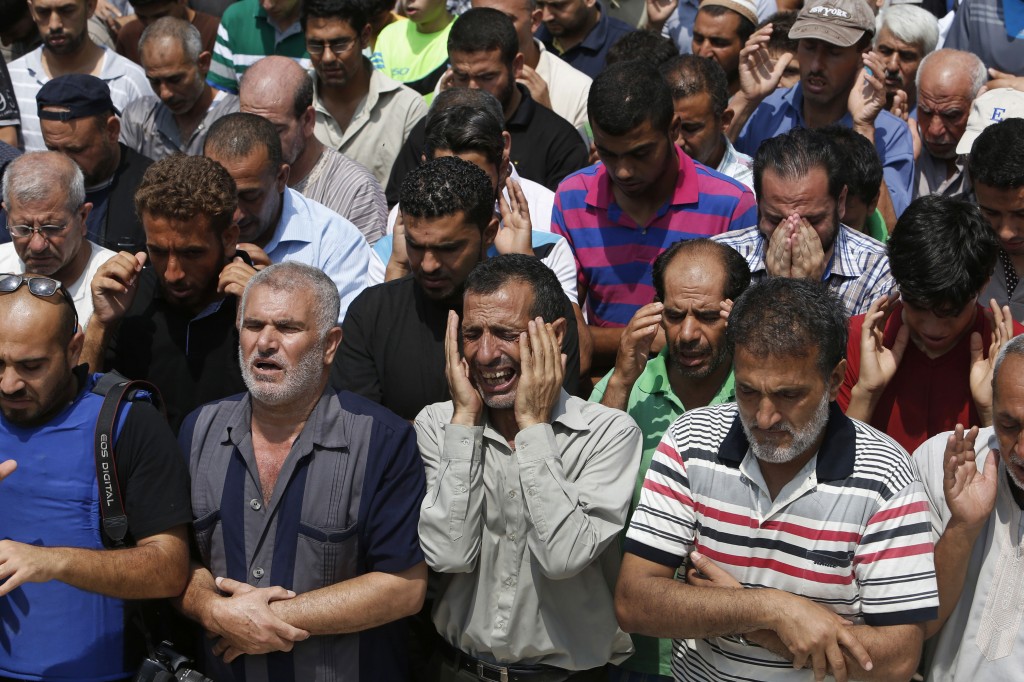 A relative bursts into tears as mourners pray in front of the bodies of seven members of the Kelani family, killed overnight by an Israeli strike in Gaza City, during their funeral in Beit Lahiya, northern Gaza Strip, on Tuesday, July 22, 2014. Ibrahim Kelani, 53, his wife Taghreed and their five children, were killed in the strike on a Gaza City highrise. Ibrahim’s brother Saleh Kelani said Tuesday that his brother and his brother’s children, ranging in age from four to 12, had German citizenship, while his wife had not. The family had rented the apartment in the high-rise after fleeing their home in the northern Gaza town of Beit Lahiya which came under heavy shelling by the Israeli army. (AP Photo/Lefteris Pitarakis) 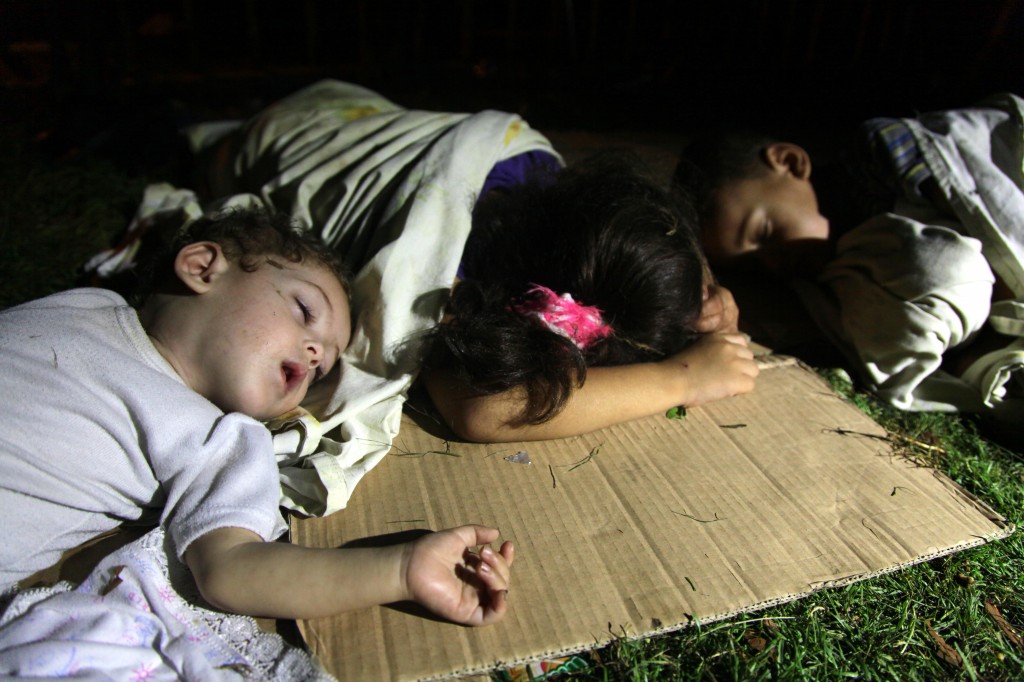 GAZA STRIP – JULY 21, 2014 – Children sleep in the Al-Shifa Medical Center after the escape of (Shijaiya) to escape the shells Alasiraelih a day after the Israeli army warned some 100,000 Palestinians in the eastern Gaza Strip to evacuate their homes. The death toll in Gaza rose to 572 today following the bloodiest day in the Palestinian enclave since 2009 where Israel is pressing a punishing military operation. (Photo by Ezz al-Zanoun/NurPhoto/Sipa USA)