More than 155 children have been killed since the start of this over two week war.  But, more than a thousand have been injured.  And more than 100,000 have seen someone close to them die, injured or displaced from their home.

Today’s photo of the day. A long struggle ahead for many of Gaza’s children.  For this one below, she suffers more than just a severe injury.  Read below. 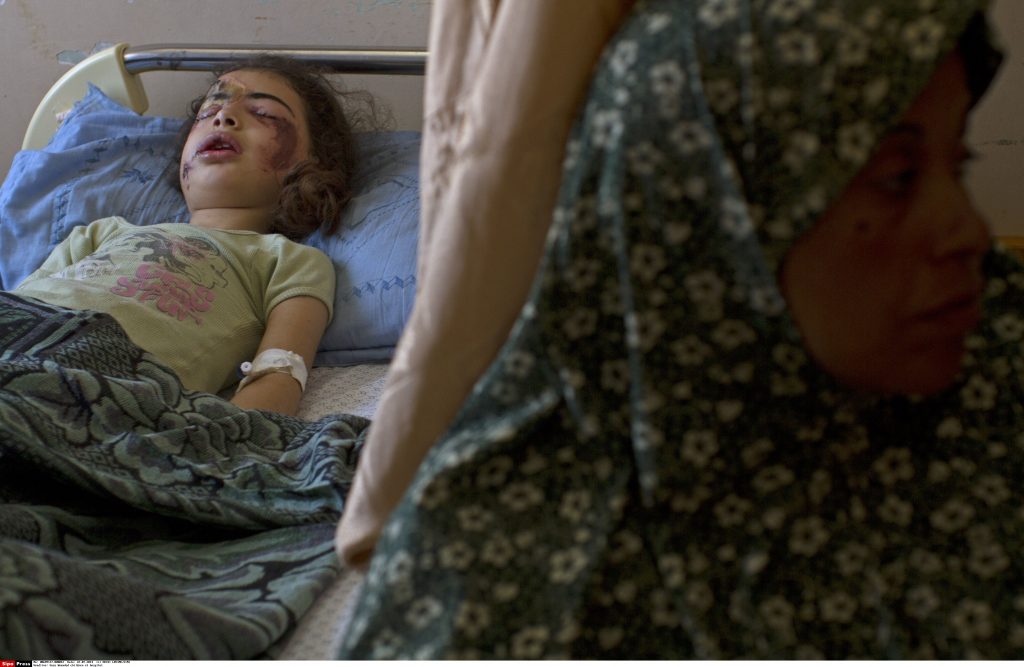 Wounded Palestinian Basan Dhahor ,8, lays in her hospital bed at Shifa Hospital in Gaza City July 22,2014. She was wounded on Sunday at her home in the Shejaia neighbourhood where over 50 Palestinians were killed as Israeli forces bombarded the area . She lost 5 family members including her parents which still remain under the rubble of their home . (Photo by Heidi Levine /Sipa Press)./LEVINE_142012/Credit:HEIDI LEVINE/SIPA/1407231429 (Sipa via AP Images)