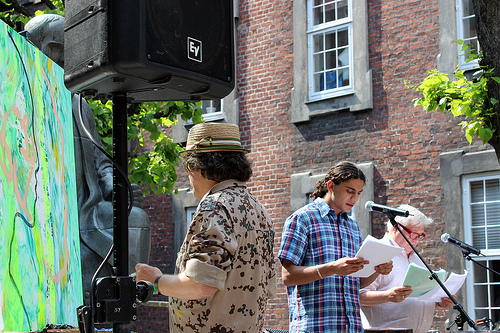 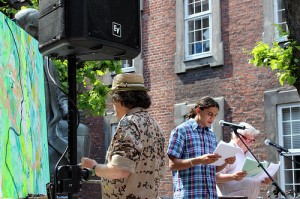 Echoing the events of 2010, in which Danish cartoonist Kurt Westergaard depicted the Prophet Muhammad in a controversial cartoon, 18-year old poet, Yahya Hassan was assaulted in Denamrk this past Monday after criticizing the Muslim community.

Hassan recently had a self-title book of poetry published, featuring around 150 poems. Since its release in mid-October, the book has sold over 30,000 copies, an abnormal success in Denmark. His poetry touches on a childhood in the Muslim community and issues with being raised by immigrant parents. Hassan’s parents came from Palestine and settled in Denmark.

While waiting on a train at Copenhagen Central Station, Hassan was attacked from behind and beaten. The suspect was immediately detained by security and Hassan sustained no serious injuries during the attack.

The assailant is 24-year-old Isaac Meyer, also known as Abdul Basit Abu Lifa and he is no stranger to law enforcement. In 2007, Meyer was sentenced to serve seven years in prison for a failed terrorism plot in Europe. Instead of serving the full term, he was conditionally released in 2010. If convicted of these latest assault charges, Meyer could serve up to three years in prison.

Some think that the attack is a result of Hassan’s recent media coverage. He published an editorial piece entitled, “I F***ing Hate My Parents’ Generation,” in Politiken, a Danish daily newspaper. Since its publication, it has become the most shared story on the paper’s website. Following that, Hassan appeared on the television program, “DR Deadline,” which only increased his status.  So far, he has received nearly thirty death threats and has been placed into protection by The Danish Security and Intelligence Service, also known as PET.

After the attack, Hassan wrote on his Facebook account, “Can one not speak freely without being attacked?”