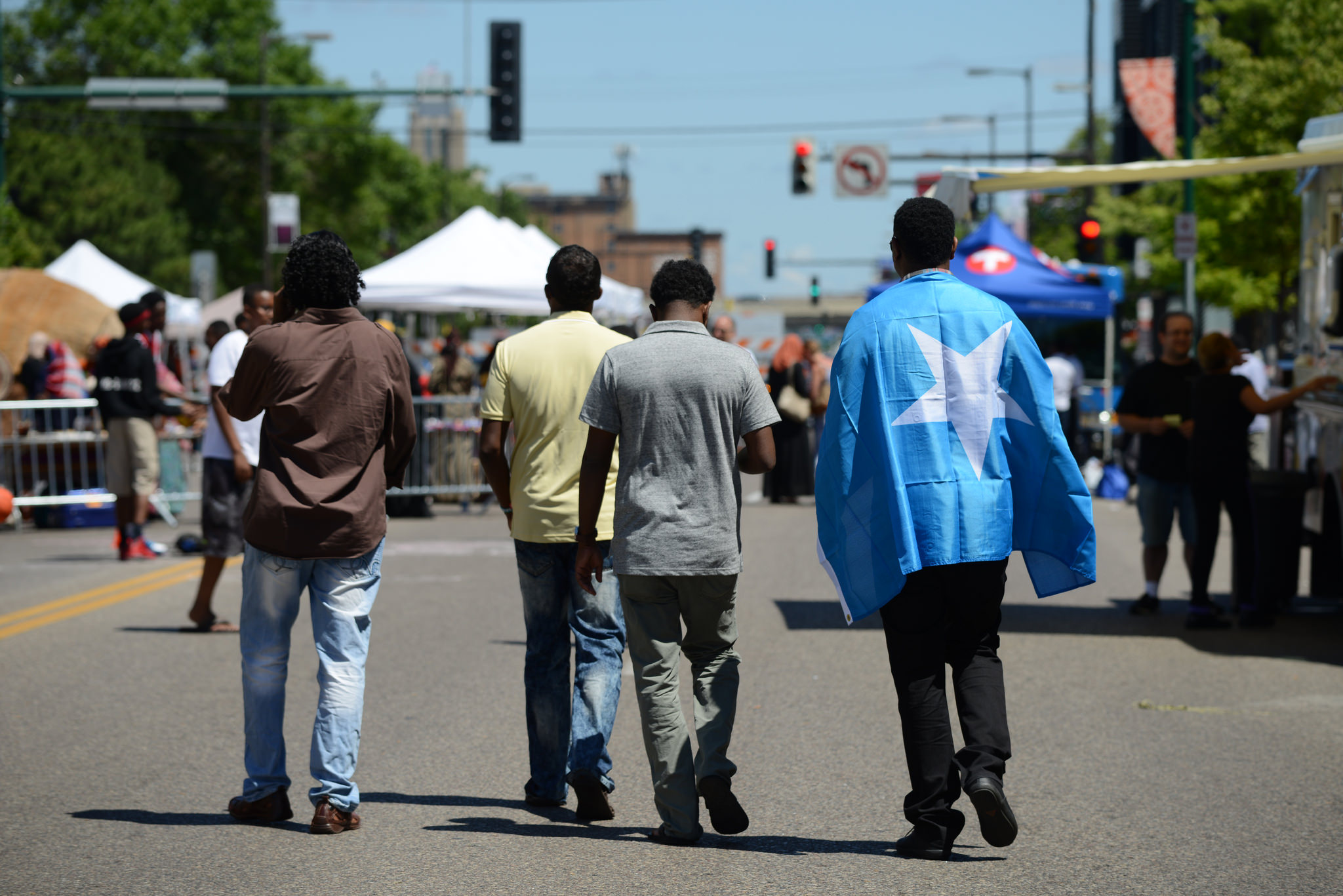 The FBI has viewed Minnesota’s Somali community with intense suspicion for nearly two decades. Federal law enforcement’s wariness of this Somali community, the largest in the United States, has grown more intense in recent years, rising to the level today that many Somalis in Minnesota believe federal agents are aggressively targeting their youth.

After the 9/11 terrorist attacks, Minnesota Somalis were not high on the FBI’s list of potential threats. There was a belief among FBI counterterrorism agents that Minnesota Somalis attracted to extremism were interested in fighting with al-Shabab, and for that reason were only interested in fighting in Somalia’s civil war rather than joining al-Qaida, whose leaders were bent on exporting terrorism to the U.S. and its Western allies.

The numbers supported this FBI view. In the decade after 9/11, Mohammed Warsame, a Canadian citizen who married a Somali woman in Minnesota and traveled between Toronto and Minneapolis, was the only Somali prosecuted in Minnesota for alleged ties to al-Qaida. He served 92 months in U.S. federal prison. By contrast, during the same decade, 17 Somalis in Minnesota were prosecuted for alleged ties to al-Shabab. Most were charged with conspiracy to murder, kidnap or maim overseas — meaning their ambition was to join the war in Somalia, not bring it to the U.S.

Things have changed since the first decade of the war on terror. Today, investigating Somalis in Minnesota is among the FBI’s top counterterrorism priorities, FBI agents have told me.

There is a confluence of reasons for the shift, but a few of those reasons stand out among FBI agents I’ve interviewed. Mohamed Osman Mohamud, a Somali American, conspired with undercover agents when he was 19 years old in a sting operation to bomb a Christmas tree-lighting ceremony in Portland, Oregon, giving government officials an example of a Somali American trying to bring the violence home. Al-Shabab formally merged with al-Qaida in 2012 and attacked a shopping mall in Kenya in 2013, demonstrating al-Shabab’s ability to export fighters and violence to other countries. By 2014, ISIS propaganda videos were luring extremists in Minnesota who, only a year or two earlier, would have been recruited by al-Shabab.

FBI agents point to Abdi Nur as an example of what they fear in Minnesota. Nur was a community college student who talked of being a lawyer. Then, seemingly overnight, he changed. Nur began to attend a new mosque. He dressed differently, in more traditional Muslim attire. The FBI describes this sort of sudden change as having become “radicalized.”

Then, as quickly as he changed, the 20-year-old disappeared. On May 29, 2014, he boarded a flight to Turkey, and within a couple of months, he had joined ISIS in their de facto capital in Syria. “What A Beautiful Day in Raqqa,” Nur wrote on Twitter. He later posted a photo of himself online standing in the desert and holding a Kalashnikov. Nur remained in contact with Somalis in Minnesota, through his public Twitter account as well as through private messages. 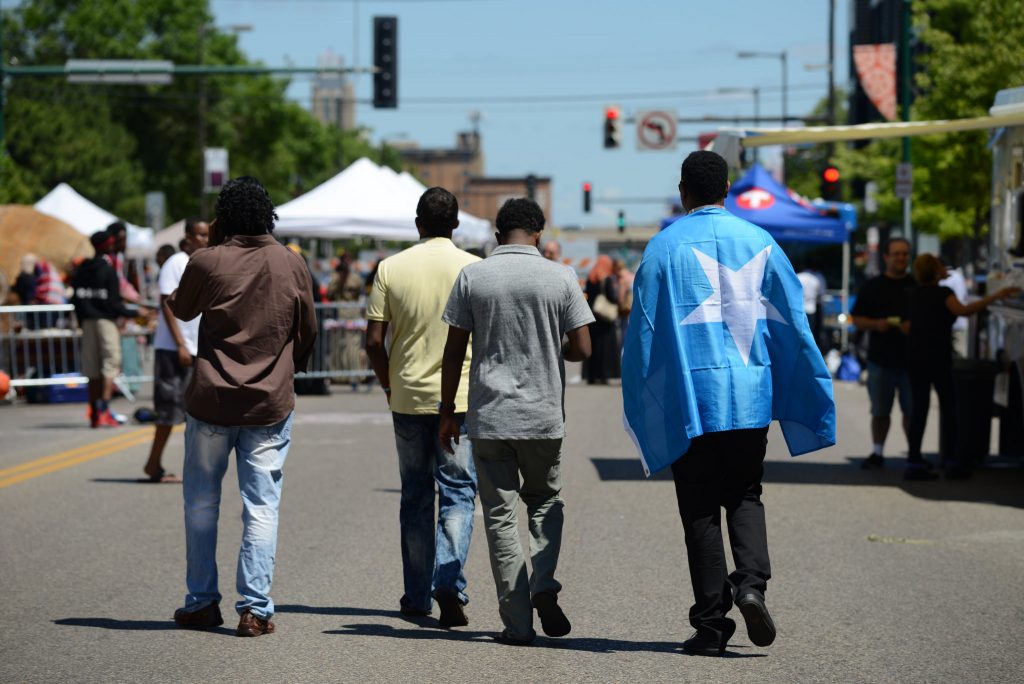 The FBI’s recruitment of informants — now more than 15,000 nationwide — and unannounced visits to homes in Minnesota increased significantly after Nur pronounced on Twitter that he’d joined ISIS. The FBI was interested in anyone and everyone in contact with Nur, fearful that the extremist game in Minnesota had changed and would-be fighters there would try to bring the violence to the U.S.

Federal agents soon identified a group of Minnesota men who had tried to leave for Syria at about the same time Nur did. Unlike Nur, however, they weren’t successful. In late May 2014, Abdirahman Bashir, Guled Ali Omar and Yusuf Jama hatched a plan to drive to California, and then each man would travel separately to Syria. Omar withdrew $5,000 from his financial aid account and emptied his personal bank account of $1,200. But their efforts to join ISIS were foiled by an unlikely adversary: Omar’s family confronted them while they packed a rental car. Omar deposited $5,500 back into his bank account.

Of the three men, Jama was the only one who eventually made it to Syria. He called his family from overseas, telling them only that he was safe and in another country. The FBI linked Jama to Nur since he called from a phone number that Nur had previously used.

Bashir worked at a UPS sorting facility with a group of Somali Americans who talked about joining ISIS. Two of Bashir’s cousins, Hersi Kariye and Hamsa Kariye, were already in Syria with Nur. They called him and encouraged him to join the fight.

Bashir and his friends didn’t realize they were under FBI surveillance at the time. In early November 2014, Bashir learned that his cousins had been killed in Syria, and he began to pull away from the group after reading and listening to scholars who discussed how ISIS was un-Islamic. Around the same time, Bashir’s friends — Mohamed Farah, Hanad Musse, Zacharia Abdurahman, Guled Ali Omar and Hamza Ahmed — attempted to travel to Syria. They were all stopped and prevented from boarding planes.

This story could have ended here. Bashir would have gone his own way, and his friends, unable to leave the country, likely would have had to be content with fantasies of joining ISIS. But then the FBI got involved.

Federal agents made Bashir an offer: Become a paid informant and rekindle his relationship with the group. “I was trying to get my life on track,” Bashir later testified in the trial of three of the men in the group.

Bashir wore a wire and began to record the group’s conversations. They admitted in those private conversations that their attempts to leave the country were not for vacations, as they had told border agents when they were turned away, but were instead to join ISIS. They knew they were on a watch list and couldn’t board a plane with their passports, but Abdurahman told Bashir that they had a plan: Nur had a contact in Mexico who could give them fake travel documents. They would drive to San Diego, cross the border into Mexico, obtain the passports from Nur’s contact, and then fly from Mexico to Turkey.

Their plan was quickly scuttled. On March 16, 2015, Omar told the group that Nur had not been heard from recently and that he may have been killed.

They had lost their only contact with ISIS, and they couldn’t leave the U.S. with their passports. The group seemed out of options. That’s when the government stepped in to ensure that the plot continued. Bashir told Omar not to worry because he had a contact in San Diego who could make fake passports.

“It’s dunya,” Farah told Bashir, congratulating him for finding someone who could supply passports. “There’s nothing for me in this world, bro.”

Farah added: “We gotta be smart, brother. We can’t make dumb decisions like we always do.”

Their plan was roughly the same as it had been when they had Nur’s contact — travel to San Diego, cross the border to Mexico and fly to Turkey.

“We got the frickin’ equation, bro,” one of the group’s members, Abdirahman Daud, boasted. He then added: “We just need to execute.”

On April 16, 2015, in an apparent effort to remove any doubt that the group could obtain fake passports in Mexico, the FBI set up a phone call. Bashir and Daud talked to the supposed contact in Mexico, who was actually another undercover FBI employee.

No one in the group had succeeded in leaving the U.S. or in helping ISIS in any way. Their conspiracy consisted of talk and failed attempts to get on planes — all done while the government was watching.

In all, federal prosecutors indicted 10 men related to the conspiracy. Six pleaded guilty. Nur, indicted in absentia, is believed to be in Syria, if he is even alive. Three of the men — Omar, 21, Daud, 22, and Farah, 22 — were convicted at trial. They face a potential life sentence.

The case demonstrates the power of conspiracy law against Muslims in federal courts today.

Since the 9/11 terrorists attacks, FBI terrorism sting operations have led to the prosecution of more than 200 people after undercover informants provided the means and opportunity for otherwise incapable people to become what we now term “terrorists.” In many of these cases, the targets of the stings are provided with fake bombs. Their conspiracy and freedom end when they push a button expecting a bomb to detonate. In some of the more problematic stings, the government relied on evidence that the targets gave an oath to a terrorist organization as proof that they’d conspired with terrorists. The so-called Liberty City Seven in Miami were prosecuted based on their giving an oath to al-Qaida. The evidence was so hollow that it took federal prosecutors three trials to convict five of the seven men.

But in the Minnesota case, as with other recent cases involving Muslims who allegedly aspired to join ISIS, no bomb was needed to convict. Prosecutors didn’t even need to record a pledge of allegiance to ISIS. Instead, the government needed only fanciful talk — conversations secretly recorded by a man the group believed was a friend — to convict on terrorism charges.

Maybe some of the men would have gone to Syria and joined ISIS had the FBI not set them up in an elaborate sting in Minnesota. It’s possible, certainly. But it’s just as possible that they would have grown disillusioned with the idea and with ISIS, and would have abandoned plans altogether to travel to Syria.

After all, that’s precisely what happened with Bashir. He realized ISIS did not represent Islam. He discovered that the people he knew who had joined were now presumed dead. Bashir changed his mind and dropped his plan to travel to Syria. It took FBI agents to lure him back to the group, strapping a microphone on him and paying him $41,000 to set up the Somalis in Minnesota he had once considered his friends.

It was all a big con. 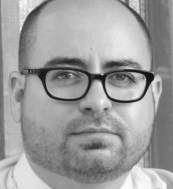 The author is executive director of the Florida Center for Investigative Reporting and author of "The Terror Factory: Inside’s the FBI’s Manufactured War on Terrorism." Follow him at @trevoraaronson.