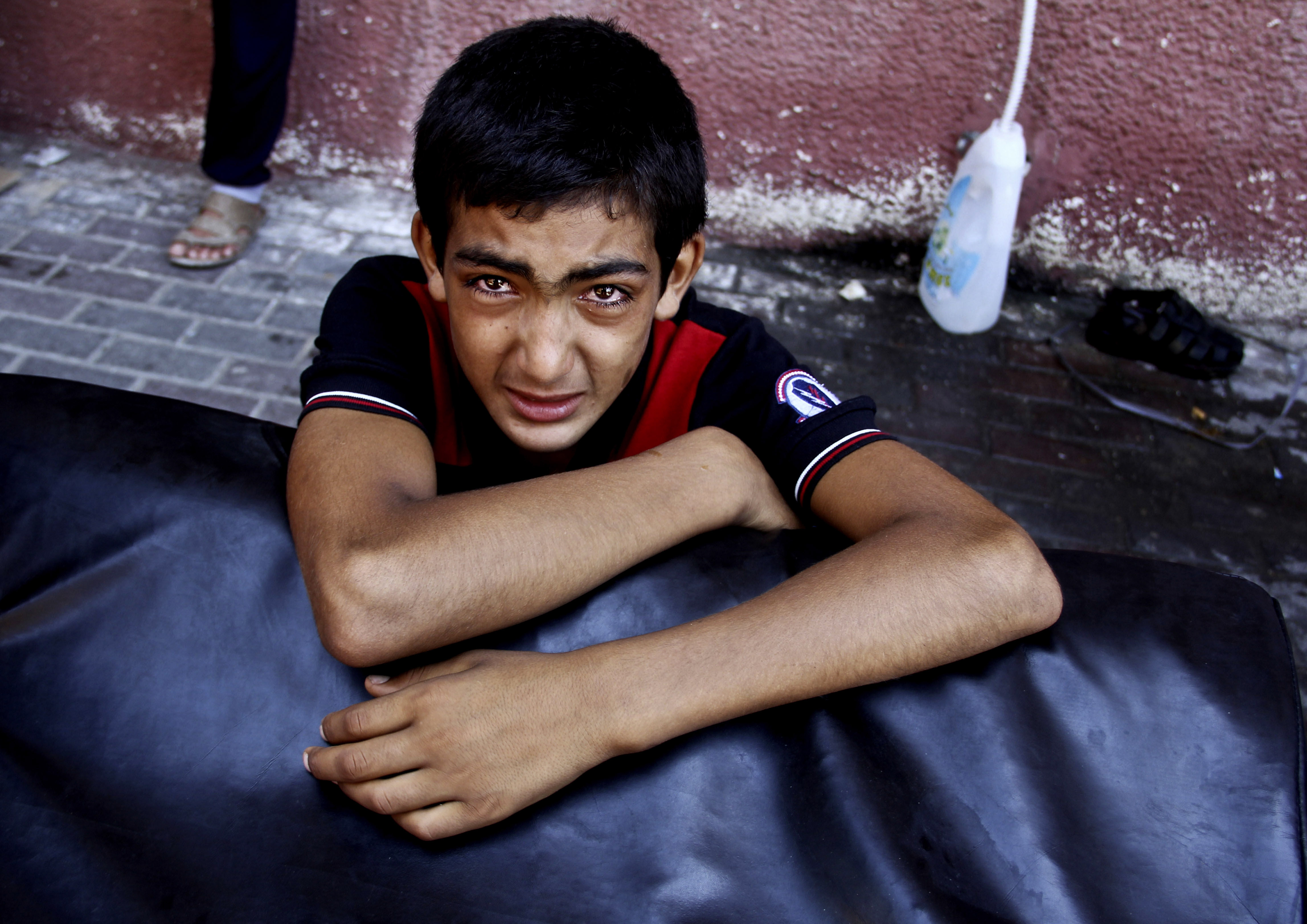 The Perpetual state of PTSD in Gaza’s Children 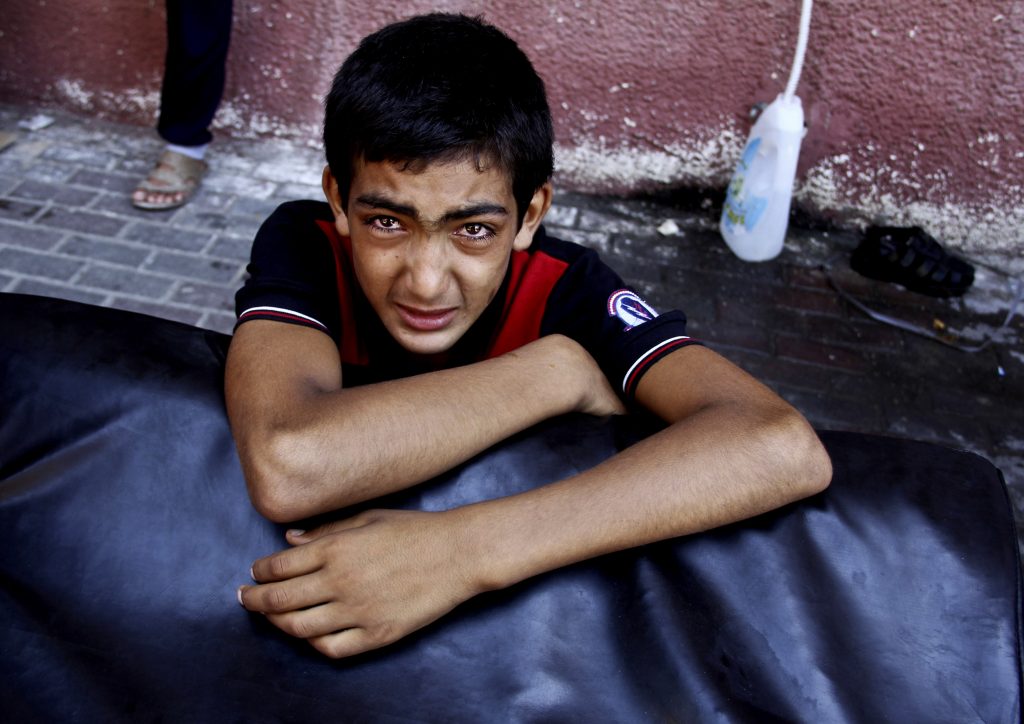 A recent article published in The New Yorker details the devastating loss faced by the director of the Gaza Community Mental Health Center, who lost 29 people from his family in an airstrike to his three story home. The article reflects the ongoing devastation in Gaza, with over 1800 Palestinian lives taken away thus far, more than 20% of which are children.

What is not reflected in this article is the extreme destruction to the infrastructure needed for providing safe and effective mental health treatment. These blows, combined with ongoing conditions, essentially make effective treatment for ongoing Post Traumatic Stress Disorder (PTSD) near impossible.

As a counsellor with a particular focus on traumatised populations, I have worked with children suffering from PTSD most especially with the children of Gaza. I am a member of a group, the Palestine Trauma Centre UK (PTCUK), that attempts to empower traumatized Palestinian children and their families. We do this through a variety of means, including direct psychological intervention, training of mental health officials in Gaza, counselling face to face and through hotlines, and visits by the brave local PTC Gaza team members to hospitals and homes, especially during this ongoing bombardment.

I have seen thousands of PTSD and Continual PTSD (CPTSD) sufferers. I know our work makes a significant difference to those we can help, but it is not enough. There is nowhere near a sufficient amount of mental health hospitals in Gaza to meet the growing demand of those previously, let alone currently rapidly traumatized. That is even when they do in fact courageously overcome mental health stigma to seek psychological support. The United Nations Relief and Work Agency, UNRWA, reported that at least 200,000 people in Gaza need immediate psychological help.

The cost of failing to treat children suffering from PTSD or CPTSD is far too high. A 2009 study from Dr. Abdul Aziz Thabet, and others from the Gaza Mental Health Community Program, found that 98.3 percent of children from Gaza show signs of PTSD.  Of these, twenty-nine percent showed moderate signs of PTSD, while more than 60 percent showed severe signs. These signs include night terrors, bed wetting, anger, desperation, anxiety, violent outbreaks, not speaking, not focusing, irritability and fear of the dark, of going outside the home, panic attacks, hair loss and other specific and general trauma symptoms.

This is no surprise when one considers that a Palestinian child born in the year 2000, who has managed to survive, has lived through the Second Intifada, the war in 2006, and the bombardment of Gaza in 2008, 2012, and the current crisis as we speak.  This translates as fourteen years of rocket blasts, fourteen years of family and friends being killed, one by one, or sometimes 25 at a time, and fourteen years of constant trauma inducing horrors, ranging from daily realities of the blockade and occupation, to seemingly bi-annual outbursts of carnage.

As such, PTSD, as we normally use the term, does not really apply to Palestinians since it is generally used to refer to symptoms incurred by a specific, and often, one time, incident or accident, such as a car crash, or a fire. Yet for Palestinian children, the source of PTSD is not an isolated incident, but rather a daily reality. Palestinians who survive this bombardment will not see an end to their suffering. Instead, they will be dehumanized daily via check points, and a serious blockade that makes life nearly impossible. Palestinian children are constantly traumatized, and Israel’s brutal policies toward Palestinians are the reason this is the case.

A couple of steps must be taken in order to combat this ongoing mental health crisis. Primarily, children who suffer from PTSD must be treated. They need to interact with adults they can trust, who specialize in sensitively working with the unique ways children manifest PTSD. They need counselling within multi disciplinary teams, security, and mid to long term support.  Groups like PTCUK and PTC Gaza are helpful, but we do not have enough resources to effectively respond to the rising demand that faces us. More money, more trained psychologists, counsellors and more volunteers are required.

Taking these steps may help significantly bring traumatized children back from the grips of PTSD, even if not entirely, it can help significantly. Unfortunately though, in order to recover from PTSD one needs the absence of triggers, as well as peace and tranquility (and a longitudinal study by Altawil & colleagues in 2012 showed this too).

Israel has made this nearly impossible. Palestinians are ensnared in a never ending stream of trauma. Israel’s oppression causes mass PTSD. Then, the PTSD keeps the horrific memories of repression fresh in the very short spans of time where its explicit presence on the ground seems to have lightened.  If any chance of recovery arises, another bombardment waits to shoot it down, and take a generation of young Palestinians with it. Surviving children that we had drastically offered aid and treatment too after the 2012 bombardment, will most likely be severely re-traumatized with the current bombardment despite any progress made previously.

As such, in order to truly combat PTSD, we need a political decision from Israel to stop pursuing policies which guarantee this physical and mental hell for Palestinian children. Without this long-term solution, anything we do is just a band aid. An important band aid, of course, but in the end, just a temporary fix until Israeli inflicted trauma bites once more. The question begs, what is Israel trying to do?  What sort of security is it creating by continuouly ensnaring Palestinians with ongoing PTSD ?

What sort of neighbours does it expect them to be? 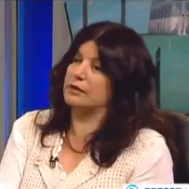