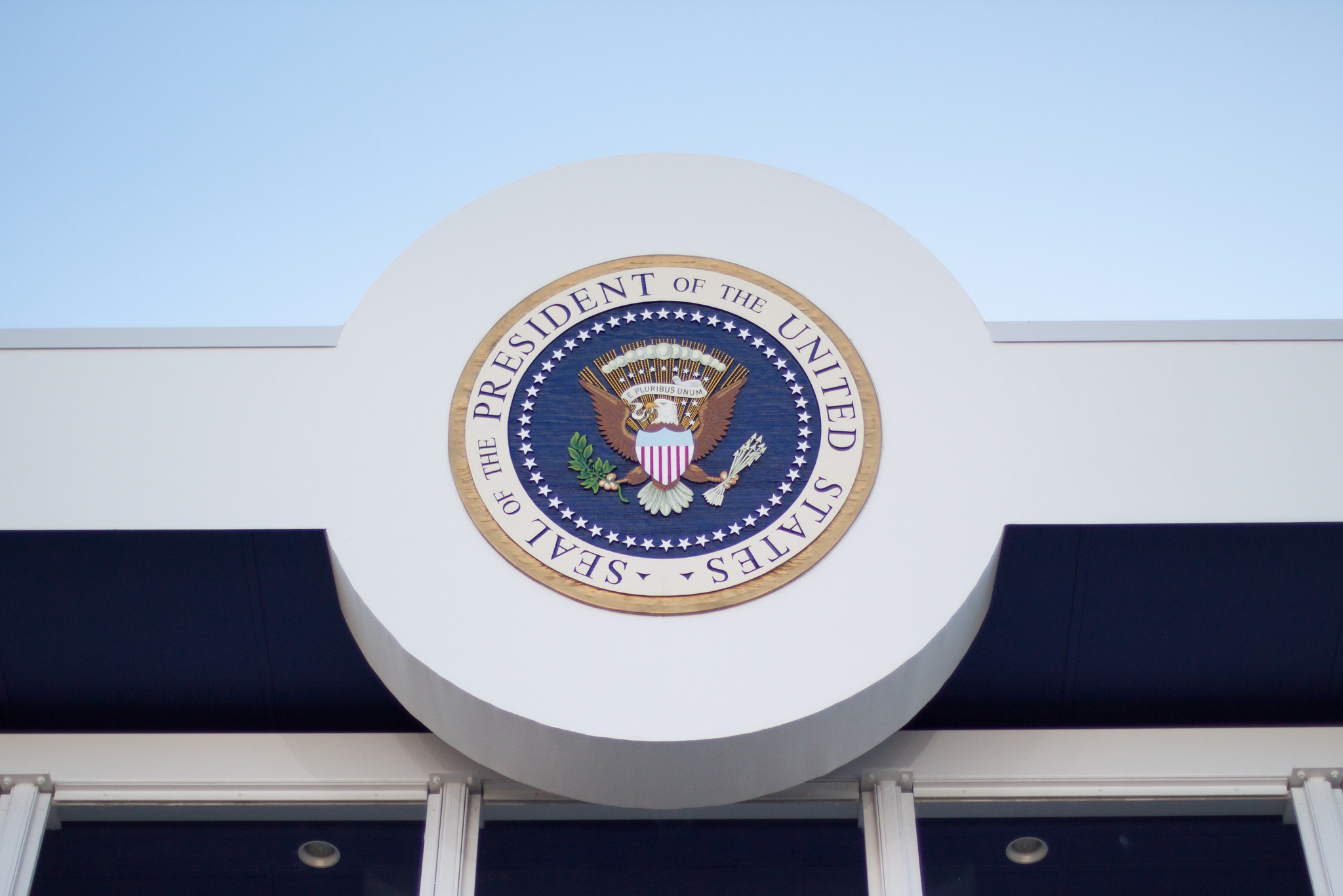 As Donald Trump is inaugurated the nation’s 45th president, American Muslims are understandably nervous about what a Trump administration could do to their community. From the beginning of his campaign, Trump has made anti-Muslim policies one of his signature issues. He repeatedly exclaimed his determination to bar all Muslims from entering the United States, to build a Muslim database and institute systematic surveillance of mosques. A prominent Trump supporter, although not expressly advocating internment camps for Muslims, cited the World War II era Japanese-American internment camps as a constitutional precedent for the lesser step of a Muslim immigration ban.

Despite the fact that many U.S. politicians, including Republicans, criticized Trump for his open advocacy of policies targeting Muslims, Trump never backed down. Whether he sincerely believes in the desirability, practicability or efficacy of these policies, Trump clearly understood that they were politically popular among his base. Polling data indicate that 58% of Trump supporters have an unfavorable view of Islam, compared with 24% of Hillary Clinton supporters. Of course, Trump’s stated views on Islam, shocking as they are, could be viewed as moderate relative to many of the truly extreme voices in the Republican Party, some of whom adopt rhetoric that borders on the advocacy of genocide, while others advocate the outright ban of Islam in the United States.

Muslims are understandably fearful of a repeat of the Japanese-American experience during World War II when the U.S. government issued a series of executive orders directed toward the Japanese-American population living in the United States at the time. One regulation imposed a night-time curfew on Japanese-Americans, requiring them to remain in their homes between the hours of 8 p.m. to 6 a.m., while the other ordered Japanese-Americans living in certain designated areas to leave their homes and businesses and report to designated internment camps. Both regulations were challenged, and the Supreme Court sustained the constitutionality of both regulations. In both cases, the Supreme Court upheld the principle that racial discrimination cannot be a valid basis for governmental action, even during wartime; however, it found that in both cases, the government had not been motivated by racial bigotry, but rather to prevent sabotage and espionage. In both cases, the Supreme Court upheld the racially discriminatory provisions on the grounds that, even though there was no doubt about the loyalty of the vast majority of the Japanese-American community, the military had reasonable grounds for believing that certain members of that community were, in fact, disloyal, and therefore represented a threat to the war effort and the national defense. Under the circumstances, there was no timely means available to the military that would allow it to distinguish between those Japanese-Americans who were loyal to the United States and those who were not, and accordingly, the curfew and internment orders were permissible exercises of power in the context of the war then being fought against Japan.

Both cases involved military orders issued pursuant to an executive order that was promulgated under power delegated by Congress to the president of the United States under a statute passed early in 1942 that gave the president the authority to define certain areas as military zones and exclude various categories of people from such zones. In a case decided during the Korean War, President Harry Truman ordered the secretary of commerce to seize and operate various steel mills across the country that were threatened by a labor unrest. President Truman believed that such a work outage during the war would cripple the production necessary for the war effort. Unlike the racially discriminatory cases that were decided during World War II, the Supreme Court struck down this exercise of presidential authority on the grounds that nothing in the federal labor legislation authorized the president to seize factories as a solution to labor unrest in the context of national emergencies. Indeed, there was evidence that Congress debated whether to give the president such a power, but they declined.

With respect to Trump’s threats to regulate Muslims, it is crucial that we recognize that the president’s powers to do so vary significantly depending on the sphere of the regulation. Accordingly, the president has substantially greater powers with respect to the regulation of immigration than he would with respect to Muslim citizens, or even Muslim immigrants already lawfully in the United States. The National Security Entry-Exit Registration System (NSEERS) instituted after 9/11 is an example of the expansive nature of power the president enjoys in controlling legal immigration into the United States. Accordingly, it is likely that if Trump were to introduce some kind of religious bar to Muslim immigrants to the U.S., or some kind of special screening procedure that applied exclusively to Muslim immigrants, such a regulation, according to many experts in constitutional law, would be found to be constitutional. On the other hand, because President Barack Obama canceled the NSEERS program, Trump would not be in a position simply to reactivate that program. He would instead have to craft a new proposal that would be subject to the formal rule-making procedure of federal administrative law that could, in theory, not only result in a substantial delay in promulgating any new rules regulating Muslim immigrants, but could also provide a substantial record that would be used as evidence that the motive behind Trump’s action is not “public necessity … [but religious] antagonism.” Because there is ample evidence of that bigotry, not only from Trump’s own comments, but also from his appointees and several leaders in the Republican Party, some lawyers have suggested that it would be possible to convince a court that any such measures, even in an immigration context, were motivated not by a genuine concern for national security, but out of religious animus and thus should be struck down.

I would not, however, be too optimistic that courts would have the courage to strike down immigration regulations targeting Muslims on the grounds that they are motivated by anti-Muslim animus. The simple fact is that courts have traditionally been extremely deferential to presidential exercises of power in the name of national security, and there is little reason, in my opinion at least, to believe that federal courts would be ready to stand up to Trump in this context. Even if some judges were, it would take time before such challenges reached the Supreme Court, and there is no assurance that a Supreme Court with at least one Trump nominee would stand in his way.

What would be more troublesome, however, would be a situation in which Congress expressly authorized the president to adopt measures singling out Muslims on the grounds that Islam represented a threat to public security. Given the rampant Islamophobia in the United States, and the relative political weakness of the Muslim community, it is not at all inconceivable that Trump could seek express authorization from Congress to monitor Muslims and regulate, even perhaps seize, Muslim institutions on the grounds that they represent a threat to public security. It is even conceivable that the Trump administration, armed with such an authorization, could take several steps that fall well short of ordering the internment of Muslims. Indeed, by focusing so much on the World War II-era precedents of Japanese Americans, we risk creating a climate in which less obviously extreme measures appear “reasonable.”

A lesson from across the pond

The U.K.’s Prevent program provides a much more realistic template for the kind of hyper-surveillance the Trump administration might bring to bear against U.S. Muslims. Similar to President Obama’s Countering Violent Extremism program, Prevent adopts, among other things, a strategy of attempting to interdict terrorist acts by identifying persons who are believed to have been “radicalized,” or at risk of being “radicalized,” before they commit a violent act. Such persons, once identified, are to be “re-educated” or if possible, detained pursuant to some other law, to prevent the possibility that they could become violent terrorists in the future. Prevent, however, has evolved into an Orwellian program of surveillance, with schools being enlisted to surveil Muslim children for signs of radicalization, something that has earned the U.K. a rebuke from the Council of Europe’s Commissioner for Human Rights.

Unsurprisingly, counterterrorism strategies in the U.K., under the auspices of the Prevent program, have devolved into what is best described as attempts to police thought, particularly of Muslims. Under this theory, terrorism is ideological and, therefore, to espouse a theory that could justify an act of violence is a strong indicator that the risk of actual violence is palpable from any person under the influence of such an ideology. Accordingly, even individuals who reject violence, but espouse a view deemed “extremist” by the government, becomes a target of government action, or at a minimum, a person with whom the government is not allowed to cooperate. Despite evidence that the Prevent program is deeply flawed — failing to prevent terrorism, violating the human rights of Muslims in the U.K., and even alienating them from their fellow citizens — the government has yet to reform it in any meaningful fashion.

In short, if the U.K. experience with Prevent teaches us anything, it is that democracies, once they come under the sway of an “us-versus-them” political discourse, can continue on that path for a very long time before correcting course. While I do not expect Trump to propose anything so radical as internment, I do expect him to pursue numerous policies designed to keep U.S. Muslims under constant surveillance with the result that Muslims are effectively excluded from any role in public life.

Even without any additional express authorization from Congress, however, President Trump already has substantial power to wreak havoc in the U.S. Muslim community simply by declaring the Muslim Brotherhood a “terrorist” organization. By doing so, he could then invoke various powers to seize assets of organizations, individuals or both on the grounds that they are “associated with” a foreign terrorist organization. It is crucial to understand that under these laws, neither the organization designated as a foreign terrorist organization nor those whose assets are seized on charges of being associated with it enjoy robust legal protections to challenge either finding.

While such a threat had been present since the adoption of post-9/11 executive orders permitting the seizure of assets belonging to individuals or organizations associated with designated terrorist organizations, both the Bush and the Obama administrations had resisted pressure from the right to designate the Muslim Brotherhood as a terrorist organization. It is extremely unlikely that the Trump administration will show such reticence, not only in light of Trump’s own campaign rhetoric, but also the personnel he has already named to his administration and their well-known animus toward Islam. Another reason why American Muslims are right to fear that the Trump administration will give free reign to the most extreme anti-Muslim bigots in the U.S. is that he has little reason to fear a backlash from important Muslim-majority allies, such as Egypt, the United Arab Emirates and Saudia Arabia, who have already designated the Muslim Brotherhood a terrorist organization as part of their authoritarian reaction against the Arab Spring.

It is hard to underestimate the threat that Trump poses to the U.S. Muslim community. We should not deceive ourselves into thinking that that the worst-case scenario will not materialize. As I have tried to point out in this article, there are many steps short of the “worst case” that would be catastrophic to the U.S. Muslim community. At the same time, however, we should not feel powerless. U.S. Muslims are in a much better position to defend themselves than they were in the wake of 9/11. The Trump administration will no doubt require our community to show immense courage and a willingness to sacrifice resources to defend the good of the community. I am certain, however, that if we face this challenge straight up, instead of engaging in either wishful thinking or surrendering to despair, that we will emerge a much stronger community in 2020 than we were in 2016. 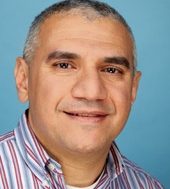