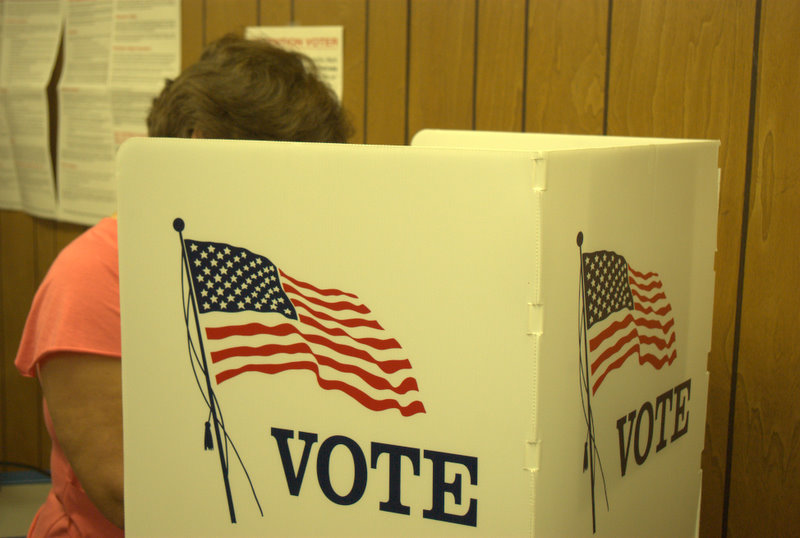 A United Vote Against Trump

Donald Trump is not finished. He’s down in the polls now, but we’ve seen this before and he comes right back. Many Muslims are conflicted as to how to react to his campaign, or whether to react at all.

I believe it is a religious, moral and civic obligation for Muslims to vote to stop Trump — because of the Electoral College system, that means supporting Hillary Clinton. This civic participation is a position supported by a broad consensus of American and overseas scholars, our Islamic legal tradition and the Quran and Sunnah.

Trump’s constant demonization of Muslims has created a ripple effect that reaches beyond politics: This isn’t just about politics anymore. This is about the safety of our families and communities. We simply cannot afford to stay silent (or vote for a third party) and risk a Trump presidency. Only a united vote for Hillary can keep Trump out.

Déjà vu is an unsettling prospect. In 2000, George W. Bush won Florida with only 537 votes — a victory effectively handed to him by Muslim voters. Many Florida Muslims did not vote and yet several others voted for Ralph Nader, the third-party candidate and the equivalent of today’s Jill Stein. 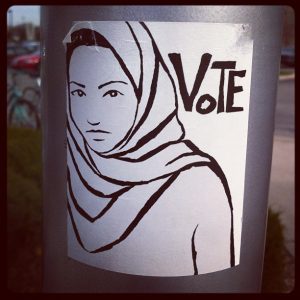 There is a broad consensus among Muslim scholars and leaders in the U.S. and across the world that it is, at the very least, recommended for Muslims to vote in elections. Usually, this has stopped short of actively campaigning for a preferred candidate. In the U.S., this is often because electoral rules around nonprofits (including mosques) preclude imams from endorsing candidates. In the case of overseas scholars, their knowledge of the different candidates in a particular U.S. election may be limited. I have neither of these constraints, which is why I am actively campaigning for Hillary this election. I see it as an obligation to vote for her to keep Trump out.

There is a long Islamic tradition of working within imperfect — or even completely unIslamic governments — for the greater good. In the Holy Quran, Allah tells us: “Yusuf said, ‘Set me over the store-houses of the land; I will indeed guard them with full knowledge (as a minister of agriculture in Egypt).’ … Thus, did We give full authority to Yusuf in the land.” Yusuf (Joseph) didn’t ask to be the caliph, he only asked to be minister of agriculture. This does not mean that he endorsed Aziz’s shirk (idolatry) or his foreign policy.

Even if you can’t wholeheartedly get behind a particular candidate this election, we should vote for the greater good. This is an established principle of Islamic jurisprudence. Shaykh Hamza Yusuf relied on this principle when he advised Muslims to “take the lesser of two evils when voting. It’s not black and white.” Dr. Jamal Badawi of the Islamic Society of North America has a similar position.

And Imam Omar Suleiman gave similar advice after the Assembly of Muslim Jurists of America as well as the Islamic Fiqh Council issued rulings in the same spirit: “It’s OK to endorse a candidate who has views that are different from your views if it’s for a greater good. Many of the scholars who used to be completely against it are now all for it — even if that means voting for a Republican against another Republican in the Republican primary because he’s not saying Islamophobic things.” Suleiman was speaking in 2012, but if we had applied his advice earlier in this election cycle, it’s possible the Muslim vote could have kept Trump off the ticket. Our apathy empowers Trump.

Shaykh Abdullah Bin Bayyah, a renowned scholar of all four schools of Sunni law, went further: “It is … a greater evil not to be participating at all and to simply be disengaged from the process. So, as Muslims, people should come together as one hand and create blocks where they can try to have some influence.” Even Shaykh Bin Bayyah, a Mauritanian scholar based in Jeddah, can see that it’s essential for U.S. Muslims to unite around a single candidate to create a Muslim lobby in Washington. We must apply his advice — and support Hillary.

Imam Suhaib Webb even drew upon the Sunnah (Prophetic example) to prove that Muslims must create political alliances when they are a minority community. He mentioned the authentic hadith (sayings of the Prophet) in Sahih Bukhari, where the Prophet actually gave money to the Quraysh for the release of Muslim prisoners, i.e., to protect the rights of Muslims. This was at a time when the Quraysh were actively killing Muslims and waging war on the Messenger. We should follow the Prophet Muhammad’s example and our support should be even stronger for a candidate who is not as bad as the Quraysh and will, unlike Trump, preserve some fundamental rights of Muslims.

The internationally renowned traditional Saudi scholar Shaykh Muhammad ibn Uthaymeen went as far as to say that participating in elections is obligatory. In this spirit, I see it as obligatory to support Hillary.

This does not mean that Hillary Clinton is an ideal Islamic leader. I am sure that many American Muslims will be voting, as suggested by the scholars above, purely in the interests of their community and country.

I was a big Bernie Sanders supporter, but I’ve had to accept that on November 9, he is not going to be president. It is either Trump or Hillary. And a vote for a third party, or no vote at all, is effectively a vote for Trump. Despite any reservations, I believe it is obligatory to vote for Hillary to protect our communities and our country.

The author is president of Bayan Claremont, a graduate school designed to educate Muslim scholars and religious leaders.