Where are the Muslims?

Syria burns while the international community continues its anemic efforts to stop Assad from massacring his own population.

The recent flurry of activity, involving Russia and the United States is unlikely to make much of an impact on the overall trajectory of the conflict. Prior to that the defeat of Cameron’s parliamentary motion sent a clear signal that the British political classes would not support an armed intervention in Syria.

The very idea of armed intervention led by the United States was enough to send the Left into shudders of anti-war delight – they used Obama’s “red-line” as a stick to beat him and the U.S. with. In the UK Caroline Lucas, the Green Party MP found it hard to keep the smiley faces and exclamation marks out of her twitter feed as Cameron was defeated.

Now I am as angry as anyone at what happened in Iraq. However the question that arises for me is – why is it that Obama is the only world leader to step forward and threaten Assad with consequences? Why is it that the Americans are the only nation to be taking seriously the pros and cons of an Assad intervention?

As I contemplate my fury at the last two decades of U.S. foreign policy, it is overwhelmed by one question. So where are the Muslims? Why is it that the Gulf States with their hundreds of billions in weapons purchases are not acting? Why is it that Turkey, so secular and civilized, is willing to tolerate the situation in Syria without threatening to cross the border and yes, take the bullet? Why? Is SCAF reserving its armor solely for use on the streets of Cairo, Alexandria, and Port Said? What are highly trained Pakistani air force pilots for? Standing by in case the Indians invade? Really?

Where in other words are the Muslims? My cold fury at the blunders of American foreign policy is dwarfed by my white-hot fury at the inaction of my fellow Muslims. What is it that prevents us from having the courage to act? Can we really complain about the Americans when we ourselves are not willing to put our substantial armed forces into the fray? What exactly are they for? What are we waiting for? An invitation? Written in gold ink? From whom? Do we not care if Damascus burns?

As I contemplate the situation in Syria, the question that comes to me again and again is, where are the Muslims? 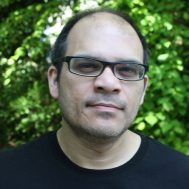