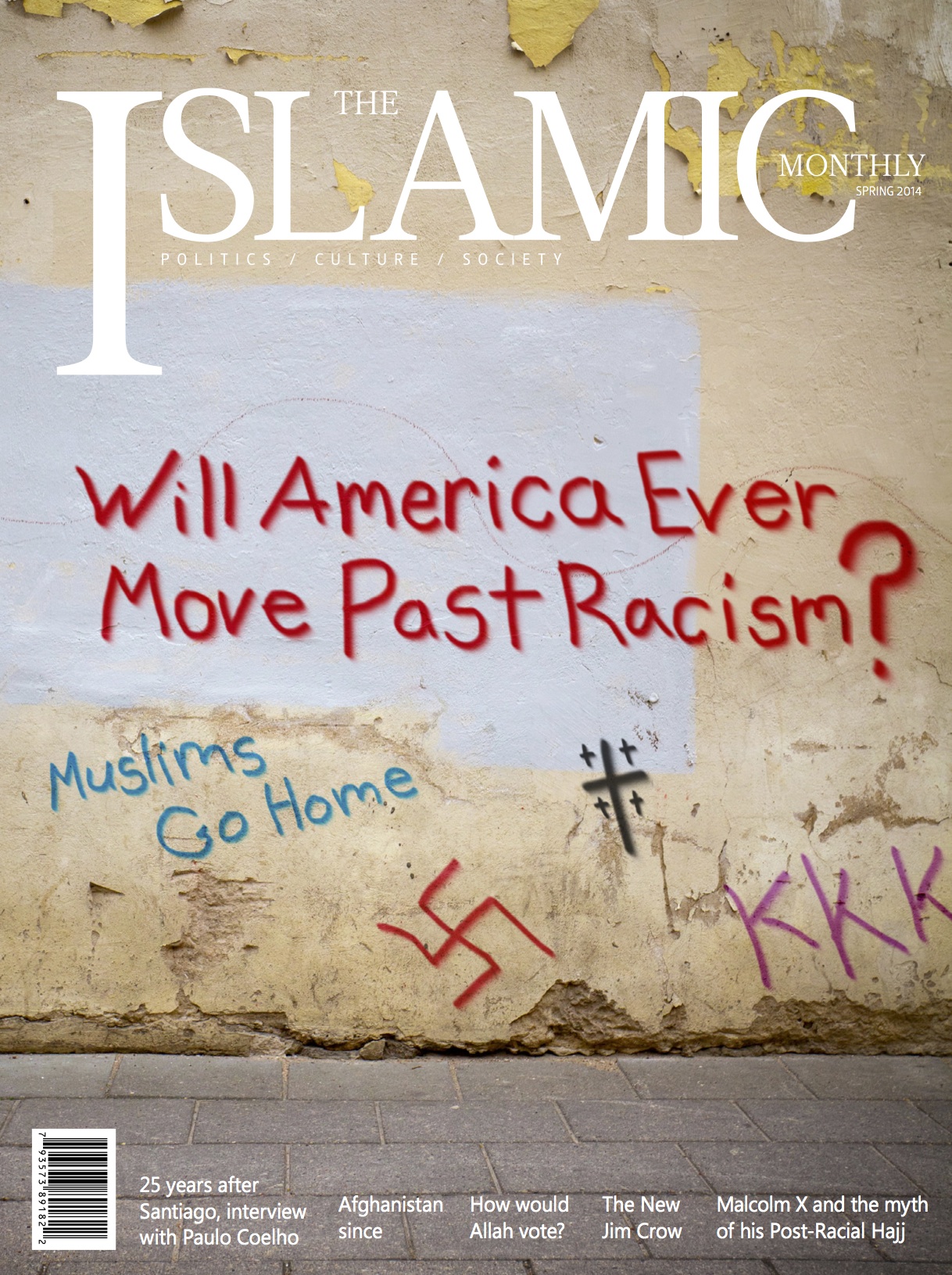 Will America Ever Move Past Racism?

For centuries, America’s egalitarian aspirations have been frustrated by the realities of racial inequality. The Founding Fathers, who so eloquently argued for equality and freedom, were slave owners themselves.  This and similar contradictions have played a crucial role in shaping the American present.

The history of Islamic civilizations is one of ebb and flow. Muslims have expanded, retreated and re-expanded across the continents of Europe, Africa and Asia. In every case, their departure left remnants of Islam’s history through institutional monuments such as the Alhambra in Spain, which far outlasted the Inquisition, and the tremendous mosques of Central Asia that withstood Mongol invasions.

The exception, however, is Islam in America. The violent nature of slavery forcibly beat Islam out of its adherents. Nowhere have millions of Muslims come to a region over multiple centuries and seemingly disappeared, leaving behind no apparent cultural legacy. Yet, in the absence of this cultural imprint, many American descendants of those Muslims ultimately re-acquired Islam. In a not-so-ironic twist of fate, the racial legacy of slavery — the spiritual genocide of African Muslim peoples — was also the groundwork for the largest modern mass conversion of people to Orthodox Islam.

Racism today is an inherent part of the American psyche. Whether in our attitudes or perceptions of “racial groups,” or within the architecture of our bureaucratic structures, the ideology of race remains an important component of American social life. As in the past, health, wealth and the experience of justice are all deeply implicated within the racial fabric of American society.  With a focus on the present, and an eye toward the oft-neglected intersection of Islam and race, our authors offer their analysis on the theme of this issue: Is a post-racist America possible? 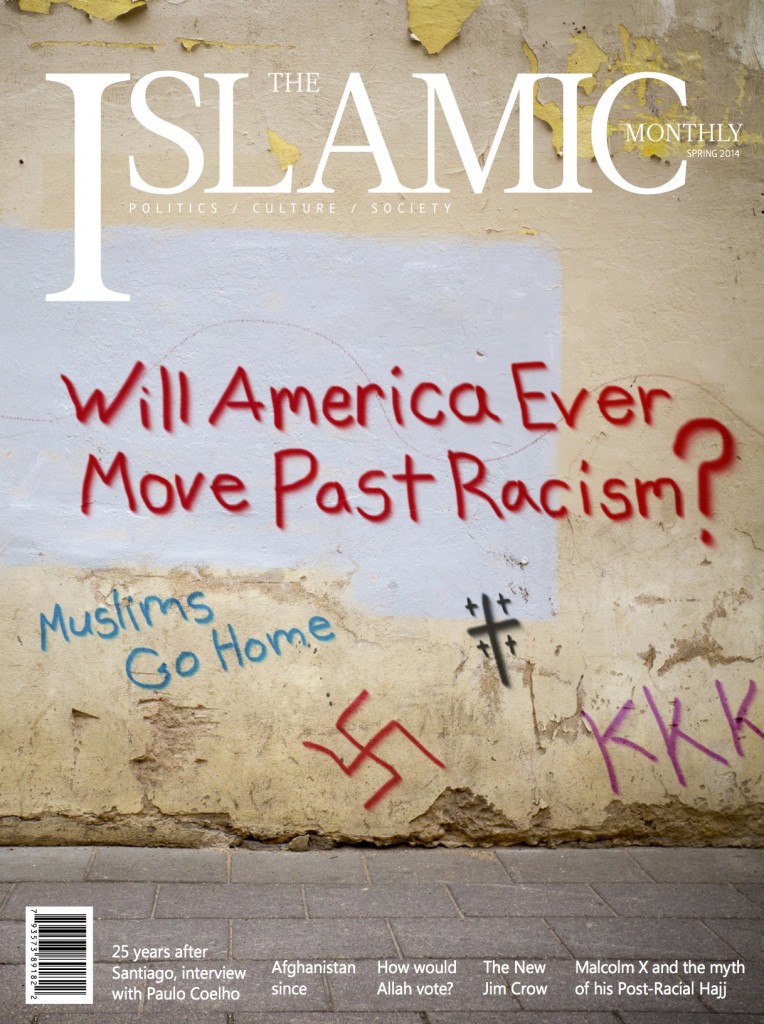 We begin with Kambiz GhaneaBasiri asking the question posed by many since the election of President Barack Obama: Can a post-racial America exist? He argues that though a black president in the White House speaks to the shifting role of race in society, we still have a long ways to go before pluralism can be embraced as part of our nation’s ethos.

We also include a piece by Su’ad Abdul Khabeer, who examines black stereotypes within the American-Muslim communities, specifically with respect to Muslim musicians and entertainers.

Junaid Rana offers an insightful critique of the connections between race and the nation state. Emphasizing the racialized dimensions of the Israeli occupation, Rana suggests that the struggle for decolonization continues and must see the modern state as one of its central purveyors.

Melanie E. L. Bush discusses the positioning of the white privilege and personal responsibility in the fight against racial inequality. And Louise Cainkar explores the history of Arab Americans in the U.S. and the challenges they faced as a marginalized community.

We feature an excerpt from Michelle Alexander’s The New Jim Crow: Mass Incarceration in the Age of Colorblindness, which is making waves challenging our current notions of race especially in academia and public policy. In her book, she examines the prevalence of racism against African Americans in the criminal justice system.

We look at Islamophobia in Canada with Davide Mastracci’s piece discussing the controversial Quebec Charter of Values, a bill that sought to limit the freedom of all religious minorities, particularly Muslims.

The issue also includes an interview with best-selling author Paulo Coelho, 25 years after the publication of his book The Alchemist.

We include a conversation about Malcolm X and the role of his transformative Hajj experience in shaping his humanistic vision for a post-racial society.

Finally, we republish two of our most trafficked online pieces and conclude with an imaginative essay for our Timovation challenge asking what a mosque will look like 50 years in the future.

Coincidentally, the publication of this issue marks the 50th anniversary of the signing of the Civil Rights Act of 1964 — a landmark legislation of its time allowing equal access to employment opportunity, voting rights, public accommodations and public education. This issue is a reflection of the diverse American voices on how far our nation has come in improving race relations as well as areas where progress is still needed.

Can America Ever Move Past Racism? by Kambiz GhaneaBassiri

A Post Racial/Post-Racist Nation? How do things change as they stay the same? by Melanie Bush

Mass Incarceration in the Age of Colorblindness by Michelle Alexander

Waiting for the War to End by Chris Sands

How would Allah Vote? by Haroon Ullah

Exterminate All Muslims! A Quebec Charter by Davide Mastracci

The Truth Behind Jordan’s Helping Hand: One Doctor’s Reflection in Syria by Aamir Siddiqui

The Challenge of Decolonization: Palestine, Blackness, and the Complexity of Racism by Junaid Rana

25 Years Since Santiago: An Interview with Paulo Coelho by Amina Chaudary

The Decline and Fall of Muslim; The Revenge of the Caliphate by Haroon Moghul

Twitter Conversations and the Potential of Change by Laila Alawa

Post-Racial America? Not Even Close by Arsalan Iftikhar

Immigrants and Iblis by Ali Eterazi