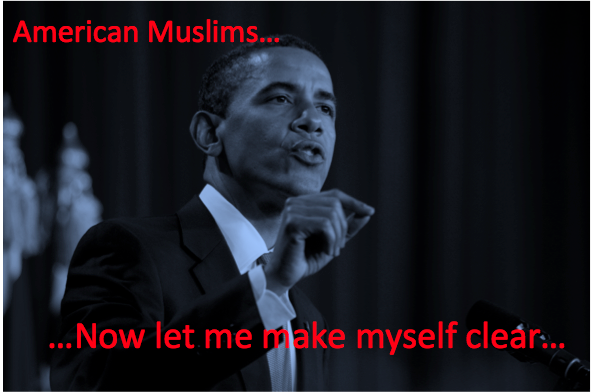 It’s Not You, American Muslims, It’s Me

He seems confused, indecisive, and uncertain.  And is that what he wants his legacy to be? 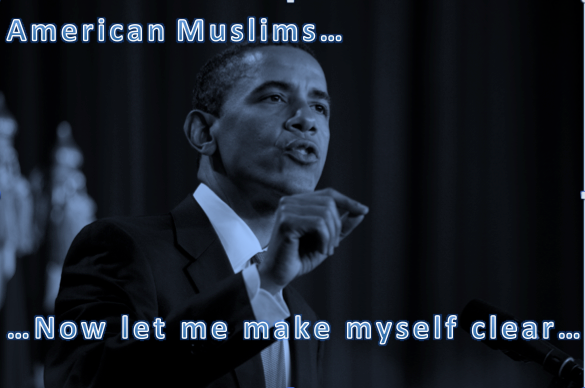 President Obama has one shot left at a foreign policy milestone.  Things haven’t otherwise been going his way.  Something beyond pretty speeches and decisions he cannot justly claim responsibility for, like withdrawing from Iraq. And that something is Iran. If Obama can get a deal, he’ll go down in the history books.  He’ll change America’s relationship to the Middle East.  He’ll open up a new market like few left in the world: Iran’s the only country in the region, after all, that can coordinate military campaigns in three neighboring countries.

You can be sure the cost alone is hurting Iran.  But the strategic dexterity that requires doesn’t go unnoticed.  Here’s a country of some 75 million who haven’t purchased Starbucks, need to buy new airplanes, and will want for American technology and gadgets.  And if you think that’s ridiculous, that there’s some permanent and unchangeable enmity between Islam and the West, well, imagine if someone told you fifty years ago that Mao’s China would be the darling of consumer capitalism.  You’d laugh in my face.  Or consider it a slap in the face.  Which–cue terrible segue–is what some American Muslims thought of last week’s Iftar.

Speaking before an audience of many American Muslim leaders, but also (and frequently going unnoticed), ambassadors from Muslim countries, Obama underlined Israel’s “right” to defend itself.  Now, I found the comment insensitive, and inappropriate.  But Obama doesn’t care if he offends American Muslims, for the same reason that he doesn’t need to step foot into a mosque: We’re not his primary audience.  We can’t hurt him or his party electorally (does anyone think we’d vote for Ted Cruz, Marco Rubio, or Jeb Bush, aside from the wunderkinds who brought us the 2000 bloc vote and eight years of George Bush?)  And we can’t help him financially or strategically.

Obama wants a deal with Iran.  He knows that the best way to extend America’s declining power is to partner with the most powerful government in any given geographic neighborhood, and in this case, that’s Iran.  In order to do that, however, Obama must have America’s allies–not really so much his allies anymore, considering the circumstance–on board, satisfied that they will not be abandoned.  This explains why Obama has so robustly backed Israel, even though it’s pretty obvious to anyone who is watching that his administration doesn’t particularly like Netanyahu, and blames him for the collapse in the peace process.  Israel is increasingly irrelevant to America’s posture in the Middle East.

And supporting Israel costs America precious moral capital.  But for fear of jeopardizing a deal with Iran, he will not criticize Israel over Gaza, not just because that reassures Israel, but because it reassures Israel’s major regional allies, Egypt, Jordan, and Saudi Arabia, who are perfectly content to watch Gaza suffer.  No, scratch that.  They want these 1.8 million Palestinians to be punished.  How dare they vote in democratic elections, and elect an Islamist, Brotherhood-influenced movement?  The Palestinians are a thorn in the side of Arab authoritarianism, an ongoing reminder of how little they have accomplished, of how weak and globally irrelevant they are, of how Persians and Turks have become the bigger champions of allegedly pan-Arab causes.

But Obama doesn’t care about that, either.

These “moderate” regimes expect America to robustly endorse Israel, otherwise they will become convinced of something they already suspect, or at least fear: that they are being abandoned. What American Muslims think is a distant second, or third, to Obama’s articulation of America’s national security interests and foreign policy priorities.  It’s a profoundly morally compromised calculation, but we shouldn’t imagine that, addressing a room full of ambassadors, Obama was talking primarily to American Muslims.  As American power declines, countries that had relied on America are left looking and feeling vulnerable, and countries that defined themselves in opposition sense the possibility of striking a more independent line, or simply reaching out to America, feeling themselves far less threatened.

This doesn’t do anything for the Palestinians, let alone Syrians and Iraqis suffering Iran’s brutal sectarian calculus–note, after all, that regimes Iran supports have killed far more Arab and Muslim civilians than Israel has.  But then again, America’s Middle Easte policy has never been particularly concerned with morality.