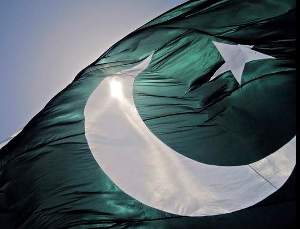 A Date with Pakistan

For nearly four years, I have been teaching all things Pakistan to American military analysts and operators. My classes consist of Pakistan’s geography, history, politics and governance, as well as culture—a catch-all term that includes an examination of Pakistan’s tribes, social customs and cultural influences from the region. Although, my all-time-favorite class to teach is Islam.

I have been traveling to Pakistan my entire life. Born in the cultural city of Lahore, I came to the American southwest as a child and was raised in the heart of Texas (that is, Austin). But Pakistan never escaped me. For over thirty years, I have been dating Pakistan. Each time, I visit a new city. I meet a new person. I try a new dish. And most of all, I make new friends. All in an effort to understand Pakistan beneath the layers of thugs, drugs, and terrorists. As I continue to date Pakistan, I recognize that it is a nation of never-ending possibilities.

This winter, I traveled from the ancient quarters of Lahore to the city associated with Bin Laden’s raid, Abbottabad. I visited people in government buildings, chai cafes and their private homes to listen to a labyrinth of complaints launched against the elite for political instability and economic woes. And I witnessed acts of violence committed in the name of Islam.

Before I left for Pakistan, I began to think of what I might see or not see. Dancing divas and demons in dark alleys (read addicts and criminals). A year ago, famed journalist in Karachi, Fatima Bhutto, suggested that Pakistan was on the verge of having a nervous breakdown. To many Americans, the title of Imtiaz Gul’s book, Pakistan: The Most Dangerous Country, and labels such as “friends without benefits” or “frienemies” contribute to a misread of a fledgling democratic state.

For decades, Pakistan has been the centerpiece of single sound bites and stereotypes, all of which lead to a misunderstanding of a country of almost 200 million people. The reality is more complex. Today, Pakistan is a teenage country, whose youth are determined and dedicated. They are ready to forge a stronger national identity, even when ethnic, tribal, and religious loyalties stand in the way. Gone are the days of military coups and democratic dons. Pakistanis are leading their country in a new direction.

To be fair, some things don’t change. Pakistan’s rocky relationship with the United States, and its neighbors, reveal an ugly truth: Islamabad is corrupt and coddles groups that make the West cringe. In a recent Foreign Policy article, former Pakistan Ambassador to the U.S. Hussain Haqqani suggested it’s time for a break-up. Some students at Quaid-e-Azam, named after Muhammad Ali Jinnah, the founding father of Pakistan, might agree. After a lecture I presented on the United States-Pakistan partnership, a clean-shaven young man in a leaf green cardigan said, “The United States makes big mistakes. Why is that so?” An old friend and senior advisor to the U.S. Ambassador Cameron Munter, Dilawar Khan may have the answer. An ethnic Pashtun from the tribal Mohmand Agency, Khan told me, “Both sides don’t meet often enough. The Americans have to be visible to Pakistan.”

A friendly-looking man of medium height, Khan wears a tan business suit and a white collared shirt. We drive to Khosar Market—a popular meeting place for English-speaking Pakistanis and Western diplomats. The tiny upscale plaza is outlined with modern-style cafes, including an outlandish Gloria Jeans Coffee where the price of a cappuccino is comparable to a drink at Starbucks, and the music shifts rapidly from Amr Diab to Beyonce. All of this seemed out-of-place for a country struggling to survive.

At the corner of the market is a sidewalk where Punjab Governor Salman Taseer was shot dead by his bodyguard in January 2011. That afternoon, the market was quiet, except for a couple dressed in ethnic clothes with babies in their arms as they crossed the street and a cluster of men smoked on a side street as they stared blankly at boys playing cricket in the park. After lunch, Khan escorted me inside the American Embassy, which sits at the end of a dusty road, guarded by a swath of men in sapphire blue. “Pakistanis want to engage you. They want to know who you are. But they are waiting for you to start the conversation,” I said to a room of wide-eyed diplomats and military men.

For years, the U.S. military has tried to adopt the concept of “culturally enriched intelligence” to help deployed servicemen and women appreciate foreign customs and practices. But accepting a foreign place or people can be uncomfortable. Former Commander of the United States Central Command, retired General Anthony Zinni, acknowledged the challenge when he said, “We never do a good job of cultural intelligence…of understanding what makes people tick, what their structure is, where authority lies. Cultural bias limits our ability to understand what is going on around us.”

With more than a decade dedicated to the Afghanistan and Pakistan region, I have to believe that U.S. military strategists and planners are devoted to rebuilding broken relationships. A U.S. Marine officer, Major Daniel Connor, is a prime example. “I will meet anyone and everyone,” Connor said, “I invite Pakistani officers to my house for tea. We have so much to talk about.” During my tour, I would meet several Pakistanis committed to a change in their relationship with the U.S. In a smoke-filled room with heavy-milk-sugar-chai, Pakistani Brigadier General Azam Effendi said to me, “We need to understand each other. It is the only way out of this mess in Afghanistan.”

As an instructor and Pakistani watcher, I discover (all over again) that the Western media is right. Pakistan is a country of contradictions– a teaching point I make at the start of each class. Some Pakistanis remain fiercely loyal to their traditions while others are making room for modern lifestyles and trends, including designer alligator bags and hippie-chic prints. Those with access (i.e., wealth and a passport) can afford to be bold and brazen. They host over-the-top weddings and house parties, even in a crime-ridden-gang-infested city like Karachi. However, this is a minority group. Only the top two percent live like the Raj, and might appear in Hello, a new glossy magazine that features Pakistan’s rich and famous, much like People magazine.

Sadly, most of Pakistan is a patchwork of ethnic and religious identities that don’t blend well together. A tug-of-war for religious supremacy continues to silence (and kill) anyone who opposes—or appears to hold a different opinion—about Islam. Which Islam? Whose interpretation of religion is accepted? Religion is a touchy subject. For most Americans, it is a private affair. It is understood that faith is personal. But in Pakistan and most other Muslim countries, Islam is often defined by the religious ruling elite. That leaves little room for other scholarly opinions and views. And no tolerance for atheists or agnostics.

This time, I met a man (I will call him “Asif”) who had renounced his religion, albeit privately. Born and raised in the tribal belt, Asif is tall, muscular but lean and has jet-black hair. He prefers neatly pressed collared shirts with jeans and prides his literary collection, which includes Forty Rules of Love by Elif Shafak, an award-winning Turkish female writer whose book is laced with verses from the Afghan-born Sufi poet, Jallaludin Rumi. In a somber voice, Asif explains his ideological shift and why he stopped being a Muslim, “Where is God when people have no gas, water or power? Where is God when people are dying for being born into the wrong faith?” That has nothing to do with the practice of Islam or the teachings of Prophet Muhammad. Islam is peace and mercy, I taught my students. And Jinnah believed in religious freedom, as did the American founding fathers.

Like many Pakistanis today, Asif blamed the Muslim conservative-borderline-pompous-elite for failing to protect the minorities of Pakistan, which included Christians and Hindus—they are referred to as ‘untouchables’ or ‘unclean.’ Even Shias, a minority sect in Islam who comprised nearly twenty percent of Pakistan’s Muslims, are brutally killed by Sunni groups. A Shia living in Barakot—a township outside of Islamabad—said with eyes lowered, “On the bus to Quetta (the capital city of Baluchistan), we are forced to show our identity cards which lists our religious sect. Because we are Shias, we are taken off the bus and killed.”

Asif knew I would keep his secret. We both knew the law—to denounce Islam publicly is a crime and cause for death in Pakistan. An outdated rule set in motion by the British in the 1800s, Pakistan’s blasphemy law punishes anyone who criticizes the Prophet of Islam, destroys the Quran, or denounces Muslims and Islam in general. Pakistan’s English Daily, Dawn, suggested that nearly 1300 people had been charged under the blasphemy law between 1986 and 2010. I suspected that Asif would fall victim to the law, if anyone knew he opposed Islam.

In Pakistan, anything can happen. That was made clear to me in the first week of my visit, when Bashir Bilour, a senior political leader of the Awami National Party who openly opposed militants, was assassinated by the Taliban. Days later, four female polio workers were shot dead—a Pakistani newspaper declared their deaths a major blow to Pakistan’s anti-polio drive as centers across the country shut down and an estimated 3.5 million children would not receive the vaccine. In the financial district, police officers were killed in Karachi, a city where bloodletting and violence is no longer surprising. And in my birth city of Lahore, I watched a reputable married businessman declare his love for a high-end call-girl, whose pulled-back hair and a full-sleeved chiffon peach dress nearly made me believe she was a rising fashion designer.

What happens next in Pakistan is open to interpretation. As election fever consumes the country, Pakistanis are waiting for a new leader. They want someone credible who is capable of reshaping the nation. A countless number of campaign posters, slogans, and other political paraphernalia plastered on rickshaws, passenger buses, and buildings are a stark reminder that change is coming to Pakistan. But the colorful campaign landscape is a distraction from what awaits a newly-elected President and Parliament.