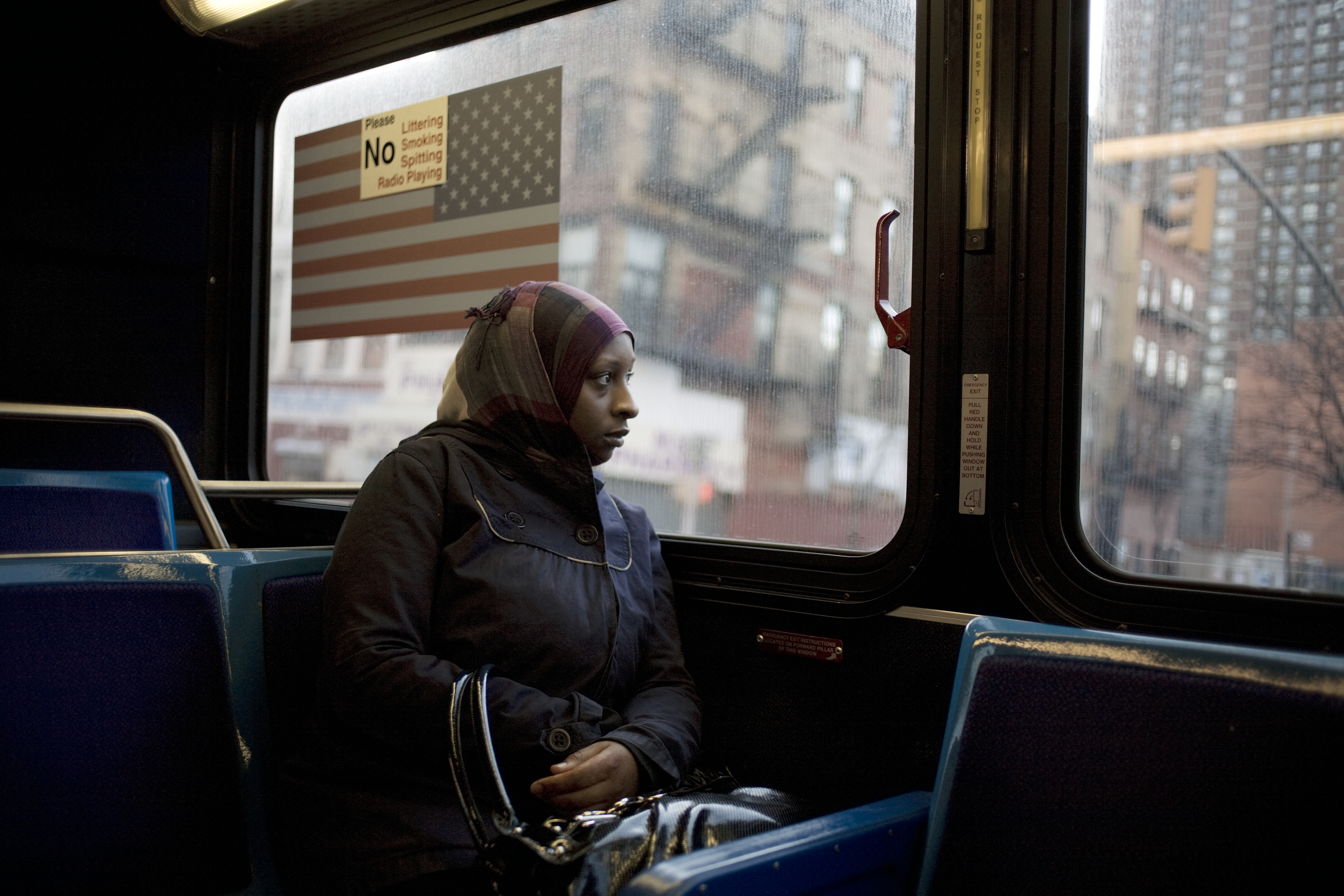 America ReFramed’s American Muslim-themed documentaries showcase the multifaceted challenges and frustrations that many American Muslims tackle on a day-to-day basis: such as constantly dealing with stereotypical images of Muslims in the media, systemic profiling by state and federal law enforcement, and challenging other Muslims on how Islam should be preached and taught. 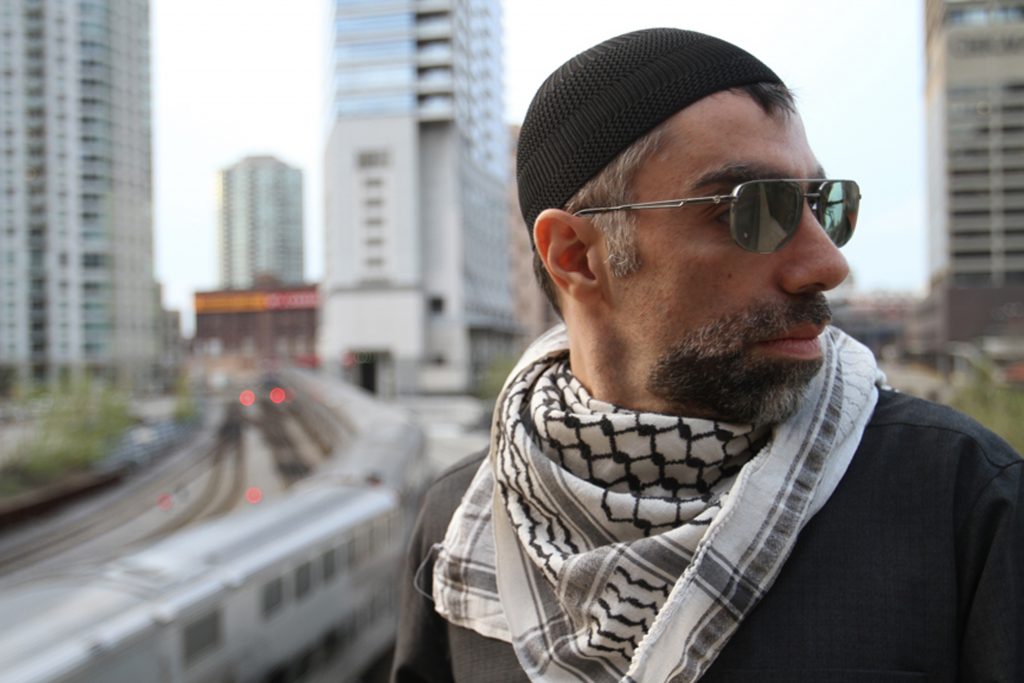 In American Arab (2013), Usama Alshaibi is both protagonist and filmmaker. He walks us through his experiences growing up between the United States and various countries in the Middle East (including Saudi Arabia and Iraq, where his father hails from), and finally settling back in the United States. He shares his own coming-of-age difficulties as an Arab-American in a post-9/11 world, as well as those of several other Arab-Americans.

To explore this diversity, Alshaibi profiles a range of personalities in his film, each of whom carve out spaces for Arab and American Muslims in their own right. Alshaibi talks to Amal Abusumayah, a Muslim woman whose hijab was pulled by another woman while grocery shopping in 2009. Her case received widespread media attention and her harasser was later convicted of a hate crime. Here we witness a Muslim woman exercise agency to assert her belonging. Another person we meet in the film is Marwan Kamel, a Syrian-American who founded a band called Al Thawra. Through his punk-rock performances and writing, he expresses his complicated identity and challenges mainstream Arab and Muslim “Americanness.”

A lot of what Alshaibi said in the film resonated with me as an Arab-American. He spoke about watching movies as a child that grossly misrepresented Arabs as mindless and sex-starved, and seeing violent Arabs come at Michael J. Fox’s character in the film Back to the Future. Many times, I was fed the same narratives as a student. In my Advanced Placement World History class, we were shown the film Not Without My Daughter, which was full of bigoted depictions of Muslims and Iranians in post-revolution Iran. It was cringe-worthy to sit through and to this day, the movie continues to remind me of how others may perceive me as an American Muslim: a threat.

At the same time, there was a lot I couldn’t relate to in Alshaibi’s film, and that’s exactly the point. In a recent interview with Radio Islam, Alshaibi said each Arab-American experience is unique; there is no “one way” to be an Arab-American. The stories he explores through his work are proof of this. 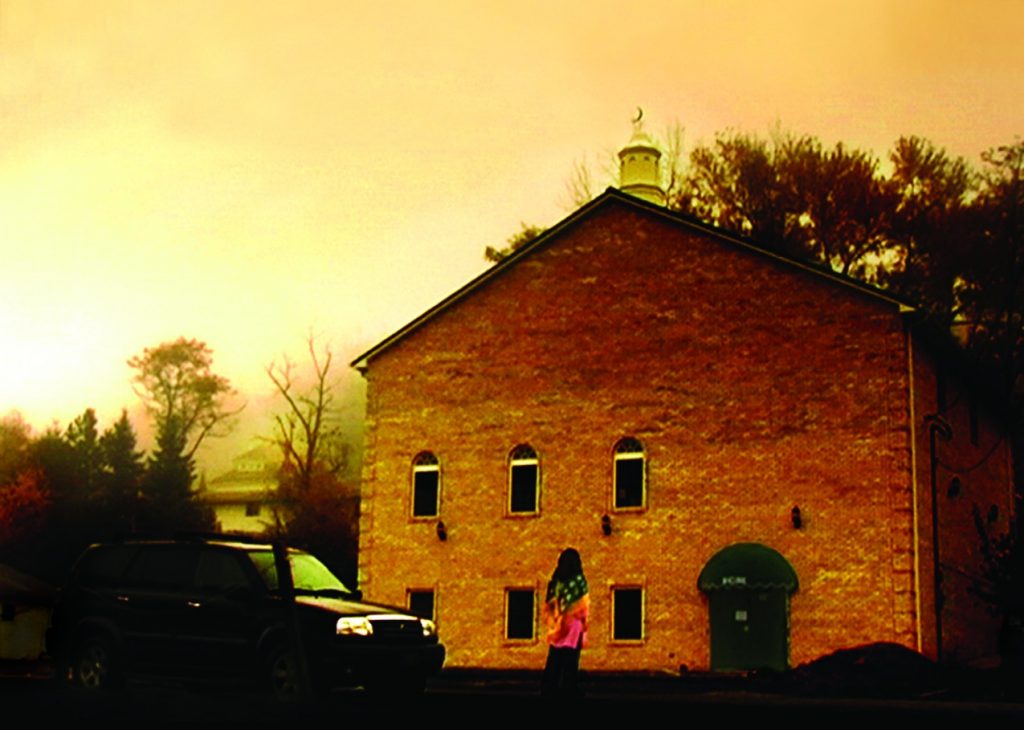 Still from “Mosque in Morgantown”

Brittany Huckabee’s film, The Mosque In Morgantown (2009), is a microcosmic look at the growing pains of a mosque in Morgantown, West Virginia. A small group of conservative men monopolize the leadership of the mosque, and feminist and activist Asra Nomani and others seek to make the mosque more accessible to women and families. They challenge the leadership by taking a critical look at the way faith is preached and taught there.

Since this documentary was filmed, from 2003 to 2005, Nomani has increasingly alienated herself from other American Muslim activists — from her statements supporting the surveillance of American Muslim communities and her defense of some of the Islamophobic rhetoric in this presidential election.

That aside, her fight to make mosques more inclusive of women, to foster an environment that espouses gender equality, and offer a space open to differing theological interpretations and schools of thought, is something recurring in many ways in mosques, Muslim student groups and Muslim grassroots organizations throughout the country.

We see this in the Side Entrance blog on Tumblr, in which Muslim women document the accessibility of mosques to women worldwide. Initiatives such as the Women’s Mosque of America, which began a little over a year ago, is the first gathering space in the United States exclusively for women, has women preachers, and accommodates Muslim women of all sects and schools of thought. This desire to claim one’s own narrative of Islam and way of practicing it is reflected in The Mosque In Morgantown; it highlights one aspect of the gender struggle in Muslim communities throughout the country. 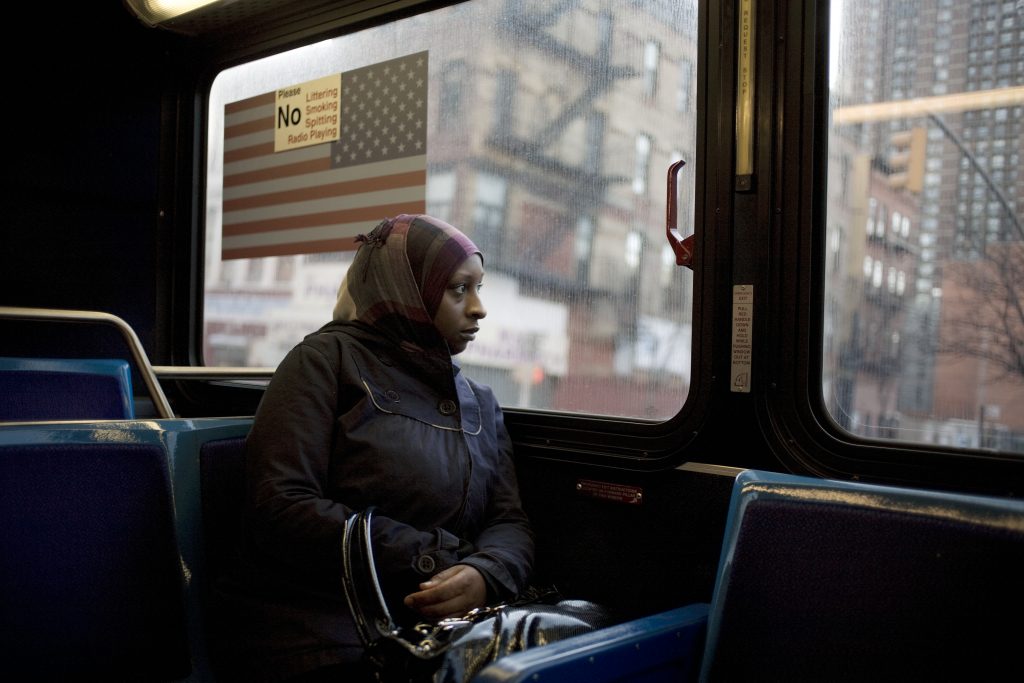 Third is Adama (2011), a very different film from the previous two. David Felix Sutcliffe’s work covers arguably what is the most pressing contemporary issue among American Muslims, Arabs, Sikhs, South Asians, or any other group perceived to be “Muslim-looking.” We follow Adama Bah, a 16-year-old girl who came from Guinea, West Africa, when she was 2. Adama is the youngest known American Muslim detained in a domestic terrorism investigation.

In 2005, Adama, living with her family in East Harlem, was arrested by the FBI and accused of being a “potential” suicide bomber. She was held without evidence for nearly two months in a maximum-security detention center before public pressure prompted the government to release her. No terrorist charges were ever filed. For the next three years, Adama was ordered to wear an ankle bracelet and live under partial house arrest as she underwent an excruciating immigration battle to remain in the country. Shortly after her release, her father was deported to Guinea because of his undocumented status. As the eldest child, she dropped out of high school to support her four younger siblings.

Surveillance by law enforcement in Muslim communities across the country remains one of the most significant issues facing American Muslims today. In 2011, the Associated Press broke the story that the New York Police Department planted informants in mosques, Muslim campus groups and Muslim-owned businesses throughout New York City. While the unit responsible for surveillance has since been disbanded, there are repeated claims that the monitoring continues, especially after two women from Queens were arrested last spring on similar charges to Adama. The charges were based on information conveyed by an FBI informant who previously frequented the Muslim Student Association of Brooklyn College.

The film exposes how essential it is that we see what life is like for those trapped under unfounded terrorist accusations. There are many like Adama who have endured similar charges, or experienced profiling because of their Islamic faith or Muslim appearance.

You can watch American Arab, The Mosque In Morgantown and Adama online at www.americareframed.com. 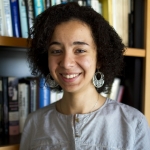 Mariam Elba is a native New Yorker with roots in Egypt.