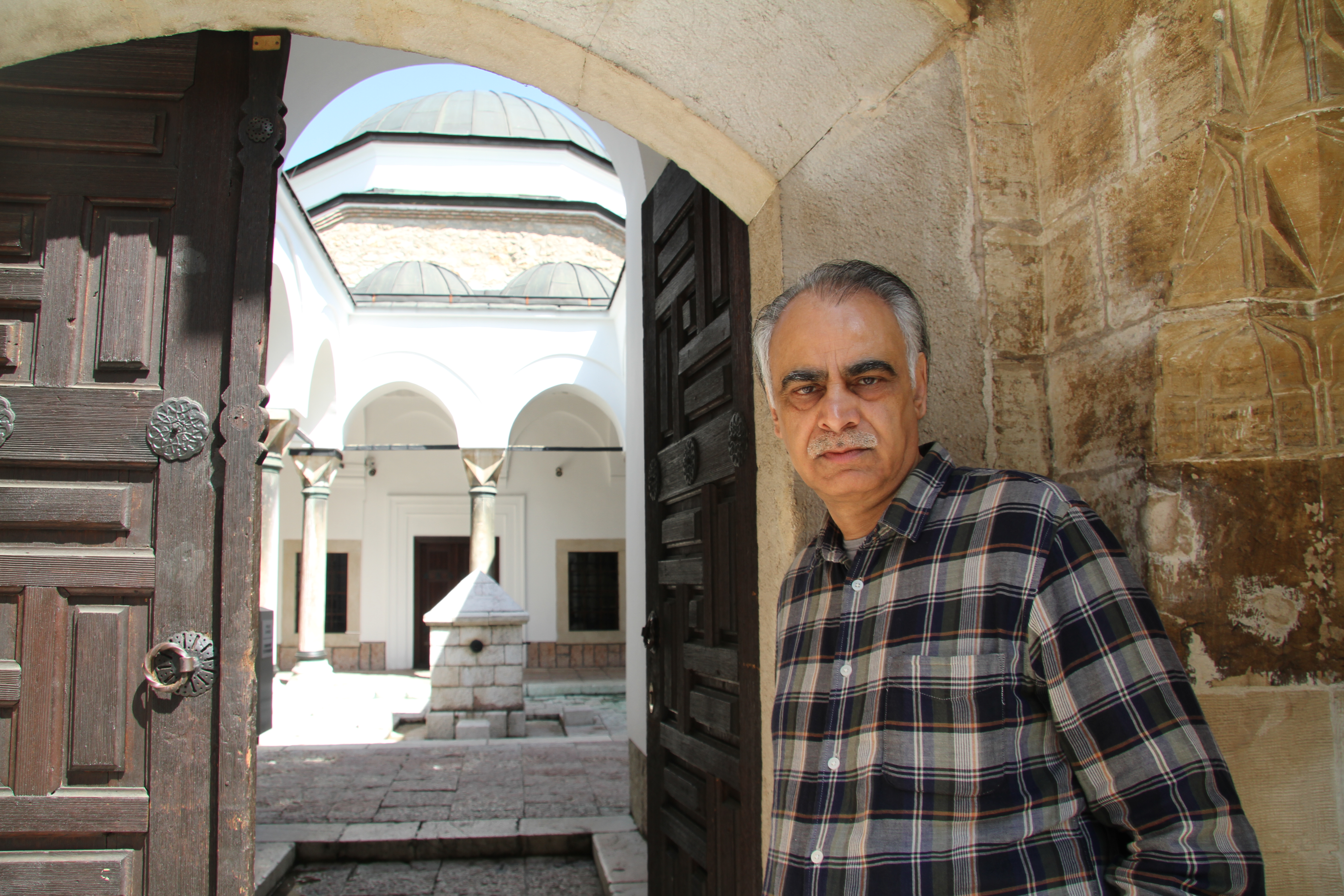 We Haven’t Learned to Live With Diversity

An Interview With Ziauddin Sardar

“We have not learned to live with diversity,” says Ziauddin Sardar, one of Britain’s most prominent liberal Muslims, a scholar, a critic and author of numerous books such as Mecca: The Sacred City and Islamic Futures: The Shape of Ideas to Come.

Political theorist Isaiah Berlin, in one of his interviews, said he was sure about one thing: People will rebel, sooner or later, against uniformity and the imposition of global solutions. Right now, Western intellectuals and right- and left-sided politicians impose many “possible” global “solutions” for Muslim societies and groups. Can we therefore expect more Muslim “rebels” in the future?

SARDAR: We are already seeing a rebellion in Europe itself — in Greece, Spain and, to some extent, in Italy. And of course in many Muslim countries. The problem is we have not learned to live with diversity. Western civilization assumes that there is only one way — its way — that is the best and this way must be imposed on everyone else. So the entire globe is being forced to adopt a free market economy that has caused so much suffering, increased inequality and accumulated wealth in the hands of the top 1% of the world’s population. It is not just that the system is unjust, but injustice is the system. However, the system cannot sustain itself. Many voices are now being raised in the West as well as the East against naked capitalism. We need a new paradigm to move forward with our humanity and sanity intact. And, I think Muslims can contribute to the development of new paradigms if, and only if, they learn to be open-minded, critical and creative.

During the past few centuries and decades, Muslims regarded colonists, Russia, the U.S. and some other powers as the invaders and main threat to their stability. But now, as we can see, the real problems come from the inside. The “Mongols” are inside the Muslim countries. We have complete chaos in the Middle East and a very unstable situation in Africa’s Muslim-majority countries. Does the idea of Ummah, a united Islamic civilization, instead of a set of fragmented state nations, look much further away today? What are the main problems and challenges we have ignored or swept under the carpet?

SARDAR: It has to be said that the Ummah has never been united in history.  Dissension appeared only 20, 30  years after the death of the Prophet. Muslims regard the early phase of Islam — the rule of the “Rightly Guided” caliphs, in idealized terms — as the best human endeavor can achieve. But this was also a period of dissent, wars and rebellions. Three of the four Rightly Guided Caliphs were murdered. The family of the Prophet’s household went to war with each other: his cousin and son-in-law, Ali, and his youngest wife, Aisha, fought the Battle of Camels. Then we had the puritan Kharijites, who believed that history had come to an end after the revelation to the Last Prophet. They were implicated in the murder of Ali, were prone to extremist proclamations, denouncing Ali as well as Othman, the third Caliph, and pronounced everyone who did not agree with their point of view as infidel and outside the law who could be killed. So dissension and extremism were there — right at the inception of Islam. Islamic history is replete with the sectarian violence of the worst kind: from the homicidal tendencies of the Kharijites, the battle of Karbala, the Shia-Sunni conflict, to the cruel clampdown of the Ashari theologians by one Abbasid Caliph to the equally ruthless suppression of their philosophical and theological opponents, the Mutazalites by another Abbasid Caliph. So our first problem is the idealization of our formative history. We need to learn to look at our history critically and see it as it really was.

The other problem is that we have not come to term with difference. We seem incapable of understanding that an eternal sacred text can be interpreted in a number of ways. Every sect thinks that their interpretation is the absolute truth — the only understanding of Islam that is possible. This is rather similar to the West thinking its way is the only way and the best way. It is also, of course, monumentally arrogant and it leads to extremism. Some of us believe that they have the whole truth, but they also believe that they actually own the truth and have the right to impose that truth on everyone. This is a prescription for totalitarianism — the kind we see in ISIS (the so-called Islamic State), Boko Haram and the Taliban.

How we lift the Muslim consciousness from the sectarian mire is a profound question that requires urgent analysis. What does the upsurge of ubiquitous virulent sectarian divides across the Muslim world tell us about the nature of Muslim belief and how this is crafted and grafted as the keystone of identity? Is the irreducible truth of Muslim existence doomed to be the fragmentation of sects, which encode and define the life of tribes, ethnicities, nationalities, languages, colors and classes? Or is there still the possibility that Islam can be recovered as the idea that transcends such human divisions — as the concept of unity in diversity suggests? Is it the nature of Muslim identity or something more complex in contemporary circumstances that has brought conflict instead of willingness to live and let live to the fore across the Muslim world? These are questions we have swept under the carpet.

An accompanying challenge is presented by the sharia. Can we continue to defend the indefensible consequences of a law framed a thousand years ago for another time and place that is totally out of sync with modern sensibilities? We need to bring these questions out of the closet and address them directly and properly. I think reformulation of the sharia is one of the most pressing problems that Muslims face. We need a sharia based on the maqasid — the multi-faceted purpose, intent and higher objectives of Islam — that addresses modern problems in a modern language with an evolved ethics and morality. 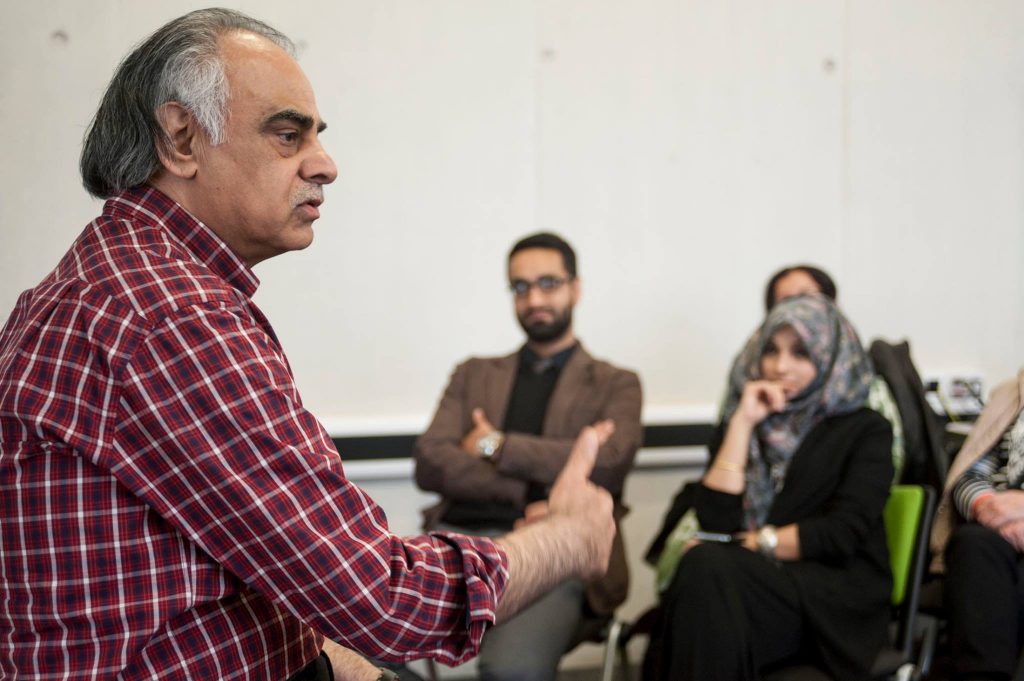 Considering this situation — the instability in Muslim countries and the impact of different ideologies on Muslim scholars and Islamic universities — is it possible to have the real reformist ideas and the great global reform of the Islamic thought from Muslim scholars in the West? Honestly, I am afraid that the real Islamic knowledge has been expelled from the East and that real reform, a self-critique and critical thought is more imaginable and likely achievable in Bosnia, for example, than in Egypt or other Muslim-majority countries.

SARDAR: Islam does not have a rosy future without some serious reforms. And reform is not possible without respect for difference, open debate and criticism — something the Muslims are not known for. Muslims could shape viable and thriving futures for themselves if they pay heed to Islam’s emphasis on equality, plurality, human brotherhood and critical questioning. We need new understanding of what it means to be a Muslim in the 21st century, new ideas suited to our time. Ideas change behavior, give birth to institutions, change the reality on the ground and establish civilization. Fortunately, many young Muslim scholars are beginning to raise such questions — questions swept under the carpet — and starting to rethink what we have taken for granted as convention and tradition, and are trying to reimagine a way forward. The new ideas and thought has not reached a critical mass yet. But I am cautiously optimistic about the future.

What is the first or the most important thing you teach your students about Islam?

SARDAR: Embrace diversity and plurality and look towards the future.

Talking about lifestyles in the Western countries such as consumerism, lack of true virtues and values, sociologist Jean Baudrillard said in New Perspectives Quarterly that “[c]ulturally and philosophically exhausted, we remain unable to transform our past into living values for the present.” How could we introduce Islam to the West as the inexhaustible source of ethics and necessary values compatible with modern ways of life?

SARDAR: Baudrillard and a host of other thinkers are right. The West seems to be exhausted. But Islam, in its current form, does not offer much either. Both Islam and the West have to relearn the values of humility, modesty, accountability, responsibility, diversity and dialogue, which are essential requirement both for adjusting to a global world and for shaping an ecologically sound, equitable and just future for the planet and its inhabitants. Islam and the West need each other — they have to come together and employ the best that their tradition, history and societies have to offer to negotiate our turbulent times. We need to realize that both in Islam and the West, there are other ways of thinking, more principles for defining inquiry, shaping theory and informing understanding, than we have ever imagined. To get beyond the current impasse, we need new questions and new insights before we can hope to have new, better answers. 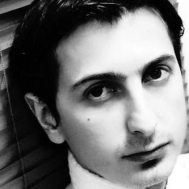 The author is a senior editor at Preporod magazine in Sarajevo.