In the wake of the Paris attacks on November 13, and in the wake of previous (and future?) attacks in the West, “Is Islam violent?” is being posed less and less as a genuine question, and more and more as a rhetorical one, which already assumes the answer: Islam is inherently violent. 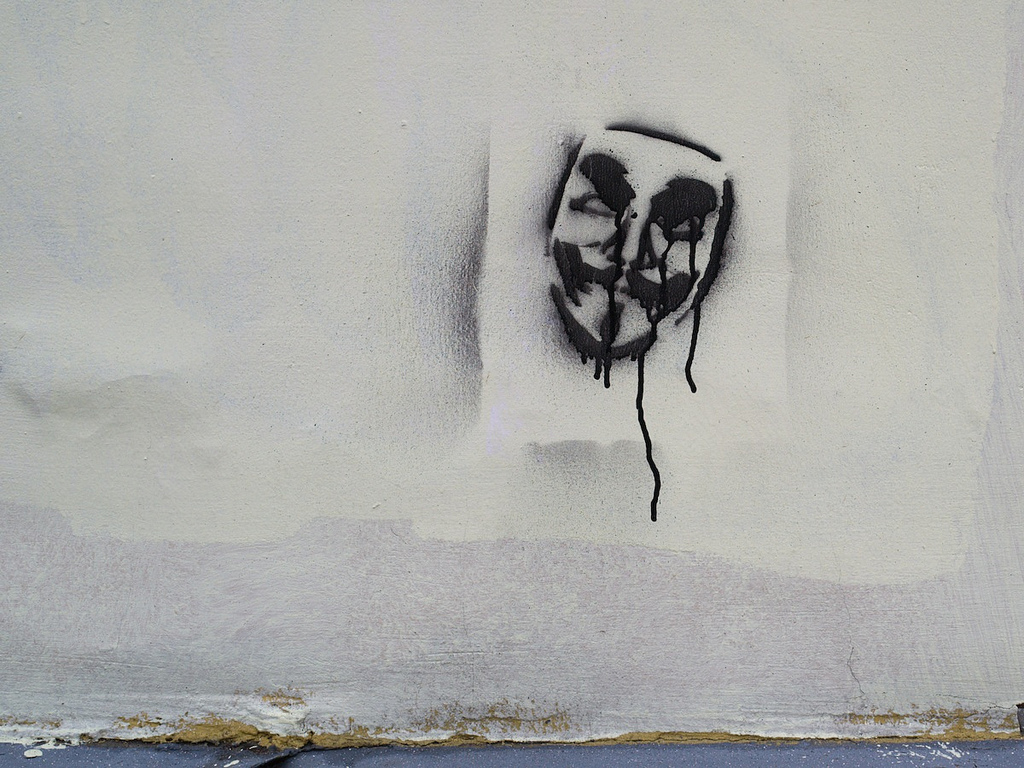 The assumption is, of course, that the Other of Islam, “we,” “the West,” and its guiding doctrine of secularism, is/are inherently non-violent. It is telling that comparable questions — “Is secularism violent?” “Is democracy violent?” “Is atheism violent?” (all three of which are constituent elements of the Western imaginary) — cannot be even imagined. Philosopher Susanne Langer (1895-1985) argues that every age is defined by the questions it asks, because each age is defined by certain parameters of thought that permit only certain kinds of questions.

Part of the myth of religious violence (as William Cavanaugh calls it in his book The Myth of Religious Violence), assumes that religions — especially Islam — are inherently violent.

And yet, to say that religions — or Islam — exist(s) is the same as saying that physics exists, that chemistry exists, that biology exists. They are no more than discursive practices and formations — regimes — of knowledge that constitute individuals, people, organizations and how they interact with one another.

There is an extensive body of literature describing the invention of world religions by colonial projects. At the same time that colonialism arrived in the colonies, it set out to know the people, their “religions,” their “cultures” — thereby actually creating these knowledges. And we know from the French philosopher Michel Foucault that knowledge and power are inseparable, each constituting the other. Thus, where knowledge and categories didn’t exist, Orientalists created them. In British India, for example, Hinduism was invented by Orientalism, and “Islam” was significantly constituted and re-configured by Orientalists as well.

The history of “the West’s” engagement with and constitution of Islam and Muslims is a long one, and has also been extensively documented. What has been less well documented is how Muslims and Islam are constituted in contemporary times by Western power structures and discursive regimes. Islam historically, until today, served as a vitally important foil — the Other — against which the West measured itself. “We are everything they are not.”

What do I mean? I’m thinking of, for example, the War on, or of, Terror (I say the War on, or of, Terror precisely because it is experienced as a War of Terror by many thousands of people — Muslims — around the world. When Afghan carpet weavers are incorporating motifs of drones into their rugs, there is something terribly amiss.) The Middle East Eye reported that, in March, “the Washington DC-based Physicians for Social Responsibility … released a landmark study concluding that the death toll from 10 years of the ‘War on Terror’ since the 9/11 attacks is at least 1.3 million, and could be as high as 2 million. The 97-page report by the Nobel Peace Prize-winning doctors’ group is the first to tally up the total number of civilian casualties from US-led counter-terrorism interventions in Iraq, Afghanistan and Pakistan.” Of course, this report didn’t even get a passing mention in mainstream news outlets.

None of this is normal.

And yet, that is exactly what the War on, or of, Terror has done. It has normalized war — violence — against primarily civilian populations in the name of some unseen threat of terrorism, ad infinitum, until the end of time.

But this isn’t going to be just a diatribe against various governments in the West and the non-West. There is a group called ISIS/ISIL that is doing all sorts of unimaginable things in the name of Islam. As shocking as it may seem for me to make this claim, ISIS/ISIL is not a great aberration. Rather it draws its inspiration from Wahhabism, a fundamentally anti-intellectual tradition.

Ibn Abdul Wahhab lived from 1703 to 1792 and founded the tradition based on the idea that, over the centuries, Islam has been corrupted and changed by so-called Muslims from a religion of pure monotheism to a superstitious culture of saint- and grave-worship. (This is how Wahhabis characterize Sufism, the central dimension of Islam that the vast majority of Muslims throughout Islamic history practiced.)

According to Wahhabism, 14 centuries of science, arts, literature, philosophy, religious and non-religious scholarship — all aspects of Islamic civilization, or any civilization for that matter — are fundamentally corrupt and must be done away with. Anything not explicitly sanctioned by the Prophet of Islam is considered an innovation (bida) that must be purified — far too often by violently removing it from the face of the earth.

The Saudi royal family, which goes back to Muhammad Ibn Saud (d.1765), a tribal chief of Diriyyah (near present day Riyadh), struck a deal with Abdul Wahhab, who would be given sponsorship in lands under Ibn Saud’s rule while also giving religious legitimacy to Ibn Saud’s political authority.

Wahhabis then went into towns and cities and summarily put to the sword anyone who did not affirm their doctrine. Noted scholar of Islam, Khaled Abou El Fadl, in his book The Great Theft: Wrestling Islam from the Extremists writes: “Historical sources describe horrendous massacres committed by Wahhabi forces in the eighteenth century all across Arabia.” The Saud-Wahhab alliance became the cornerstone of the present Saudi kingdom, established in 1932 with the long-term support of the British, who had wanted to gain a foothold in Arabia and destroy the Ottoman caliphate (both had been achieved by then).

This is nonsense. In the Prophet’s lifetime, and in the lifetimes of his companions who took over the first Islamic State after his death, Muslims signed treaties with Jews and Christians, and their lives and property were considered inviolable.

In the name of purifying Islam of “idols,” the Saudi government has been systematically demolishing major sites of Islamic heritage in Mecca and Medina, such as the graves of important Islamic personages. There has also long been serious talk of destroying the Prophet’s tomb, which according to Wahhabi doctrine would constitute an “idol,” but they haven’t yet done so, no doubt over fear of major backlash from Muslims worldwide. In these sites’ place, the government has been erecting enormous monuments to the grossest forms of materialism. Mecca — Islam’s holiest city — today stands as a surrealist Muslim vision of Islamic-Vegas.

With mirror-image zeal, ISIS/ISIL has been demolishing major sites of religious and cultural significance. Although it doesn’t have the money to erect its own idols to capitalism and consumerism, there has been some speculation that what money ISIS does have — and it is not insignificant — has been coming from Saudi coffers. According to an analysis by The Atlantic, U.S. lawmakers encouraged officials in Riyadh to arm Syrian rebels.

Describing the “signs” of the end of times, the Prophet Muhammad once said:

ISIS is the black-and-white, blood-soaked face of a religion with no historical or intellectual substance, one that bears no resemblance to the Islam it’s trying to replace or the Islam it’s seeking to recreate. At the very least, then, we may hope and pray (and act in our individual and collective ways) that — as with all things — ISIS too will pass.

“Is Islam Violent?” (which is set to be the defining question of our times) is rooted in a worldview whereby secularism/the West is seen as inherently conducive to people’s wellbeing, while Islam is seen as inherently antithetical to it. The West — which sees itself as the beacon of democracy and secularism — supports dictatorial regimes that have Wahhabism as their state policy. At the same time, the highest ranks in ISIS/ISIL belong to former members of Saddam Hussein’s secular Ba’ath party. In other words, the vacuum created in Iraq by the U.S.-led offensive from 2003 to 2011 in effect created the very conditions for ISIS/ISIL to erupt from the bosom of a devastated region.

So is it Islam that is really violent? Or is it our Western idea of how people in other countries must live to serve our interests at home that is violent?