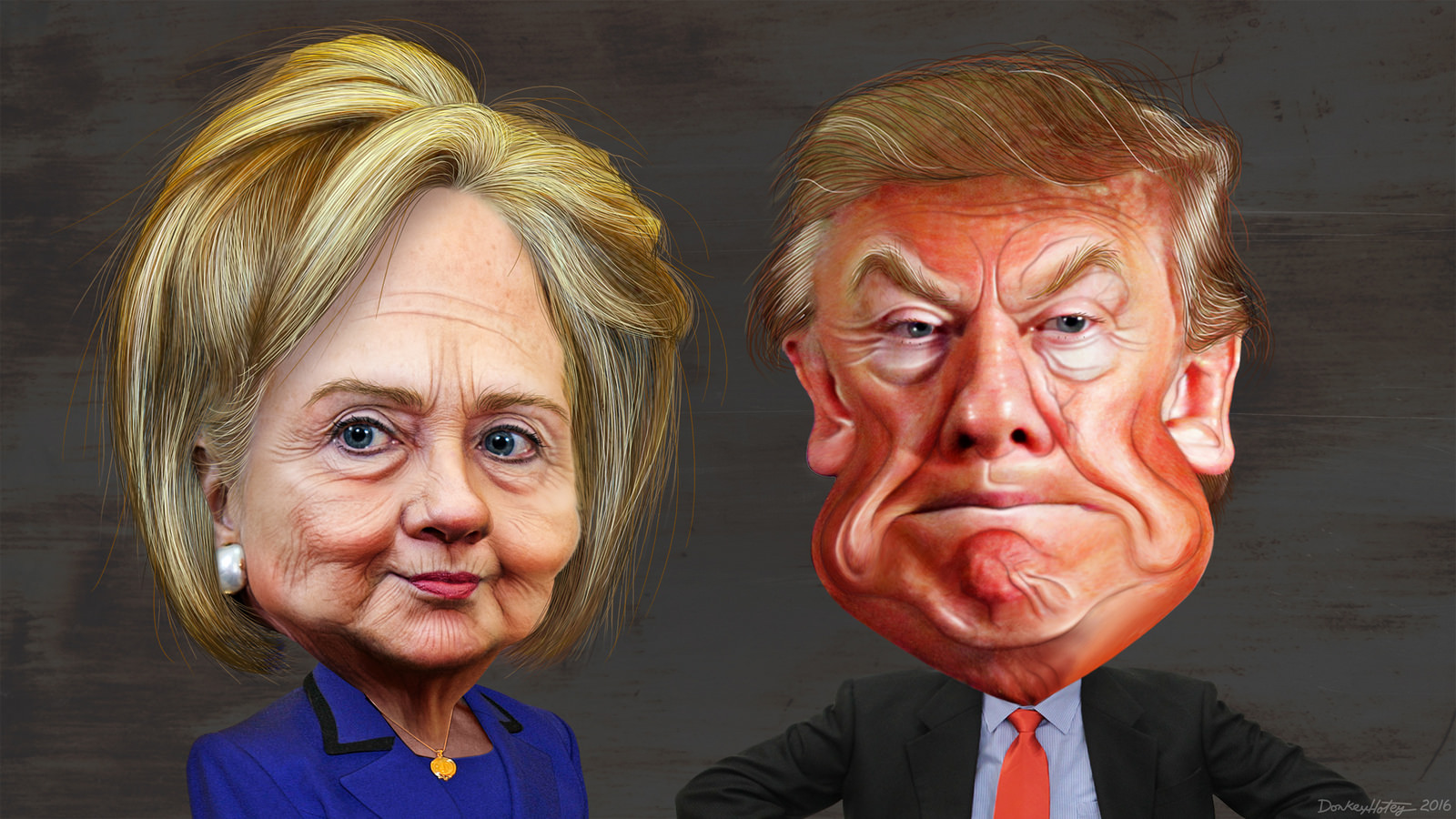 Today’s political climate makes it absolutely crucial to balance our tradition’s soaring commitment to social justice with the urgency of a pragmatic solution to preventing a Donald Trump presidency.

As Bernie Sanders reminded us, democracy is messy. I appreciate the recognition that political progress can be sudden and unexpected, and still be the result of slow, incremental growth and compromise. At times, political advancement comes from street-level organizing and mobilizing, at other times, it comes from being present inside the corridors of power. Now it calls for boycotts, now for engagement in insider politics. We need all approaches and do not have the luxury of ignoring any necessary political strategy.

We live in fragmented times, where informed moral and political analysis is in short supply. These words are not so much an exercise in persuading anyone as they are in making public one person’s thinking through complicated issues. May that transparency of a difficult and imperfect series of choices be of service to others, insha’allah (God willing). 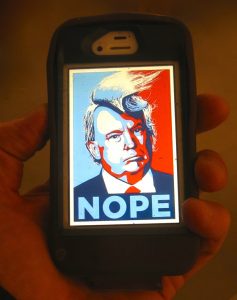 Let’s begin with the obvious: We are seeing in Donald Trump the rise of a not-so-thinly disguised White supremacy and ethno-nationalist fascism. In Trump, there promises to be nothing other than chaos and corrupt capitalism run amok. There is an all-out assault on Hispanics, Muslims, the physically disabled, the poor, women and undocumented people. Trump represents a full-on barrage of toxic masculinity, unapologetic stupidity, arrogant disregard of facts and aggressive cruelty that would sink this and any political experiment. And now, he is even musing over the right to use nuclear weapons. And all of this before mocking Khizr and Ghazala Khan, the parents of a dead Muslim soldier.

Without giving them any more publicity, I’ll simply state that the few Muslims who support Trump seem to understand neither politics nor the social justice mandates at the very heart of Islam.

That leaves American Muslims with two viable options: supporting the historically symbolic yet flawed candidacy of Hillary Clinton, or investing in the Green Party.

The Hillary option: A critical assessment

Let me be frank here.

Yes, there is symbolic resonance in having a female president. It is vastly overdue, and a powerful symbol for millions of girls — and boys — about what is possible. And there are many issues on which Clinton is on the right side of history. Pushed by both her own convictions and pressure from Sanders’ sabotaged-by-the-DNC-establishment “political revolution,” there are important commitments to $15-an-hour minimum wage, alleviating debt for college students and other significant societal issues. However, as someone who is not beholden to any candidate or party at this moment, I also want to speak some difficult truth. Let us be open and transparent about some of the significant shortcomings of Hillary the candidate and her campaign before weighing our options.

These last two points are connected: The Hillary position on Muslims extends the war on terror logic to destroy the lives of Muslims overseas, while holding American Muslims responsible for the actions of Muslim terrorists.

I hope the above points demonstrate that I am not naïve about the shortcomings (as I see them) of Hillary’s positions. Yet here is where we are: We have the two least positively viewed presidential candidates in American history. One of them signals the rise of neo-Fascism and the undead of White supremacy coming back to the largest political platform in America. The other one does not, and continues centrist Democratic policies.

I have a great deal of disdain for Trump and Trump-ism, and also for the significant shortcomings of Hillary as a candidate. So what do we do? Where do we stand? And where do we go from here?

I am under no delusion about Hillary. Yet this much I know. We cannot have a Trump presidency. It is not a luxury that African Americans, Hispanics, immigrant groups, poor people, Muslims and women (keeping in mind the obvious overlaps among these communities) can afford. Given the likelihood of the next president appointing two to four Supreme Court justices, his or her legacy may well last for a generation.

I have admiration for the non-interventionist policies of libertarians, but domestically, their policies would be catastrophic for millions of Americans in terms of education and the environment.

The Green Party’s platform lines up very closely with my own ideals, in terms of opposition to militarism, imperialism, racism, sexism, support for Palestinian rights and so much more. In so many ways, the position of Dr. Jill Stein reflects my own heart’s highest and deepest aspirations.

Yet it is also a time for pragmatism, with the mandate of keeping Trump out of the White House. The overwhelming support that Trump enjoys among angry Whites and folks without a college education, augmented by the historic unpopularity of Hillary, makes the prospect of a Trump presidency all too real. We simply cannot afford to invest wholeheartedly in the Green Party. Trump is not Romney. He is not even George W. Bush.

So what are we to do? How do we balance our morals with this genuine situation of concern? Here are my own recommendations: 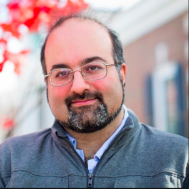 Omid Safi is a professor of Asian and Middle Eastern Studies at Duke University, where he is director of Duke Islamic Studies Center.