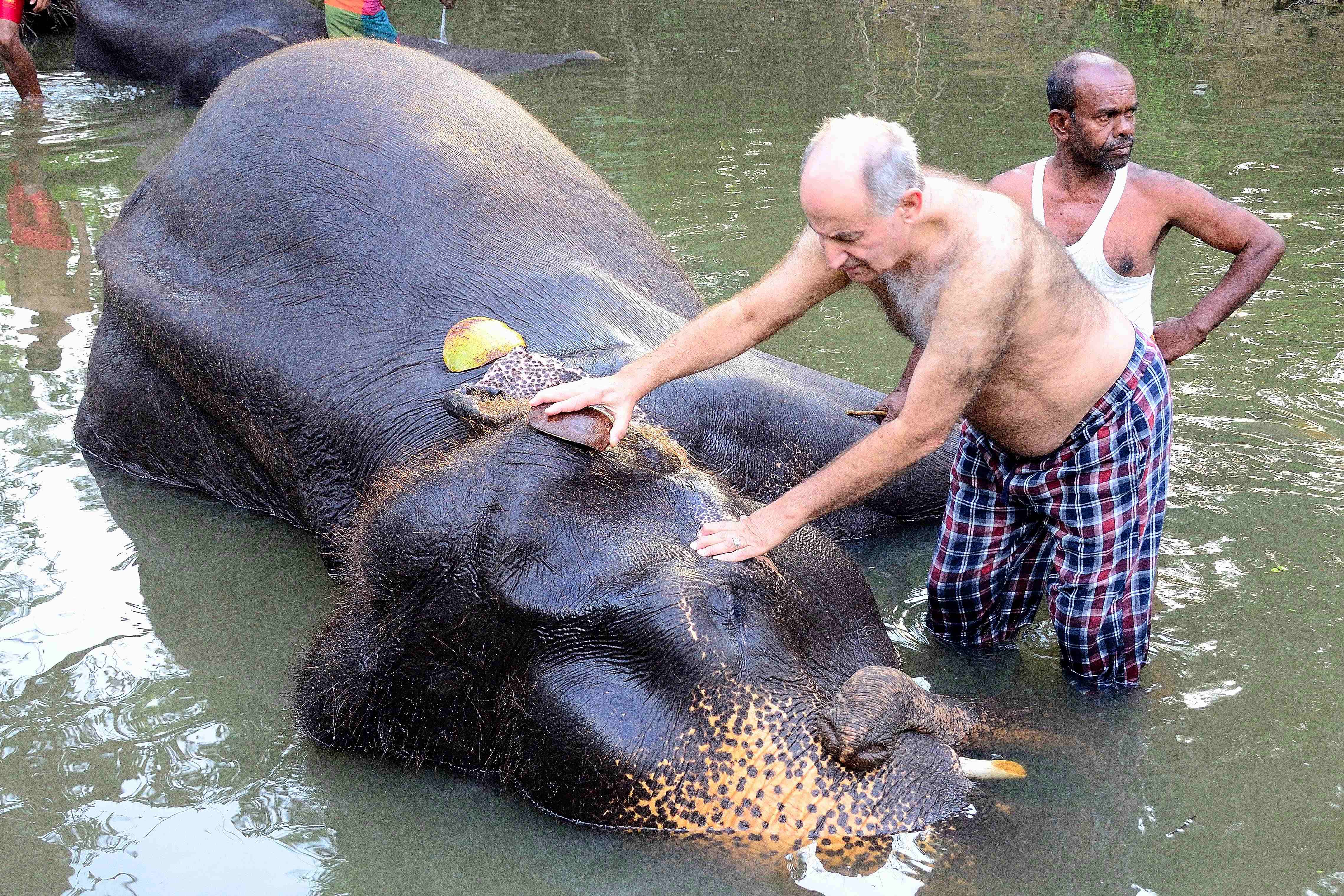 Does an Elephant Forget?

When my wife and I recently travelled to Sri Lanka, I had the opportunity to take a sunset ride on an Asian elephant. I jumped at the chance. On our short walk to Elephant Village, I purchased a bag of softball-sized pumpkins that the elephants like to eat. Upon arrival, there were three elephants “saddled up,” with Maharaja-style “box seats” on their enormous backs. For me, anything worth doing is worth overdoing. My normal tendency would be to choose the largest elephant to ride, yet I chose the smallest one. His eyes followed me and it was spellbinding. Was he curious about me, or (more likely) was it that bag of pumpkin treats that he surely recognized? Somehow, he called to me. Some things can’t be explained. His name was Kandula (“Boy”). He is 39 years old, and at 7,500 pounds, he was anything but small. I placed a pumpkin in his snout and he popped it into his mouth, crushing it like a peanut in his enormous jaws. In that he needs 300 pounds of food per day to survive, these pumpkins were no more than pieces of tasty candy to him.

In groups of four, we boarded up. Although our combined weight was over 600 pounds, Boy seemed oblivious to the burden. His mahout (handler) urged him on using only voice commands. I witnessed nothing inhumane. As we circled the lake at sunset with the sights and sounds of wildlife all around us, I fell into a euphoric trance-like state. The experience was beautiful. My senses were heightened. I was mesmerized. A group of monkeys swinging through the trees nearby snapped me back to reality. I looked down and watched with my pulse accelerating as Boy moved his massive body and passengers along a very narrow ridge.  Being 10 feet up, I couldn’t help but think that if Boy fell, I would certainly be thrown to my death if not crushed. I put the thought out of my mind and focused on this unique experience and the surrounding natural beauty and sounds at sunset. Boy seemed steady in his steps. This was not his first time out, right? He has crossed this narrow ridge many times, right?  We’ll be fine, right? No sweat, right? I sold myself on this and relaxed and enjoyed the rest of the ride.

When we dismounted, Boy continued to watch me. Did we have a connection or was it the last pumpkin that he wanted? I gave it to him and after eating it, he gently brushed me with his trunk. This is a massive animal that could wreak havoc on everyone and everything around him, yet the touch of his trunk was intentionally gentle and almost childlike. As we left, his eyes followed me. Was I imagining this? Was this the Mona Lisa painting type of optical illusion, or was he really watching me?

We returned to the lodge for dinner. I was on cloud nine from the entire experience. I was totally overwhelmed by the way Boy so gently touched me and followed me with his eyes as we left Elephant Village. I couldn’t get this out of my head. At dinner, Sudha, our 7-star guide, announced that anyone willing to wake up early could participate in the weekly bathing of elephants in the nearby river. Count me in!

The wake up call came promptly at 6 a.m. and I was out of bed in a flash. I had not brought a bathing suit with me, so I wore my red plaid pajamas. At the front of the lodge, a jeep and driver as well as Sudha were waiting. They drove me and another tour member to the nearby river. I had not made the connection that we would in fact be washing the same elephants that we rode the previous evening. When we arrived, Boy and one of his mates were already in the river with the third enormous male standing nearby. Each was accompanied by their mahout. The relationship between the mahout and elephant is unique. They are indeed one, and the elephant will take instruction from no one but him. It is only he who can manage and calm his elephant. It is a curious relationship to say the least. Here is a 4-ton creature of enormous strength that could wreak interminable destruction should it choose, yet it allows itself to be controlled by a human of 1/50th its size. Although no one can tell you what an elephant is thinking, it is known to be a very intelligent creature capable of expressing sensitivity and a wide range of emotions. Perhaps its logic is in fact simple. “This man feeds me, gives me water, houses me, bathes me and takes good care of me. It is not a big deal to ride people around the lake a few times a day for him.”

I entered the river and to my delight and surprise, it was Boy who I would be bathing. I was overjoyed at my good fortune. I am sure that he recognized me. He raised his trunk from the river as he had done the previous evening, and again brushed me gently. I was taken aback by how huge Boy was now that he was on his side. I was handed a split coconut husk for a brush, and laundry detergent. I was tentative, but the mahout demonstrated, and I followed. Once he saw that I had the hang of it, the mahout moved to the riverbank to enjoy his morning chai.

I was on my own now — just me and this massive creature in the warm Sri Lankan morning sun and cool river. I scrubbed Boy’s entire length using as much soap as necessary to get a good lather. He loved it. It was a nice massage for him. As I moved from rear to front I stumbled on what I thought was a log in the river. It was Boy’s massive leg! My apologies, friend. I could feel Boy’s 35-pound heart beating as our bodies touched. I lifted his enormous ear, the back of which was covered with baby pink freckles. As I scrubbed this area, he let out a deep sigh. I moved up to his enormous head and continued soaping and scrubbing. I watched as his eye closed when I scrubbed the back of his ear again. I had found his sweet spot. Suddenly he raised his trunk from the river and gently blew air into my face. It had the smell of fresh-cut grass and the sweet spice-like air of the Sri Lankan morning. Are you blowing me a kiss, Boy? Are you trying to tell me something?

As I continued scrubbing, the largest male, an 8,500-pound behemoth, was led into the river and parked on his side directly behind Boy. As soon as he was comfortable, he reached forward and laid his trunk on Boy’s body. It was an intentional and intimate gesture. “Good morning elephant friend. I am here with you.” I was in ecstasy. Then our guide broke the spell, indicating that breakfast would soon be ready back at the lodge. We had to finish up. With buckets of river water, I put Boy through the final rinse cycle. I didn’t want to go. As I moved to the riverbank, Boy’s eyes again followed me. It was haunting. As we rode back to the lodge, I felt tears running down my face. I had made an unmistakable connection with one of God’s most powerful yet deeply sensitive creatures. It was an intensely moving experience that stayed in my heart and mind through the rest of our days in Sri Lanka.

Are you there, Boy? Do you hear me? I am half a world away now, sweet Kandula. I think of you constantly. You are in my dreams at night. Our connection in that river of Sri Lanka was undeniable. You were so sweet and gentle. You touched my heart in a way that would be impossible for me to forget. Do you think of me ever, sweet Kandula? Is it true that an elephant never forgets?

All images via Howard Axelrod. 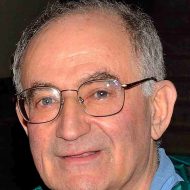