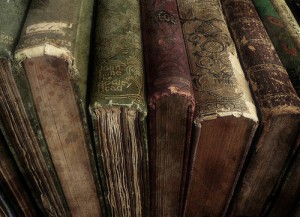 Misrepresentations of the Intellectual

A Muslim scholar half-jokingly once said that “Muslims are all nerds.”  Skeptics can pay a visit to one of the annual Islamic conventions in North America, where tens of thousands of Muslims go to hear (when they’re not hanging out with their friends) scholars lecture on a number of different topics. They do this largely because seeking knowledge has long been an emphasized by Prophetic traditions, its interpreters, and by the richness of Muslim scholarship itself. Flipping through works by non-Muslim academics like George Makdisi, Marshall Hodgson, or John Walbridge makes the point even more obvious: knowledge has always been central to Muslim civilization. Those given the authority to study and interpret scripture were viewed traditionally as proven intellects with the necessary legitimacy to do what they did. The intellectual or scholar was viewed by-and-large as a primary conduit of the faith.

Much of this remains unchanged in the 21st century. When a famous Muslim speaker finishes a speech at, say, the Reviving the Islamic Spirit (RIS) conference in Toronto each year, he or she is still going to be mobbed by a group of eager “fans” or well-wishers. Viewed in isolation, it would seem that Muslims still have a serious appreciation for knowledge and scholarship. Yet times have changed, and the post-9/11 era has presented Muslims with a number of challenges that highlight the ummah’s crisis of knowledge and authority. Depending on whom you talk to, people will tell you that some scholars are better than others, are closer to the truth, and are less likely to practice deception for personal gain. This kind of confusion extends to a broader, global phenomenon where many people can’t tell who they should listen to anymore when it comes to Islamic matters. This is especially true for the non-Muslims trying to make sense of how Muslims fit into the post-9/11 world order. (As a relatively recent convert to Islam, I can attest to this last point rather personally).

Yet, the problem isn’t exclusive to non-Muslims, who are often not as burdened by sectarian allegiance in their search for clarity. Granted, too many non-Muslims come with a different sort of ideological baggage, but the open-minded are not limited by insular conversations that often characterize discourse within the global Muslim community. It’s not to say that all debates or controversies within the Muslim community are trivially insular, but the post-9/11 Muslim would do well to contextualize local issues and concerns with a broader awareness of the fault lines that characterize much of the 21st century. This cannot be done with a limited sense of what knowledge is, or, by extension, what an intellectual or scholar is supposed to look like. In other words, the Muslim must expand his or her conception of knowledge beyond just the theological in order to truly understand what is happening to the global ummah today. Muslims’ understanding of what an intellectual is must be freed of any bias that links “pure knowledge” with being Muslim. To truly and accurately appraise the world today, all knowledge, whether its linked to the sacred or not, must be taken with some degree of seriousness.

It seems that many Muslims would put the alim who studies fiqh or aqida in a higher class than non-Muslims who’ve spent their lives studying, say, world politics or climate change. Sacred knowledge concerns a matter that’s often beyond the pedantic nature of this world, but a willful ignorance of how human civilization works cannot be good for anyone in the long term. In other words, as important as Muslim scholars and Islamic scholarship is (and it is incredibly important), Muslims have no monopoly on knowledge itself. A strict separation of “sacred knowledge” from the kind of information that concerns the technicalities of this world is dangerous for the 21st century Muslim, who has to think about more crises and controversies than most of his or her counterparts.

Muslims would do well to aspire to an accurate navigation or interpretation of these present-day problems, which relates not just the ummah, but the entire world. Much of these problems are very political in nature, and have to do with how the Muslim world has associated with the rest of humanity, and vice-versa. Much of it has very little to do with theology or religion, though the problem of how Islam is interpreted by people is always relevant in some way. The point is that those studying sacred knowledge often don’t have the same kind of expertise or intellectual access to other topics that should concern the present-day Muslim. To categorize Muslim stewards of sacred knowledge as intrinsically more worthy of one’s time, etc. (and everyone else as negligible) is to risk the facilitation of ignorance.

To represent “true” intellectualism as exclusively “Muslim” or “Islamic” is to displace a love for knowledge with a kind of self-obsessed parochialism. Muslims cannot afford this kind of insularity today, as knowing about the entire world is related directly to how the planet perceives its Muslim populations. If the Muslims remain insular, then so will much of the world vis a vis the ummah.