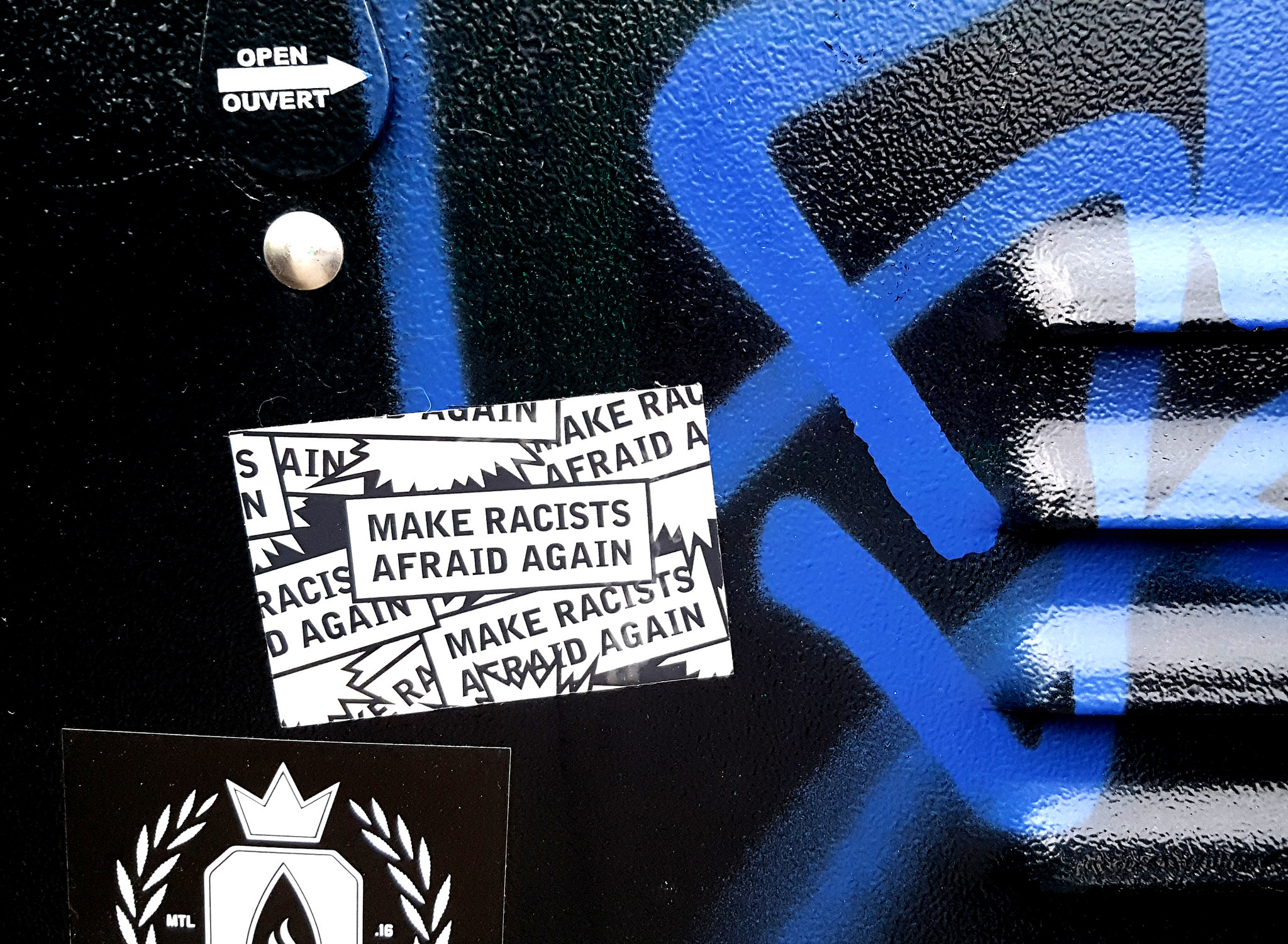 Official Conservatism vs. The “Loonie” Right

Observers who warn against increasing levels of radical, far-right activism in the U.S. and Canada are often met with a retort of “it’s just a few crazy people.” In other words, “It’s clearly just a few dozen losers on the corner with signs, so why panic?” These fringe characters, the argument goes, are so unacceptable to the mainstream that it’s inaccurate to see them as being in any way representative of a larger right-wing movement. And since they don’t constitute a larger threat, why worry?

Such a liberal interpretation of today’s troublesome status quo is worryingly naïve.

First of all, let’s take a second to remember that it doesn’t take 50, 20, 10, five or even a pair of determined nutcases to do real damage these days. It takes one. Critics of “Islamic terrorism” always note without fail how today’s technological and societal circumstances allows one—just one—nut job to do the damage that only armies could do centuries ago. Well, the same applies to far-right or alt-right nut jobs.

Almost exactly a year ago, it took one such murderer—Alexandre Bissonnette—to walk into a Quebec City mosque and shoot dead six Muslim men and injure 19 others. He wasn’t a trained tactician. He had no military or Special Forces background. But he was dedicated to his task and got his hands on a deadly weapon. That’s all it took.

Sticking with this example, how fair is it to point to such a killer—who was known for loving Trump and hating on refugees—as an extreme product of the prevailing political atmosphere?

Some in Quebec’s provincial legislature recognized the connection (and how bad it made them look) and offered an acknowledgement of the kind of rhetoric that might have contributed to such a toxic atmosphere. It’s a scary thing to remind oneself of from time to time, but an individual’s extremist actions are almost never carried out within some sort of sealed social vacuum. Human beings are connected, now more than ever, to the sociopolitical “ether” surrounding them.

Today’s atmosphere has facilitated a rise in xenophobia against minorities, from Muslims to Jews to the transgender community and so on. This shift in political climate, this increase in the public legitimization of so-called politically incorrect speech, constitutes the direction of today’s cultural wind.

Foremost among those whose job it is to gauge such winds are, of course, elected officials who rely on the voting public for legitimacy, support and a career. It goes without saying that, regardless of where one looks on the political spectrum today, politicians in North America and Europe are well aware of the far-right resurgence and are working to orient their public image according to it.

Sadly, this act of political orienting has too often meant capitalizing off the racist and sometimes violent sentiment of the far right. And though not all on the right are playing this dangerous game, a significant enough portion simply can’t help themselves. It’s been there for the taking long before Trump showed up.

Take the following example: Breitbart and Steve Bannon were central to the success of Donald Trump, a supposed outlier vis a vis the Republican establishment. And yet, it’s likely true that the sentiment that got Trump elected is the same one that animates most of the Republican base today.

In Canada, the recent race for the Conservative Party—one of only two governing parties in the country’s history (the other being the Liberal Party)—saw the rise of Andrew Scheer, a supposedly reasonable right-of-center politician who stands opposite more populist candidates like Kellie Leitch, whose overt Trump-esque slogans led to her eventual loss.

All of a sudden, everything seemed crystal clear to Canada’s pundit class: The country’s ecosystem—unlike that of the U.S. or Europe—won’t allow for someone like Leitch, a populist wannabe, to take real power. Because, liberal or conservative, Canada is different.

Perhaps some of that is true, but none of it changes what was soon revealed about Scheer’s campaign team:

And this is all from the team of a party leader who’s presented to the public as the more reasonable right-winger, a serious politician who eschews the alt-right.

Perhaps citizens who care to hone their political acumen shouldn’t perceive the current rise of the “loonie” right as a purely aberrant strain that stands apart from the great tradition of Western political conservatism. Rather, it’s more accurate to say that significant swathes of official conservatism—those who run in elections and live a public life—are happy to use racist, populist strains to galvanize support and obtain votes, so long as that strain survives scrutiny in the eyes of the wider public.

We live in such times. The alt-right’s political success has long exerted influence on broader conservatism because, well, success is inspiring. Proven methods of attaining it are thus copied. The right wing, no matter how “official” sounding or looking, isn’t prone to such toxicity.