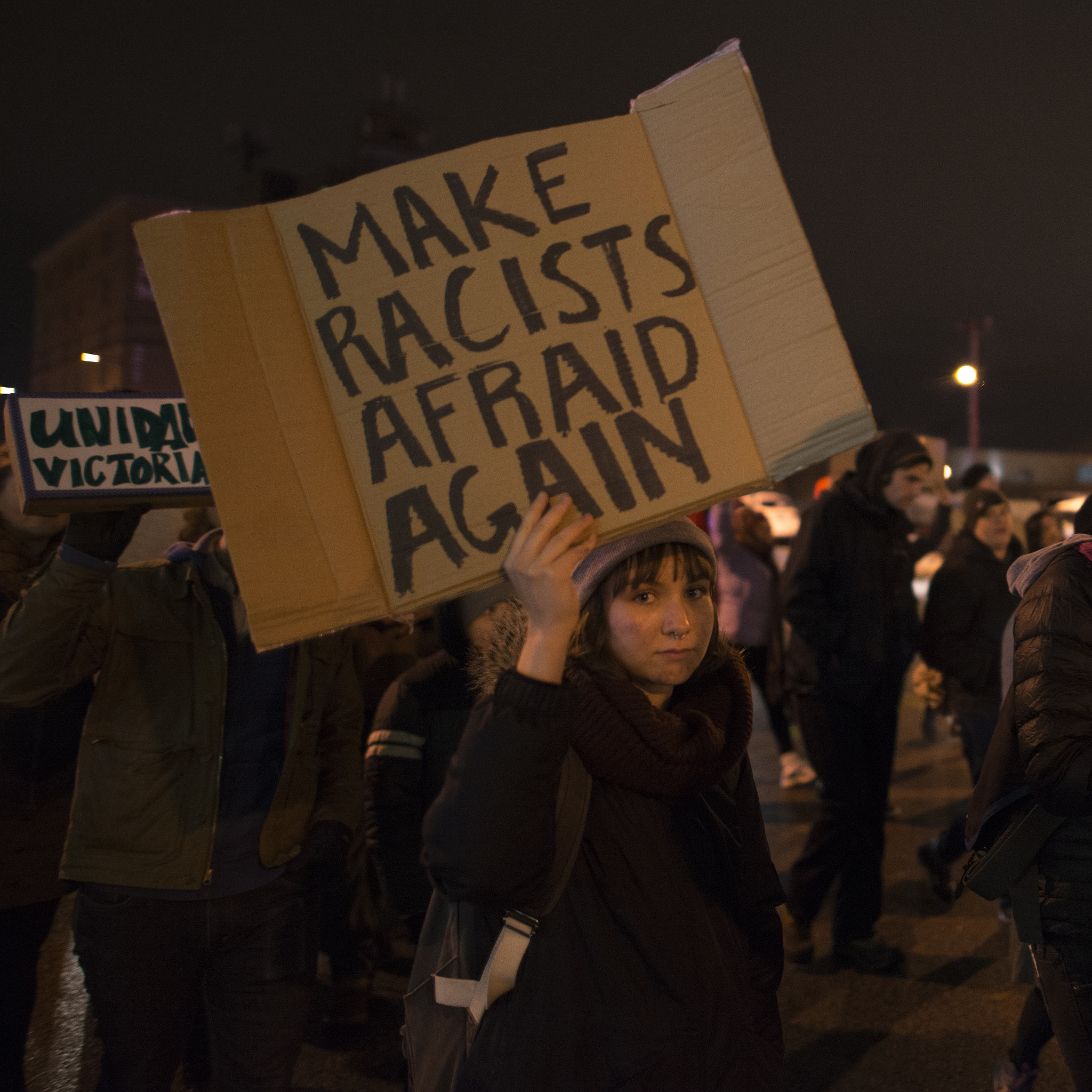 Our politicians are playing with forces they don’t fully comprehend

The crisis of modern democracy isn’t right-wing demagoguery or extremist populism. Those are surface symptoms of an underlying problem — one that has to do with the very cornerstone of participatory politics: knowledge. Without this pre-requisite ingredient, nothing works. This is, at least partially, why Donald Trump is where he is now, and it’s mostly why the idea of him governing is so scary. The man who campaigned, at least in part by galvanizing the most unsavory segments of American life, doesn’t seem to know what he’s playing with.

The Western world is full of democracies made up of large, bureaucratic institutions and systems — the military, banks, Congress, the prisons, the Environment Protection Agency, public schools, law enforcement, food production, the media, etc. All these institutions interact in complicated ways with hundreds of millions of people, whose own personal and communal lives and histories are even more complex. An ideal leader of any sort should demonstrate some appreciation for this reality. Even the mediocre ones are usually careful enough with their speech because they know that one wrong move could do serious harm to the fabric of their country.

Of course, the wholesale ignorance of these principles by Trump and his team is at the heart of why the next four years will be fraught with real danger. Yes, he’ll repeal years of regulations on Big Oil and irresponsible banking. Yes, the names being floated around for his cabinet positions are enough to age any rational person. But it’s not just future policy prospects who should evoke fear.

The way this man has campaigned for the past year-and-a-half has, above all, helped embolden elements of his society that, at some point in time, will acquire the potential to come together to facilitate the kind of political change that eliminates the checks and balances of a democratic republic. This is likely the road right-wing demagogues in the West are going down, regardless of whether they know it. It may sound alarmist, but from whose perspective?

Marine Le Pen of France’s National Front and Kellie Leitch, a Canadian Tory MP running for the leadership of her party, are among figures who are already trying to play copycat: Throw the liberal establishment out! Let the real people — whose jobs are being stolen by immigrants and whose values are being assailed by privileged internationalists — rule for and by themselves. After all, they’re the ones who actually represent the original values of [insert country name].

Of course, you’ve heard this warning 1,000 times before and 700 times more in the past year or so by liberal and leftist commentators. But how much do we really know about the actual look of a descent into authoritarianism? Does it start with a mandatory “registry” for an ethnic or religious minority? Does it start with the deportation of millions of undocumented immigrants? What did everyday life in the Weimar Republic actually look like at the street level when the Reichsmark suddenly collapsed? The analogies are used repeatedly, but what do we really know about the exact, day-to-day, on-the-ground phenotypes of a society that’s about to enter into civil chaos?

Then again, it’s unlikely that anyone can actually know this. It’s also likely the reason that so many democracies, while nominally displaying their ideals and principles, have failed to prevent massive bloodshed as a consequence of populism-gone-wrong. It always starts with a few harmless speeches, then a coup or an electoral victory. Before you know it, things have gone too far. The tragedy today may be that reckless right-wing leaders, whether they’re named Trump or Le Pen, may not actually know that they’re playing with forces that they won’t always be able to control.

It’s hard not to see a hint of shock or anxiety on the face of the president-elect these days. This is a guy whose campaign started as more or less a half-baked ego trip (much like The Apprentice, as I’m sure we’ve all noticed). He has no experience in government or the military, and even less knowledge about how the systems for which he’s now responsible actually work. If he really didn’t expect to win — and there’s evidence to suggest that — then his reckless attitude/rhetoric on race and religion, among other things, make even more sense. After all, this isn’t a guy who’s known for thinking through the long-term implications of his decisions.

But what he’s done is dangerous in ways that many upset centrists and Hillary-supporting liberals have yet to fully express. You don’t just stir the pot of an incredibly complex society without serious long-term consequences. Reasonable people can debate just how much Trump froths at the mouth when he thinks about Muslims and Black people in his most private moments, but the campaign he just ran — not to mention the subsequent victory — has galvanized and emboldened forces that he clearly doesn’t fully understand. He’s happy to court the White nationalist vote, but is he ready to deal with the aftermath? We’re about to find out.