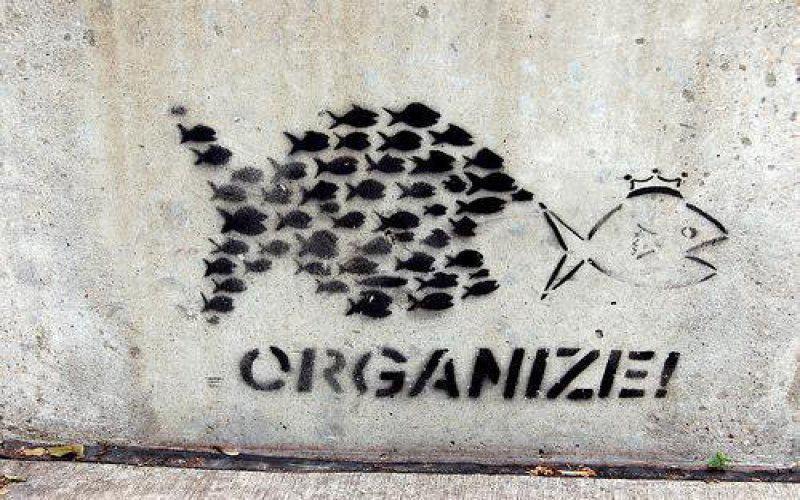 Perspective: The Muslims Now Have No Choice but to Organize

A society’s capacity to move forward during dark times is dependent upon its ability to foresee, and thus grapple, with the worst possible outcome of a political process. This is why it’s been difficult for so many of us minorities in the U.S. and elsewhere to move on from the shellshock of Donald Trump’s victory.

Most people, even those within the GOP, simply didn’t see it coming. And as someone who writes and analyzes post-9/11 politics and populism—someone who possesses an almost obsessive need to imagine the worst of all possibilities most of the time—I too wanted to believe that the U.S. couldn’t possibly elect a man who many women have accused of molestation and who walked into change rooms full of undressed teenage beauty contestants for his own gratification. Boy, was I wrong.

We live in populist times and I was also, much like the DNC bigwigs who stacked the cards to favor Hillary Clinton during the primary, wrong about Bernie Sanders’ chances. Populism is by definition a trend against the establishment and Clinton was perhaps the most establishment figure ever fielded by the Democrats. Her record of corruption (along with her husband) and her prolonged time in office, among many other factors, showed how much she represents the kind of Democratic Party smugness that’s been on full display since Trump became the GOP candidate. She was a terrible campaigner and was, by all means, very entitled.

And yet the man she ran against really does exemplify, in his own right, the kind of disaster that only mass-populism-gone-wrong can unleash. Many on the left like feigning political insightfulness by saying Democrats and Republicans are the same. In a sense, they’re right. There are many systems and institutions in the U.S. that transcend partisanship and political personality: the military-industrial complex, the bought-and-paid-for legislature, the drug-war-private-prisons nexus, the corporate-government revolving door, the hollowed out public schooling system, and on and on. Yes, these are structural issues that underlie America’s surface problems. It’ll take more than a different leader to reverse or erode these deeper issues. Mass movements will have to take place. But that’s not the whole story when it comes to the electoral politics of a country with over 300 million people.

Politics isn’t just about one’s own wellbeing or the state of one’s own community under a set of circumstances. It’s well within a person’s right to think that way, but the truth is that national policies and politics hit different people in different ways. A middle class college kid who likes to fashion himself as some sort of political radical who’s morally above elections can afford to think that way. But if you’re in an underprivileged situation and have been pounced on by the state year after year, every bit of change counts. These people don’t matter very much in the practical sense when one considers the weird logic of not caring about who gets in office.

Clinton is bad, but Trump’s list of nominees for cabinet position is a literal rogue’s gallery of anti-Muslim sentiment. Newt Gingrich, rumored to be a top pick for Secretary of State, spent much of 2010 talking about how Sharia law is among the top threats to U.S. democracy. John Bolton, perhaps the most hawkish neoconservative to come out of the George W. Bush administration, is Trump’s top foreign policy adviser and has wanted war with Iran for years. Rudy Giuliani, the former mayor of New York City and a rumored future Attorney General nominee, has a prolific track record of demonizing Muslims in a variety of ways. This is what lies ahead for America and it’s what lies ahead for Muslims around the world.

I don’t understand those of us who still act like they can even afford the indulgence of not paying any attention to their country or society’s political situation. It’s like spending money you don’t have. A reckoning is coming and it’s already kind of here. Tens of millions of people voted for Trump. Anti-Muslim attacks, particularly against women who wear the hijab, are already happening en masse across America and elsewhere in the West. It’s not just a small network of vanguard anti-Muslim figures anymore that are talking to themselves about how bad Islam is. It’s a whole movement of people who either love Trump’s xenophobia or are willing to overlook it in complicity.

Of course, this layered movement of misogynistic and racist populism is inseparable from a racialism hyper-capitalism that has been the name of the game of our neoliberal era. We’re dealing with a huge number of people who feel like their country has left them behind for labor in Mexico, China, and Bangladesh. This corporatist worldview, facilitated largely by Bill Clinton himself, has created a core of folks who are emotionally susceptible to arguments that pit gays, Muslims, Latinos, Blacks, and other minorities as the true antagonists who keep America from being great. It’s along these lines that a larger population or movement of pro-Trump supporters can be built. We saw some of this during the hey-day of the Tea Party movement in 2010-11, but that episode has now developed into an established mainstream bloc that animates much of the country.

The end of centrist liberalism isn’t Trump—it’s what came before Trump to facilitate his rise. Those of us who measured the country’s political winds according to our own Pollyannaish, self-constructions can no longer afford to do so. This is especially true for North American Muslims, most of whom live in professional households and in the suburbs of some metropolis. We’re not living in total fascism yet, but this is how Nazi-style horror shows begin. Again, xenophobic nativism is by now a mainstream movement. It was never marginalized or localized chatter that you can laugh at along with Stephen Colbert and Lena Dunham before going to sleep.

And it didn’t pop out of nowhere. It’s actually always been a part of our societies, just never as galvanized and mobilized in the modern era as it is today. The only time that the U.S. banned an entire group of people from entering its borders was the Chinese Exclusion Act of 1882, which somewhat echoes Trump’s half-baked ideas of banning Muslims. Now, such sentiments will be stoked and galvanized even more effectively every time a Muslim maniac sets off a bomb somewhere. It’ll no longer be a calm Barack Obama on national television reminding his country to remain calm. No, it’s going to be Trump, in his full orange splendor, who will address the nation after each tragedy. That in and of itself should be enough to scare the everyday Muslim off their couch.

The ultimate lesson is the following: if we really thought all along that Trump is anything even approaching a fascist figure, then we’d better have prepared to do a lot more than just cast ballots every few years. This should be the call for every Muslim, along with their allies who don’t believe in Trumpism or the rotten establishment that made it possible, to organize their communities in a radically political way to change the tenor of our societies.