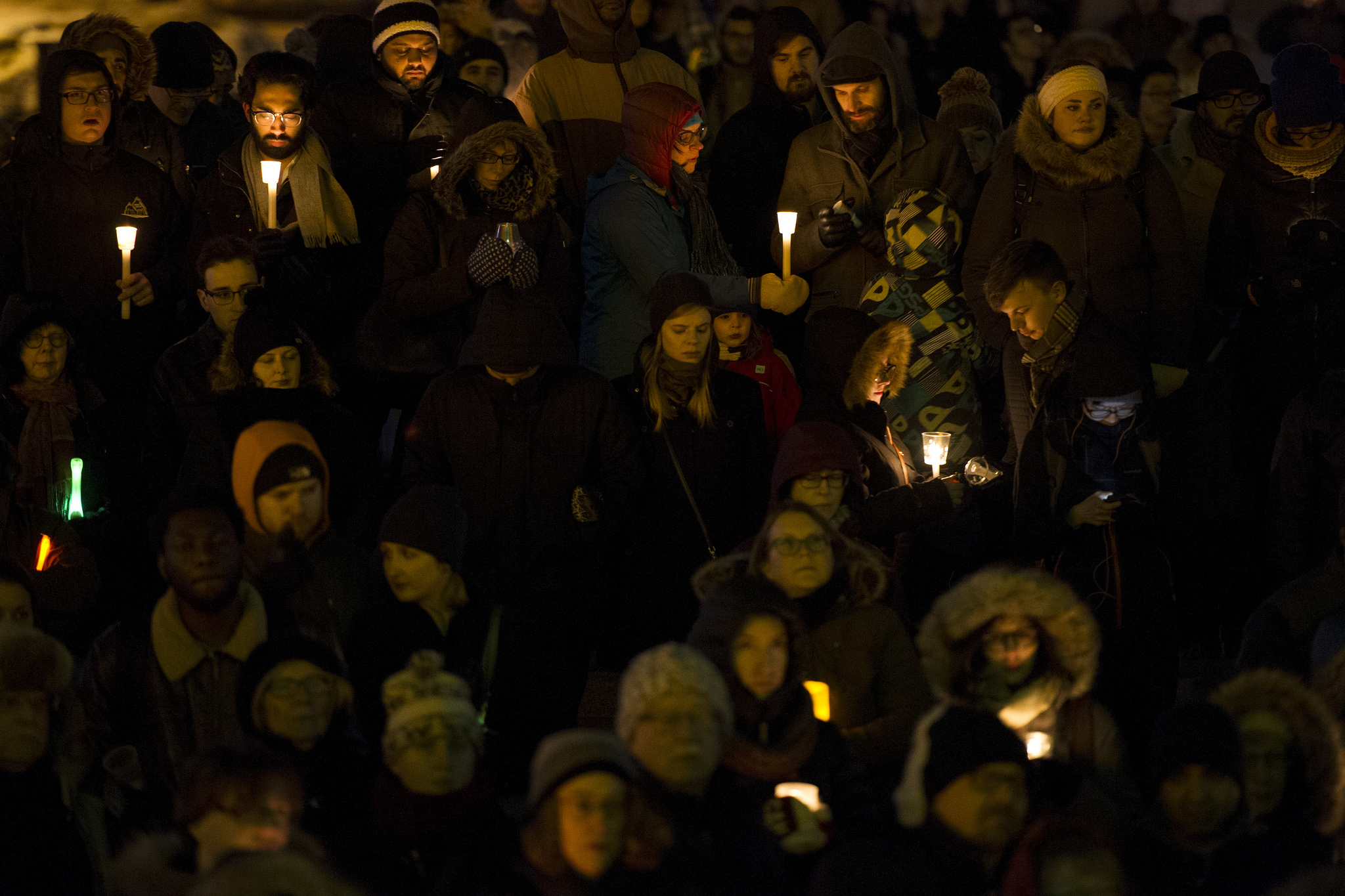 It’s hardly a question by now that today’s right-wing, anti-Muslim sentiment has an emboldening effect on the hateful fringes of society. The tragedy is that the evidence for this obvious connection is almost always borne out of calamity. The massacre of six Muslim worshipers in Quebec City, Canada, on Sunday cannot be separated with any neatness from the recent wave of anti-Muslim sentiment that has encroached upon many Western democracies. Quebec has been an epicenter of such rhetoric and politics for Canada in the post-9/11 era.

Six people are dead, several are wounded, and two are in critical condition from the shooting, which happened in the Sainte-Fey district of Quebec City, one of Canada’s oldest and most historical municipalities. The Islamic Cultural Centre of Quebec was the target mosque; around 40 people were praying on the ground floor when a gunman stormed in and sprayed the area with bullets after yelling, “Allahu akbar!” In June, a pig’s head was delivered to the mosque. 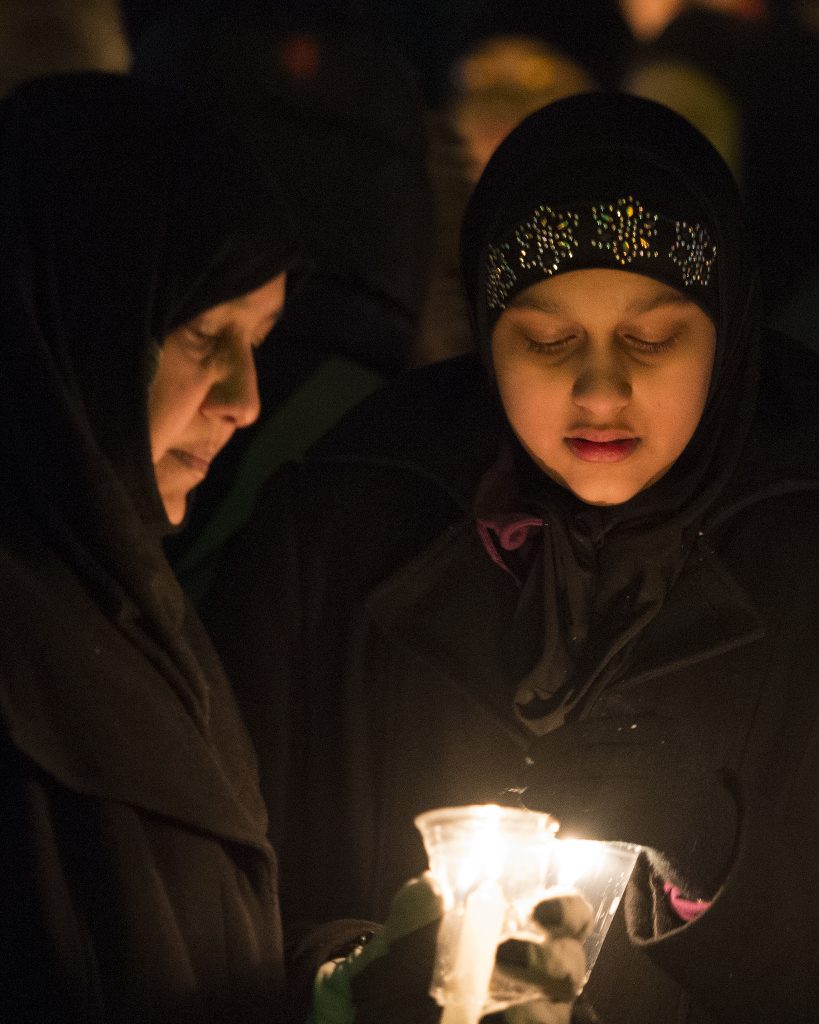 Vigil for the victims of the shooting >Flickr/Premier of Alberta

The prime suspect is 27-year-old French Canadian Alexandre Bissonnette, who faces six counts of first-degree murder. Bissonnette attended Laval University as an anthropology and political science student, was known for being an unassuming, quiet student who played a lot of chess. His motives are still largely mysterious, but he was also known for making right-wing remarks and posts on social media.

The day or so it took for police to boil him down as the sole suspect was erratic and very revealing. The amount of misinformation that has surrounded the unfolding of this story is noteworthy, as Quebec City police initially had two suspects in custody. They then released the names of these two individuals as Bissonnette and Mohamed Belkhadir.

The latter name set the hard right on fire. They argued that the Muslim name indicated a chance that the shooting could have been a case of Muslim-on-Muslim terrorism. This has turned out to be highly unlikely as the police have not charged Belkhadir with anything and have turned him loose as a witness. In an interview with a French-Canadian paper, Belkhadir says he holds no ill feeling toward the police. He had left evening prayers when he heard the sound of gunshots. He went back in and tried to give first aid to a victim when he saw, what he thought, was the gunman. It was a policeman. He ran outside and that’s when police arrested him. Still, when things weren’t so clear, rumors that Belkhadir is a Moroccan terrorist or that the whole thing was actually carried out by Syrian refugees (Canada has taken in around 25,000), spread like wildfire online. 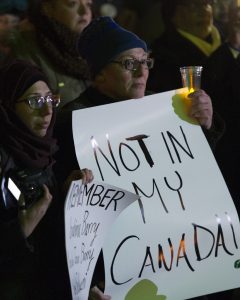 Canada’s increasingly active right wing would have loved nothing more than a case of Muslim-on-Muslim crime. It would have, in their minds at least, absolved them from the responsibility that they bear for heightening anti-Muslim sentiment in Quebec and Canada at large. Moreover, a Muslim attack (a rare thing in Canada) would have served as useful ammunition to point the finger at Muslims for threatening public safety. None of this came to pass and Canadian Prime Minister Justin Trudeau has called the episode a “terrorist attack on Muslims.”

Even White House Press Secretary Sean Spicer used the confusion just after the attack to justify President Donald Trump’s “proactive” approach to protecting America from “Islamic terrorists.” Trump’s #MuslimBan dominated the news in Canada before the shooting occurred, and it’s hard to separate the latter from the political climate that has been characterized by policies like Trump’s banning of refugees and residents from seven Muslim-majority countries. Protests and vigils are being organized across Canada to simultaneously denounce Trump’s ban and mourn the victims of the shooting.

Canada’s conservative wing, much of which has marveled at the political success of President Trump, will by and large not acknowledge that the shooting happened within a particular political atmosphere — the kind of climate that many on the right have helped stoke for years. Just as the Trump #MuslimBan is the culmination of years of anti-Muslim sentiment in the post-9/11 age, the Quebec mosque shooting is also the tragic byproduct of toxic rhetoric and politics. Quebec is a province that has long identified, much like France though not completely, with a kind of secularism that makes very little room for religious accommodation.

The Parti Quebecois, a left-leaning provincial party, tabled a bill in 2013 (when they were in power) that would have banned religious dress and other forms of faith-based expression in much of the public sphere. Dubbed the “Charter of Values,” the bill was ultimately defeated, followed by the PQ’s loss in a provincial election the following year. Just this past fall, another provincial party, the Coalition Avenir Québec, proposed a ban on the burkini, a ban on the hijab for police officers, and a 20% cut on the number of immigrants that Quebec lets in every year. None of these proposals ever became policy.

Still, this latter set of proposals followed France’s own burkini controversy, which also overlapped with the final stages of the U.S. election. It’s this last event, perhaps the most seismic political phenomenon of our time, which served as the right wing’s largest emboldening factor. 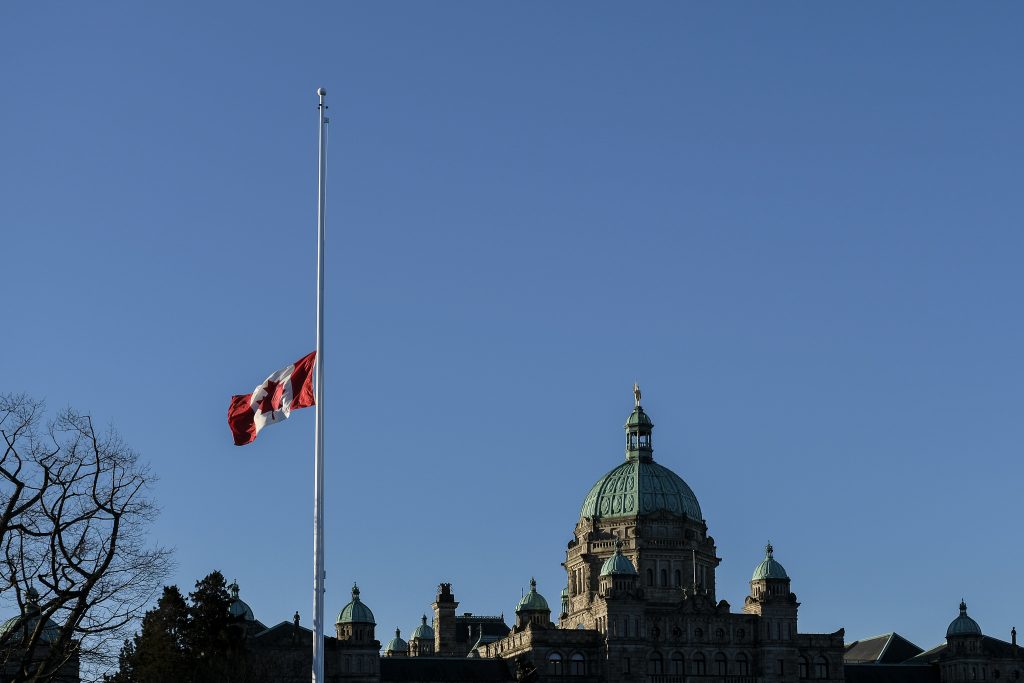 The rise of Trump has given steam to everyone from Marine Le Pen in France to the hard right in Germany and the Netherlands. Yet many observers, including Canadians, presented Canada as a kind of haven that’s immune from such toxic politics. Much of it had to do with the inclusive and progressive rhetoric of Prime Minister Justin Trudeau, who came into power after defeating conservative rival Stephen Harper, who ruled for almost a decade. There was a sense that Canada had gotten out of its conservative streak, joining the rest of the globalized world in a gradual, liberal trajectory of infinite social progress. This has turned out to not be the case.

There’s been a doubling of anti-Muslim incidents in Canada from 2012-2014. Canadian university campuses, especially since November, have also seen an increased level of right-wing activism and rhetoric. But most prominently, it’s the Conservative Party of Canada’s search/race for a new permanent party leader that has shed the most light on the country’s capacity to absorb right-wing bigotry.

On the night of Trump’s unprecedented win, Conservative MP Kellie Leitch sent out an email to supporters depicting the Republican victory as a great message of ordinary people kicking out the out-of-touch elite establishment. Now a candidate for the party leadership (to be decided this summer), Leitch has also proposed that Canada impose a “values test” for immigrants and refugees who want to enter — eerily reflecting Trump’s #MuslimBan. Though Leitch has been careful to couch much of this rhetoric with progressive sentiment (she says those who don’t respect women shouldn’t be allowed into Canada, for instance), anyone with an ounce of political awareness can see that her tactics point to a different aim.

Leitch, along with other Conservative leadership candidates like Chris Alexander and Kevin O’Leary, are either directly or indirectly trying to reflect and replicate the success and trajectory of Donald Trump. Leitch is engaging in a high-risk game of political dog whistling, hoping that, like Trump, her rhetoric will be recognized by certain segments of Canadian society that will interpret her prioritizing of, say, “Canadian values,” as a sign that she’ll keep out the foreigners. And so on.

When Canada’s elected officials behave this way and are in turn covered (for good reason) by the Canadian media, then the rest of society takes special notice. The fringe portion of this social landscape — the part that represents banished ideas like White nationalism — also takes notice.

They see the shift in political rhetoric/climate as a chance to reintegrate their messaging back into the acceptable window of public debate. Perhaps they’ll recalibrate themselves as the “alt right” or, like White nationalist Richard Spencer, prefer three-piece suits over biker jackets, but the current surge in hard-right sentiment — culminating in the tragedy of Quebec City — is enough evidence that such a dynamic is unfolding.

Those who want to separate what happened in Quebec City on Sunday from the social politics of anti-Muslim sentiment, the surge in right-wing populism that gave rise to Donald Trump and the overall shift in the Western world’s political atmosphere will be doing so in defiance or in denial of very obvious realities that govern our societal climate today.

*Image: A candlelight vigil is held for the shooting victims. Flickr/Premier of Alberta, Chris Schwarz