The following is an excerpt from Shadi Hamid and William McCants’ new book, Rethinking Political Islam, which was published on August 14. Hamid and McCants also published an op-ed at The Islamic Monthly on August 14.

After decades speculating on what Islamists would do when they came to power, analysts, academics — and Islamists themselves — finally have an answer. And it is confusing. In the hinterland between Syria and Iraq, the Islamic State (popularly known by its old acronym ISIS) established a government by brute force, implementing an extreme interpretation of Islamic law. In Egypt, the Muslim Brotherhood presided over a controversial year in power, alienating most of the country’s major political forces before being overthrown in a military coup in 2013.

The “twin shocks” of the Egyptian coup and the rise of the Islamic State have challenged conventional wisdom on political Islam, leading some academics and policymakers, as well as Islamists, to rethink basic assumptions about Islamist movements. The questions raised by the twin shocks were particularly pointed for mainstream Islamists, who followed the rules of the electoral game but failed to see their agendas implemented as quickly or comprehensively as the Islamic State’s. Was the lesson to push for more comprehensive change? Was it to make further compromises and concessions? Or was it to abandon electoral politics altogether?

The Islamic State quickly became the most well-known Islamist organization in the world and the subject of near-constant media coverage. This is understandable, and for policymakers, the group did in fact demand urgent attention. But while groups like the Islamic State — because violence and terror are part of who they are — will always matter more from a counterterrorism perspective, the vast majority of Islamists are not violent nor do they advocate the wholesale change of government institutions. Moreover, as important as the Islamic State has become, it isn’t — and doesn’t claim to be — a mass movement. The Islamic State’s “vanguard” model is one where a relatively small group of ideologically committed individuals can have an outsized effect. We saw this in dramatic fashion during the Islamic State’s capture of Mosul, Iraq’s second-largest city, in June 2014. A first wave of around 1,000 fighters was able to overtake an Iraqi force of some 30,000 strong. At the same time, because the Islamic State seeks — and, from its perspective, only needs — the support of a tiny, committed core, its broader cultural, intellectual, and theological influence will naturally have its limitations.

Where states enjoy some degree of legitimacy, control all of their territory, and enjoy a monopoly over the use of force, the Islamic State can only gain limited ground. What tens (or hundreds) of millions of Arabs and Muslims think and do matters, and in many of these countries, they are affected more by mainstream Islamist movements — which ask for their votes, provide social services, and affect how ordinary Muslims understand their religion — than by groups like the Islamic State, which are opposed by the overwhelming majority of Muslims. 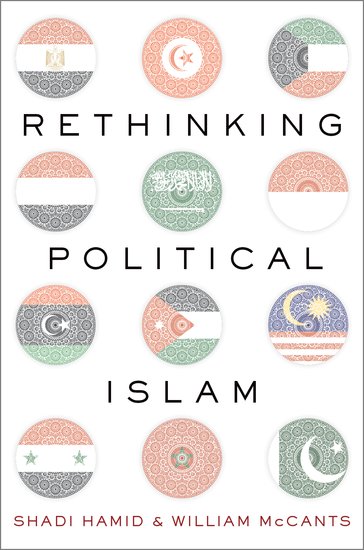 Even where Islamist parties appear to be severely weakened, as in Egypt, it would be a mistake to presume this outcome is permanent. In the previous decade, Islamist movements appeared not just weakened but also decimated in countries like Tunisia and Syria, but the openings of the Arab Spring returned them to prominence. Perhaps more important, the movements under consideration are, in some cases, going through unprecedented internal change and are rethinking what it means to be Islamist in an increasingly unstable, chaotic region.

Islamists are not likely to become liberals; otherwise, what would be the point? Islamists are Islamists for a reason, after all, and being religiously oriented is one of the sources of their popular support. Some opponents of Islamists criticize them on the grounds that they haven’t rethought the foundational premises of Islamism, but this seems to us like an unrealistic and even problematic standard. At the same time, it is important to not mistake tinkering around the margins and minor shifts in tactics as reflecting deeper ideological changes.

What we find in many cases is that Islamists are broaching controversial and difficult topics that are at the core of what it means to be an Islamist movement, including the relationship between party (hizb) and movement (haraka), internal organizational structures (the tanzim), the nature of the state, the use of violence, and the centrality of elections to the Islamist project.

This rethinking can be for both better and worse, depending on one’s perspective. Islamists learning lessons doesn’t necessarily mean learn­ing the lessons that Western observers think they should learn. For example, Brotherhood youth in Egypt have moved in a more revolu­tionary direction, with some being open to what they term “defensive violence,” which is at odds with their organization’s decades- long com­mitment to peaceful activism. This constitutes rethinking, although it’s probably not the kind that Western policymakers and observers may have had in mind.