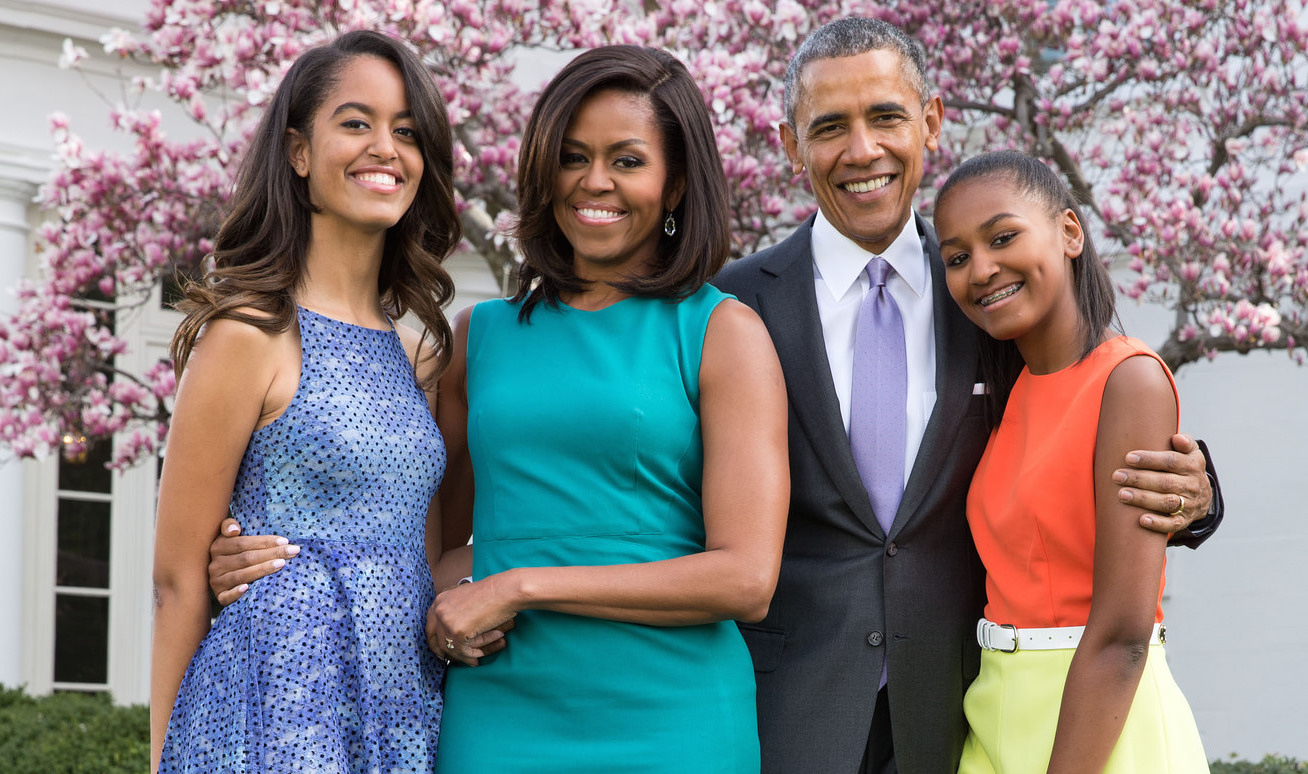 There’s Only One Way To Stop Trump, and You Won’t Like It

With Rand Paul and Jeb Bush out of the race, there remains just one Republican candidate who does not absolutely terrify me: Governor John Kasich of Ohio. Is he going to stop Donald Trump, who won the past three votes in New Hampshire, South Carolina and Nevada? There seems an increasingly good chance that Trump will represent the Republican Party. Who’s going to stop him, Marco Rubio?

I didn’t think so.

When I say I’m terrified of Trump, I don’t only mean I strongly disagree with his proposed policies, or what I can understand of them. (What does “we should bomb their oil and take it” mean? Isn’t that like “I’m going to burn your house down and live in it”?) I also don’t refer to the humiliation I would feel as an American were my country to carry Trump all the way to the nomination, let alone the White House.

I would be afraid for my personal security as an American of color who chooses to be Muslim.

Although Trump is not alone in his Islamophobia, he is maybe more extreme in it. The supposedly most electable and reasonable candidate, the one who seems like the GOP’s last, best hope against Trump, Senator Marco Rubio, responds to Donald’s Islamophobic rhetoric by denying there’s discrimination against Muslims. He’s like a person who may not be explicitly racist, but thinks no one else is either.

Either that or he’s afraid of taking Trump on, which augurs poorly, doesn’t it?

I’ve no comment on Cruz and, while Kasich feels like a breath of fresh air, he’s firstly unelectable and secondly overly concerned with “Judeo-Christian values,” which very consciously excludes Muslims, atheists, agnostics, humanists, Hindus, Buddhists, Sikhs, and, well, anyone who isn’t Judeo-Christian. Whatever that means. I’ve never even met a Judeo-Christian. I doubt you have, either.

There is, of course, the chance that Democrats Bernie Sanders or Hillary Clinton would defeat Trump and prevent this mendaciousness from coming to pass, but do you really want to take that chance? That Trump is ahead, that a celebrity entertainer and larger-than-life real estate magnet is insulting, mocking, threatening and intimidating his way to the top, suggests a problem. With the entire system.

Between Sanders’ bread and the business mogul’s circuses, I just want a way out. Turns out, history suggests a way forward, though some Americans aren’t going to like it.

Option one is for President Barack Obama to suspend the Constitution and stay on as president for life, or at least until Trump becomes too old and decrepit to take office. What’s a hobbled Supreme Court going to do? Trump himself is fond of arguing that there is no consensus on what certain amendments mean, perhaps there is really just no consensus on what the whole Constitution means. But I don’t think this is exciting enough. If we’re going to sabotage our democratic experiment to save it, we have to make sure Republicans are on board, and America generally. We need to think big. I want fighter jet flyovers, Beyoncé performing something, Kanye’s tweeted decline, a giant American flag the size of Canada and tens of thousands of fans — I mean citizens — screaming “USA!” I want power, glory, and, well … 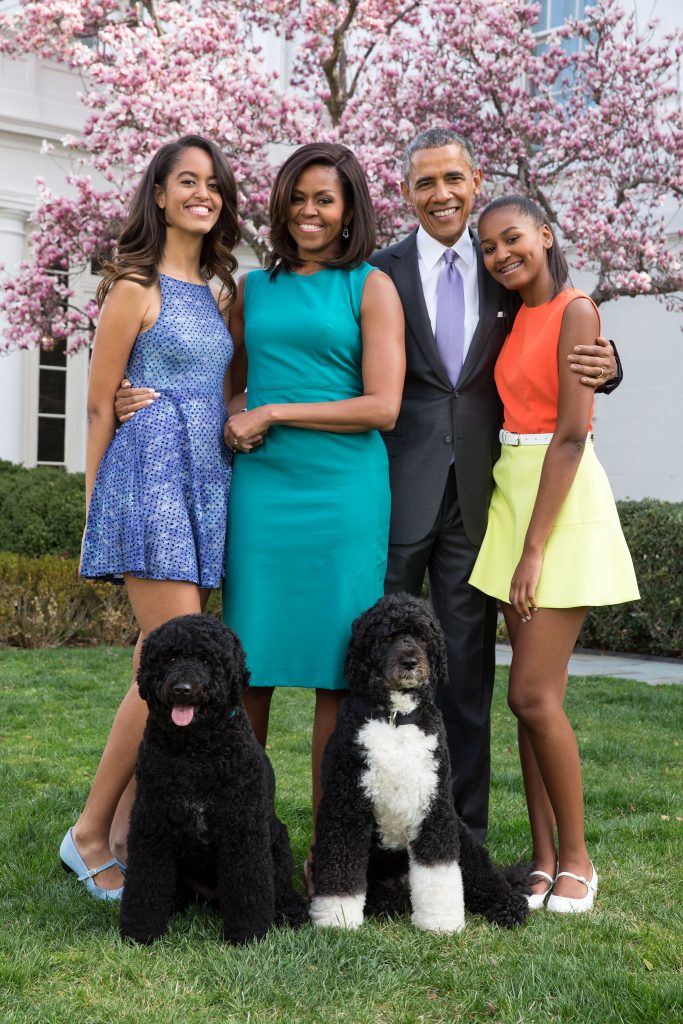 The House of Hussain

Obama will step down as planned come January 2017, but before that, and preferably before either party’s convention, he will have transferred power to his daughter, Her Imperial Highness Empress Malia Ann of Chicago, and begin the Hussainid Dynasty. Not to be confused with the late King Hussein of Jordan, nor the 18th-century Husaynids, who ruled from Tunisia but were Greco-Turkish in origin.

The United States of America was very consciously modeled on Rome, which survived many centuries as a Republic, but eventually succumbed to its martial ways, corrupt politics and aggressive rhetoric. Though Caesar was stopped before he allegedly could become emperor, Gaius Octavian, who styled himself Augustus, became the actual first Caesar of Rome, initiating an imperial turn from which Rome never returned.

But it’s not like Rome just disappeared. For centuries, Rome remained a great empire. Afterward, at various times in history, powers from the czars of Russia to the Ottomans of Constantinople claimed the Roman mantle. If we really are Rome, as so many commentators have insisted, then let’s be fully Roman.

It is the only way to save America.

The rise of the House of Hussain might just be the salve this great but ailing nation needs. Like Vladimir Putin, the empress won’t need to justify her foreign policy to the former electorate. Unlike Putin, one can expect future Emperors and Empresses Obama to direct federal, by which I mean imperial, funds toward infrastructure repair, climate change preparations, high-speed rail projects, fixing the MTA (if not deposing bloodily of its failed handlers) and probably a moon shot.

We should also get rid of Celsius, the metric system and soccer.

All this would also make the world more peaceful, or at least equitable. Why should I have to recalculate the temperature when I cross the temporary border that separates us from Canada? And if, for example, a truly Roman America would have to intervene in Syria, then we would have to offer Syrians the choice of death or citizenship, which might not go over too well on both sides. That would make our foreign policy interventions less likely to occur, but more likely to succeed when they do.

It is hard to see any shortcomings to this proposal, except that it may make the current electorate uncomfortable. First, an imperial assumption by Her Potential Highness the Empress Malia would require suspending many political rights and freedoms of most Americans, and second, it would probably mean moving preemptively against lots of politicians and power centers. We may not like what we have to do, but that doesn’t mean we have to. And anyway, there’s nothing wrong with it. Not morally at least. In fact it’s non-partisan and neo-conservative.

Many Trump supporters, and Republicans generally, believe that Americans of different colors or creeds are not equally American, and should have their rights, freedoms and securities curtailed, whether as citizens or more broadly as human beings. To make Republicans feel safe, we can and should suffer. After all, to whom else do we propose waterboarding? White militia? Do we propose killing the families of anti-Sikh bigots?

If indeed all Americans are equal, then any kind of American should be allowed to pursue policies that result in the restriction of other Americans’ civil rights. But, of course, denying people freedoms based on their sexual, racial, cultural or religious identity alone would be wrong. The only way to ensure this doesn’t happen is to deny all Americans their political rights, which would at least have the value of consistency.

This proposal is also perfectly neo-conservative. I’m not sure why treating America like some Americans want to treat the rest of the world is a problem. Many prominent Americans, including some running for president right now, seem to believe it is okay to invade another country, overthrow its government and install a new one, even if that process is violent and will lead to more violence. We have the right to. The world is better off, they claim, when America can do whatever it wants to anyone else anywhere.

For years, we’ve been told that America has to be an imperial power, that the rest of the world is better off with us in charge, that superpowers have obligations other countries don’t. Americans have long assumed that it is right and moral and proper to treat the rest of the planet like subjects, instead of human beings with sovereignty and dignity. Right now GOP Party Elders are pathetically scrambling to stop the hateful candidate their own rhetoric made possible — they should take a page from prior administrations.

When democracy promises a result you don’t like, overthrow that democracy. No one should mind if Americans are treated the same way we have repeatedly treated others, since, after all, the neo-cons, conservatives and liberal hawks certainly did not mean to argue that parts of the world be treated differently based on color or creed, but simple necessity. Stop the radicals and keep America safe. Right now that means nation-building at home. Literally.

Anyhow, we’ve been ignoring the United Nations whenever it was convenient, so we may as well reconcile how we treat the rest of the planet — funding the occupation of Palestine or enabling the Saudi war on Yemen — with our own democracy. Since Obama chose to punt on the Arab Spring, that means the question has been decided: We will not support democracy abroad, so we should stop supporting it at home. This way, at least, we won’t be called hypocritical and can just turn the U.N. into a plaything.

I would only note that if Obama does go ahead and do what’s necessary to save Rome, many Republican candidates might want to preemptively flee to Canada, or whoever else might take them in. Then again, we don’t want a casus belli — I’m sure Augustus never thought Germanic marauders would sack Rome, nor we that Canadians might loot Washington. But I figure we’ve got a few hundred years until then. Maybe we can get Trump to build a wall just in case.