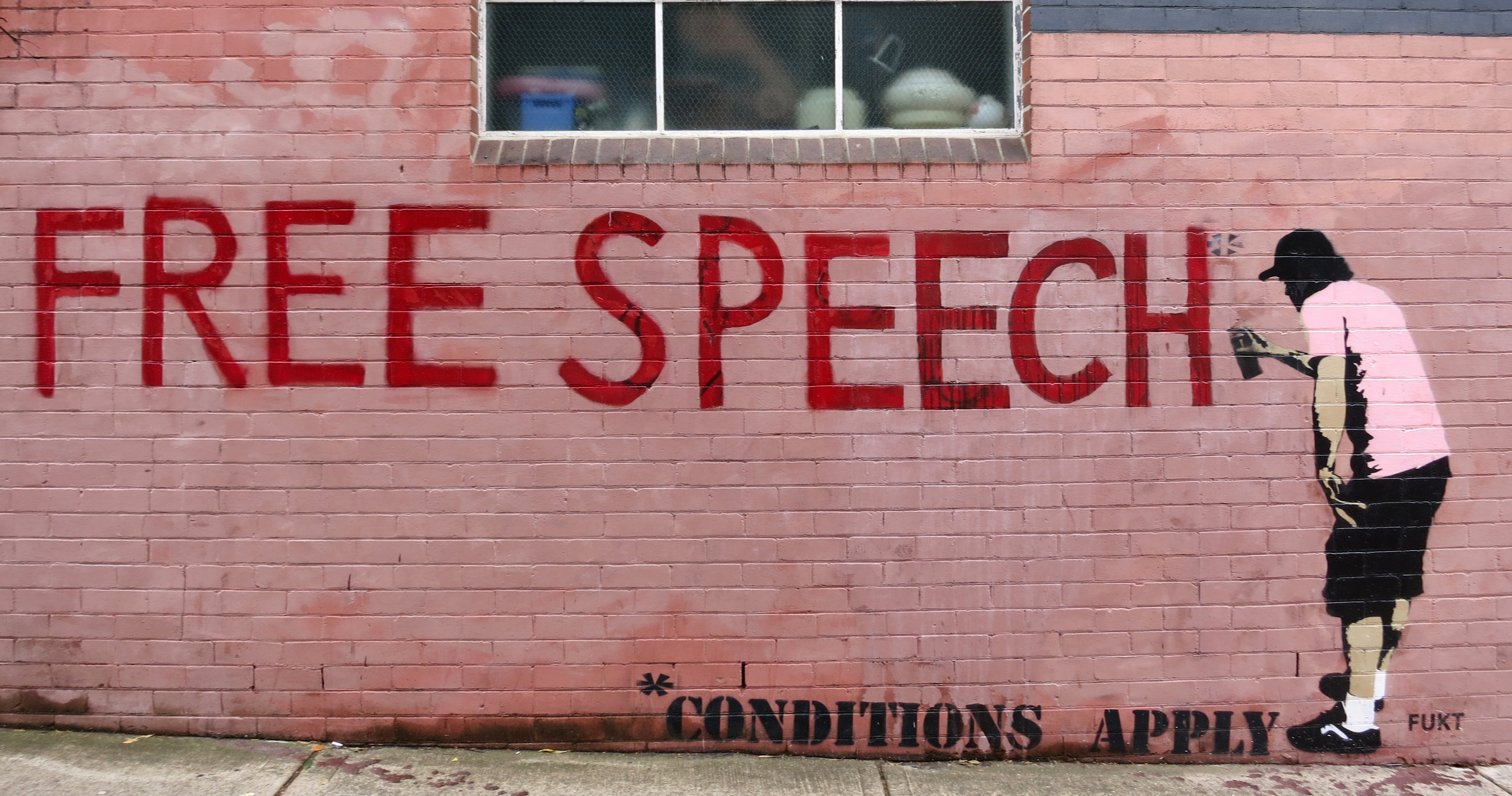 “Unregulated Talkativeness” and the Misuse of the Freedom of Speech

During a Saturday morning perusal of my bookshelf, I found myself looking for something to satiate a mood I couldn’t quite put my finger on. My usual historical nonfiction wasn’t hitting the mark. The narratives, though rich and intriguing, felt too glaringly ‘matter of fact.’

Fact, of course, has been a central topic of conversation in the national narrative lately. Likewise, so has truth. As a lifelong student of journalism, I have long engaged the meaning of both and attempted their pursuit as a professional in-the-field and student. So, I searched for a text that would shed some light on how to navigate this increasingly treacherous terrain in a more contemporary context.

Between the binds of books on journalism, mass communications theory, historical narratives on obscure but highly significant world events and the occasional memoir of a humorist, I spotted a small book I had forgotten about: Walter Lippmann’s Public Philosophy. I had read it in my early years as a student of journalism. Perched next to a domineering textbook on First Amendment philosophy, Lippmann’s work was overshadowed by the collection of texts that had inspired it. 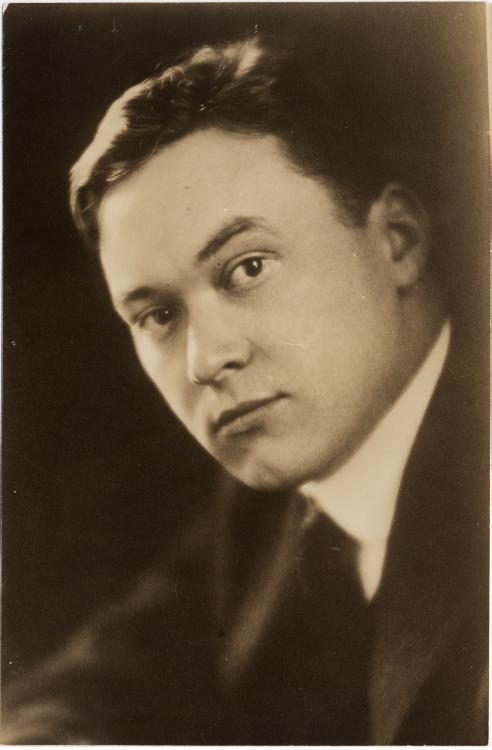 It’s an easy book to get lost. The small, thinly bound work is little more than 130 pages. My copy is one that I imagine a young, brooding James Dean-type character might carry in the back pocket of his jeans. Though it hasn’t seen any significant days of well-styled rebellion in my hands, it has witnessed a great deal of intellectual sparring. Its pages are yellowed, worn and dog-eared, its binding and cover creased and faded.

I picked up the book, and sifted through it. One passage immediately stood out.

“But when the chaff of silliness, baseness, and deception is so voluminous that it submerges the kernels of truth, freedom of speech may produce such frivolity, or such mischief, that it cannot be preserved against the demand for a restoration of order or of decency,” wrote Lippmann. “If there is a dividing line between liberty and license, it is where freedom of speech is no longer respected as a procedure of the truth and becomes the unrestricted right to exploit the ignorance, and to incite the passions, of the people,” the passage continued.

Though written in 1958, contemporary concern over fake news, misinformation, misdirection, make these words alarmingly significant today. Lippmann built on the ideas of those before him, but his contextualization of the issues surrounding freedom of speech is particularly compelling in light of the age of media explosion. “Silliness, baseness and deception” have indeed become “voluminous” to an extent that he likely could have never imaged.

The perversion of freedom of speech as a means to “exploit ignorance” is now unparalleled because we all communicate unhindered, and at an incredible speed. Freedom of speech seems to have taken on some all-empowering power and is used as a protection for anything uttered at all, regardless of why or what. First Amendment scholar Alexander Mieklejohn wrote in his 1948 book Free Speech and its Relation to Self-government, “When self-governing men demand freedom of speech they are not saying that every individual has an unalienable right to speak whenever, wherever, however he chooses. They do not declare that any man may talk as he pleases, when he pleases, about what he pleases, about whom he pleases, to whom he pleases. The common sense of any reasonable society would deny the existence of that unqualified right.” Mieklejohn used the example of a random individual making assessments about a patient in a hospital without the consent of a nurse or doctor. That discussion would be considered “out of order.” Ultimately Mieklejohn contends that the First Amendment is “not the guardian of unregulated talkativeness.”

In essence, everyone may have a voice and the right to use it, but in the process of meaningful debate, the procedure truth is broken when freedom of speech, as a honored right, is conflated with a general notion of one’s freedom to speak. This led me to the question: Is freedom of speech valuable without the “procedure of truth?” It’s unlikely.

“Truth” is a concept that has long been in the throes of debate. Perhaps the most significant contention is that a truth is only considered a truth so long as it can stand the barrage of intelligent questioning and testing.

The key, Lippmann suggested, can be found in the wisdom of John Stuart Mill, a 19th century English philosopher.

The beliefs which we have most warrant for, have no safeguards to rest on, but a standing invitation to the whole world to prove them unfounded. If the challenge is not accepted, or is accepted and the attempts fail, we are far enough from certainty still; but we have done the best that the existing state of human reason admits of; we have neglected nothing that could give the truth a chance of reaching us: if the lists are kept open, we may hope that if there be a better truth, it will be found when the human mind is capable of receiving it; in the meantime we may rely on having attained such approach to certainty attainable by a fallible being, and this is the sole way of attaining it.

If freedom of speech is designed to facilitate useful and meaningful progress in a society, the misuse of it destroys its necessity. It no longer serves a purpose, and as Lippmann suggests, may even create discord where it otherwise may not exist.

So, what happens when we value the concept of free speech but abandon the understanding of its purpose? We lose meaning, and ultimately we lose the process by which we derive, at least in the closest way possible, truth. We also lose the concept.

Perhaps we think that in the information-laden era in which we find ourselves, we are better equipped to discover the truth. After all, we have statistics and “facts” on our side. We’ve documented them, put them in databases and can search for them with a tap of a few buttons and a few choice keywords. However, as Mill and Lippman suggest, it’s not facts that are the key to truth, it’s the contextualization of those facts and the understanding of them within their circumstances that allow us to establish the weight and meaning they should be given, or if they are meaningful at all. There are, after all, a plethora of meaningless facts.

The question is, as a society, are we prepared philosophically, technologically, or even conceptually, to reengage the procedure of truth?

Mill tasked us with two things. One, we must accept the challenge to prove a truth false. Two, if we fail in this challenge, we must understand that though we may not have proven the truth to be false, we are still not certain of its truth. We have not proven the “truth” to be true. However, we must also accept that we have done what is necessary to work toward establishing a truth and move forward, but with the understanding that continued challenging to that truth may, in time, find it to be false. The human mind must stay open to its own fallibility.

What Mill was describing, to some extent, was the importance of open-minded debate. Without debate, the seeking of truth is meaningless and cannot exist. Without a desire to seek out “truth” beyond fact that lacks context, meaningful expression is nonexistent.

Information, discussion, news — whatever way in which we utilize our freedom of expression — is only valuable when it adds to the debate or the meaningful pursuit of a contextualized understanding of situations, events or realities.

The question is, as a society, are we prepared philosophically, technologically or even conceptually, to reengage the “procedure of truth”?

If we continue to conflate the ideas of “fact” and “truth” and mistake the ability given by the freedom to speak with the incredible responsibility of the freedom of speech we will ultimately find ourselves in isolated vacuums, screaming out meaningless information to no one,reinforcing our existing thoughts. We will have all but abandoned the procedure of truth, and devalued a society right and responsibility. Freedom of speech is central to democracy, and without it we have no means of forward-moving independent thought.

Our existing means of communication have lulled us into a false sense of interaction when, in reality, we are increasingly isolated from debate. We’ve isolated ourselves, nestled into pockets of like-minded thought and stayed there until our own perspectives have been so far reinforced that others seem like impossibilities, not alternative perspectives. Our “debates” are little more than a series of spewed facts, without context and meaningful analysis of established or emerging “truths.”  True debate requires doubt as well as information, disbelief as well as criticism.

While it may seem as though the First Amendment needs protecting, it is also true that a better understanding of it could serve as protection for us. Meikeljohn wrote:

Just so far as, at any point, the citizens who are to decide an issue are denied acquaintance with information or opinion or doubt or disbelief or criticism which is relevant to that issue, just so far as the result must be ill-considered, ill-balanced planning for the general good. It is that mutilation of the thinking process of the community against which the First Amendment to the Constitution is directed.

Perhaps then, our concern over actions that infringe on the First Amendment should be focused on both the protection of freedom of speech and the people who exercise the rights granted by it. There is equal and increasing danger to both.