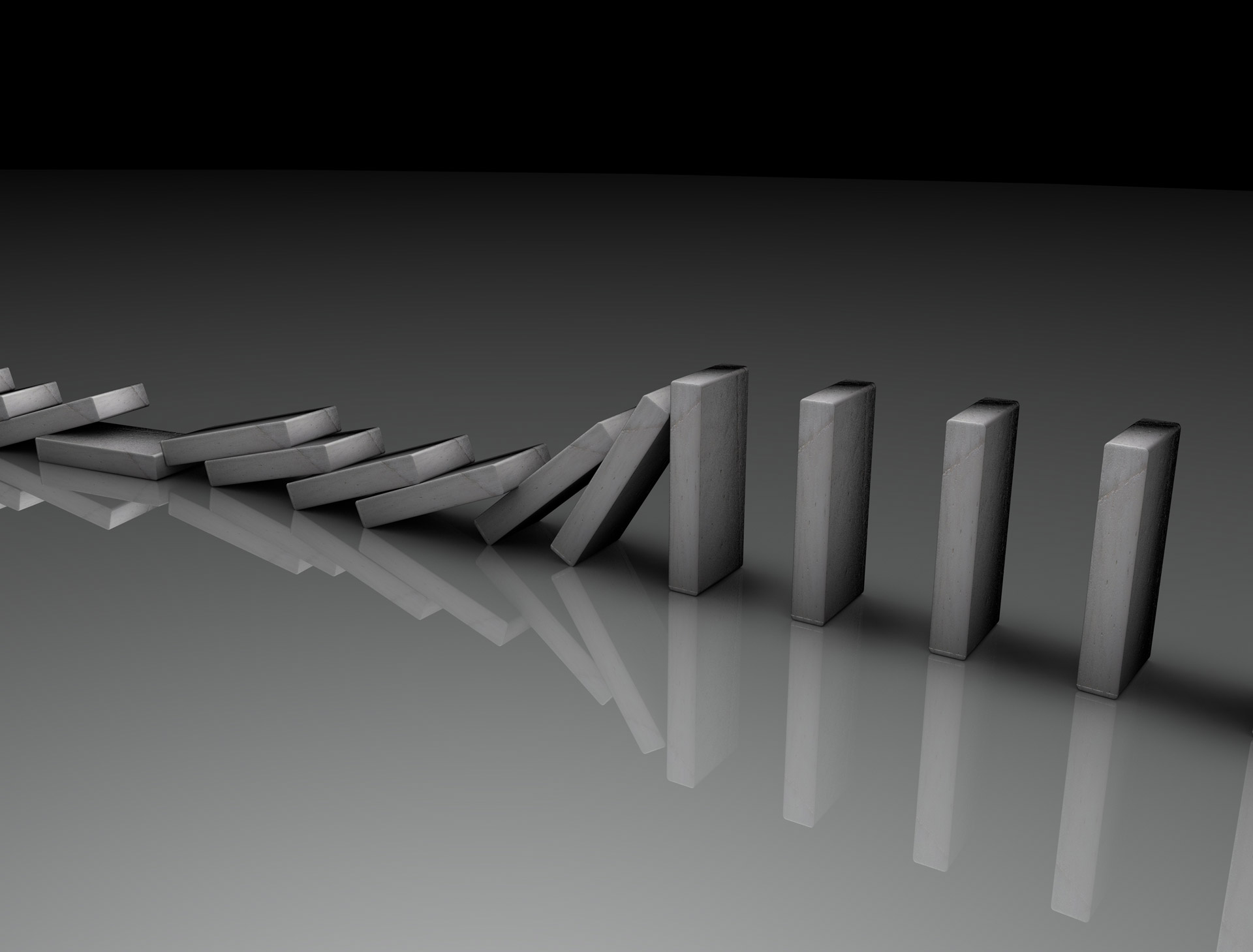 US Elections: Muslim Reactions Around the Globe

Statements made directly to TIM via email.

Early this morning, Hillary Clinton called Donald Trump to concede the hotly contested presidential election that has consumed the nation for the past 18 months.  TIM ran a year long series dedicated to the election and the opinions from a variety of American Muslims.  Today, we bring an ongoing page featuring the reactions by Muslims around the globe.  TIM asked each to write 2 sentences that conveyed their sentiments day after election. Here is what they said to us.  This post will be refreshed throughout the day.  Names are listed alphabetically.

TIM ASKS:  HOW ARE YOU REACTING TO THE ELECTION IN TWO SENTENCES? 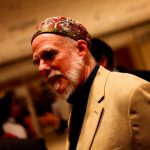 Often a detriment brings about good.

Beautiful patience.
Wisdom in word and deed.
Creation is in good Hands.
. 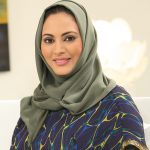 As a female, a Muslim, a first generation American, the results were scary. There are more serious fundamental issues between White American and the rest of the US that must be addressed. However these are long term solutions working on school curriculm to help people understand tolerance and inclusiveness. Right now, the fight will be not to lose the right and dignity that were gained through very long and historical marches through history. To ensure that the voices of the most vulnerable are not drowned. That we overcome Hate, and love hope win again.. It is going to be a tough 4 years. 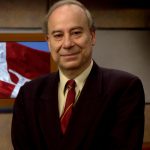 Trump’s victory is a moment in history when everything appears uncertain and the entire planet is apprehensive. The question is – will President Trump now set a course to unite people and set aside some of the ideas and values espoused by candidate Trump? The world will wait anxiously for the answer. 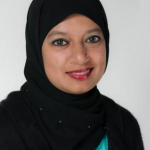 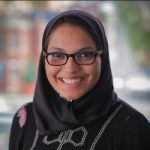 This is a wake up call for American. organizing moves mountains. We must all come together tomorrow and continue fighting on the momentum we have built and come out stronger not in four years, we will make that change now! 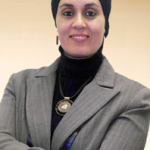 Of course, I am feeling very depressed about this result. However as Muslim community leaders and representatives, it is important that we do not fall into victimhood. This is the time when we must stand up strong for our communities and our youth and lead by example, for ourselves and for future generations.
There is wisdom in everything that happens. Allah made this happen and  now we must look to Him to heal the divide in our communities and our nation. 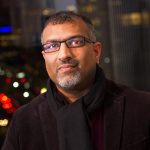 We see in the outcome of this election the consequences of continued separation between American Muslims and our neighbors.  It is easy for us to retreat into our Muslim bubbles, but it is imperative that we continue to engage with the societies in which we live so that fear of the other does not continue to grow. 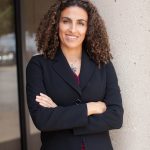 Democracy provides the opportunity for citizens to swing the pendulum of politics according to changes in societal norms, demographics, economic developments, and other factors that shape a society.  Trump’s narrow victory is a backlash by citizens who fear the consequences of demographic changes taking place in America, including the election of the first African American president.  So long as the democratic system is preserved, future election cycles will evince a push back by the other half of America who did not vote for Trump because they embrace America’s diversity and reject the bigotry that brought him to power. 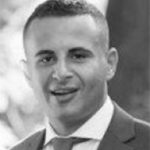 Islamophobia, sexism, racism and xenophobia won resoundingly.  White supremacy is far from a relic of the past, but alive and well. 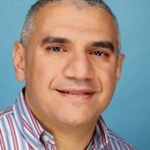 That the same electorate who twice elected Barack Obama could elect someone like Donald Trump demolishes any naive assumptions about the United States having successfully transcended racial divisions.  While we do not yet know the details of the Trump coalition, I suspect it will be clear that race was the single most important determinant of how Americans voted. 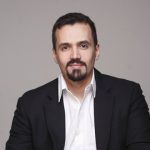 H. A. Hellyer: Author and Senior nonresident Fellow at the Atlantic Council 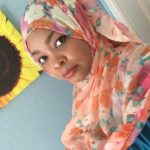 My ancestors survived the Atlantic slave trade and Jim crow; so I know that every time there is some progress for Black people, there is a White backlash: Reconstruction -> Jim Crow; Civil Rights –> Reagan era;

My motto is to hope for the best and prepare for the worst. We have a long road ahead of working to get White Americans to divest from the corporate interests that oppress us all. 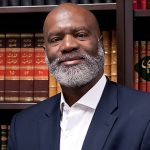 A coward dies a thousand deaths; a soldier dies but once.  Last night simply made it official:  No more hemming and hawing; no more blue smoke and mirrors.  Muslims must figure out and articulate who they are and what they want in and for America, clearly, definitively, with courage, conviction and most of all integrity. 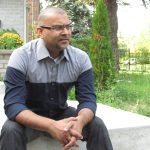 Troubles are ahead for sure, but America is not doomed. Those who believe otherwise don’t understand  the constraints on Presidential powers, the wisdom of the separation of powers doctrine, exaggerate the difference between the two candidates and assume that all Trump voters supported his full package.  Most voted for change from the status quo.  This was the necessary catharsis to get two Americas to talk to each other and not at each other. 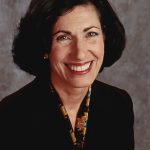 Mourn only briefly. Now is the time to build coalitions and alliances — including the people that voted for #POTUSTrump and that he will betray — for a big win in 2020. 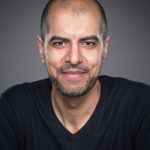 I don’t care if you’re Sunni or Ithna Ashari, Ahmadi or Ismaili, a secular Muslim or a cultural Muslim, even if you’re Republican or Democrat. Because if you identify as a Muslim today, you don’t feel safe today, and that is all that matters. Right now we have to take care of each other. Because who else will? 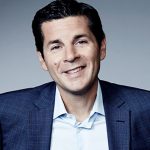 We must inspire each other on this dark day that best days for us all are ahead of us- and not because it sounds good but because it is true. I can promise you with complete certainty that if work together for a common good in the end we will prevail. 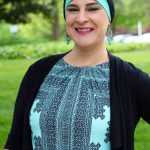 Today I am going to allow myself to be human and grieve so that I may replenish my energy for the long battle for civil rights, women’s equality, and healing that will be needed over the next couple of years. I have never wanted to be as wrong as I am today for what I imagine a Trump America to be. 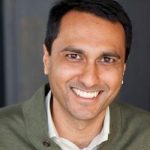 I’d quote Vincent Harding’s great line, ‘I live in a country that does not yet exist.’ And I’d add: but it is worth building. So let’s do that. 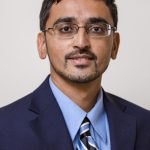 The American people chose bigotry over progress. Those Americans including people of color who voted for Trump should be ashamed of themselves. However, they are not the only ones at fault. The Democratic elites were tone deaf and did a horrendous job in connecting to Americans. I hope and pray that we can get through this new Administration. 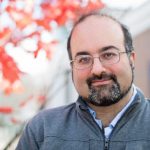 I send my love and support to Muslims, immigrant students, African-Americans, gay/lesbian folks, poor folks, women, and all of us who have a different hope and vision for what it means to be American.   Yes, to have gone from America’s first black president to a president-elect who was endorsed by the KKK is devastating.   But we are going to continue educating, mobilizing, organizing, standing up, and speaking out.    It is what we can do to create a beloved community inside the ummah, and in the world.  If we want to see an America that we are proud of, we have to build that America. It is not in our present, and was not part of our past, it can only be in our shared future.    Yes, so many of us feel fear and dread. But we refuse to give up on hope. That hope has to come by reaching out and embracing all those who are fearful and vulnerable right now, and tomorrow, and day after tomorrow. 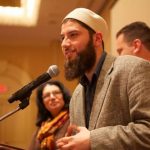 Unfortunately, last night’s election have made clear that there is a far greater tolerance towards racism, xenophobia, and Islamophobia in America than we would like to admit. Our leaders are a reflection of who we are.  However, there is hope that last night’s election serves as a wakeup call for the entire country and political establishment to reexamine who we are, what we are becoming, and where we are heading, and to work collectively to change course for the better. 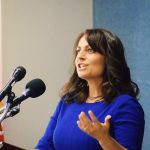 I will never give up on a country that gave me opportunity and refuge. Our hope is that the new administration gives American Muslim women a seat at the table. Our work doesn’t stop. 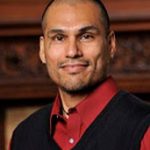 The election proved that ‘divide and conquer’ is still an effective political strategy.  The question moving forward is whether the country can survive the social and political fallout or whether a New America is here to stay. 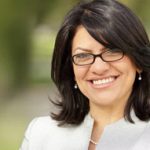 As a mom, I am going to tell my two boys to focus  on all those millions of people that stood up for love not hate yesterday.   As a former elected legislator and someone that has seen what unqualified, hateful leadership can do to ordinary families, it is time for an awakening.  We now are shouldered with the burden of defeating fascism in our time, and we can and will win, if we take this fight seriously and to the streets. 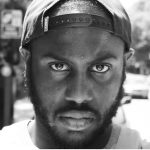 I believe more than ever we are about to see unraveling of preconceived notion’s about the American dream. Today we have the option to wake ourselves from the slumber we have invested in to build new interpersonal realities that can push back against the hate and bigotry that is forecasted. 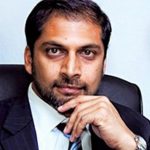 Everyone is afraid.  Those who supported Donald Trump are afraid of those who supported Hillary Clinton and vice versa. Demographics are changing and the minority will soon be the majority. This election result is the culmination of the frustration and anger of many being channeled into a singular purpose at a singular moment. Muslims need to do the same.  Take their fears, frustrations, and angers, find those that think like you and reach out to those that do not by making the political process among the highest priorities for our community. Remember this feeling otherwise we will repeat this moment. 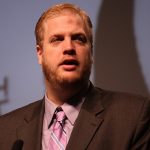 In the Prophet’s darkest hours in mecca, under tremendous pressure and odds, God sent to him, “Stay steadfast as God commanded, you and those who follow you.” Qur’an 11:112. Today, as we stand battered and saddened by a Trump victory, we must find strength and in that verse. Let us use this outcome to strengthen our commitment to faith, reducing our divisions and organizing with others to oppose any effort to undermine the rights, humanity and dignity of any person, here in the US or outside of it.