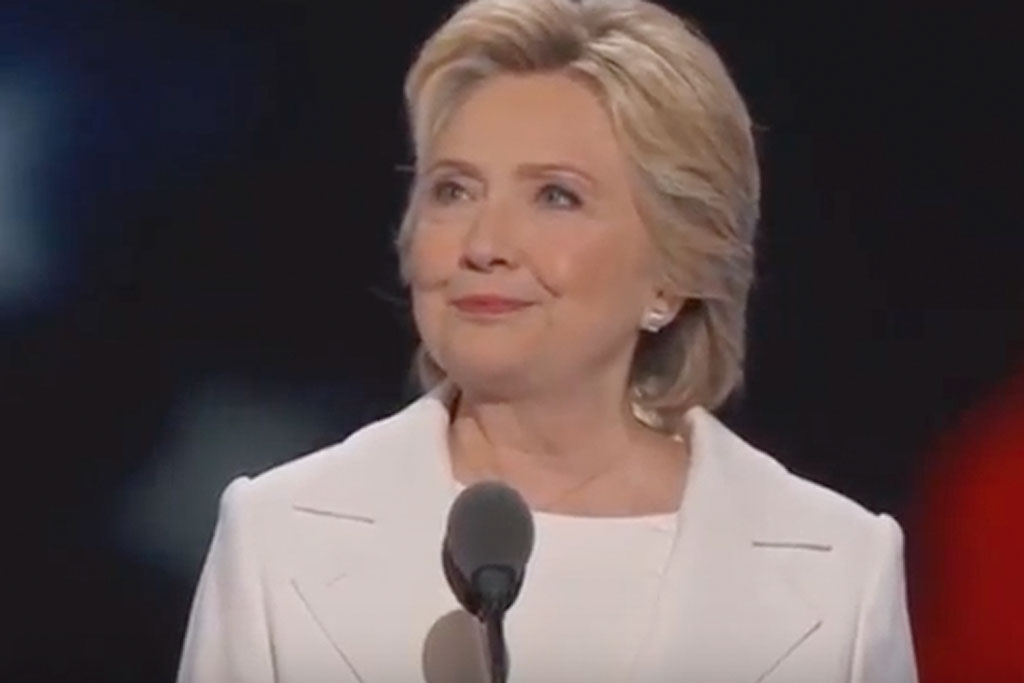 On the final day of DNC, we witnessed powerful speeches and tributes just before Chelsea Clinton introduced her mother, the first woman to be nominated by a major political party in U.S. history for President of the United States, Hillary Clinton.  There was basketball star-turned-statesman Kareem Abdul-Jabbar, who laid full claim to Thomas Jefferson’s legacy defending freedom of religion; a recording of an oft-repeated stump speech by Hillary recounting the death of Captain Humayun Khan, one of fourteen American Muslims who sacrificed his life so that his fellow soldiers could escape harm; and last but not least, the father of Captain Khan, Khizr Khan figuratively knocking out the bully Donald Trump with a Constitution-laden blow, representing so many American Muslims who endured having sand kicked in our faces for too long.

Three tributes by and for American Muslims held during prime time directly before the most important speech of the night was not an accident. Make no mistake – this is exactly the way Secretary Clinton wanted it. It is part of a continuing narrative that I witnessed personally working in Secretary Clinton’s bureau at the State Department for two years. She has always made it a priority to include those who have been on the margins, including American Muslims, even when the cameras weren’t rolling. And she brought in countless talented American Muslims – including myself – to serve alongside others to help make this country better.

Politics is not a clean and easy game – anyone wanting to stay completely pure best leave it be. And if you idolize politicians and expect perfection from them, you’re not doing politics right. But if you are pure of vision, you are exactly the type of person who needs to stay in the fight. We need to stop playing the short game – basing our support on temporal stands on issues and hoping politicians do the right thing – and start playing the long game – supporting those politicians who include marginalized communities as equal partners in governance, where they will continue making a difference for their whole career. We need to move beyond advocacy to empowerment. We need to stop asking things of people who serve and insist instead to be the ones who do the serving.

No American politician, save possibly President Obama, has brought more talented Muslims into public service than Hillary Clinton. Starting with her trip to Beijing in 1995, where she sought out and included American Muslim women as part of her delegation, to her loyal reliance on Huma Abedin, a proud American Muslim woman who carries her position with dignity and grace despite numerous attacks, to the dozens of American Muslims she recruited and hired at the State Department during her last tenure, Hillary Clinton has never seen American Muslims as an afterthought, but a valuable resource from the very beginning of her political career.

‪#‎ImWithHer‬ in November and I hope you will be too.

Shahed Amanullah is co-founder of Affinis Labs, creator of the Zabihah halal restaurant guide, and former Senior Advisor for Technology at the US State Department, where he served under Secretaries Clinton and Kerry.