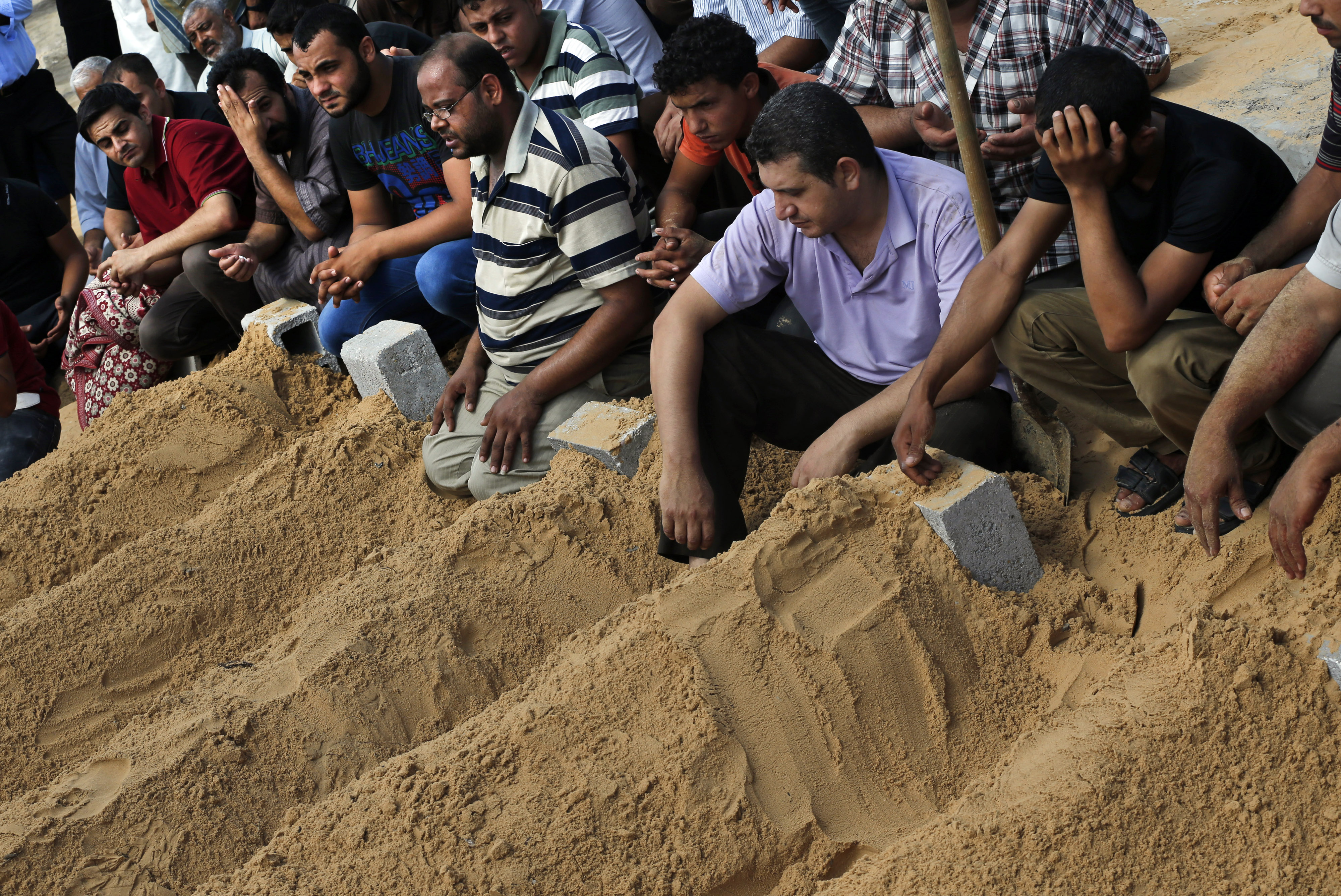 “Everything, all those great things, had happened so far away–or so it seemed to [Mma Ramotswe] at the time. The world was made to sound as if it belonged to other people–to those who lived in distant countries that were so different from Botswana; that was before people had learned to assert that the world was theirs too, that what happened in Botswana was every bit as important, and valuable, as what happened anywhere else.” ― Alexander McCall Smith, The Double Comfort Safari Club 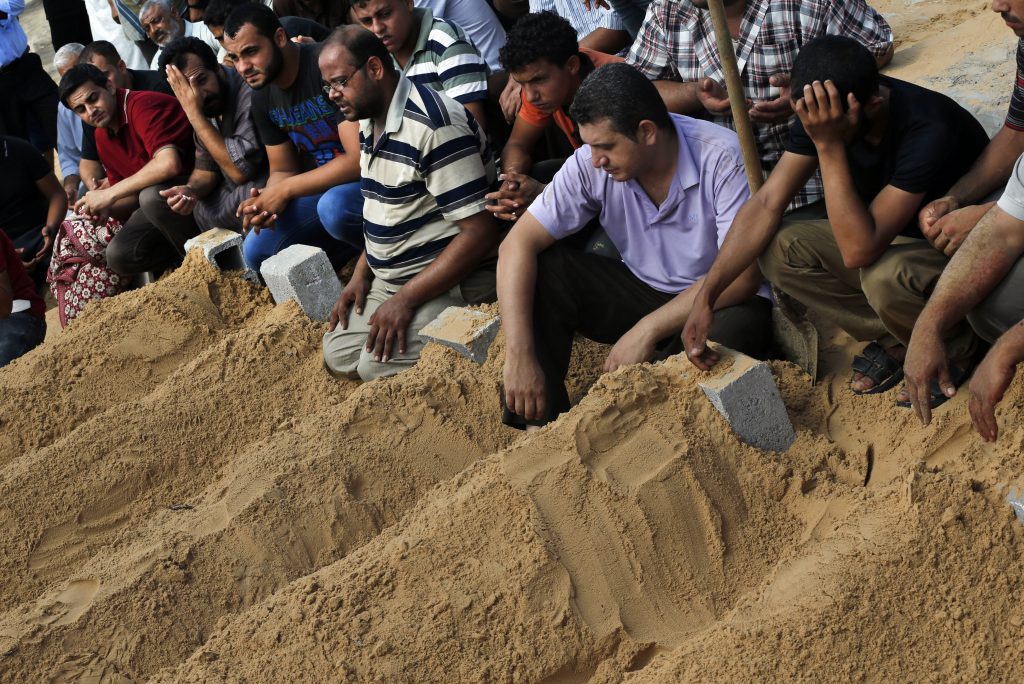 Perhaps as she was uttering the supplication for breaking a fast, as Muslims traditionally do, “the thirst is quenched and the veins have been moistened”, a 70-year old elderly woman in Gaza was killed by an Israeli airstrike right as she was breaking her fast on the 2nd day of the onslaught on Gaza this Ramadan, now well into its 14th day. The image of her aged lifeless hand and a fallen spoon on a bloodied iftar meal sent chills down the spines of those who saw it, sharing it on Facebook or other social media outlets, as a desperate plea for humanity, a cry of condemnation. 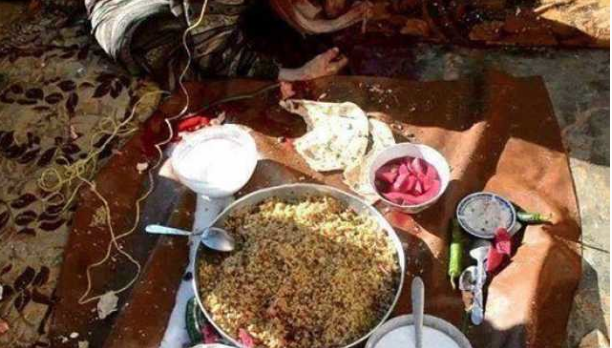 As Gazzans have been victims of relentless Israeli attacks that reaped more than 500 lives so far, half of whom are women and children, and the war is ongoing, one may ask is there global regard for Palestinian life?  How has political power framed violence, and has that devalued the loss of lives around the globe, most recently today the Palestinian one?  Judith Butler  writes in Frames of War: When is Life Grievable? that certain “forms of racism instituted and active at the level of perception tend to produce iconic versions of populations who are eminently grievable, and others whose loss is no loss, and who remain ungrievable.”  When US media plasters images of the three Israeli teenagers whose death was used as a pretext to justify this ongoing massacre, but continues to frame this conflict as a war between two equal sides and does not, with the same journalistic rigor, publish the names and stories of Palestinian “casualties” and treats them as mere statistics, it sends a clear message to Gazzans: that your lives, your souls, your memories and your existence are not important. We are not moved by your oppression and you are less human to us than a white American or an Israeli settler.

Is it the case that the majority of Americans and US officials do not sympathize with Palestinians?  One could argue that from its onset, the narrative used to justify Operation “Protective Edge” has been alarmingly racist. When extremist Israelis chant “Death to Aravim” in the streets of Jerusalem, when teenagers tweet that they’re upset Israel killed “only” 50 children, and when an Israeli lawyer encourages the IDF to “kill all Palestinian mothers” on her Facebook page, such rhetoric is painfully and ironically reminiscent of  fascist calls for the genocide of Jewish people on the basis of their race. Just recently, Netanyahu and official Israeli propaganda continues to justify the attacks on Gaza as self-defense, placing the any civilian death on Hamas for sending rockets into Israel in the first place. Claiming its right to defend itself from “Hamas” and “terrorists”, using such words so loosely to describe all of the 1.5 million people living in Gaza, grants Israel a dangerous carte blanche to exterminate any Palestinian, male or female, old or young, born or unborn in that tiny landlocked strip. The same racialization process of the blanket usage of the category of “terror” used in Gaza today, is the same one that justified the US invasion of Iraq, Guatanamo Bay, the Patriot Act and NSA spying on Muslims (and even anti-Muslim Brotherhood prosecution in Egypt). By making Gazzans or Muslims “less human” through a measured political process of (mis)representation, it begs the question: can Americans really grieve Palestinians when the few who do decry such hardline policies and the death of innocents fear being labeled as “terrorist sympathizers”, “unpatriotic” or “anti-Semites” to deter and intimidate them from calling a spade a spade? In Palestine today, Israel uses typical colonizer lingo to paint the image of the colonized as barbaric, savage and brown terrorist scum thereby making it OK to “kill them all.” 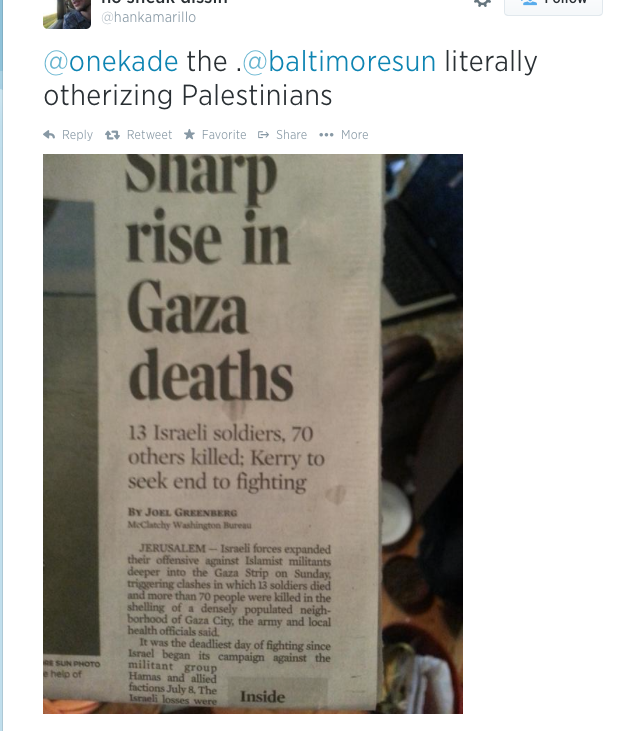 The “Othering” of Palestinians. Clip from local newspaper today

Perhaps the atrocities are so grave that there are a few promising signs of an American awakening to the suffering of Palestinians that did not exist in previous Israel attacks on Gaza. Some celebrities are tweeting (but almost immediately deleting) #FreePalestine, pro-justice marches are being organized worldwide garnering huge turnouts, and John Kerry seems secretly outraged with Israel’s callous handling of this attack. But is this enough? Are these renewed death tolls finally enough for America to get past its hands-off approach when it comes to Israel (even though this slow process of ethnic cleansing has been happening for 60 years)?

In a recent blog post, Imam Zaid Shakir of Zaytuna College compares criticism of Israeli policies in America as akin to being in a slavery plantation. When Dwight Howard tweeted a brief message of sympathy with Palestine, he received huge backlash and retracted his tweet, as if to send the message, in Imam Zaid’s words: “you better not say anything the master doesn’t like, or prepared to get “whipped.” So while there may be outrage at Israel’s indiscriminate killing of innocents, the fear of AIPAC’s political and economic stronghold in the US will ensure that the status quo continues to rest on the dehumanization of Palestinians. To be sure, this biopolarity in US perceptions of Palestinians did not exist in 2008 or 2012 but is it really a good sign when for every single positive step American public opinion takes towards humanizing Palestinians, 10 steps are taken to retract that action?

While American support for Gazzans is still weak, there are millions around the world that are or are becoming outraged by this asymmetric onslaught on innocents. “Share button activism” seems to be the only display of solidarity for many: every tweet, repost or share humanizes Gazzans. It is one step closer to what the people of Gaza really need from us: global, organized, collective action to pressure policy makers and public opinion to end the occupation in Palestine; the root cause of this despicable onslaught. And perhaps it is closer than we think. It would serve American public officials and media outlets well to cease its blind bias towards Israel. Perhaps the liberation of Gaza will come with the liberation of US public opinion from propagandist control. To humanize Palestinians is to be just to the value of every human life.  Indeed, every drop of innocent blood shed is precious and worthy of mourning. But, let’s be honest with ourselves: we can’t humanize Gaza because it is being framed as a war on terror.  Yet again.  And the civilians who are murdered, children, babies, women included, are seen and labeled as terrorists.  The blood of the elderly woman pictured above, and all those children, does not just evaporate and no amount of tears shed can rectify their brutal deaths. 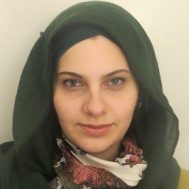 Farah El-Sharif is a researcher in contemporary Islam and politics and is currently doctoral candidate at the Near Eastern Languages and Civilizations Department at Harvard University.