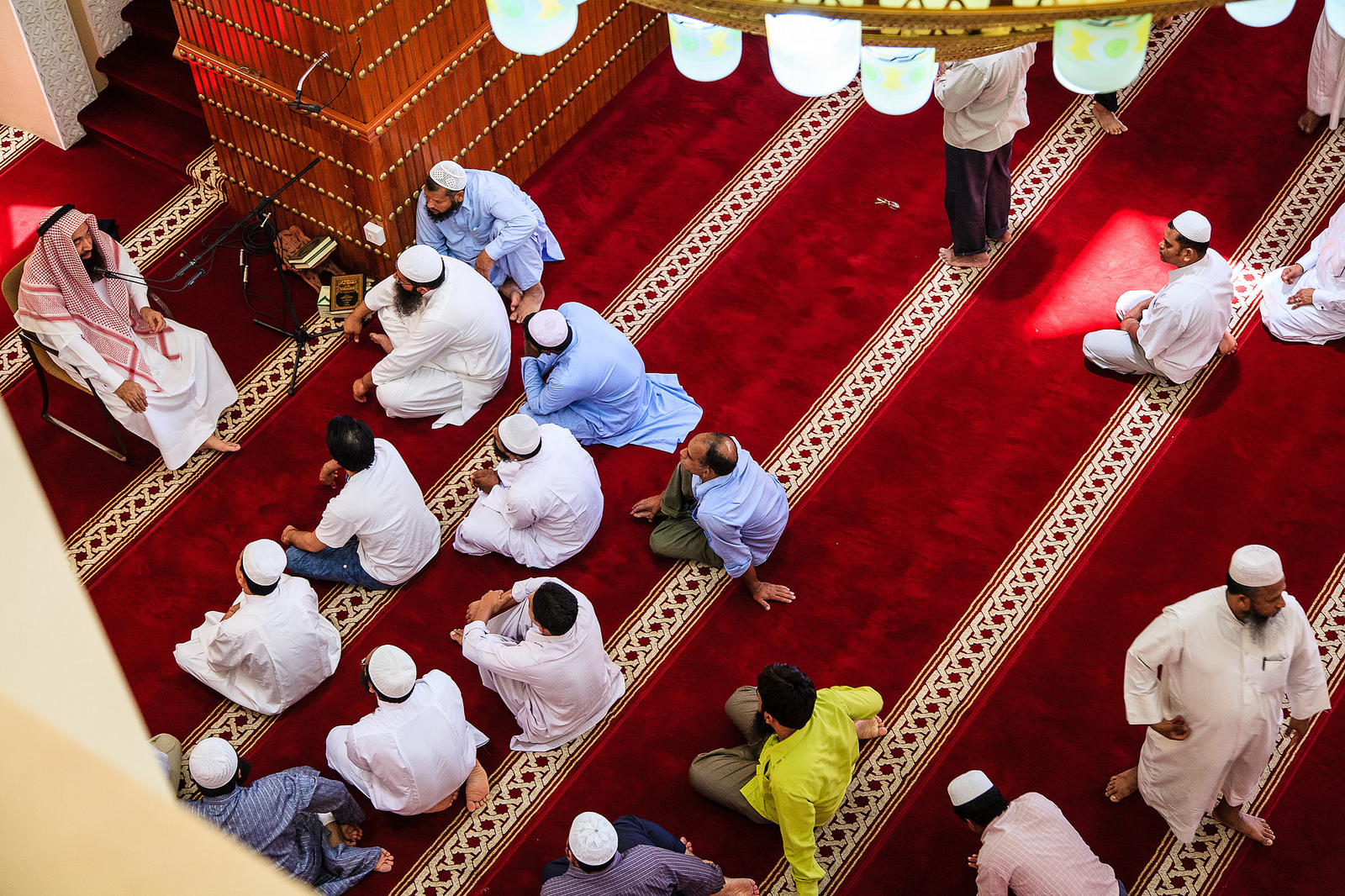 The Performative in Islamic Scholars

What does Islam say about nuclear weapons, global warming or online dating? Does Islam have a ready-made answer to the most current modern issues? Although a lot of the time scholars will admit when Islam can’t speak to a certain issue or problem and they must take a more modest approach, more people listen to and enjoy the scholar who can wow the audience by his or her ability to apply the “Islamic view” to any given issue. Where does this idea come from, that Islam can — or should — speak to everything?

When the demand put on the scholar is that he or she should make Islam speak to everything, the scholar’s domain of expertise knows no limits. This approach to scholarship turns the scholar’s use of knowledge into a performative demonstration of the scholar’s grasp and application of the tradition (the Qur’an and the Sunna) to any given issue.

This performative approach to knowledge is not concerned with arriving at proof, or what in Islamic logic is called the “Qiyas,” or striking an analogy between the Quran and the Hadith, a classical approach to Islamic reasoning. Rather, the performative approach seeks to illuminate the issue at hand by providing a series of references to the sacred sources for the purpose of illuminating something about that issue from an Islamic point of view. The performative approach is about satisfying the given issue with a sprinkle of sacred Islamic knowledge on it. This sprinkle of knowledge produces the effect desired from the audience, which is to make Islam relevant to the given issue and in turn to bring the tradition into a more practical and lived context for Muslims. The performative approach to knowledge does not seek to reaffirm the law or to create a new law; it seeks to enliven the tradition, to make the tradition something that is tangible to everyday life. The more the scholar has adequately addressed the topic at hand with a blaze of references, the more the audience is satiated.

The performative approach produces a shared product, a surplus of knowledge derived as much through the style and aesthetics of the scholar — their mode of appearance, dress, the incantations in their speech, humor, etc. — as much as through the textual references and erudition of the scholar. If the performance is successful, what is produced is a new form of tawhid at the level of knowledge. Tawhid may seem to be a strange term to invoke in this context as it signifies divine oneness, which of course is a central tenet of the Islamic faith. However, what the scholar is seeking to produce is a form of unity at the level of practice — if the performance is successful, he has opened a space where the transcendent dimension of the tradition can come down to earth and walk among everyday Muslims.

Have Muslim scholars always delivered their teachings in this form of the performative? According to the work of Olivier Roy, a prominent French sociologist of contemporary Islam who wrote The Failure of Political Islam, this tendency should be located in recent history. Roy’s book, which is now considered a canonic work on political Islam, albeit a controversial one, helps readers understand the more recent historical context of Muslim scholars. Roy argues that the popularization of Islam throughout Muslim-majority countries, a process that coincided with a population boom in the 1970s, led to what he calls the “popular scholar,” which emerged on the ruins of the failure of political Islam.

For Roy, political Islam was a Leninist-inspired set of movements throughout the early to mid-20th century that failed and gave birth to “post-Islamism” — a set of social movements that offered a more horizontal, grassroots expansion of Islam among the masses. Roy says political Islam died because the core of the Islamic tradition holds that society is bound together by virtuous individuals in horizontal relation, not vertical relation based on a central sovereign.

More generally, Roy argues that the very idea of a central sovereign — i.e., the Western state, or an Islamic state modeled off of a Western version of the state in power over a Muslim body politic — inevitably commits shirk, or false association with God, and will constantly face a crisis of legitimacy from an Islamic perspective. The state must gradually wither away in an ideal Islamic society. This is the core reason why Islamist political movements failed in the 20th century: They adopted a leftist, pseudo-Marxist approach to seizing state power. After Islamism failed, the discourse on the state was replaced by a discourse on society, which is the model of the Algerian FIS and the Muslim Brotherhood. Politics was replaced by morality and with this moral focus on the grassroots; former political organizations adopted mainstream democratic procedures and became willing to work with non-Islamic forms of governance. The sequence Roy documents helps us see the outgrowth of two distinct phenomena in the wake of the failure of political Islam. The first was fundamentalist, or quietist Islamism that abandoned politics and also refused to cooperate with non-Islamic forms of society/governance. The other outgrowth was this wider transformation of Islamism itself, a transformation that has shaped much of mainstream Islamic thought writ large.

The Rise of the “New Scholar”

Concurrent to the decline of elitist political Islam, a population boom took place within Muslim-majority societies, followed by the pains of globalization starting in the early 1970s. These changes brought about a new segment of proletarianized Muslims who had very little access to Western academic opportunities and grew up in conditions of poverty and lack of resources.

The “new scholar” emerged within this milieu aiming to appeal to this segment of Muslims. He is mostly self-taught and operates outside the Western university. His constituency are marginalized Muslims often deprived of Western training. The new scholar may have madrassa training, but he is a tinkerer with the tradition. He aims to absorb as much commentary from the Quran and hadith as possible and, from this basis, he eschews Western pedagogy, particularly testing or evaluation of his knowledge. This refusal of evaluation is tied into the new scholar’s critique of the ulema (religious leaders) and particularly of the system of taqlid, where authority is granted to scholars in a lineage of scholarly authority. The new scholar differs from the classical Islamist intellectual, who was both more open to Western modes of thought and more comfortable with integrating the discordant bases of Western knowledge (non-Islamic knowledge) with Islamic thought.

Within this new configuration of popular knowledge transmission is a theory of tawhid (unity). Because knowledge cannot be fragmented as it is in the Western university, the scholar’s ability to arrive at an authentic Islamic view on a given issue is based on his ability to develop a proper unity (tawhid) of knowledge confined to the core sources. This tapping into tawhid constitutes a break from jahaliya (pre-Islamic ignorance). What emerges is a new theory of the way in which Islamic thought ruptures from the confines of modernity and enters into its own distinct relation to unified knowledge of its own past.

Access of this knowledge happens through the performance of the new scholar and in being able to bring everything back to the Quran and the prophetic sources. Roy notes that this performance of knowledge achieves insan kamil, wherein the scholar comes to embody the “Perfect Man” — originally a Sufi concept. Insan kamil adds a mystical component to the new scholar: Achieving this state is what grants him access to divine knowledge, i.e., it is what grants the scholar access to the absolute. All of this is premised on a break with Western knowledge as well as the “corrupted” knowledge of the ulema.

For the new scholar, “Knowledge is a mystical object, which is refracted and fragmented into the many facets of the world.” This mystical knowledge is also tied into a new theory of conversion: Once this state is achieved, the scholar undergoes a “mental conversion.” The performance of unified knowledge brings the scholar to a transcendent platform, or haqiqa, that re-situates Islamic knowledge, granting autonomy both to the scholar and to the knowledge produced.

The important part of this performance of unified knowledge is the way in which scholarly validity is reached. Instead of a process of deductive or inductive reasoning, or any other rational methods, the new scholar arrives at the truth upon entering into the transcendent platform itself — i.e., the performance itself grants scholarly legitimacy to the act of scholarship. This model of knowledge transmission has diffused into popular scholars today. As Mahdi Tourage notes in his study of convert preachers at the Reviving the Islamic Spirit convention in the U.S. and Canada, through performance with Islamic knowledge, convert scholars come to embody the “perfect Muslim.” There is a residue of the new scholar mold of knowledge transmission that is still alive today in conventions such as RIS. When scholars invoke the notion of an ideal, Islamic golden age and a perfect past that has been lost, such appeals should be read in line with the transformation of the scholar ushered in by the new scholar.

But there are alternative models of scholarship to that of the new scholar and the performative approach to knowledge. One such example is the Muslim poet and philosopher Allama Iqbal, considered the grandfather of modern day Pakistan. For Iqbal, Islamic knowledge was developed differently than the performative model we have outlined here. Iqbal had no problem with combining Western knowledge of the humanities and science into the workings of Islamic knowledge, but he still wanted Islam to say everything. The difference is that for Iqbal, Islam could only say everything when it entered into a mystical state of experience and prayer, which was not tied to the domain of rational deliberation. Iqbal’s mystical theory of knowledge is a much more achievable thing to arrive at —compared with the mystical knowledge of the new scholar — because Iqbal embraces science, philosophy and non-Islamic paradigms of knowledge despite his claim that Islamic knowledge remains the highest form of experiential knowledge. But Iqbal’s theory of knowledge can be equally criticized for harboring a type of elitism and remaining out of touch with the everyday, non-specialized Muslim.

The residue of the new scholar remains an important phenomenon that continues to influence scholars today and we should understand it in its full historical and populist context. While this approach provides an avenue for making knowledge accessible to everyday Muslims, it is important not to lose sight of the exchange relation at the heart of the performative approach. Michael Muhammad Knight, a prominent white convert to Islam and noted author, has argued that that neo-traditional approaches to Islam sell Islam as a commodity, a staple of entertainment, where the exchange derived is a feeling that Islam is made relevant in one’s life. The question this raises is whether the performative scholar can escape this sort of exchange relation to Islamic knowledge and still reach a wide, non-specialized audience? Does the scholar lose all relevance the moment he abandon the performance? 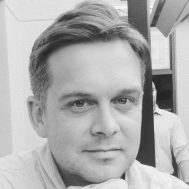